"They tend to go for the neck, face, and any exposed areas first, and then, if not discovered in time, they may proceed to eat the rest of you." 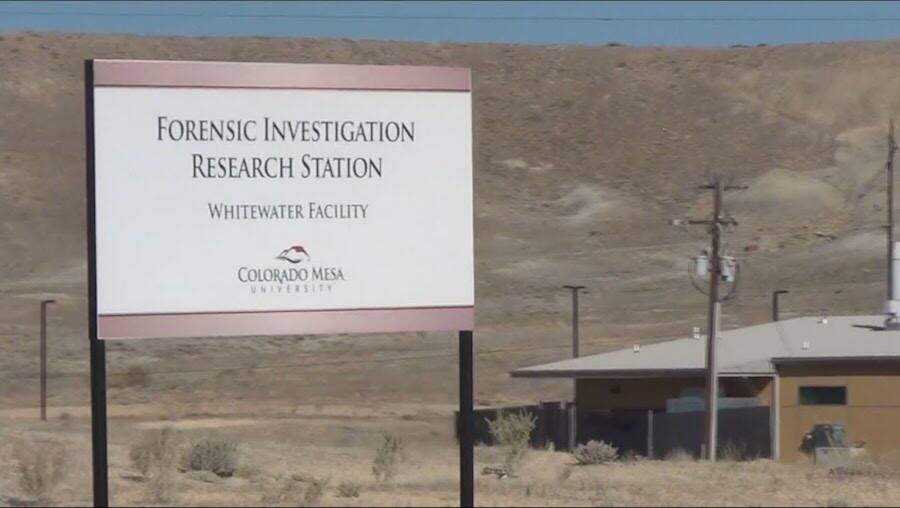 YouTubeThe Forensic Investigation Research Station in Whitewater, Colorado laid out human corpses to study their decomposition. They didn’t expect to be accosted by scavenging cats.

We domesticated cats millennia ago, but their predatory instincts are still very much ingrained in their DNA — just ask anyone who’s owned a cat. It thus probably shouldn’t come as a surprise that a common house cat may not hesitate to eat you shortly after you die.

For the Forensic Investigation Research Station in Whitewater, Colorado, this couldn’t be any clearer.

According to IFL Science, when the research team placed 40-plus corpses outside to thoroughly document their various stages of decomposition, a couple of feral cats snuck by to munch on the easy prey.

This was surprising mostly because feral cats tend to prefer to hunt for their meals rather than scavenge. The observation is thus integral in better understanding the behaviors of feral or wild cats.

Indeed, forensic anthropologist Carolyn Rando asserted that cats, wild or domesticated, will humans as soon as they expire. “Yes, your pets will eat you when you die, and perhaps a bit sooner than is comfortable,” Rando told BuzzFeed News.

“They tend to go for the neck, face, and any exposed areas first, and then, if not discovered in time, they may proceed to eat the rest of you.”

A Vox video details the process of human decomposition.

Rando explained that a domesticated cat “becomes distressed and may attempt to ‘wake you up,'” when its owner dies, and that “this could trigger an instinctive behavior, resulting in more wounding and eventually consumption of human tissue.”

While this doesn’t explain why the wild cats in Whitewater were so eager to scavenge, the researchers hope their study will help thoroughly explore these behaviors.

In one similar incident Rando documented in 1994, a man who died at home was almost entirely defleshed by his 10 cats which ate the skin on his head, neck, and one of his arms “right down to the bone.”

As it turned out, the man had died of a prescription overdose — so the cats did too after they feasted on his poisoned body.

But the two most egregious observations that the Forensic Investigation Research Station detailed in their study regarded the bodies of a 79-year-old woman and a 70-year-old man.

One feral cat snuck onto the body farm and fed on the woman’s fat layers and soft tissue, so the researchers placed the body in a cage to prevent scavengers from accessing it for a week. Remarkably, after removing the stricture — the very same cat returned only to continue feasting on the corpse.

The animal continued to do so for 35 consecutive days. 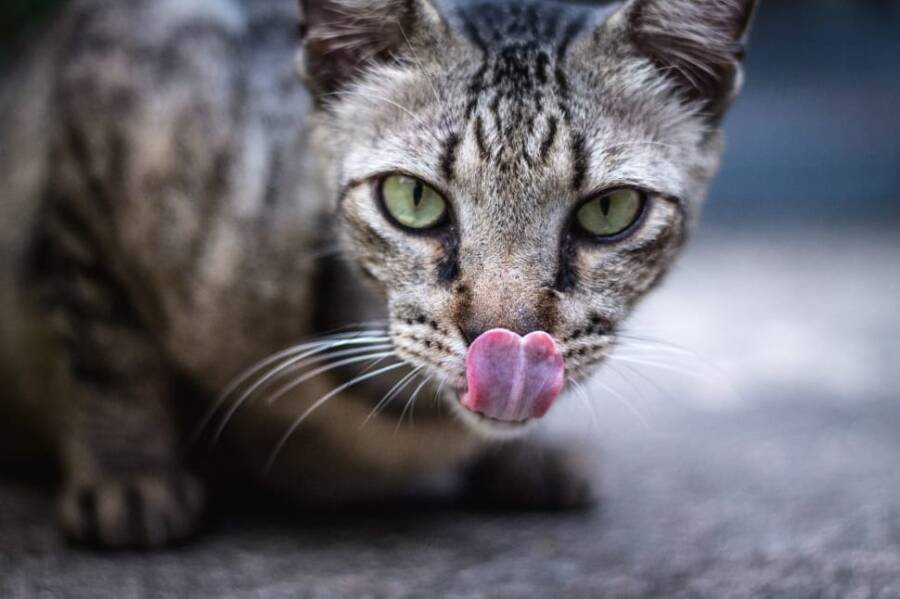 PeakPXForensic anthropologist Carolyn Rando explained that cats will often start to eat their owners mere moments after they die. It’s the wild cats that are surprising as scavengers, as they typically prefer to hunt.

By the end, the woman’s breasts were eaten and the bones in her upper left arm were completely exposed.

The second cat decided on the 70-year-old man and returned to eat his flesh for 10 out of 16 nights. Oddly enough, the animal then disappeared for an entire month before returning to feast on him for another two consecutive nights.

“What appeared to be the same cat was seen on game cameras throughout the facility but showed no interest in any of the other 40-plus adjacent donors,” the study explained. “The cat did not scavenge new donors placed around the time of scavenging and in a similar stage of decomposition.”

The findings at the Whitewater body farm have since been published in a study in the Forensic Science journal.

Researchers also hope that this work will aid investigators in distinguishing between postmortem and perimortem tissue damage. After all, precisely assessing whether or not a found body was injured horrifically by animals or a human can mean the difference between murder and natural consequence.

Ultimately, the fundamental lesson here is for cat owners to die somewhere other than their home — or to opt for a closed casket.

Next up, read about this groundbreaking study that shows how cats first spread around the world. Then, learn about how the USDA once fed cats and dogs to kittens to study toxoplasmosis.