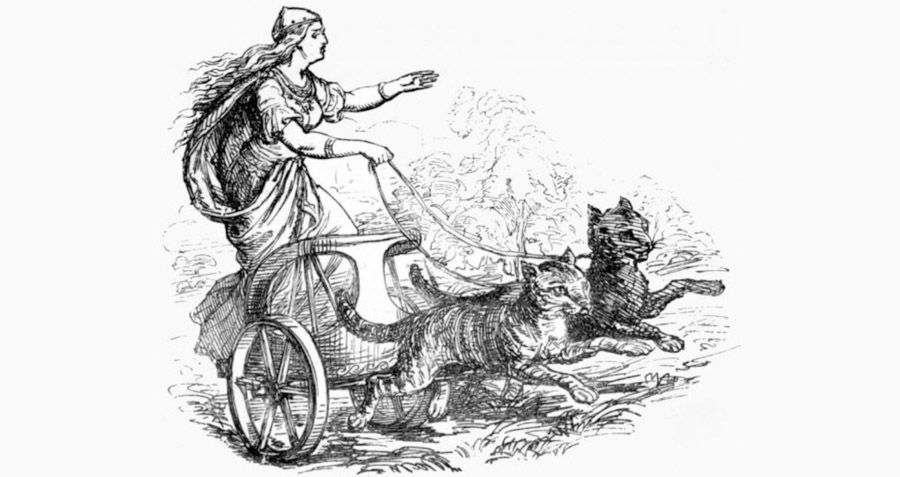 While the house cat is all but ubiquitous today, the question of how domesticated cats became so prevalent across cultures has riddled researchers for some time. And now, researchers believe they have an answer.

According to the groundbreaking new study — presented at the 7th International Symposium on Biomolecular Archaeology in Oxford on September 15 and reported in Nature — cats have been with humans for over 10,000 years and took some rather interesting routes in their conquest of the world’s ancient civilizations.

In analyzing the mitochondrial DNA of more than 200 cats that lived between 15,000 years ago and 200 years ago, researchers found that the story of cat-human companionship begins in the Middle East approximately 12,000 years ago, when some of the world’s first ever farmers began taming wild cats because of their usefulness in eliminating rodents that would infiltrate grain stockpiles.

Then, around 6,000 years ago, ancient Egyptians began truly domesticating — and deifying — cats for the first time. From Egypt, the researchers found that cats then spread to present-day eastern Europe as well as sub-Saharan Africa.

It wasn’t long before these civilizations began taking cats on their travels across the seas. Just as cats were useful in eliminating pests on land, they could do the same on boats.

Once cats found themselves aboard boats, they could truly spread to all corners of the globe, from an eighth century Viking settlement in modern-day Germany to the New World.

“I didn’t even know there were Viking cats,” said Harvard Medical School geneticist Pontus Skoglund, in response to the new study.

In conducting raids across Europe, Vikings were likely especially important in bringing cats to new areas and making them the commonplace companions they are today.

Although the researchers behind the new study charted the road to feline ubiquity for the first time, there remains much more to be studied. Next, the researchers hope to analyze feline nuclear DNA — which provides more refined information than mitochondrial DNA — to uncover more about the spread of cats around the world.

Next, check out the bizarre animal photography that pioneered cat memes 100 years ago. Then, step inside the world of cat lovers and check out the Moscow cat theatre.