The initial report found that nearly 4,000 cats were killed since testing began in 1982, costing taxpayers $22 million. Fortunately, backlash has since caused these practices to come to an end. 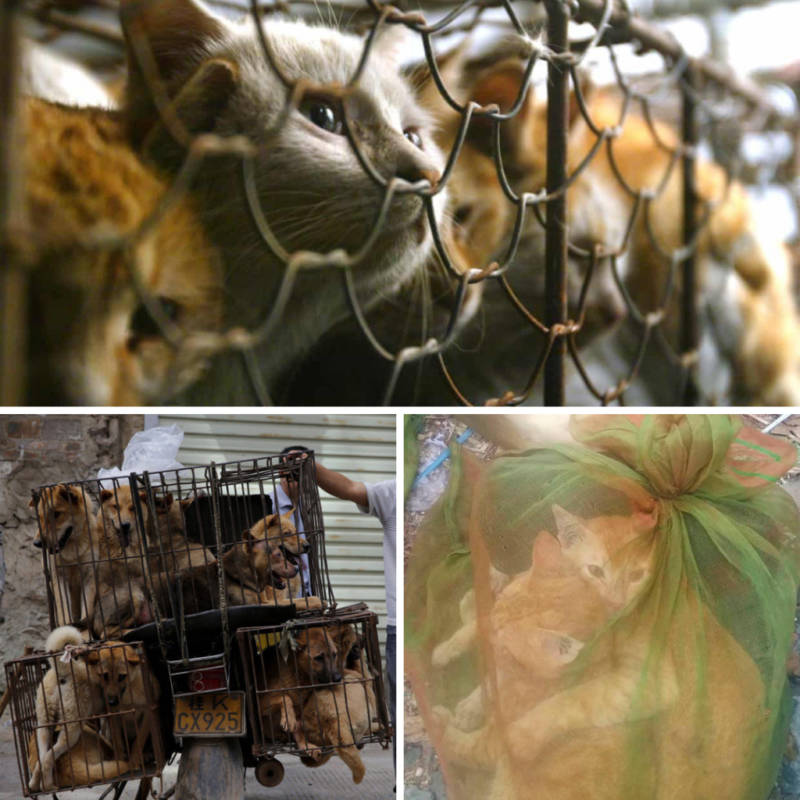 Scientists working for the U.S. Department of Agriculture in Maryland conducted a variety of ghastly experiments on cats for “needless” research, according to watchdog group White Coat Waste Project’s (WCW) report released on Tuesday.

After purchasing hundreds of dogs and cats from “Asian meat markets,” these scientists fed dog remains to cats and injected cat remains into mice, WCW said. According to NBC News, the watchdog group’s raison d’être is assessing how prudent or wasteful governmental spending on animal testing is.

In this particular case, the WCW found nothing of value to be gained from the experiments it investigated. 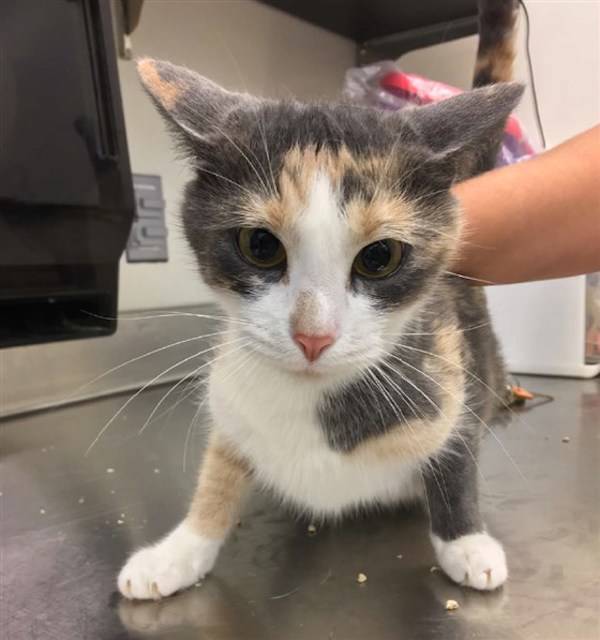 WCWA cat purchased by the Maryland lab. It was used as a breeding tool and toxoplasmosis experiment subject.

The USDA claimed in its reports that some of the experiments were centered on studying the various causes of toxoplasmosis — one of the world’s most common parasites and food-borne illnesses, infection of which can result from eating undercooked contaminated meat or from exposure to cat feces.

Those particular tests were reportedly conducted between 2003 and 2015, and saw more than 400 dogs from Colombia, Brazil, and Vietnam get euthanized. More than 100 cats from China and Ethiopia were killed for this study as well.

While the gravity of euthanizing what the western world sees as pets is certainly controversial in and of itself, the fact that the USDA purchased these animals from suspect, likely unregulated markets — which thereby jeopardizes the study itself — adds yet another element to the scandal.

“Some of these cats and dogs were purchased by the government from the same Asian meat markets that the U.S. Congress roundly condemned in a House Resolution” in 2018, the WCW said.

As it stands, the watchdog group is set to share these findings (which were compiled and constructed from the USDA’s own published research documents) with Congress — in a report titled “USDA Kitten Cannibalism.” 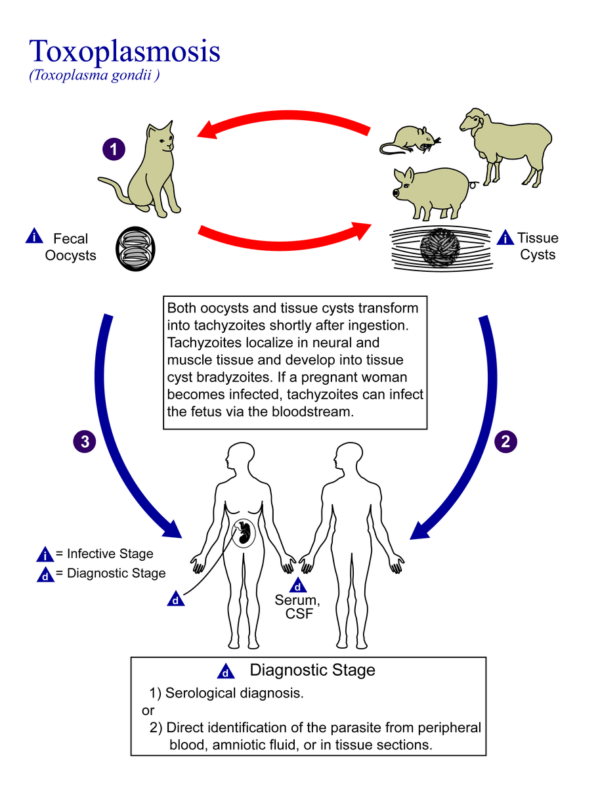 Wikimedia CommonsAn illustration of the cycle of Toxoplasma gondii, the causal agent of toxoplasmosis.

Testing took place at the Agricultural Research Service’s Animal Parasitic Disease Laboratory in Beltsville, Maryland. This wasn’t the first time lawmakers have scrutinized this facility, either, as the killing of cats intentionally infected with T. Gondii — the parasite that causes toxoplasmosis — previously garnered their attention.

The USDA has been breeding kittens here since 1982, feeding them raw meat in order to infect them with T. Gondii to then harvest the parasites from their stool for two to three weeks — and then euthanize or incinerate the cats.

“The details of these kitten experiments keep getting worse and they need to end now,” said Rep. Brian Mast (R-FL), the lead Republican co-sponsor of legislation attempting to end government-sponsored cat killings.

Some of the details in the WCW’s reports include feeding tissue from cat hearts, brains, and tongues to other cats. Other notable findings describe feeding those same parts of dogs to lab cats, or just directly injecting the tissue from infected cats into mice.

“The fact that the USDA has been rounding up pets and other innocent dogs and cats in foreign countries — including at Chinese meat markets condemned by Congress — killing them and feeding them to lab cats back here in the States is simply disgusting and unjustifiable,” said Mast. 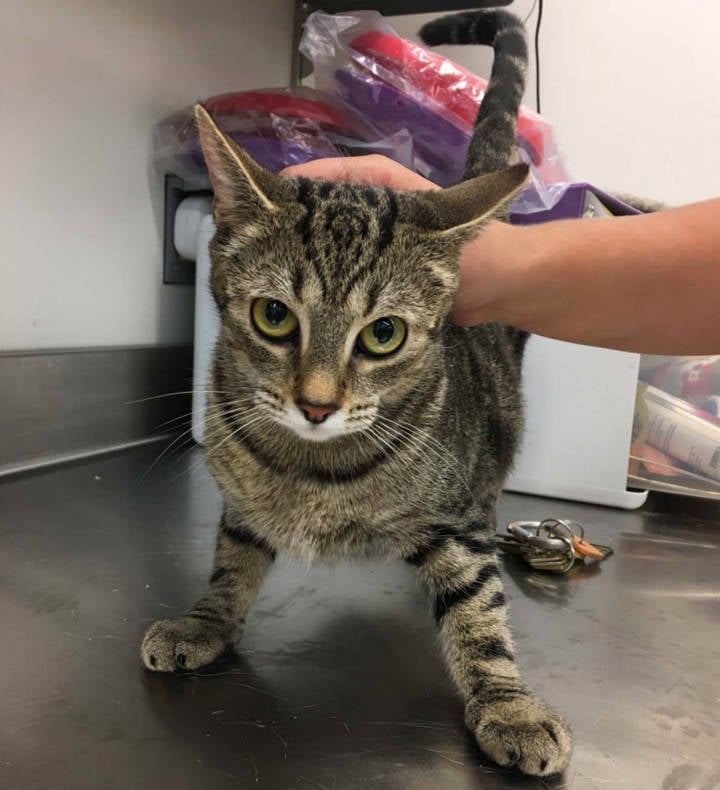 “We can advance scientific discovery while treating animals humanely, and American taxpayers have every right to expect our government will meet that standard,” he said, adding that passing the aptly-named “Kittens in Traumatic Testing Ends Now” (or KITTEN) legislation is vital to get that done.

While the Centers for Disease Control and Prevention (CDC) is adamant that toxoplasmosis is one of the leading causes of death from food-borne illnesses in the U.S., the public backlash stems more from the kind of treatment doled out to innocent animals than the USDA’s efforts to combat the disease.

CDC estimates say that more than 40 million Americans are toxoplasmosis hosts yet don’t experience related health issues — but the agency does warn that exposure to the parasite can have “severe consequences” for people who have a weakened immune system or are pregnant. 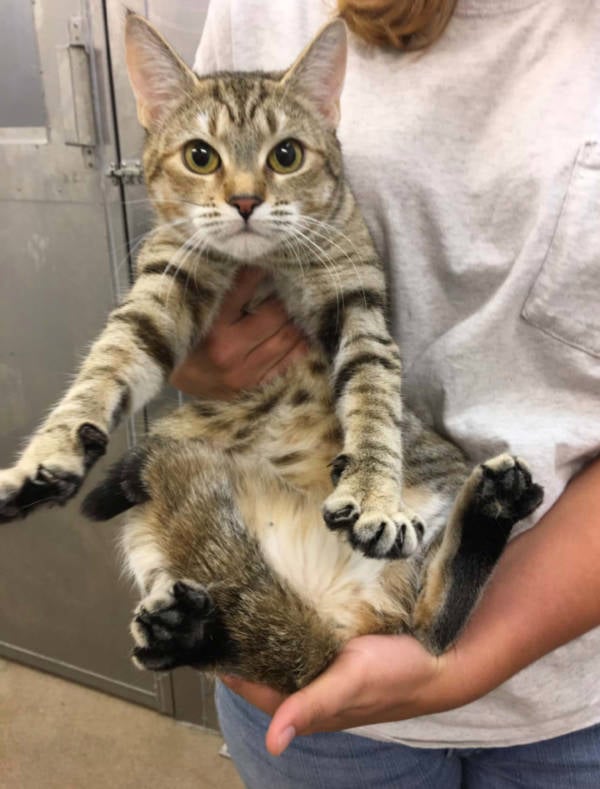 WCWYet another cat being used to breed and experiment on.

Nonetheless, both lawmakers and the WCW strongly believe that nothing of significant value has been garnered from this kind of approach to controlling the spread of infection. While Keen argued that the Maryland lab has collected some important data, they did so 20 years ago — and don’t need to keep sacrificing any more animals to forge ahead in their research.

Ultimately, the WCW said that the nearly 4,000 cats that have been killed since testing began, and the $22 million of taxpayer money used to facilitate this, have been an utter, inhumane waste. Not only did the group describe the project as needless, but expressed confusion at its logic, as well.

“These were all abnormal diets for cats, dogs and mice so likely irrelevant to natural toxoplasmosis biology,” the WCW report said. “Their scientific relevance and justification is questionable, at best, as is their relevance to American public health since we do not consume cats and dogs, and the practice is now outlawed in U.S.” 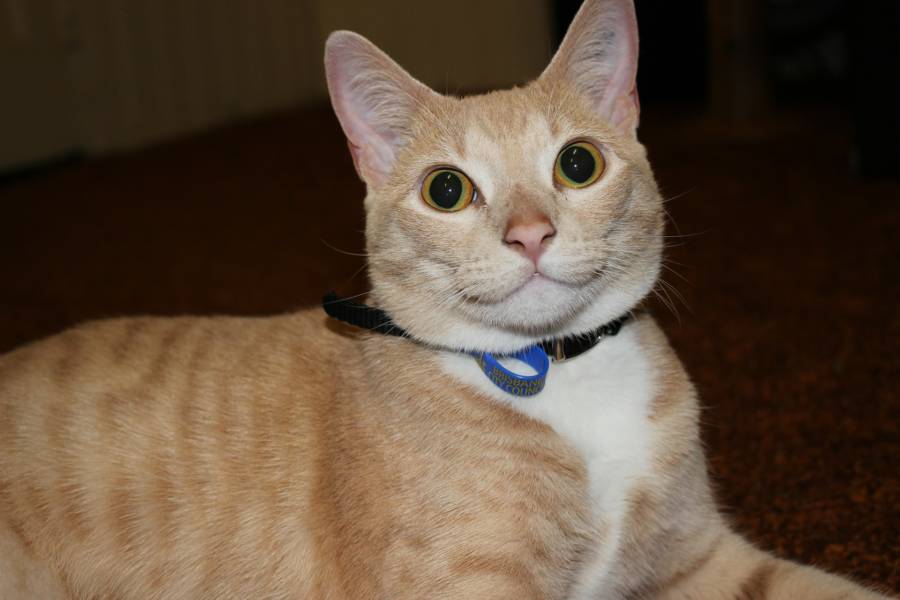 PixabayIn a heartening turn of events, the cruel research practices have officially come to an end as of April, 2019.

In a turn of events serving as a stark reminder that activism sometimes can reverse harmful practices, government scientists announced on April 2, 2019 that the cruel and lethal research program has come to an end.

According to NBC News, the USDA statement said its “toxoplasmosis research has been redirected and the use of cats as part of any research protocol in any ARS (Agricultural Research Service) laboratory has been discontinued and will not be reinstated.”

Sen. Jeff Merkley (D-OR) said the agency “made the right decision today, and I applaud them for their willingness to change course. It’s a good day for our four-legged friends across America.”

While the USDA failed to mention its practice of “cat cannibalism,” the statement did say that “ARS toxoplasmosis research has reached its maturity and ARS considers the project’s objectives for agriculture achieved.”

While the White Coat Waste project had argued the USDA’s newfound point all along — and that using $22 million of taxpayer money to conduct “needless” research added to the egregiousness — it’s certainly heartening to witness seemingly unimpeachable government entities switch course so rationally.

After learning about the USDA’s questionable research of the toxoplasmosis parasite, read about Robert Crosland, the teacher who fed a live puppy to a snapping turtle during class. Then, learn about how dogs understand what humans are telling them.