The West Africa Squadron faced the seemingly insurmountable task of trying to eliminate the slave trade for good. 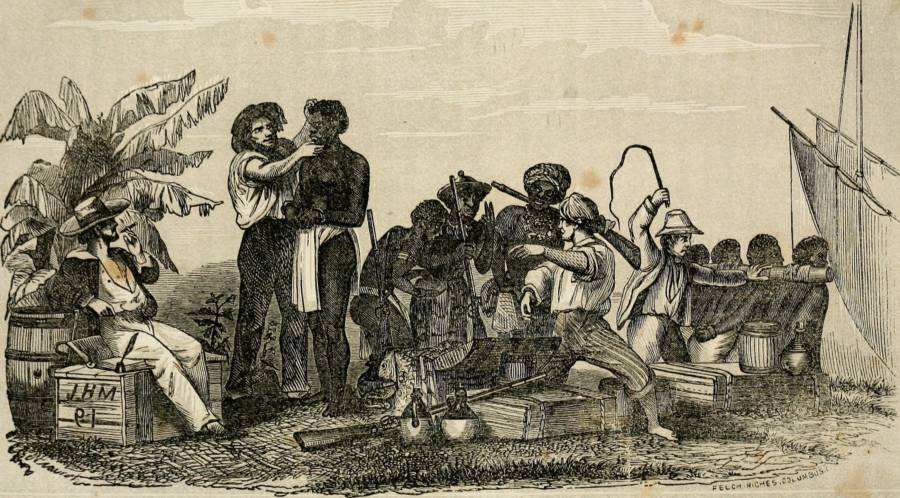 Wikimedia CommonsIn the 19th century, the British Navy set out to eliminate the slave trade in West Africa via the mixed-race West Africa Squadron.

After Britain abolished its slave trade in 1807, the British Royal Navy launched an initiative of seafaring patrollers known as the West Africa Squadron to squander the remaining slave traders in the Atlantic. For over five decades, a fleet of moral-minded and mixed-race sailors on a charge from their government halted domestic and international ships in their wake and freed some 150,000 Africans.

While the West Africa Squadron’s successes accounted for only 10 percent of incidents of the illegal slave trade, it did help to convince other nations to adopt anti-slavery legislation themselves — including the United States.

Abolition And The Slave Trade Act of 1807

In 1787, a legion of anti-slavery activists in Britain created the Society for Effecting the Abolition of the Slave Trade.

Though the Society’s long-term goal was to eliminate the slave trade altogether, its members knew that they would need overwhelming popular support in order to counteract the influential supporters of slavery. After all, many had made tremendous wealth off of their human chattel.

Nonetheless, towards the end of the 18th century, the Society launched a type of grassroots campaign. Society members visited England’s slave ports and produced drawings of the men, women, and children chained together in horrible conditions below deck, which they then distributed to the public. 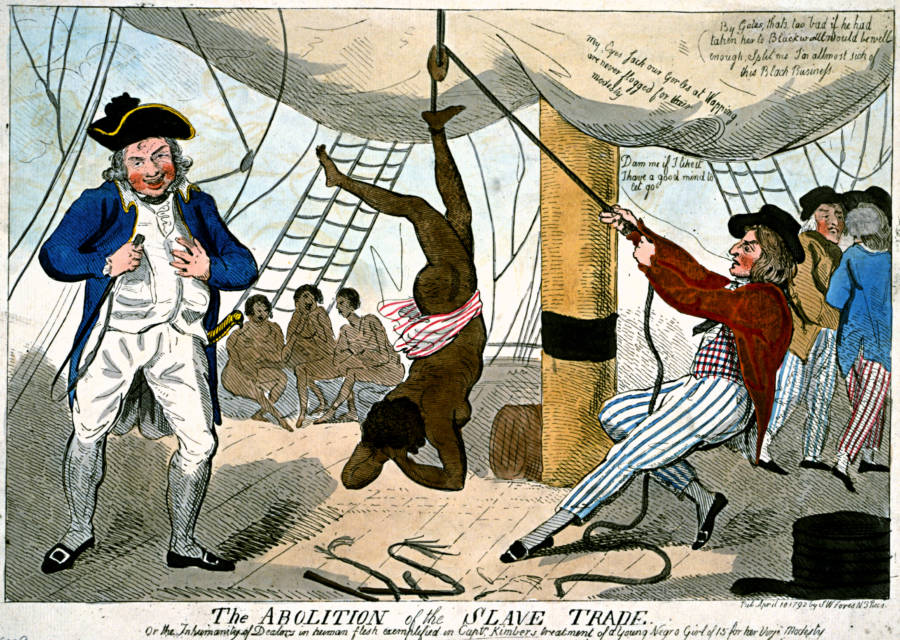 Wikimedia CommonsA 1792 abolitionist cartoon depicting the abuse of an African girl aboard a slave ship.

The abolitionists eventually gained enough support through these depictions to move their government. In 1806, Prime Minister Grenville decried slavery as “contrary to the principles of justice, humanity and sound policy” in a fiery speech before Parliament, which then voted in favor of a law to abolish the slave trade. That law was at last enacted in March of 1807.

Although the passing of the Abolition and Slave Trade Act of 1807 in Britain was a tremendous step forward, it did not spell the end of the slave trade just yet. The law only made it illegal to participate in the trade within the British Empire and the difficulty now would be convincing other nations to also give up the slave trade.

For countries with colonies in the West Indies whose plantation economies were based almost entirely off slave labor, abandoning this lucrative operation was not an appealing idea. French and American ships refused to allow their cargo to be searched and it soon became evident that diplomacy was not a viable option for eliminating the slave trade.

Although some treaties were negotiated, they were little more than empty words on pieces of paper and smugglers and illegal slave traders continued on their business. The British needed to find a way to enforce their new laws and luckily they had one tremendous advantage: their navy. Thus, the West Africa Squadron was launched.

In 1808, the Royal Navy began to assign individual ships to patrol the coats off West Africa for illegal slaving vessels. Since at the time Britain was also engaged in the Napoleonic Wars, the anti-slavery assignments were initially a low priority for the Navy and so for the first few years of its existence, the West Africa Squadron consisted of only two outdated ships that made little impact on the slave trade.

But Britain’s 1815 victory over the French cemented their place as a global superpower and the consequently Navy was now able to devote more manpower to its anti-slavery efforts. Instead of assigning individual ships to the patrols, the Royal Navy established an entire squadron for the sole purpose of policing the waters off West Africa.

In 1818 Sir George Collier, a devoted abolitionist, was made the first commodore of the West Africa Squadron and a year later, a naval station for the “preventative squadron” was established in West Africa. Commodore Collier originally had just six ships with which to patrol over 3,000 miles of coast which appeared a seemingly insurmountable task. 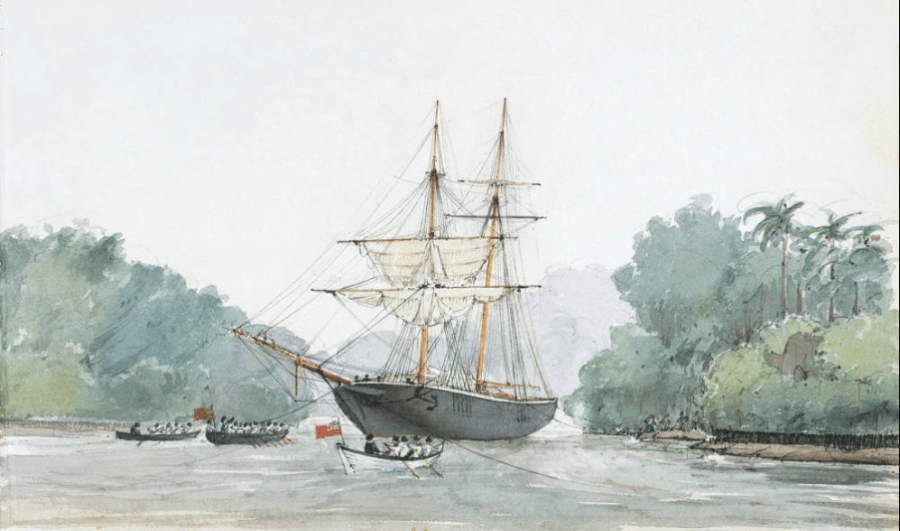 National Maritime Museum1853 depiction of the apture of a slaver aboard the Brigantine Paulina.

Being assigned to the West Africa Squadron was considered less than desirable for the men of the British Navy, however. Disease and violent clashes with slavers and natives were rampant. Indeed, it was more dangerous to join up with the West Africa Squadron than other naval stations. West Africa was dubbed “the white man’s grave” as Squadron members perished there by the hundreds and eventually, thousands. Yet the hardships suffered by the men of the British Navy were nothing compared to the sufferings of the enslaved Africans they encountered. 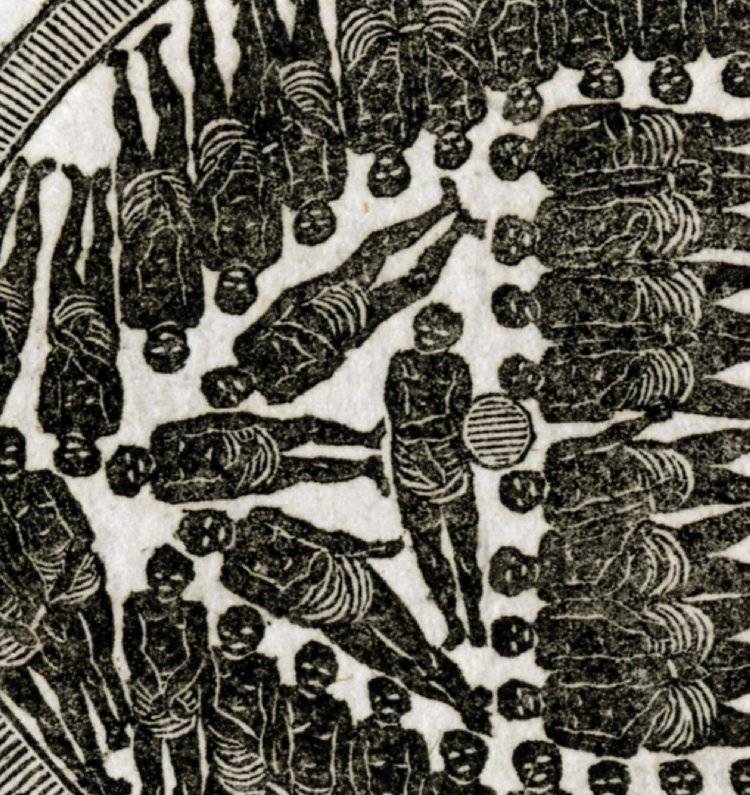 Collier wrote that the slave trade was “more horrible than those who have not had the misfortune to witness it can believe, indeed no description I could give would convey a true picture of its baseness and atrocity.”

One horrified midshipman serving in the West Africa Squadron recorded how “I never witnessed a more horrid description than my messmates gave me of the wretched state [the slaves] were in aboard, actually dying 10-12 a day owing to the confinement below all the men are in irons and women under them by a small petition.”

Initially, the Royal Navy’s efforts seemed to backfire as some slave traders would fling their human cargo overboard when they saw the squadron’s ship approaching rather than have their own ships seized. 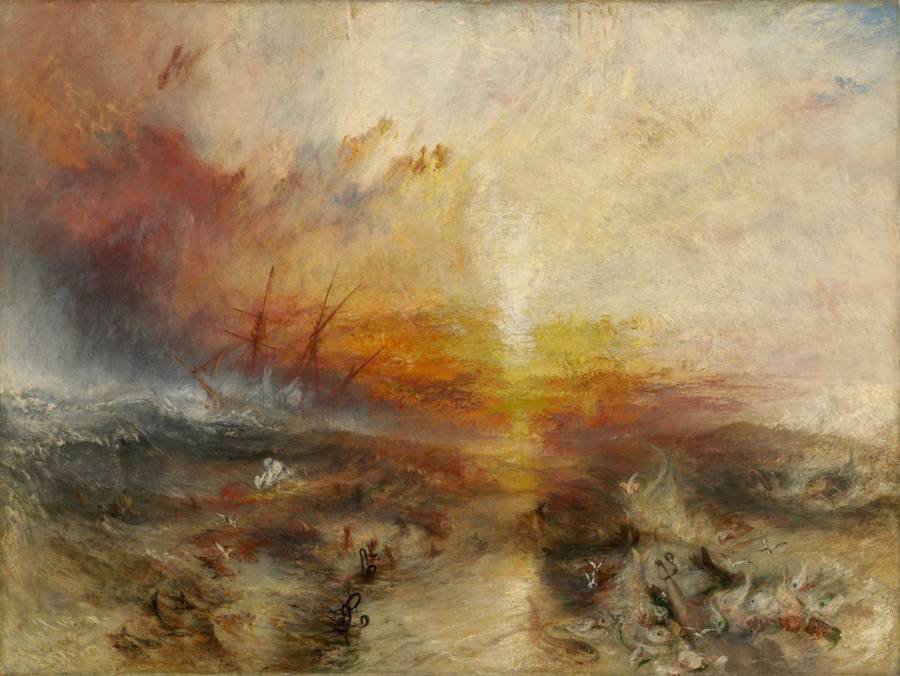 Some high-ranking officers received compensation per ship or head they rescued, though most of the other Squadron members did not receive any such compensation. Nonetheless, the job of a Squadron member became a celebrated one that Brits back home commended with reverence and respect.

Some of the crew members in the Squadron were themselves of African descent, and by 1845 around 1,000 experienced African fishermen were involved.

Results Of The Squadron’s Efforts

The accounts of those men who sailed in the West Africa Squadron only encouraged support for their anti-slavery initiative. The public eagerly followed up on the stories of the liberation of slaves by the Navy and by the mid-19th century, around 25 ships and 2,000 sailors were based at the Squadron’s station. Though approximately that many also died while on duty with the Squadron.

“Thanks to Almighty God and next to the English nation, whose laws relieved us from the bondage in which we have been held.”

The West Africa Squadron may not have been able to eliminate the slave trade on its own, but its very existence was a deterrent to continuing the practice. As the abolitionists had originally hoped, the elimination of the trade was eventually followed by emancipation for slaves in the British Empire in 1833. Throughout the rest of the 19th century, most of the European nations and the United States would follow Britain’s lead in ending slavery throughout the western world.

The West Africa Squadron was eventually absorbed into the Cape of Good Hope Station in 1867 after nearly 60 years of grueling service.

After this look at the valiant anti-slavery efforts of the West Africa Squadron, read about Queen Nzinga, who fought off slave traders in her country. Then, read about explorer David Linginstone‘s abolotionist roots.