In the 17th century, the southwest region of Africa now known as Angola stood divided. It would take years — and the influence of one remarkable woman — to unite it. 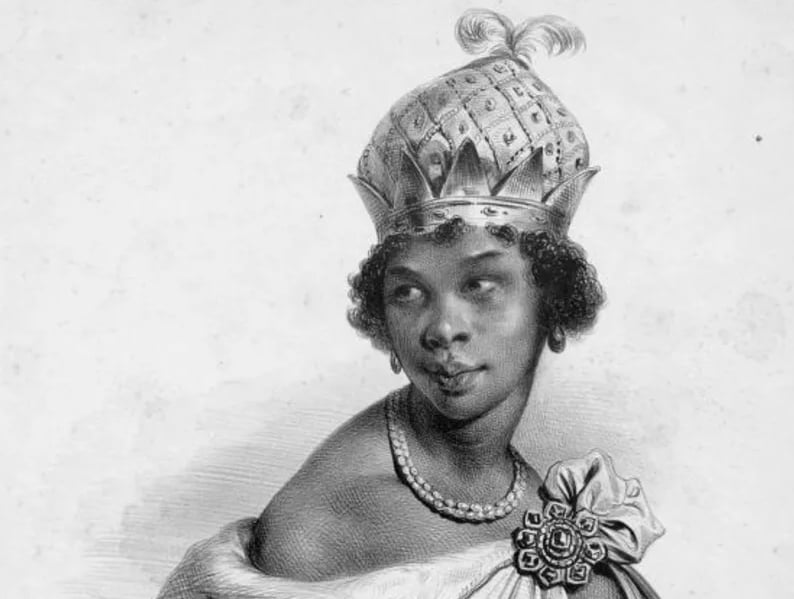 Sometime around 1583, a little girl named Nzinga Mbande was born. Hers was not an easy entry into the world; legend has it she was born with her umbilical cord around her neck. Many villagers believed that individuals born in this manner would grow up to be proud, powerful people. So too the story goes that a village wise woman told Nzinga’s mother that her daughter would grow up to be queen.

It wasn’t exactly a shot-in-the-dark prophecy, though. Nzinga’s father was the King of Ndongo, one-half of Angola’s divided nation. As she grew up, Nzinga was privy to how her father ruled, and she became invested in the struggle the people of Ndongo faced with their enemies, the Kongo.

All of this transpired at a time when Portuguese missionaries had identified Angola as a prime target for the slave trade. The king at first worked with the Portuguese to arrange a slave trade — on the condition that they spare his people.

Upon the king’s death, however, the Portuguese saw no reason to continue to honor the arrangement. They proceeded to throw his son in jail and took control of the kingdom.

Nzinga was not content to sit idly by and let the Portuguese remain in power. The story goes that she went straight to the Portuguese governor’s office with the intention of demanding not only the safe return of her brother but the release of Angola’s people from slavery.

The governor refused to offer Nzinga a chair. So, Nzinga — who, at any given time had upwards of 50 male servants at her service — told a servant to get down on the ground to create a perch upon which she could sit. Upon settling onto the servant’s back, Nzinga proceeded to launch into her negotiations.

When the discussion ended, Nzinga told the servant to stand, at which point she slit his throat in front of the Portuguese governor. Realizing, perhaps, that they were dealing with someone far more powerful than they realized, the Portuguese government acquiesced and returned her brother. 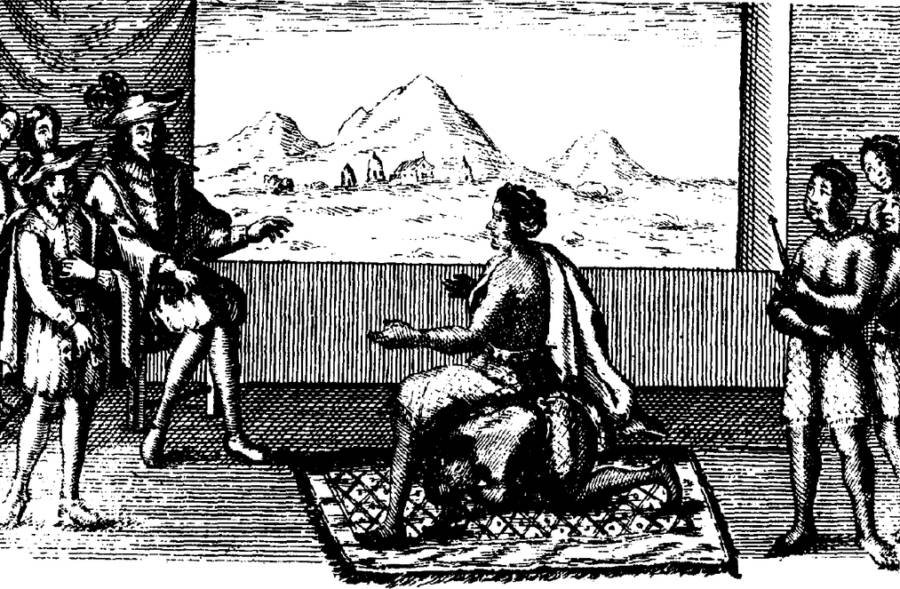 Soon after, her brother and her nephew both died — and it’s possible that Nzinga had them both killed so she could ascend to the throne. Other historical accounts posit that her brother committed suicide upon realizing the state of the country and his inability to fix the turmoil.

In any case, in 1624 she became Queen Nzinga of Ndongo — though not without a fight.

Queen Nzinga had plenty of political rivals who balked at the idea of a female monarch and sought to run her out of town. She was forced to leave the country, during which time her sister became a puppet ruler for the Portuguese. Little did the Portuguese know that she was also acting as Queen Nzinga’s spy, keeping her abreast of all the happenings in Ndongo after she fled.

By 1629, Queen Nzinga had established a colony within the region, Matamba, from which she hoped to either defeat the Portuguese or to convince them to enter a peace treaty. She began lobbying for the kingdom to take in refugees from the slave trade, and — with the help of her rather impressive harem of Dutch soldiers — attempted to cut off slave trade routes, often by force. Realizing, too, that Matamba’s location made it well suited for trade, Queen Nzinga also cultivated the kingdom’s commerce. 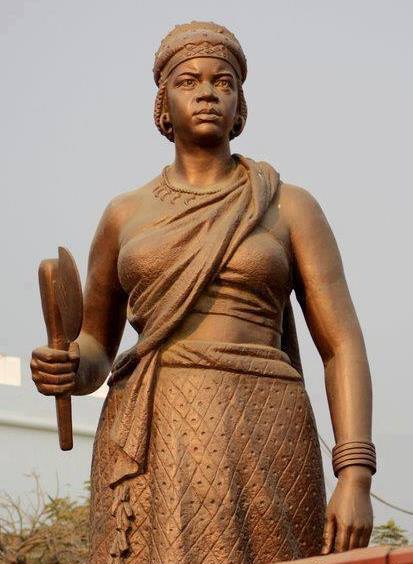 By 1656, the Portuguese finally threw in the towel. For the last decade or so of Queen Nzinga’s life, her people avoided European colonialism — a success that outlived the queen herself, in fact.

While it wouldn’t be until 1975 that the entirety of Angola achieved independence, its continued fight was rooted in Queen Nzinga’s legacy.

She died in 1663, well into her eighties, and is remembered as a fierce and persistent leader who is honored throughout Africa.

For more bad-ass women in history like Queen Nzinga Mbande, check out our profiles of Wu Zetian and Jeannette Rankin. Finally, read up on Mansa Musa, the African leader who may have been the richest person of all time.