Inside The Horrifying Murder Of 15-Year-Old Seath Jackson

In April 2011, Seath Jackson of Belleview, Florida was lured by his ex-girlfriend Amber Wright to a mobile home — where a group of youths brutally killed him. 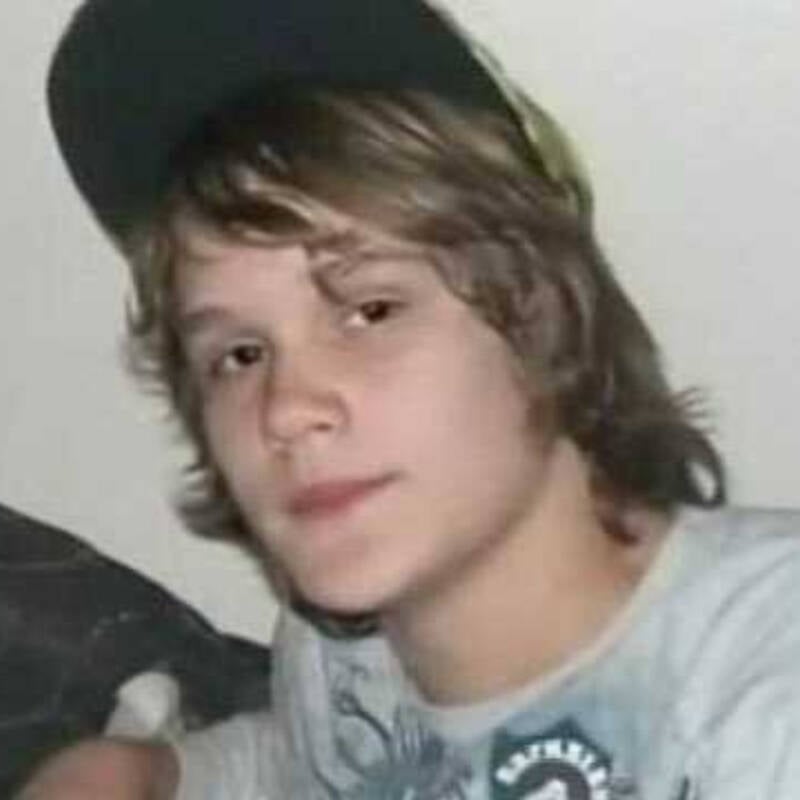 TwitterSeath Jackson was just 15 years old when he was brutally murdered by a group of his peers.

Seath Jackson, of Ocala, Florida, never made it to his 16th birthday. He was lured to a house of death in 2011 by his ex-girlfriend, and viciously ambushed by a group of boys, with their instigator murdering him in a brutal fit of rage — all before burning his body on a fire.

Jackson’s killers and conspirators were all underage, but when arrested for the unspeakable crime, they quickly crumbled and turned on one another, receiving hefty prison sentences, and in the case of their ringleader, the death sentence.

This is the disturbing story of the murder of Seath Jackson.

A Triangle Of Teen Drama That Eventually Turned Lethal

Seath Tyler Jackson was a regular teenager, born on Feb. 3, 1996, in Belleview, Florida, growing up with his two older brothers in nearby Summerfield, Marion County. Jackson attended Belleview High School and dreamed of becoming a UFC fighter according to The Cinemaholic.

Jackson began dating 15-year-old Amber Wright for around three months, but Jackson suspected Wright of cheating on him with 18-year-old Michael Bargo, and they bitterly broke up in March 2011. Marijuana smoking and attempts to make each other jealous added to the toxic atmosphere, with Wright seeing Bargo shortly afterward.

In true teenage fashion, Jackson and Wright took their recriminations to social media, according to ABC News, as Facebook became their tit-for-tat battleground.

Michael Bargo, meanwhile, exuded intense hatred for Jackson, wrongly believing he had abused Wright. That April, Jackson’s mother overheard Bargo confronting her son at their home, “I have a bullet with your name on it.”

Bargo had a record of theft and seemed to have watched too many gangster rap videos, openly carrying a gun — but his teen posturing was soon to have tragic consequences. 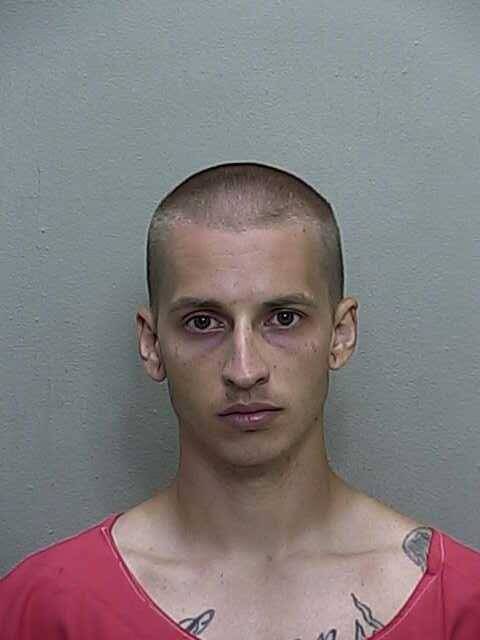 On April 17, 2011, Bargo told Hooper that he needed to kill Jackson. He roped in Hooper, who was angry that Jackson had allegedly threatened to burn his house down. Bargo plotted Jackson’s demise with four otherco-conspirators, Kyle Hooper, 16, Amber Wright, 15, Justin Soto 20, and Charlie Ely, 18. Left to their own devices in this bucolic county of Central Florida, the teenagers casually planned the murder of 15-year-old Jackson.

Bargo asked Amber Wright to lure Jackson to Ely’s home that night, where they would ambush him and Bargo would shoot him. At the time, Ely’s home temporarily lodged the group, with Wright often staying overnight. Following Bargo’s plan, Wright exchanged text messages with Jackson that evening, telling him she wanted to “work things out” and asking him to meet her there. Tellingly, she asked that he keep their meeting a secret.

Jackson initially sensed a trap, replying, “Amber if you have me jumped I will never give you the time of day.” Wright’s assurances appeared to convince him, however. “I could never do that to you,” she said. “I just want me and you back.”

A female friend accompanying Jackson said, “I wouldn’t fall for that,” but Jackson was already walking toward the lion’s den.

The Cruel Murder Of Seath Jackson

As the three of them entered Ely’s trailer, Jackson’s antenna for danger had been tragically disarmed by Wright. Hooper lunged at Jackson, hitting him on the head with a wooden object as the girls scuttled off into a bedroom, and Bargo began firing with his .22 caliber, wounding Jackson.

Although hurt, Jackson managed to stumble outside, but Soto tackled him in the front yard beating him down as Bargo shot him again. Bargo, Soto and Hopper then carried Jackson back into the house, putting him in the bathtub.

Bargo continued hitting and cursing at Jackson, firing more bullets at him. Bargo finally killed Jackson by shooting him in the face according to court documents, then Bargo and Soto threw the lifeless boy, wrapped in a sleeping bag, into a burning fire pit. When Bargo and Wright later went to bed, Hooper oversaw Jackson’s backyard pyre until the early hours.

If Jackson had the slightest glimmer of hope that a responsible adult could’ve intervened, he was sadly out of luck. Shockingly, James Havens, the 37-year-old ex-boyfriend of Amber Wright’s mother, knew of the plot in advance. On the morning of April 18, Havens turned up with cinder blocks and cables in the back of his truck.

Bleach was used to remove evidence, as the remains from the fire pit were shoveled into three paint buckets and put into the back of Havens’ truck. Bargo asked Havens to drive him and Soto to a remote water-filled rock quarry in Ocala, where the bucketed remains of Seath Jackson sunk into the depths.

Jackson’s Evidence Rises From The Ashes 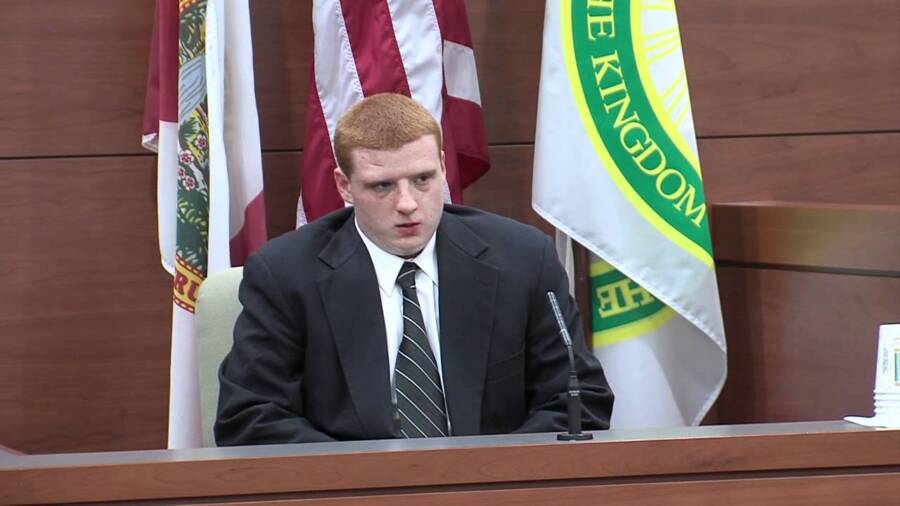 Hooper was the first to cave that very day, unburdening himself to his mother while he watched a news report of Jackson’s disappearance. Soon, the rest of the murderous group were rounded up and charged, reported UPI.

Wright, Hooper and Ely all claimed surprise that Bargo wanted Jackson dead, but soon homicide detectives gathered the real story. Placed in a holding cell together, the three spoke of the murder, with Hooper saying Jackson deserved to die.

Bargo escaped town, asking Havens to drive him to Starke, Florida, to stay with an out-of-town girlfriend’s family. Once there, Bargo proudly announced the murder he had just committed in graphic detail, to four separate family members and the neighbor. He even regaled them with gory details, like the way he broke Jackson’s knees so his body would fit into the sleeping bag.

Bargo was arrested at the location the next day, and once in jail told a further two witnesses of his crime. Search warrants in hand, investigators soon found the murder weapon and ammunition concealed at Ely’s trailer, as well as burnt human remains in the fire pit. Finally, in the Ocala quarry, a five-gallon bucket with a plastic bag was found floating in the water, and a diving team found two more buckets weighed down with cinder blocks. 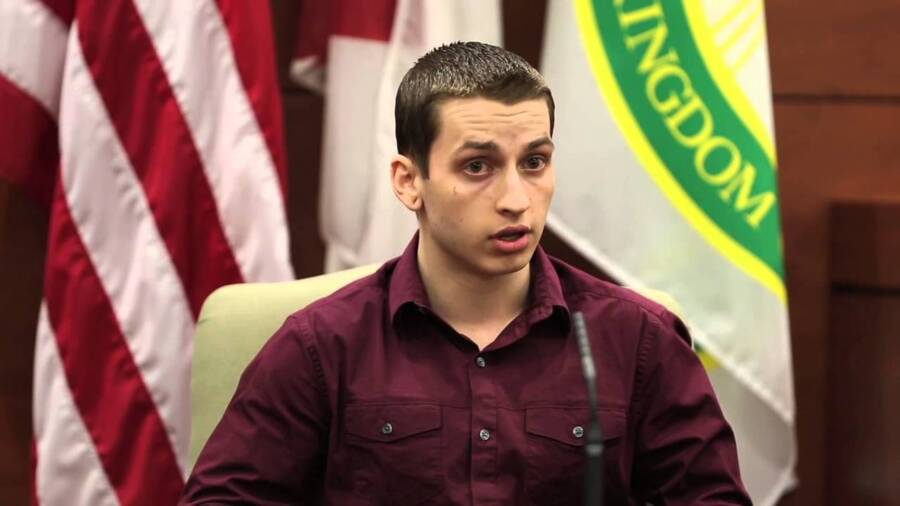 Although juveniles at the time, prosecutors tried each of the participants in Jackson’s murder separately as adults. Forensics later revealed DNA from Jackson’s blood was mixed in with several defendants’ DNA in blood splatters throughout the house. Forensic anthropologists and expert DNA analysts, meanwhile, confirmed burned tissue and bone remains from the fire pit and the quarry came from the same person. The remains were consistent with a biological and teenage male child of the Jacksons.

In June 2012, all the defendants were sentenced to life in prison for Jackson’s murder, except for Havens who pleaded guilty to accessory after the fact in 2018. After nine years in prison, Charlie Ely was released in 2020 after pleading to a lesser charge.

Michael Bargo was sentenced to death as the instigator of Jackson’s murder, becoming Florida’s youngest inmate on death row, and in 2021 the Supreme court upheld his sentence.

After reading the shocking murder of Seath Jackson, learn about Alyssa Bustamante, the 15-year-old who killed her 9-year-old neighbor. Then, read about Skylar Neese, who was murdered by her own best friends.