The Tragic Story Behind The Infamous ‘4 Children For Sale’ Photograph

In 1948, a photo was published of a Chicago woman apparently selling her children — and then she followed through with it. Here’s what happened to the kids afterward.

In one of perhaps the most distressing and shocking images ever captured of 20th-century America, a young mother hides her head in shame as her four children huddle together, perplexed looks on their faces. At the forefront of the photo, in large, bold letters, a sign reads, “4 Children For Sale, Inquire Within.” 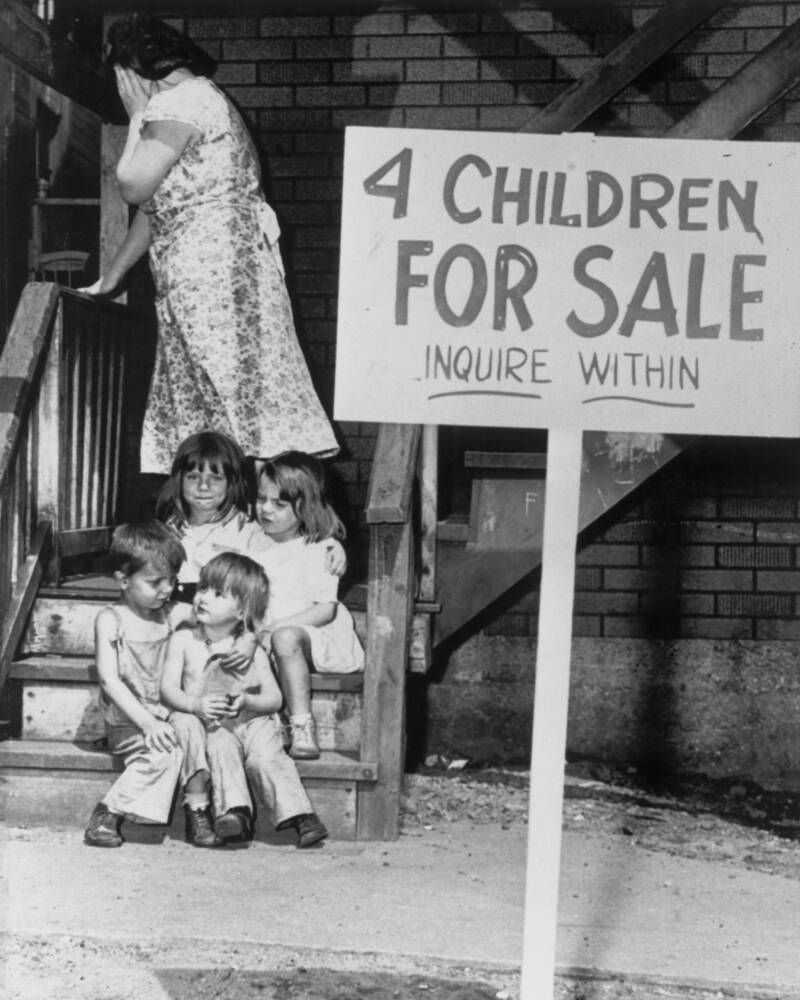 Unfortunately, the photo — whether staged or not — depicts an entirely serious situation. It first appeared in the Vidette-Messenger, a local paper based in Valparaiso, Indiana, on Aug. 5, 1948. The children really were up for sale by their parents, and were purchased by other families.

And years later, the children for sale shared their stories.

The Sorrowful Circumstances Surrounding The Photograph

When the image first appeared in the Vidette-Messenger, it was accompanied by the following caption:

“A big ‘For Sale’ sign in a Chicago yard mutely tells the tragic story of Mr. and Mrs. Ray Chalifoux, who face eviction from their apartment. With no place to turn, the jobless coal truck driver and his wife decide to sell their four children. Mrs. Lucille Chalifoux turns her head from the camera above while her children stare wonderingly. On the top step are Lana, 6, and Rae, 5. Below are Milton, 4, and Sue Ellen, 2.” 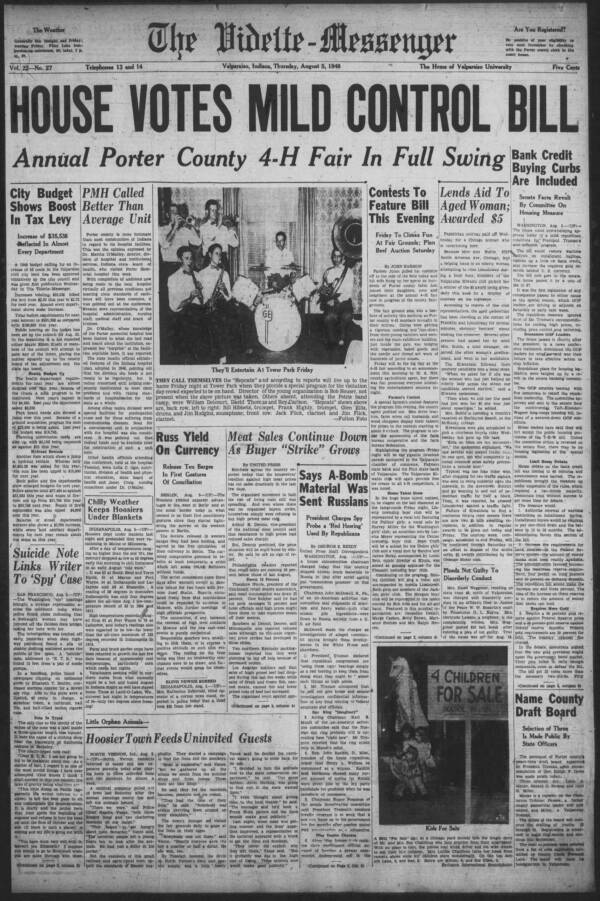 Public DomainThe front page of the Vidette Messenger on the day the “4 children for sale” photo was printed.

According to The Times of Northwest Indiana, it’s unclear how long the sign remained in the yard. It could have stood there just long enough for the photo’s shutter to snap, or it could have remained for years.

Some family members accused Lucille Chalifoux of accepting money to stage the photo, but that claim was never confirmed. In any case, the “4 children for sale” did ultimately find themselves in different homes.

The photo was eventually republished in papers all over the country, and a few days later the Chicago Heights Star reported that a woman in Chicago Heights offered to open her home to the children, and apparently job offers and offers of financial support made their way to the Chalifouxes.

Unfortunately, none of it seemed to be enough, and two years after the image first appeared, all of the children – including the one with whom Lucille was pregnant in the photo — were gone.

So, what happened to the Chalifoux children after the photograph?

The Youngest Of The Children For Sale, David, Was Adopted By Kind, Yet Strict, Parents

The Chalifoux children’s father, Ray, abandoned the family when they were young, and was unable to return home due to his criminal record. 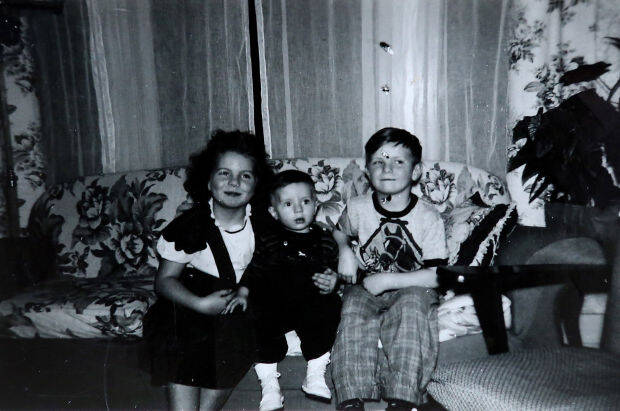 Public Domain“Children for sale” RaeAnne, David, and Milton before they were sold off in 1950.

Lucille Chalifoux accepted governmental assistance and gave birth to the couple’s fifth child, David, in 1949, according to the website Creating a Family. However, only a year later, David was either removed from the home or relinquished, just like the siblings he never knew.

David was legally adopted by Harry and Luella McDaniel, who officially had custody of him in July 1950, and his condition reflected that the Chalifoux home had not been a good one.

“I had bed bug bites all over my body,” he said, according to the New York Post. “I guess it was a pretty bad environment.”

Ultimately, McDaniel’s life was stable and safe, if a bit strict. He described himself as a rebellious teen and eventually ran away at age 16 before spending 20 years in the military.

After that, he spent his life working as a truck driver.

He also grew up only a few miles away from his biological siblings, RaeAnn Mills and Milton Chalifoux. He even visited them on several occasions, but their situation, it turned out, was far worse than his.

RaeAnn Mills has said that her birth mother sold her for $2 so she could have bingo money. That alleged $2 was provided by a couple by the names of John and Ruth Zoeteman. 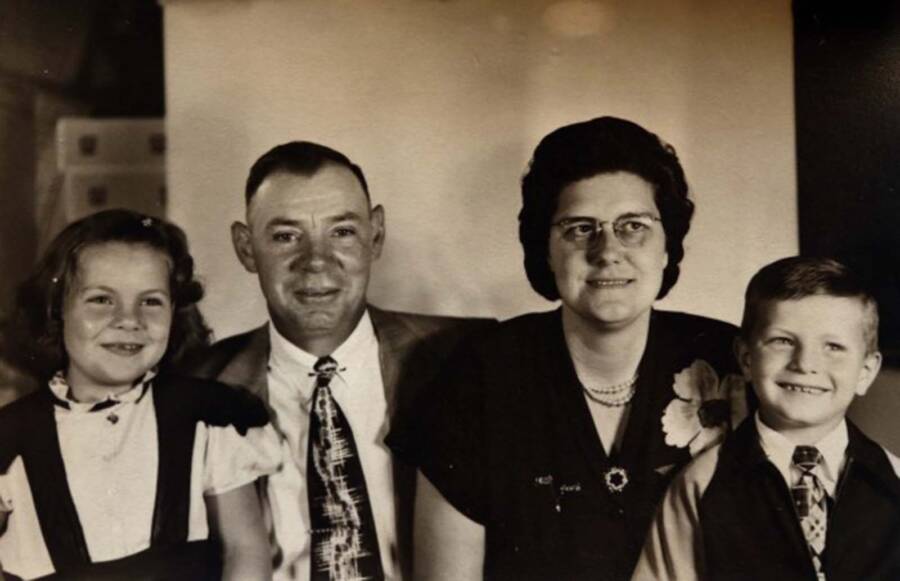 Public DomainA family portrait of the Zoetemans with RaeAnne on the far left and Milton on the far right.

They originally intended only to purchase RaeAnn, but they noticed Milton crying nearby and decided to take him too. Evidently, they regarded the children more as purchased property than human beings.

“There’s a lot of things in my childhood I can’t remember,” Milton Chalifoux said.

On his first day in their home, John Zoeteman tied him up and beat him before telling the young boy that he was expected to serve as a slave on the family’s farm.

Ruth Zoeteman, however, cleaned him off after the abuse. She told him she loved him, and that from then on he would “be [her] little boy.”

The Zoetemans changed RaeAnn’s name too, calling her Beverly Zoeteman. She described the couple’s home as abusive and loveless.

“They used to chain us up all the time,” she said. “When I was a little child, we were field workers.”

Mills’ son, Lance Gray, has often described his mother’s life as a horror movie. Not only was her upbringing traumatic, but in her late teenage years she was kidnapped, raped, and impregnated.

Despite all of this, however, she grew into a compassionate and loving mother.

Public DomainRaeAnne Mills, given the name Beverly Zoeteman by her abusive foster parents.

As Rare Historical Photos reported, the abuse inflicted on Milton often manifested as violent rage when he entered his teen years.

At one point, he was brought before a judge and deemed a “menace to society.” He was then given the option between being sent to a mental hospital or a reformatory — he opted to go to the mental hospital.

After being diagnosed with schizophrenia, he eventually left the hospital in 1967, got married, and moved from Chicago to Arizona with his wife.

Although that marriage didn’t work out, he remained in Tucson.

The 4 Children For Sale Reunite To Reflect On Their Upbringing

While Milton and RaeAnn have reconnected as adults, the same could not be said for their sister Lana, who died of cancer in 1998.

They did, however, get to speak for a short while with Sue Ellen and found out that she grew up not far from their original home, in Chicago’s East Side.

By the time the siblings found each other again as adults, in 2013, Sue Ellen was in the late stages of lung disease and found it difficult to speak.

Fortunately, she was able to scribble responses to an interview on paper. When asked how it felt to be reunited with RaeAnn, she wrote, “It’s fabulous. I love her.”

And as for her opinion of her birth mother, she wrote, “She needs to be in hell burning.”

After learning about the tragic story behind the infamous “4 Children for sale” photograph, read about the story behind the famous “Migrant Mother” photograph. Then, read the disturbing story of the 13 Turpin children, whose parents imprisoned them for years until one daughter managed to escape and alert the police.