The Story Of Alyssa Bustamante, The 15-Year-Old Who Slaughtered Her Nine-Year-Old Neighbor Just For The Thrill Of It

Alyssa Bustamante seemed to be a rebellious yet normal teenager in rural St. Martins, Missouri — until she murdered her neighbor Elizabeth Olten in cold blood in 2009.

Alyssa Bustamante seemed like an ordinary teenage girl. Friends said, “She was just always so sweet and everybody loved her… she was just amazing!”

But inside her mind — and as her internet persona revealed — there was a much darker person lurking beneath the surface of this 15-year-old girl. 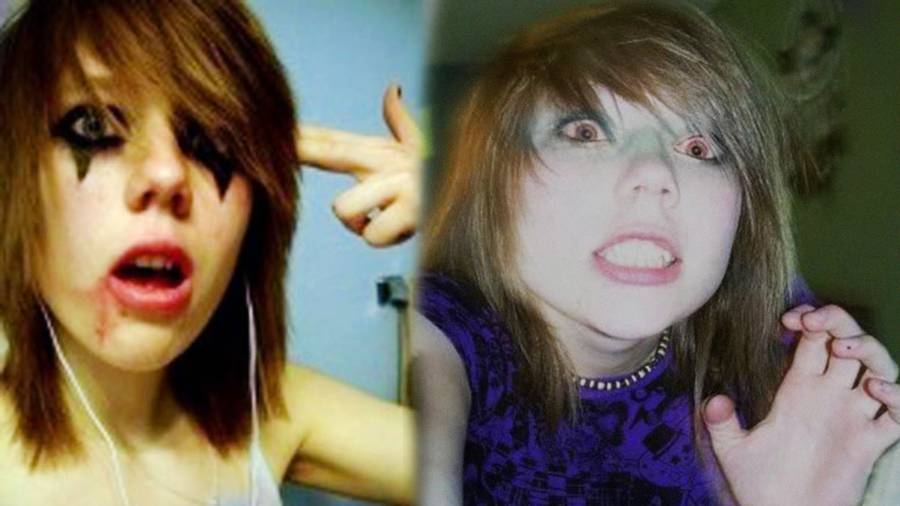 It may have surprised her friends and family, but Alyssa Bustamante’s virtual alter-ego would foreshadow her most heinous act: the killing of nine-year-old Elizabeth Olten.

Alyssa Bustamante And Her Troubled Childhood

Between 2002 and 2009, Alyssa Bustamante was raised by her grandparents. Her mother, Michelle Bustamante, had a history of drug and alcohol abuse, which led to criminal charges and jail time. Her father, Caesar Bustamante, was serving jail time for assault.

Alyssa’s grandparents consequently took legal custody of her and her three younger siblings in California. To escape their former lives, the kids moved to a rural, ranch-like property in St. Martins, Missouri, just west of the state capital of Jefferson City.

Despite the setbacks of her parents, Alyssa became an A and B student in high school.

Alyssa Bustamante was a normal kid by all appearances, and her grandparents provided a stable home where Alyssa’s parents could not. Friends said she would write poems and joke around. She regularly attended church at the Church of Jesus Christ of Latter-Day Saints, where she participated in several youth activities. 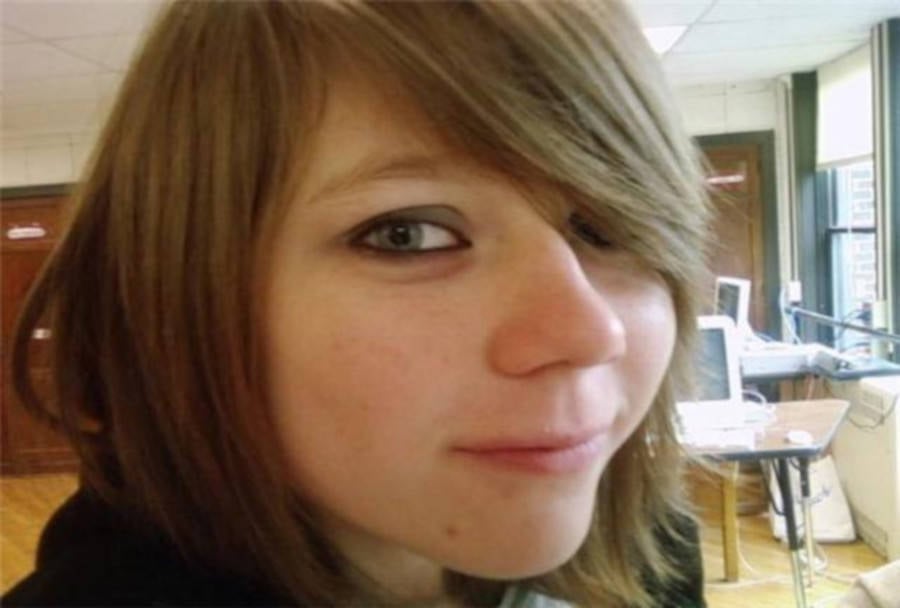 But in 2007, Alyssa tried to kill herself. After spending 10 days at a psychiatric hospital St. Martins, the teen went on anti-depressants. Despite her medication, Alyssa practiced cutting herself several times. Friends said she frequently showed them the scars on her wrists.

“Well she was obviously on the anti-depressants,” her friend told KRCG-TV. “We always would go upstairs and she’d be like, ‘Oh I need to take my medicine.'”

Alyssa Bustamante’s Twitter feed talked about how she hated authority. One post read, “Bad decisions make great stories,” according to KRCG-TV. She listed her hobbies on YouTube and MySpace as “killing people” and “cutting.” She also posted a YouTube video where she tried to get two of her brothers to try to touch an electrified fence.

Then, on October 21, 2009, Alyssa Bustamante brought her darkest fantasies to light.

The Murder Of Elizabeth Olten

Four houses down from the Bustamante family lived nine-year-old Elizabeth Olten. She often came over to play with Alyssa and her siblings. On the night Olten was killed, her mother, Patricia Preiss, says she begged to go to Alyssa’s house to play. 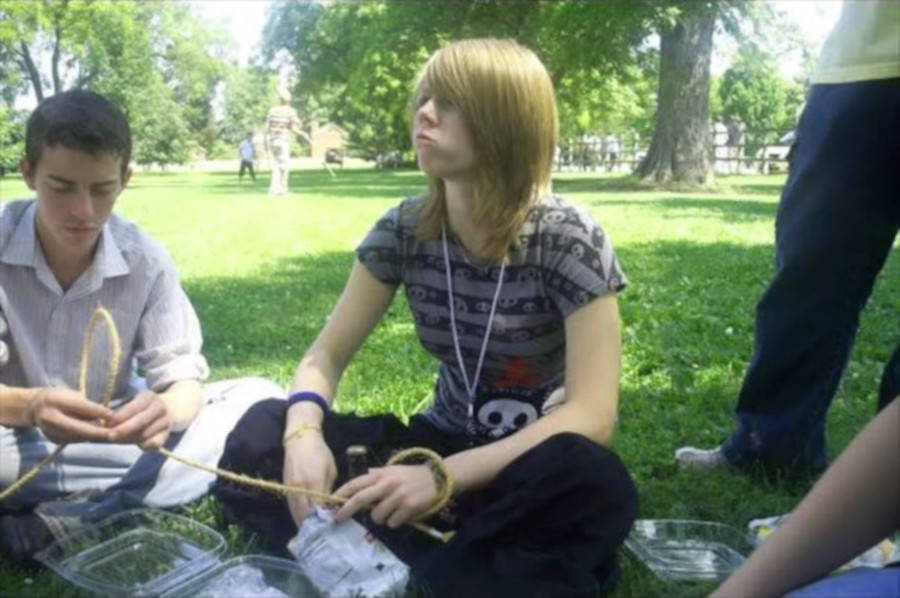 This was at 5 p.m., the last time Preiss saw her daughter alive. By 6 p.m., when Elizabeth didn’t come home, her mom knew something was wrong.

The day after Elizabeth’s disappearance, FBI agents questioned Alyssa and seized her diary. Authorities found a shallow hole behind Alyssa’s house that seemed to be in the shape of a grave. The teenager told the FBI she just liked to dig holes.

Later in the investigation, authorities found another shallow grave covered with leaves behind the Bustamante house. Elizabeth’s body was inside.

Prosecutors charged Alyssa with first-degree murder and arrested her. Everyone was shocked.

“Before this, before all of this, she was a normal 15-year-old girl,” a friend told KRCG-TV. “This really isn’t her. This was not the Alyssa that I knew.” 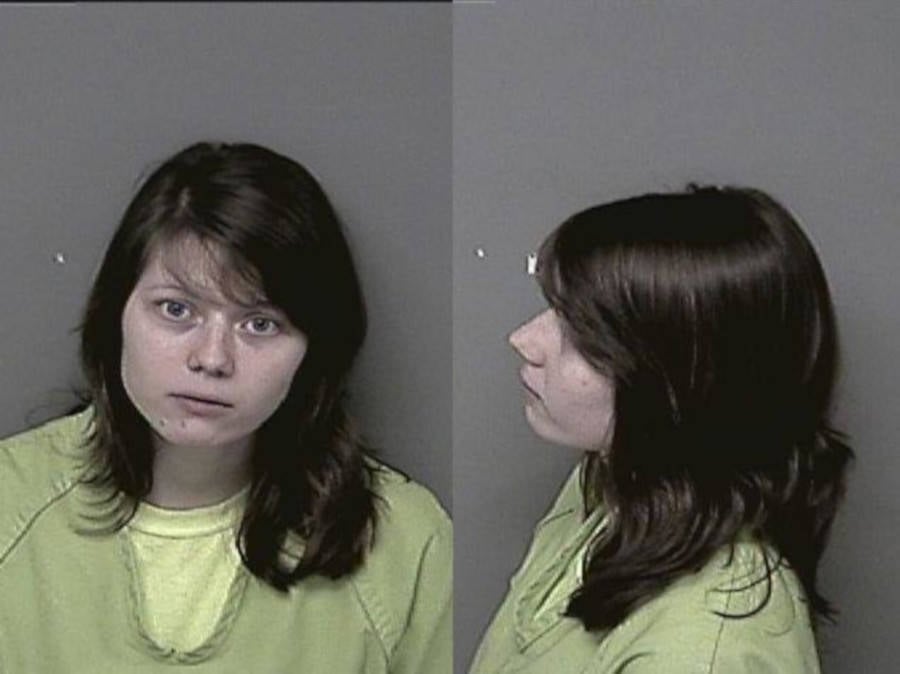 But according to The New York Daily News, an entry from Alyssa Bustamante’s diary revealed a vastly more horrific person.

Though Alyssa had tried to cover up the entry by blotting out the blue ink in her diary, investigators were able to unveil the original writing underneath — in which she chronicled the euphoria she felt after killing Elizabeth Olten:

“I just fucking killed someone. I strangled them and slit their throat and stabbed them now they’re dead. I don’t know how to feel atm. It was ahmazing. As soon as you get over the ‘ohmygawd I can’t do this’ feeling, it’s pretty enjoyable. I’m kinda nervous and shaky though right now. Kay, I gotta go to church now…lol.”

In court, Alyssa Bustamante confessed to killing Elizabeth Olten. She said she strangled Elizabeth before cutting the girl’s throat and stabbing her in the chest. Afterward, Alyssa buried her victim’s body in the hand-dug, shallow grave behind their homes.

Alyssa’s defense attorneys pointed to her troubled childhood as a means to apply leniency in any sentence, but a judge ruled that Alyssa Bustamante would be tried as an adult.

Then, a few weeks before her 2012 trial for first-degree murder was scheduled to begin, a little more than two years after the murder, Alyssa accepted a plea deal to the lesser charge of second-degree murder to avoid the death penalty. As part of the plea deal, she may get out of jail in 30 years on parole.

After getting a new attorney in 2014, Alyssa Bustamante contended that she would not have pleaded guilty in 2012 had she known of a pending U.S. Supreme Court case that affected how the justice system should handle cases of juveniles and first-degree murder cases.

The judge in the case denied the lawyer’s plea for a new sentence.

Where Is Alyssa Bustamante Today?

Patricia Preiss, Elizabeth Olten’s grieving mother, felt as if the original sentence was still too light. In court, she called Alyssa Bustamante a monster and said that she hated everything about her.

According to KOMU, Preiss said Alyssa was “an evil monster” during the sentencing, and her speech was so poignant and impassioned that the judge had to ask her to stop. 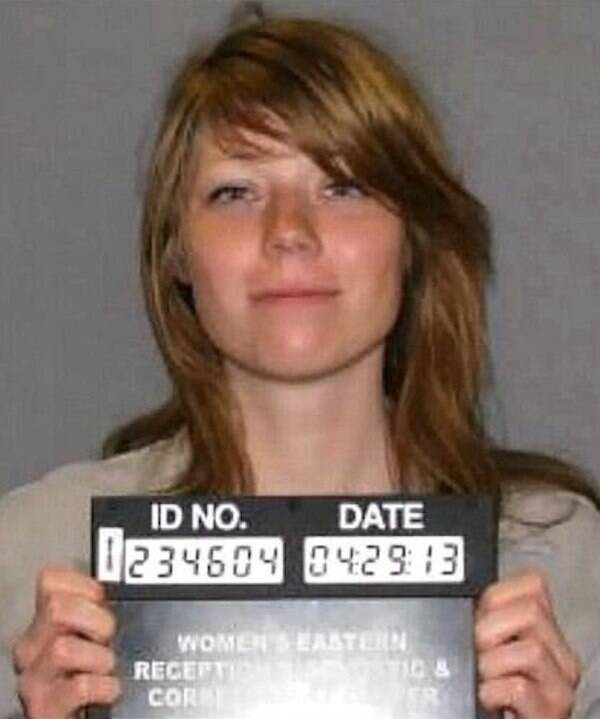 Missouri Department of CorrectionsAlyssa Bustamante in 2013.

Preiss sued the convicted murderer for damages in a wrongful death suit in October 2015, which Preiss settled for $5 million two years later. An original wrongful death lawsuit also included the hospital where Alyssa had stayed.

Preiss included Pathways Behavioral Healthcare and two of its employees as defendants because she felt Alyssa murdered her daughter while under their care. She believed that the health system should have seen Alyssa’s violent tendencies coming and taken preventative measures.

A judge threw out the lawsuit against Pathways, but Alyssa Bustamante will ultimately owe Patricia Preiss the $5 million — plus interest at 9 percent per year — until the debt is paid.

But no matter the outcome of the trials, the fact remains that a little girl lost her life due to the uncontrollable and violent whims of a troubled teenager.

After this look at Alyssa Bustamante and the murder of Elizabeth Olten, read about the teenager Willie Francis who was executed twice for murder. Then, take a look at Charlie Brandt who killed his mom as a teen and then went on to kill again 30 years later.