How The Tiny Canadian Town Of Gander Came To The Rescue Of 6,500 Stranded Passengers On 9/11

After American airspace was closed following the terror attacks on September 11, 2001, 38 planes were forced to divert to Gander Airport in Newfoundland — then the local community came together to care for thousands of stranded passengers. 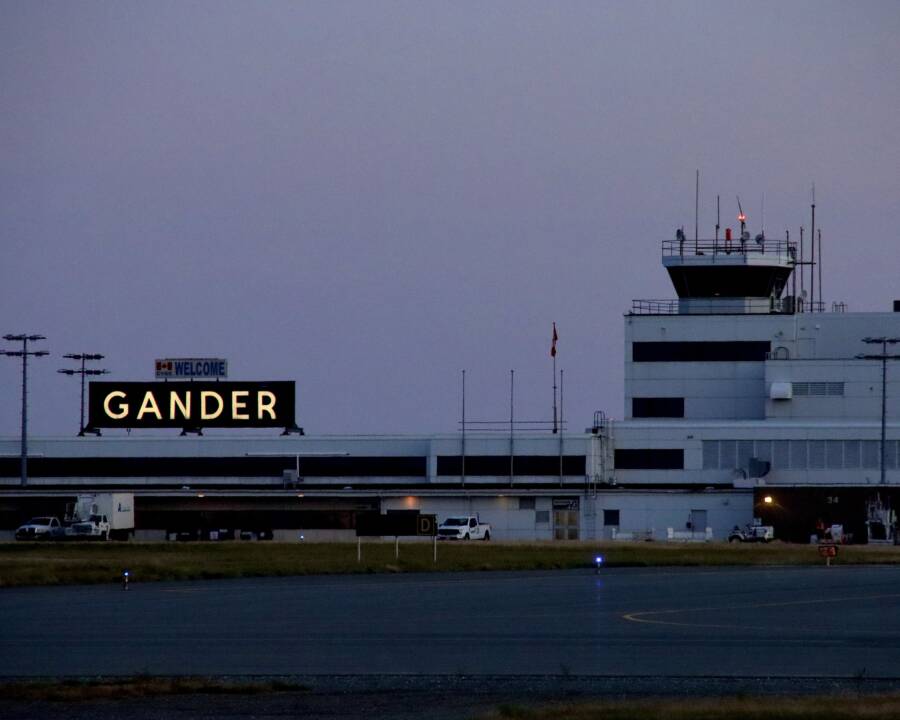 September 11, 2001 marks one of the most horrific terrorist events in the history of the United States. On that fateful day, four coordinated attacks were carried out by the extremist group al-Qaeda, killing nearly 3,000 people. Authorities quickly shut down American airspace, and flights coming to the U.S. were diverted to other airports.

Thirty-eight of them landed at Gander International Airport in Newfoundland, Canada. The tiny town of Gander had a population of fewer than 10,000 people, but that number nearly doubled when almost 7,000 passengers and crew members were stranded with no idea when their flights would be able to leave.

In order to feed and house their unexpected guests, the residents of Gander banded together to show an unprecedented level of hospitality. For several days, they organized meals and entertainment for the passengers, even inviting them into their own homes.

By the time American airspace reopened and the 38 planes could continue to their original destinations, the people of Gander and the thousands of strangers who had arrived in the town under the most unfortunate circumstances had formed an everlasting bond — one that showed the goodness in the world in a time of unspeakable tragedy.

How Nearly 7,000 Passengers Arrived At Gander Airport On 9/11

According to C-SPAN, Operation Yellow Ribbon was initiated by Canada in an effort to provide an alternate route for diverted airline flights following the terrorist attacks of Sept. 11, 2001.

Within hours of the first airplane hitting the World Trade Center, the U.S. Federal Aviation Administration stopped all air traffic. Canada had one goal in mind: to help get planes quickly and efficiently out of U.S. airspace and onto the ground to avoid any further attacks. 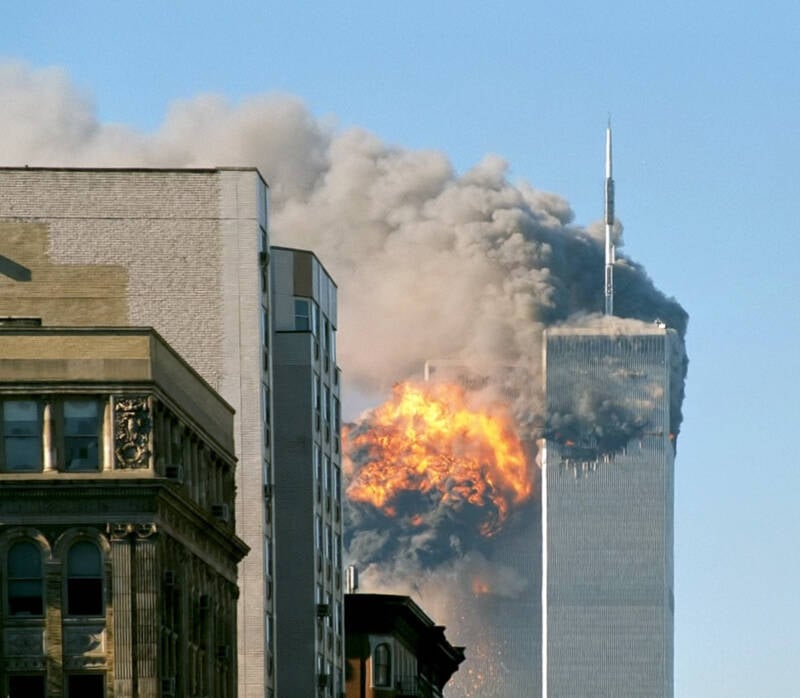 There were roughly 4,500 planes in the air at the time, and 38 of them landed in the rural Canadian town of Gander, according to the 9/11 Memorial and Museum.

Passengers and crew members sat on the runway for over 24 hours while security officials examined each plane, ensuring no terrorists were on board. At the same time, the residents of Gander were working hard to secure accommodations for the nearly 7,000 unexpected visitors.

How The Canadian Town Of Gander Came Together To Help Others

There weren’t nearly enough hotels in Gander or the surrounding areas to house all 7,000 passengers and crew members, but the people of Gander had other plans. All nonessential businesses and schools were closed, allowing everyone in the community to come together and volunteer to lend a helping hand where needed.

Some residents offered up spare rooms and hot showers in their homes, including Derm Flynn, the mayor of nearby Appleton. Schools, churches, and community centers were converted into makeshift dormitories where people could sleep. Local pharmacists even offered free prescriptions for those who needed refills on their medication.

Donations poured in from surrounding areas. In fact, so much food arrived that it had to be stored at the Gander Community Centre’s ice rink, which mayor Claude Elliott jokingly referred to as “the largest walk-in freezer in the country.” 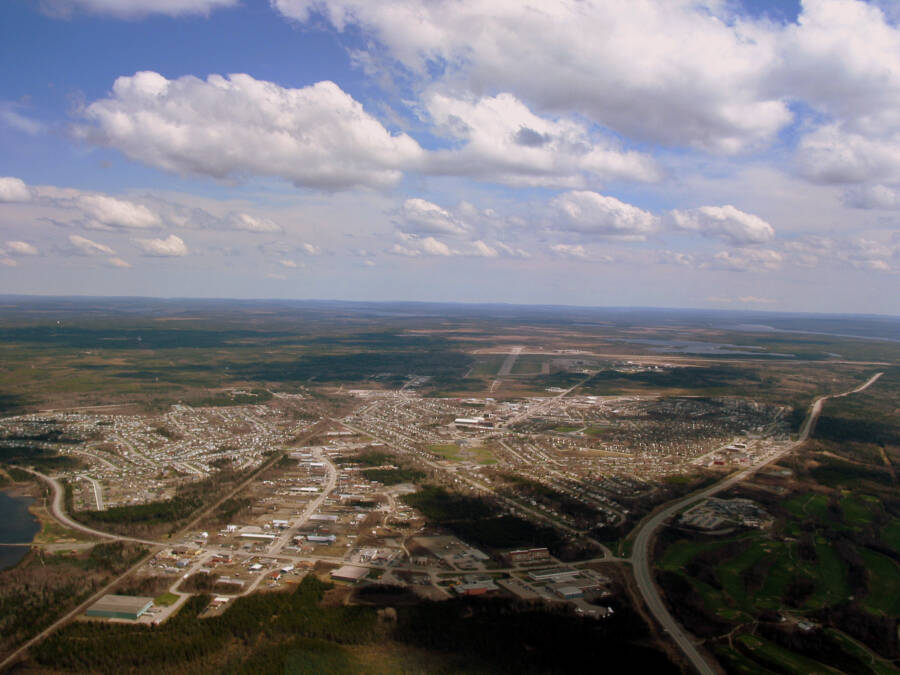 But while helping the “plane people” with their basic needs was the top priority, the locals didn’t stop there.

The Newfoundlanders helped take everyone’s minds off of the horrifying attacks by providing entertainment to their guests, as well. They orchestrated tours of the town, dinners featuring local cuisine of stewed moose, bowling matches, and live concerts by regional artists.

As Elliott later told the Christian Science Monitor, “We saw people from 95 countries that needed help. And we poured out love and compassion for complete strangers because that’s what we would want if we were stranded in their place.”

The Kindness Of Strangers Was Never Forgotten

On September 13th, United States airspace reopened, and planes started to depart from Gander. However, even as the “plane people” said their goodbyes to the folks of Newfoundland, the new connection they formed was never forgotten.

Passengers from the planes reportedly maintained contact with the Canadian locals well after they left Gander, corresponding over the phone and in person with scheduled trips on the anniversary of September 11th. 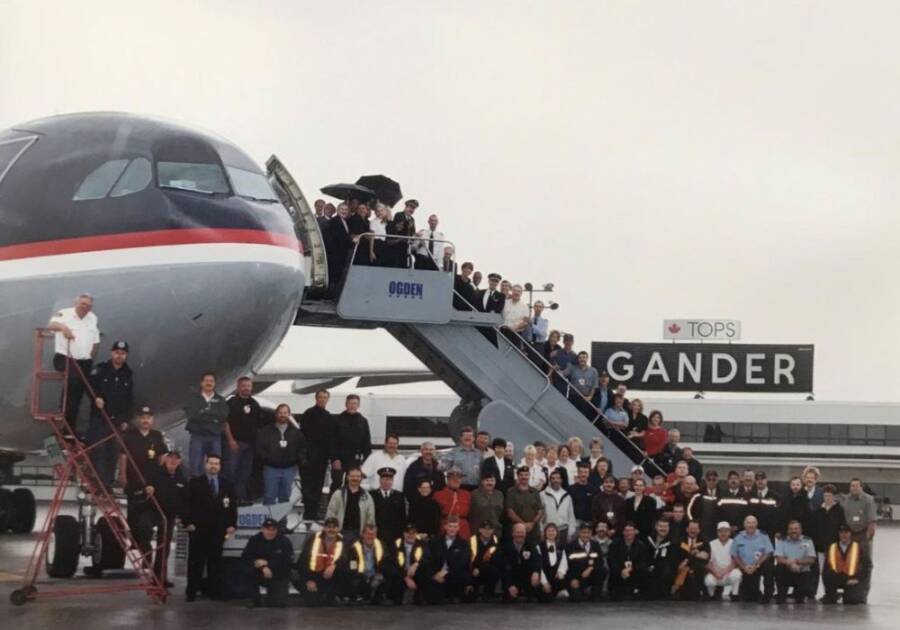 The passengers and crew members of one flight even created a scholarship fund for the students of Gander. In the more than 20 years since 9/11, the fund has raised over one million dollars and has helped 200 local students obtain an education.

What’s more, the airline Lufthansa named a new airbus the “Gander/Halifax” to honor the people of Canada for their hospitality and support following the attacks on September 11th. It was the first Lufthansa plane not to be named after a German city.

In 2021, one of the stranded passengers, Rose Reyes, recalled her time in Gander on September 11th fondly. “They took us into their homes,” she said. “They provided a lot of not only… shelter for us, but also just a lot of love and support, because there was a lot of fear about what was going on in our country and in the world.”

However, as one Gander resident put it, “For us, it was just every day. You don’t turn your backs on people in need.”

After learning about Gander Airport on 9/11, read about Michael Hingson, the man whose guide dog saved his life on September 11th. Then, discover the story of Uli Derickson, the flight attendant who saved 152 passengers from Hezbollah hijackers in 1985.