Though Alberta Williams King is often viewed as a footnote to the Martin Luther King Jr. story, she played a crucial role in shaping her son's thinking about race in America. 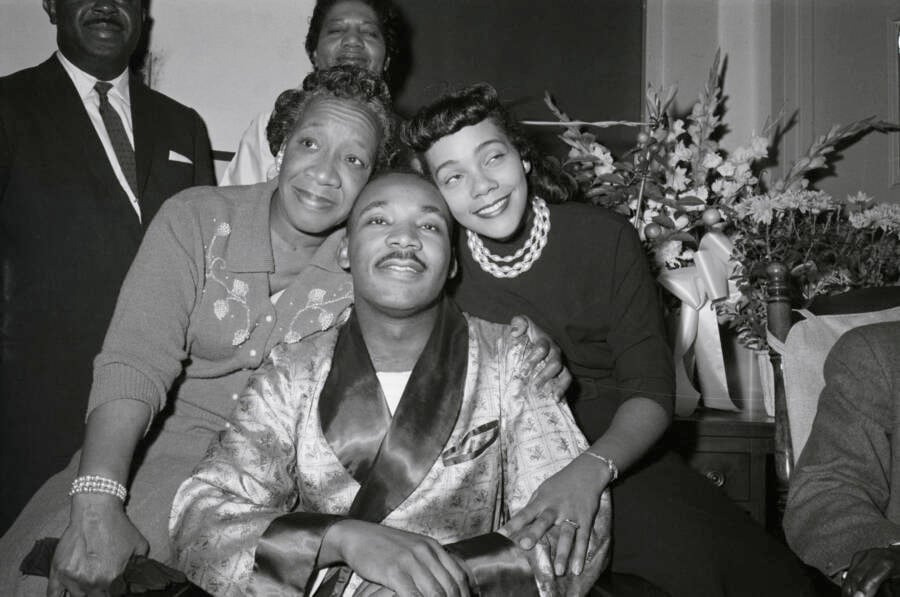 The story of Martin Luther King Jr. is well known. But the civil rights activist drew many lessons from his mother, Alberta Williams King, who he called “the best mother in the world.”

Indeed, Alberta King led a similar life to her son. Deeply religious, she grew up as a pastor’s daughter with an interest in activism. In addition to raising her three children, she worked with the Young Women’s Christian Association (YWCA), the National Association for the Advancement of Colored People (NAACP), and the Women’s International League for Peace and Freedom.

This is the story of Alberta King’s remarkable life and tragic death.

The Early Life Of Alberta Williams 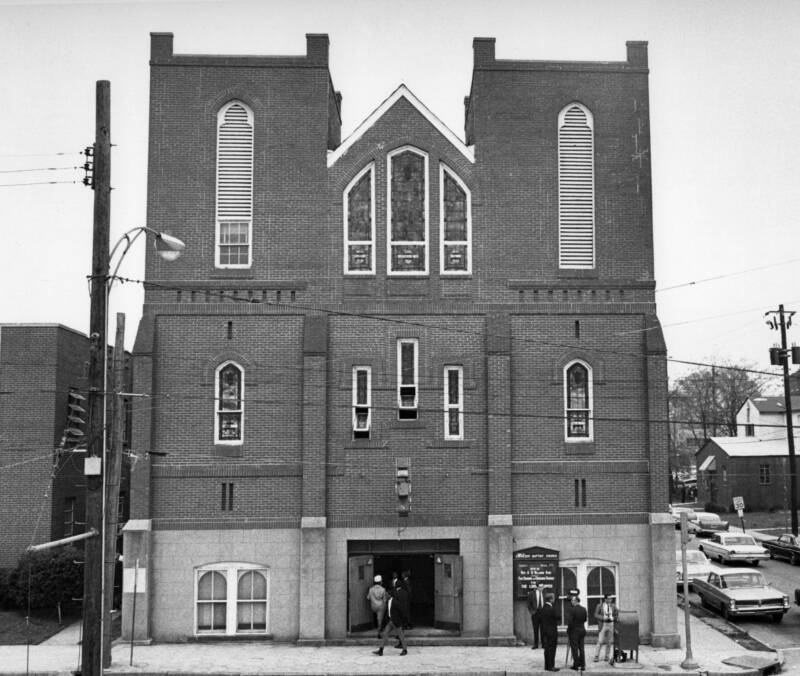 Bettmann Archive/Getty ImagesEbenezer Baptist Church in Atlanta, Georgia, was led by Alberta King’s father before it passed to her husband and son.

Born on Sept. 13, 1903, in Atlanta, Georgia, Alberta Christine Williams spent her early life deeply involved in the church. Her father, Adam Daniel Williams, was the pastor of Ebenezer Baptist Church, where he’d grown the congregation from 13 people in 1893 to 400 by 1903, per the King Institute.

As a young woman, King seemed determined to seek an education. The King Institute reported that she attended high school at Spelman Seminary and earned a teaching certificate at Hampton Normal and Industrial Institute. Along the way, however, she met a minister named Michael King. Because married women were forbidden from teaching in Atlanta, King only briefly taught before she and Michael got married in 1926.

Then, King turned her focus to her family. She and Michael had three children together — Willie Christine, Martin (born Michael), and Alfred Daniel — in the Atlanta home where King had grown up. And Alberta King would make sure to educate her children about the racially-divided world they lived in.

How MLK’s Mother Influenced His Thinking 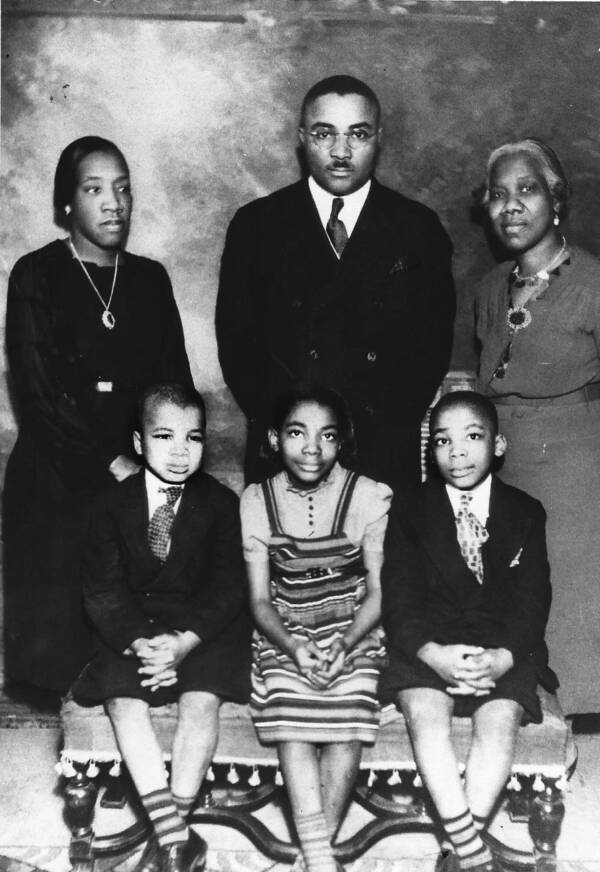 Martin Luther King Jr. credits his mother with forming his early thinking about race relations in the United States.

“In spite of her relatively comfortable circumstances, my mother never complacently adjusted herself to the system of segregation,” Martin Luther King Jr. wrote, according to the King Institute. “She instilled a sense of self-respect in all of her children from the very beginning.”

As Martin Luther King Jr. recalled, his mother sat him down when he was a young boy and explained concepts like discrimination and segregation.

“She taught me that I should feel a sense of ‘somebodiness’ but that on the other hand I had to go out and face a system that stared me in the face every day saying you are ‘less than,’ you are ‘not equal to,'” he wrote, noting that King also taught him about slavery and the Civil War and described segregation as a “social condition” and not a “natural order.”

He continued, “She made it clear that she opposed this system and that I must never allow it to make me feel inferior. Then she said the words that almost every Negro hears before he can yet understand the injustice that makes them necessary: ‘You are as good as anyone.’ At this time Mother had no idea that the little boy in her arms would years later be involved in a struggle against the system she was speaking of.”

As Martin Luther King Jr. and his siblings grew up, King continued to set examples for them in other ways. She founded the Ebenezer choir and played the organ at the church starting in the 1930s, received a B.A. from Morris Brown College in 1938, and involved herself in organizations like the NAACP and the YWCA.

Though soft-spoken and reserved — and most comfortable out of the spotlight — Alberta King also offered support to her son as his national prominence grew in the 1950s and 1960s. As the King Institute notes, she was a pillar of strength for the entire family when Martin Luther King Jr. was assassinated on April 4, 1968.

Sadly, the King family’s tragedies didn’t end there — and Alberta Williams King would soon meet the same fate as her son.

How Alberta Williams King Died At The Hands Of A Gunman 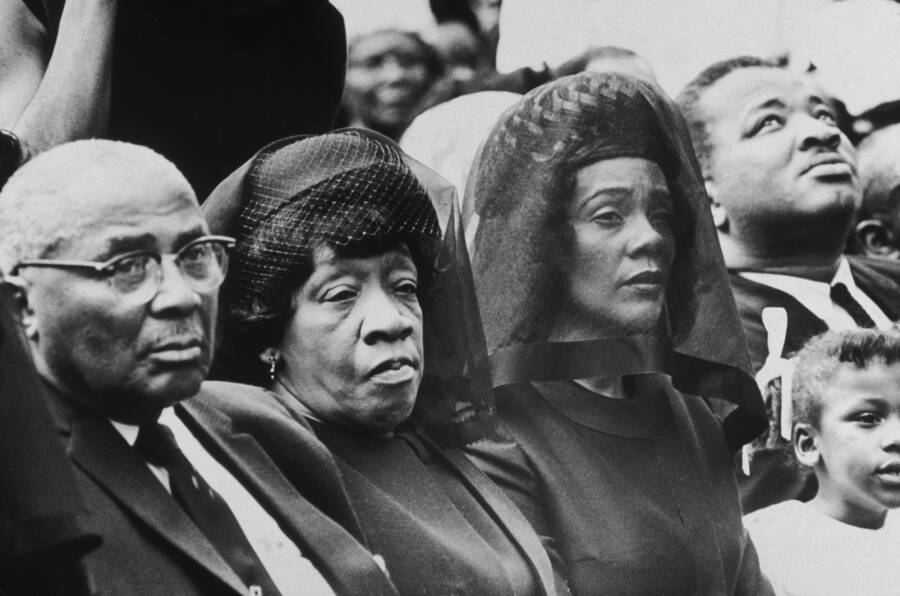 By the time Alberta Williams King showed up at Ebenezer Baptist Church on June 30, 1974, she had suffered a number of tragedies. Alongside the assassination of Martin Luther King Jr. in 1968, she’d also lost her youngest son, A.D. King, who drowned in his pool in 1969. And on that fateful day in 1974, she’d lose her own life to a gunman.

As Then Guardian describes it, King was playing “The Lord’s Prayer” on the organ when a 23-year-old Black man named Marcus Wayne Chenault Jr. leapt to his feet in the front of the church, pulled out a gun, and screamed, “You must stop this! I am tired of all this! I’m taking over this morning.”

Wielding two pistols, he fired into the choir, hitting Alberta King, the church deacon Edward Boykin, and an elderly female parishioner. “I’m going to kill everyone in here!” The gunman reportedly cried as members of the church piled on him.

Alberta Williams King was rushed to Grady Memorial Hospital, but the 69-year-old had sustained a fatal wound to the head. She and Boykin died shortly after the attack, stunning their congregation and their families.

“[It was] without question the worst day of my life,” King’s daughter Christine King Farris said, according to Atlanta Magazine. “I thought I had made it through the worst days of my life. I was wrong.” 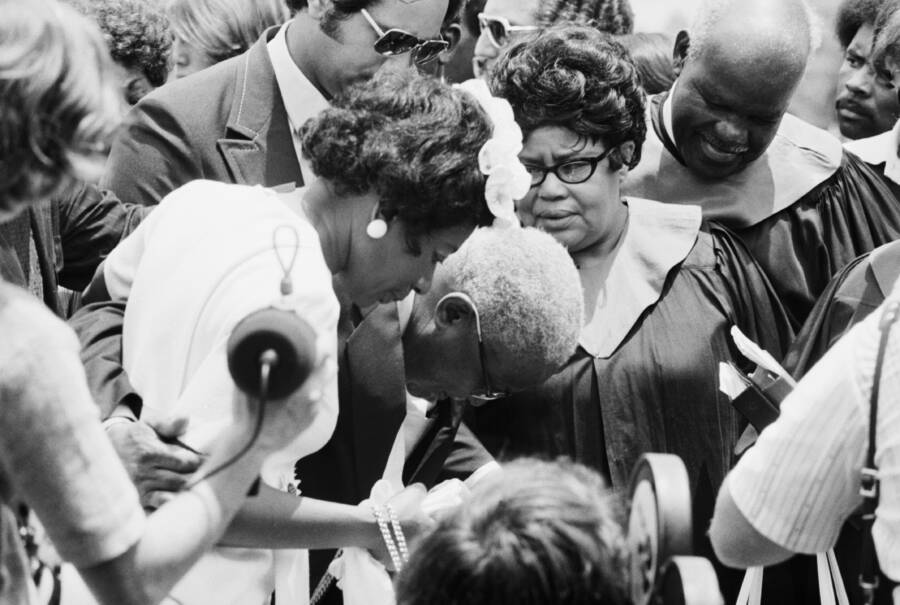 Bettmann/Getty ImagesMartin Luther King Sr. doubles over at the graveside of his wife, Alberta King, shortly after her death in 1974.

According to The New York Times, King’s killer had become convinced that all Christians were his enemies. He later explained that he’d gone to Atlanta out of a hatred for Black ministers and had hoped to kill Martin Luther King Sr., but Alberta King was simply closer.

Though his lawyers argued he was insane, Chenault was found guilty and sentenced to death. His sentence was later reduced to life in prison, in part because of a campaign led by the King family.

Alberta King’s family has described her as a crucial part of Martin Luther King Jr.’s life, someone who explained the world to him, instilled him with self-respect, and altogether acted as an important role model.

“Every now and then, I have to chuckle as I realize there are people who actually believe [Martin] just appeared,” Alberta King’s daughter wrote in her memoir Through It All. “They think he simply happened, that he appeared fully formed, without context, ready to change the world. Take it from his big sister, that’s simply not the case.”