Serial Killer Gary Heidnik: The Real-Life Buffalo Bill Who Fed One Of His Victims To His Prisoners

Gary Heidnik didn't just kidnap, torture, and murder women in the basement of his house of horrors in Philadelphia — he got one of his victims to help.

Gary Heidnik was every bit as twisted as the infamous movie character he inspired: Buffalo Bill from The Silence of the Lambs. He used his victims as sex slaves, forced them to torture each other, and even ground one of their bodies up and forced the other women to eat her flesh.

And yet, to the 50 members of his congregation, he was Bishop Heidnik, head of the United Church of the Ministers of God. They would meet every Sunday inside his home to hear his unique spin on the Bible. 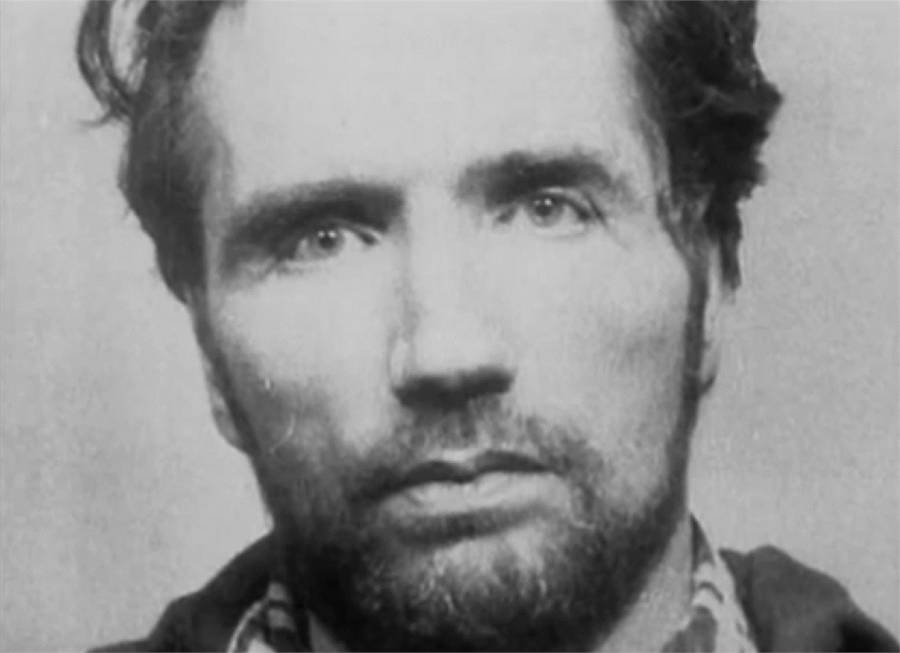 The Ecletic Collection/YouTubeGary Heidnik’s mugshot taken after his arrest in 1987.

Could they have ever imagined that, in the basement under their feet, Gary Heidnik had six women chained up in a pit?

Gary Heidnik — born in Ohio in 1943 — eventually learned how to control people after a rough start to his life. He’d suffered through an abusive childhood during which, he claimed, his father abused him and even mocked the young boy’s bedwetting by forcing him to hang his soiled sheets for the neighbors to see.

His troubles continued through high school, where he remained isolated and socially stunted before joining the Army after graduation. Following his discharge due to mental health issues (namely schizoid personality disorder) after just 13 months, Heidnik worked briefly as a nurse before finding a way to control people via religion.

Gary Heidnik started the United Church of the Ministers of God in 1971 in Philadelphia with just five followers and a $1,500 investment — but things grew wildly from there. He ultimately raised more than $500,000 for his cult. Furthermore, he learned how to manipulate people – and he put that skill to use on the women he’d started keeping locked up in his basement.

He’d been charged with crimes related to sexual assault before but never served any significant time. He’d even been charged with spousal rape of Betty Disto, the Filipino mail-order bride he wed in 1985 and who left him in 1986, but not before bearing him a son, Jesse.

In fact, Heidnik had two other children with two different women, both of whom had also complained of his deviant sexual practices and penchant for locking them up. But soon, those tendencies were about to reach new depths. 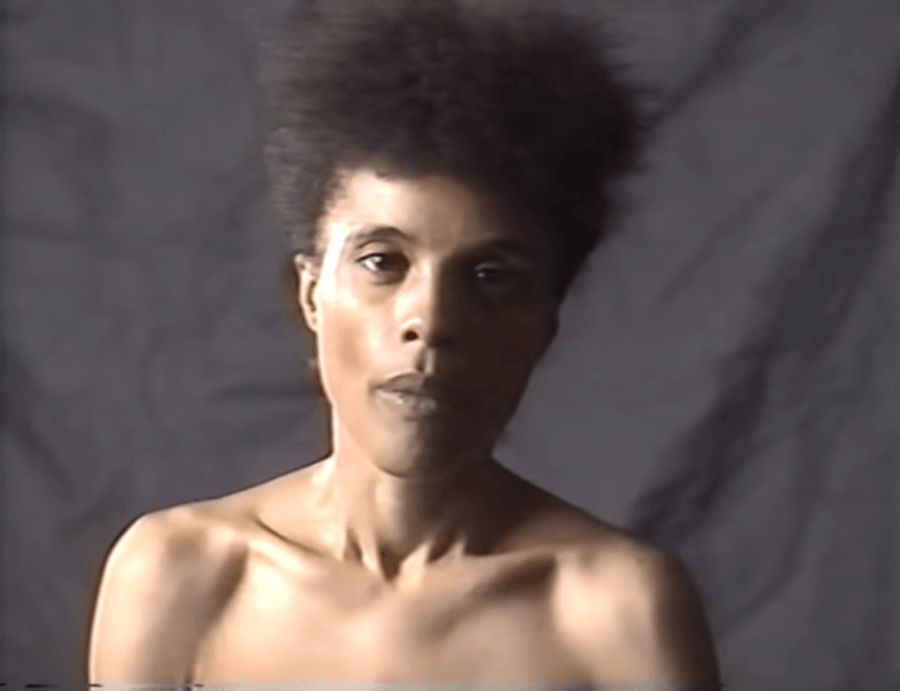 Gary Heidnik captured the woman conventionally cited as his first victim, Josefina Rivera, in 1986. And it’s hard to imagine, but he actually turned her, by many accounts, into his accomplice. The way he initially captured her, though, was as brutal as the capture of any of his other victims.

Like all of the women Heidnik targeted, Rivera was a prostitute, lured into his home by the promise of money in exchange for sex. While Rivera was getting her clothes back on, Heidnik came up from behind and choked her. Then he dragged her down to his basement, shackled her limbs together with chains, and sealed the bolts in with superglue.

Her life flashed before her eyes. “All I could remember was, like, a film projector of things that were going on in my life,” Rivera would later say. “It was, like – y’know, just flipping back.”

Gary Heidnik then beat her with a stick until she stopped screaming for help. Then he threw her into a pit, boarded it up, and sealed her in. The only light that seeped in came through the thin cracks between the wood covering overhead.

He would kidnap five more women in just three months, all in the same way as Rivera. They were choked, chained up, thrown into the pit, and boarded up inside, only pulled out to be raped or tortured.

“Anytime that you’re cut off from the world outside,” Rivera admitted after she was freed, “whoever’s holding you captive … you’re going to grow to like him regardless, because he’s your only contact to things that are outside. He’s your only source of survival.”

Rivera came over to Heidnik’s side and he made her the boss of the other women. It was his way of pitting the women against each other. If she did what he said, he’d bring her hot chocolate and hot dogs and let her sleep outside of the hole. But he made it clear: If she disobeyed him, she could lose all of her privileges.

Disobeying him was dangerous. When one of the women displeased him, Heidnik would put them “on punishment”: They would be starved, beaten, and tortured. Sometimes, he would wrap duct tape around their mouths and slowly jam a screwdriver into their ears, just to watch them squirm.

If Rivera was going to keep her privileges, she understood, she had to aid in the torture. Once, he had her fill the pit full of water, attach a stripped extension cord to the other women’s chains, and electrocute them while he watched. The shock was so painful that one of the women, Deborah Dudley, was electrocuted to death.

Heidnik barely reacted. “Yeah, she’s dead,” he said, after checking her body. “Now I can get back to having a peaceful basement.”

Gary Heidnik Forces The Women To Eat Their Friend

Excerpts from a 1991 interview with Gary Heidnik.

Even more so than that of Dudley, the most horrible death in that basement was the death of Sandra Lindsay, a mentally disabled woman who Gary Heidnik lured in shortly after Rivera.

Lindsay couldn’t take the abuse as well as the others, so Gary Heidnik put her “on punishment” and starved her for days. When he tried to give her food again, she didn’t move. He released her chains and she collapsed onto the ground.

The women were only allowed a few moments to panic. When they started screaming at the sight of their dead friend, Heidnik told them to “cut out [their] bullshit” or they would die next.

He then dragged her body upstairs and cut it into pieces. He cooked her ribs in the oven, boiled her head on the stove (neighbors’ complaints of the smell prompted a police visit but he claimed he’d just absentmindedly burned a roast), and put her arms and legs in a freezer. Then he ground her flesh up, mixed it with dog food, and brought it down to the other women.

Three of the women were still “on punishment.” A few days before, he’d let them watch TV and one had angered him by saying she was so hungry that the dog food in an ad looked “good enough to eat.” She’d get dog food, Heidnik told her, and she and the other two women would eat it – with Lindsay’s body parts mixed it (though some sources refute this account and say that Heidnik made it up to support an insanity defense later).

It would plague them for the rest of their lives – but they didn’t have much of a choice. They had to either eat her or die. As one of the women, Jacqueline Askins would later say, “If it wasn’t for me eating her or eating dog food, I couldn’t be here today.” 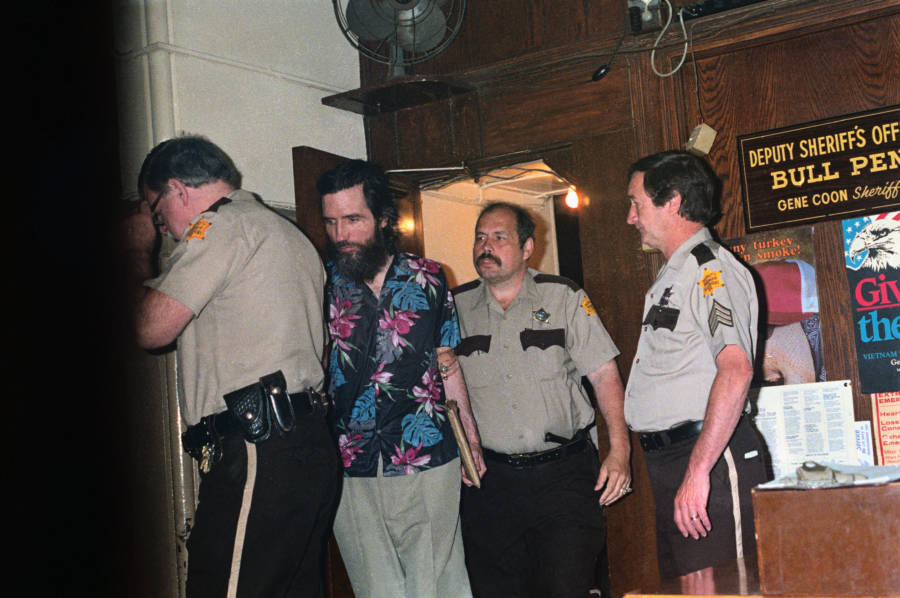 Ultimately, accomplice or not, Josefina Rivera saved them all. Toward the end, Heidnik was using her as bait to catch more women. He’d let her enter the outside world to help him pick up other women and lure them into his home, always keeping her close by his side.

She used the goodwill she’d earned to get these temporary trips out of the basement. On March 24, 1987, after helping Heidnik abduct a seventh victim, she managed to convince him to let her go for just a few minutes so that she could see her family. He would wait at the gas station, they agreed, and she’d come right back.

Rivera walked around the corner and out of his sight. Then she rushed over to the nearest phone and called 9-1-1. Officers promptly arrested Gary Heidnik right there at the gas station and then raided his house of horrors. After four months of imprisonment and torture, the women were finally free.

The Church Lives On 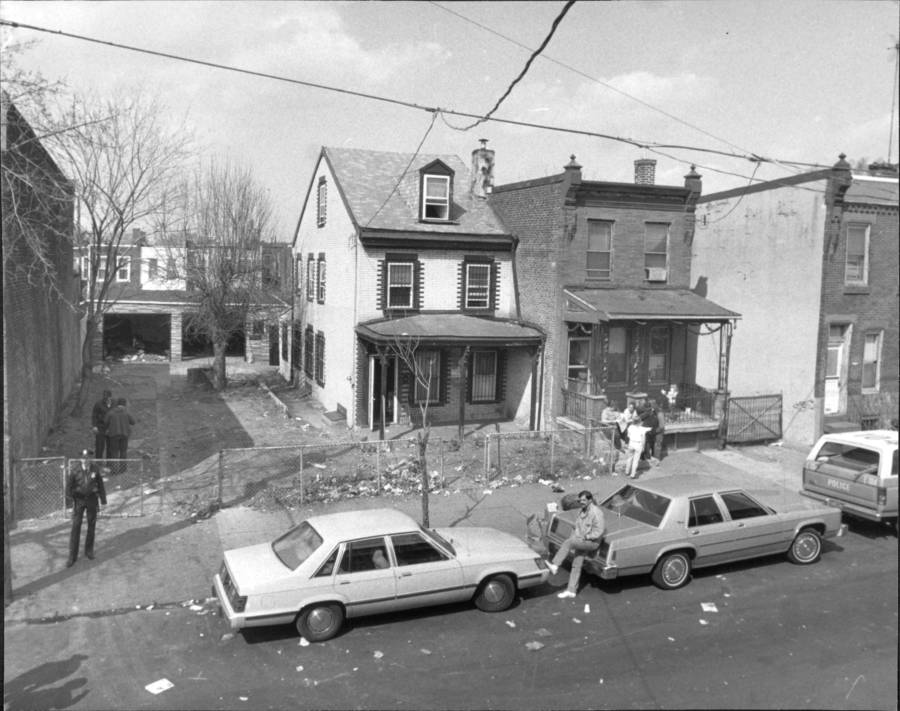 Despite his attempts to get off on an insanity defense, Gary Heidnik was convicted in July 1988 and sentenced to death. He tried to kill himself the following January and his family tried to get him off death row in 1997, but all to no avail.

Finally, on July 6, 1999, Heidnik received a lethal injection and became the last person to be executed in Pennsylvania.

A decade earlier, while he was still in prison, Heidnik’s legacy in pop culture was secured when the character of Buffalo Bill in The Silence of the Lambs was based on him. The character’s house of horrors and penchant for keeping women confined in a basement unquestionably recalled Heidnik’s crimes.

A scene from The Silence of the Lambs featuring Buffalo Bill.

As for Heidnik’s cult, it’s hard to say how much they knew. Even after he was arrested, they kept coming to church. While every news channel was blaring stories about Heidnik’s den of women and the way he abused them, his followers kept coming out to his house for Sunday services.

Brown, however, was mentally disabled. He was a victim of Heidnik’s manipulation, according to his lawyer, a man who fit “the pattern of Heidnik’s victims – he’s poor, retarded, and black.”

According to Heidnik’s neighbors, the members of his cult fit this description just as well. “He held these church services on Sunday. A lot of people came,” one of his neighbors recalled. “They were usually mentally retarded.”

Like Rivera, Gary Heidnik’s followers were victims of his manipulation.

But in a way, that’s perhaps the most terrifying part of the story. Gary Heidnik wasn’t just an unhinged sadist, willing to torture, murder, and cannibalize a basement full of women. He got people to help.

After this look at the depraved crimes of Gary Heidnik, read about Robert Pickton, the murderer who fed his victims to pigs, or Ed Kemper, the killer whose crimes are too disturbing to even describe.