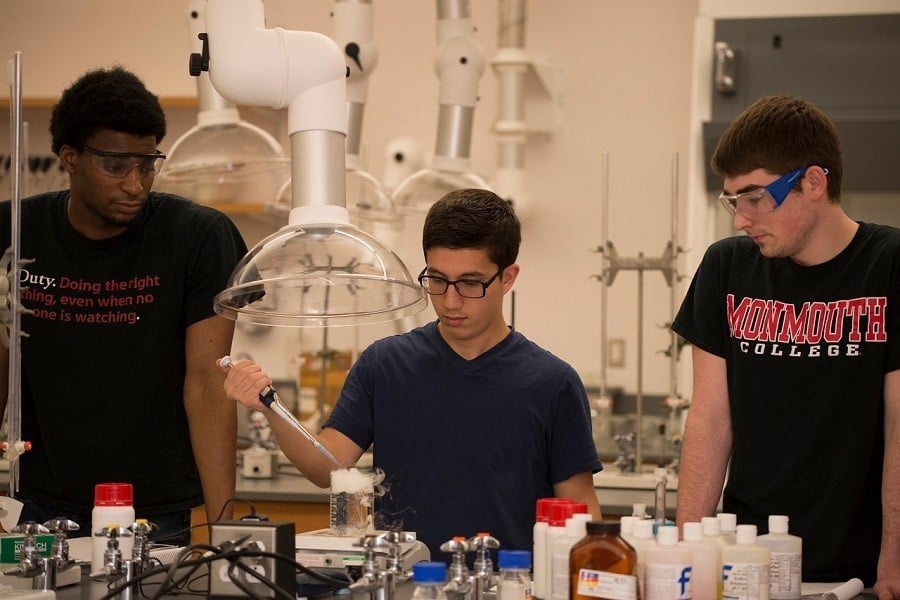 A new study shows that men in college-level STEM classes believe other males are smarter than their female peers, even when they aren’t. Image Source: Wikimedia Commons

Late last year, a dispiriting new study made headlines when it estimated that women’s pay won’t equal their male colleagues’ pay until 2133. But the process of getting a high paying job in many industries (and getting paid an equal amount) starts before a person even applies to a job; it starts with their education. And new research reveals that women aren’t only being treated unfairly in the workplace — they also face unequal treatment in their science, technology, engineering, and math (STEM) college classes.

Researchers from the University of Washington polled 1,700 undergraduate students in an introductory biology course. They found that male students consistently believe other males are the smartest in the class, even when they weren’t. It wasn’t a small preference either — men believed that their male classmates were an average of .75 GPA points smarter than they actually were.

“This shows that there is a huge inequity in who male students think is strong in the class materials,” said Dan Grunspan, lead author of the study. “Males were consistently nominated as being more knowledgeable by their male peers, regardless of performance.”

If you think this information is superfluous, it’s not: Peer support is a crucial factor in whether or not students continue in their STEM studies and, eventually, their career paths. If women are discouraged at this early stage, then the gender imbalance in these fields will only continue.

“Something is going on in the classroom that is either being influenced by currently held implicit biases or that is helping build implicit biases,” Grunspan said. “We need to be thinking about what that means for the future.”

Grunspan and the other researchers also fear that the bias is worse in other STEM fields. Men and women enroll in introductory biology classes at around the same rates, whereas the gender disparity in other STEM classes like physics and engineering is more severe. Where there’s a larger gender gap in enrollment, there’s likely a larger gender bias as well, the researchers noted.

To mitigate these inherent biases, the researchers suggest female study groups, teachers using randomized lists to call on students, and small-group discussions. But changing something so ingrained in the psyche of American students will surely take more than this, and sadly, the researchers themselves aren’t sure what the next steps are.

“As science instructors at the college level, you can only affect so much,” said Sarah Eddy, a co-author of the study. “There’s been at least 18 years of socialization. You do what you can to interrupt that.”

At present, the assumption that gender biases will naturally go away as older generations die off seems sadly misguided. Suddenly, that statistic about women not earning equal pay until 2133 starts to look like a frightening reality.