The Sad Story Of Murderous Mary, A Circus Elephant Hanged By A Tennessee Town

By All That's Interesting | Checked By Krissy Howard

The elephant died for being, well, an elephant. Thankfully, the death of Murderous Mary the elephant doesn't seem to be in vain. 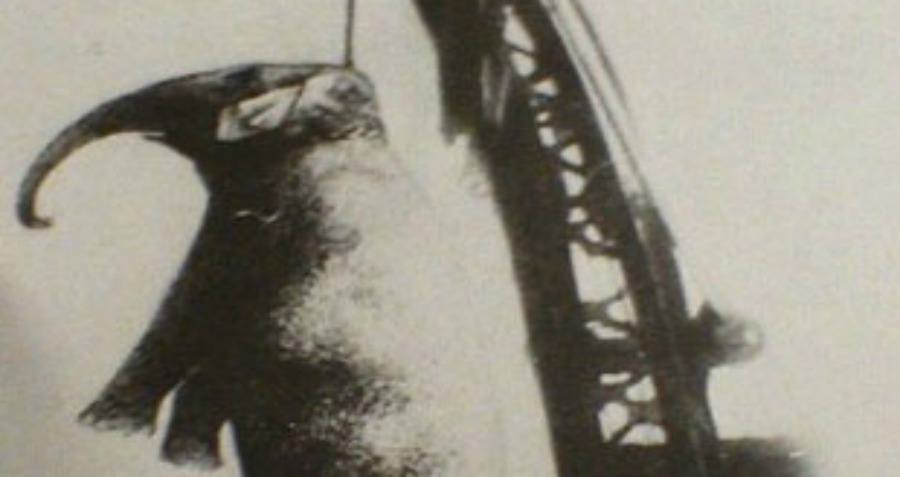 She went by Big Mary. For years, Mary worked for the Sparks World Famous Shows traveling circus, where she entertained towns from coast to coast. That all came to a crashing halt in 1916, when the town of Erwin, Tennessee arrested Mary for murder and hanged her from a crane in front of a crowd of spectators.

Mary’s story is as sad as it is bizarre. While time has clouded the exact details of her life, a few things remain certain: the female circus elephant killed the man who beat her with a hook, and a small town in Tennessee formed a mob, lynching her in a public execution as grisly as it is unbelievable.

Mary’s story begins in the late 19th century with a man named Charlie Sparks. A performer since the age of eight, Sparks would go on to own the Sparks World Famous Shows, a traveling circus featuring clowns, acrobats, lions and other exotic animals such as elephants, which included Mary. Sparks’ father purchased Mary when she was four years old, and Charlie and his wife, Addie Mitchell, would go on to raise her, treating the elephant like the child they never bore.

Her nickname, “Big Mary,” came well-earned. Touted as “The Largest Living Land Animal On Earth,” the five-ton Asian elephant stood taller than the popular Barnum & Bailey’s star, Jumbo, hovering over him by a supposed three inches. 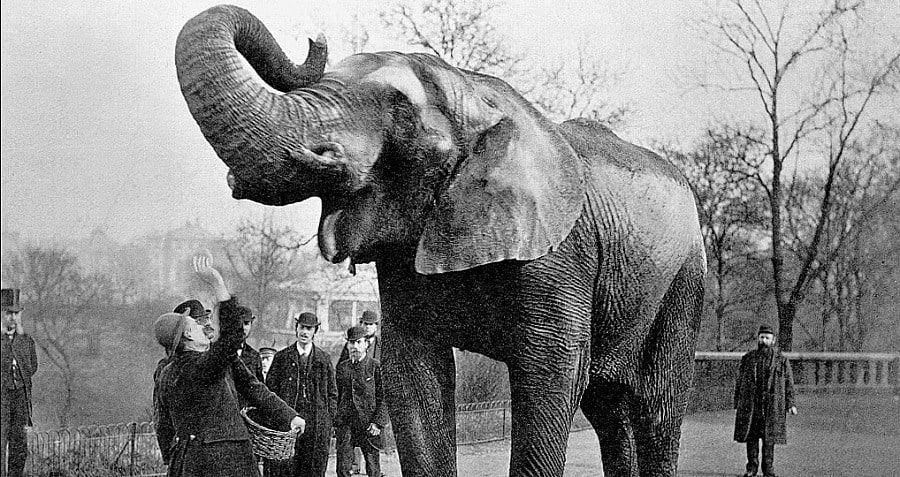 Playing musical instruments, standing on her head, and even catching baseballs, this gentle giant awed crowds all over the country. Mary was without a doubt the company’s star attraction, drawing many spectators to Sparks’ shows for years.

Mary’s future would find an expiration date, however, when the circus made its way to Virginia.

Upon Sparks’ arrival, a hotel worker named Walter “Red” Eldridge inquired about a job working with the show’s elephants. Despite his lack of experience, the circus hired Eldridge as an under keeper, which held him responsible for the elephants’ basic maintenance, such as feeding and watering them.

Circus employees trained Eldridge to handle his herd with the “gentle care” that Sparks insisted of his handlers. Eldridge would lose sight of this philosophy at the first elephant indiscretion, which resulted in one of the most cruel and barbaric cases of animal torture ever recorded.

Admittedly missing a few key details, the most popular telling of the tale involves Eldridge, a bullhook, and a piece of watermelon. Leading the elephants to a nearby watering hole while preparing for a show in Kingsport, Tennessee, Eldridge sat atop Mary, nudging her forward with his bullhook.

When the star performer stopped abruptly to reach for a discarded watermelon rind on the side of the road, Eldridge went against orders and began smacking her with his makeshift whip, digging its hooks deep into her flesh.

Mary snapped. Reaching behind with her trunk, some reports say Mary grabbed Eldridge, lifted him up into the air, and slammed his body onto the ground before using her massive foot to crush his head, killing him instantly.

Others claim that the elephant went on to impale the man with her tusks, while still others state that she merely whipped him in the head with her trunk, landing the fatal blow that killed him.

In spite of the competing stories, one thing is for certain: the town of Kingsport sought justice for Eldridge’s death.

When several shots from a spectator’s gun failed to subdue Mary, the crowd only became angrier, eventually chanting “Kill the elephant,” before chaining her outside of the county jail, where more onlookers gathered to witness the great “Murderous Mary,” as she was now known.

News of the killing spread fast. The Sparks clan had a show in nearby Erwin later that evening, but the town forbade the circus from entering so long as they had Mary in tow. With a crowd headed to Kingsport to kill his beloved pachyderm, Sparks had to make a tough decision.

Despite the close emotional bond the two had shared for years, Sparks severed the relationship in a way that would at least save his business’ life: he staged a public execution.

This decision then left Sparks with the difficult task of figuring out how best to execute a 10,000-pound animal. Bullets had already proved fruitless, leading some people to suggest crushing Mary between two trains.

Others pushed for a more macabre approach of tying her front and back legs to two trains running in opposite directions, dismembering her alive. As rural Tennessee lacked enough power to electrocute the beast, Sparks decided to hang Mary, which would satisfy both the need to kill her and the bloodlust driving the town to pandemonium. 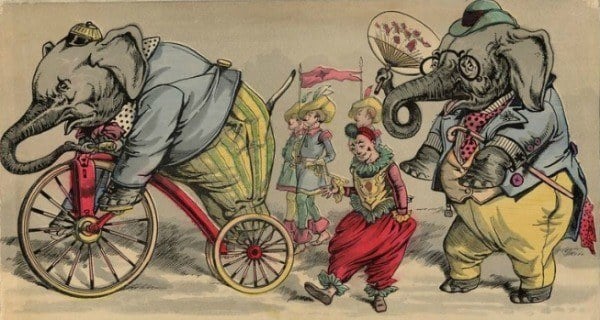 The next day, Sparks World Famous Shows entered the town of Erwin, ready to hang their star pupil from a 100-ton crane located on the railroad tracks. Followed by four other elephants, walking trunk-to-tail as they did in countless shows, Mary entered the “gallows,” where circus employees fitted a chain around her neck. The chain, which was attached to a crane, would hoist her into the air.

As with the bullets, the first chain failed to work on Mary. After lifting her five feet, the chain snapped, sending the elephant falling to the ground and breaking her hip in the process. Circus employees wrapped a second chain around her as she lie in pain, and lifted her once more, where she shrieked and thrashed about until going limp.

After suspended in the air for 30 minutes, a veterinarian declared her dead and employees lowered Mary to the ground.

A remaining elephant who had worked with Mary for years escaped his pen later that night, running toward the railway yard where Mary took her last, pained breaths. This elephant, too, was captured and returned to the circus which killed his companion.

The sad story of “Murderous Mary” is not an isolated one. Years earlier in 1903, an elephant named Topsy was famously electrocuted in Coney Island, New York after trampling three handlers in as many years.

Most recently, in 1994, an elephant named Tyke was shot 87 times by Honolulu police after escaping the circus ring mid-show, crushing her trainer while running for freedom. 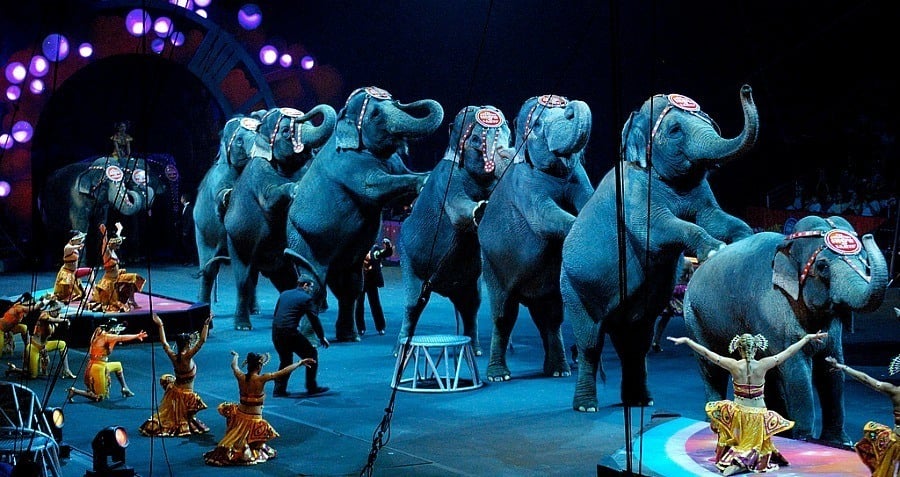 These examples, along with the torture that trained animals undergo to perform for the sake of others’ entertainment, have led countless animal welfare groups to advocate for change in the handling of performance animals.

These efforts aren’t for nothing: In May 2016, the Ringling Brothers’ Circus announced that it would retire several circus elephants, and had plans to eliminate their use in shows entirely by 2018.

A century after her death, Mary didn’t suffer in vain, either. “She’s an example of why we should never have put these animals in such unnatural situations in the first place,” president of the Performing Animals Welfare Society Ed Stewart told The New York Daily News.

“This elephant was simply acting like an elephant. They are inherently dangerous, and I don’t blame her for what happened. I blame those who put her in the circus. It’s their fault.”

After learning about Murderous Mary the elephant, learn about the sad fates of animals who encounter the U.S. federal government’s Wildlife Services. Then, check out elephant facts you’ve surely never heard before.