The Incredible Survival Of Genelle Guzman-McMillan, The Last Person Rescued From The Rubble On 9/11

Genelle Guzman-McMillan was hurrying down the stairs of the World Trade Center’s North Tower when the building collapsed around her, leaving her trapped for 27 hours before she was finally saved. 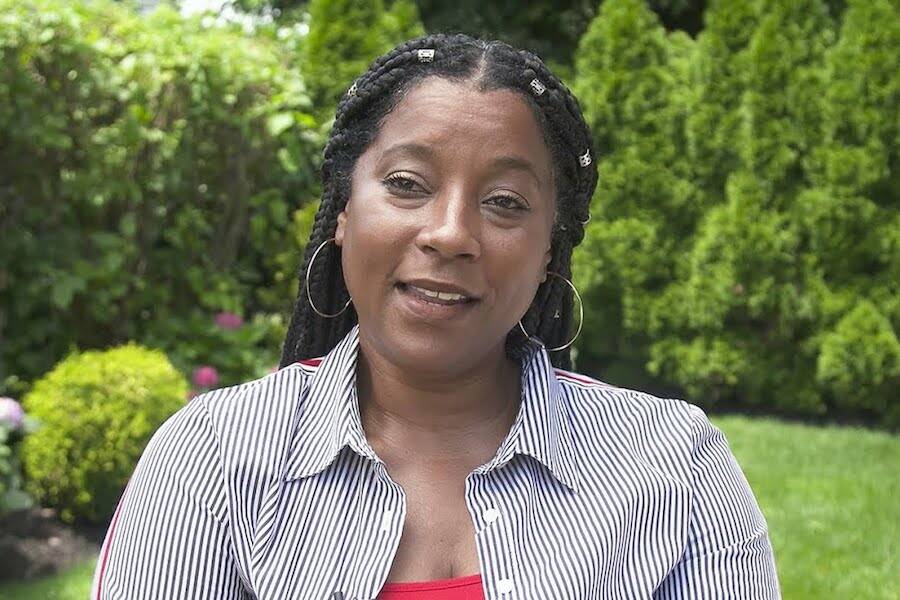 Guideposts/YouTubeGenelle Guzman-McMillan survived for more than a day almost completely immobilized below the World Trade Center before she was rescued.

Inside the North Tower of the World Trade Center, Genelle Guzman-McMillan felt the building shake. She was working on the 64th floor at the Port Authority of New York and New Jersey and ran to the window to see what had happened. Bits of paper and debris were everywhere in the sky.

Then, 17 minutes after the impact of the first plane 30 floors above her, she felt the building shake again as the second plane hit the South Tower. By then, the elevators had stopped working, and Guzman and her coworkers all decided to evacuate the building on foot.

But as they made their way down the stairwell, the North Tower collapsed around them. In a split second, she was separated from the group and crushed under the rubble.

Twenty-seven hours later, she was the last person to be rescued alive from the World Trade Center, and she believes a guardian angel named Paul kept her alive. 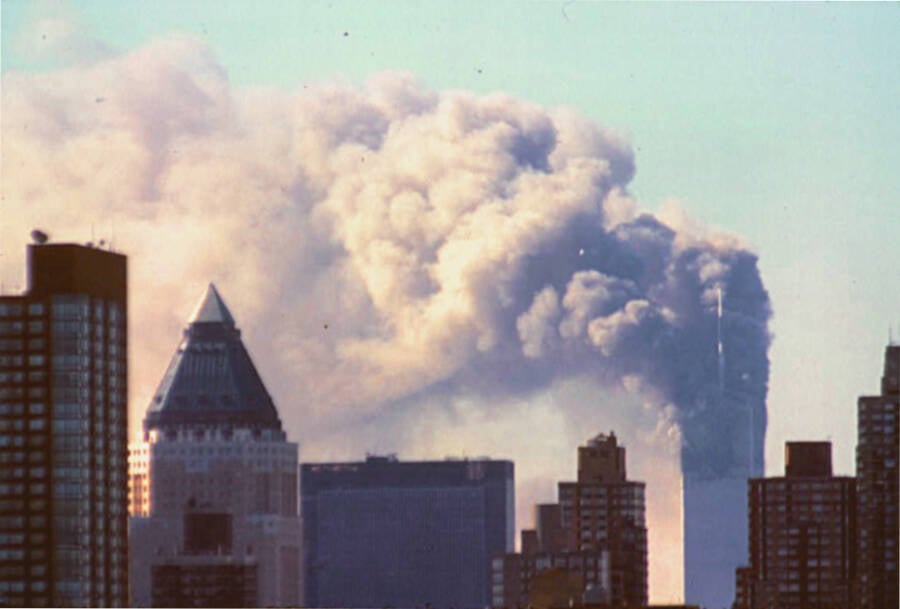 Genelle Guzman-McMillan was one of nine siblings born to Venezuelan immigrant parents in Trinidad and Tobago. She graduated from North Eastern College in Trinidad and immigrated to New York City in the 1990s, hoping to find her dream job.

Like many, she fell in love with city life and decided to make her move permanent in 2000. Guzman-McMillan held a handful of jobs before being hired as an office assistant for the Port Authority. Her office was in the North Tower of the World Trade Center.

On Sept. 11, 2001, Guzman-McMillan, then 30 years old, clocked in at 8:05 like always, and she and her coworkers settled into what they thought would be an average Tuesday.

Then, at 8:46 a.m., she felt what she believed to be an earthquake. Her home island was frequently in the path of earthquakes, and she thought she had little to fear.

An announcement over the building PA system told them to stay put, and her manager told her he’d made a call to the Port Authority police to see what was happening. In the meantime, he asked everyone to remain calm and stay in the office.

Trapped In The Footprint Of The North Tower 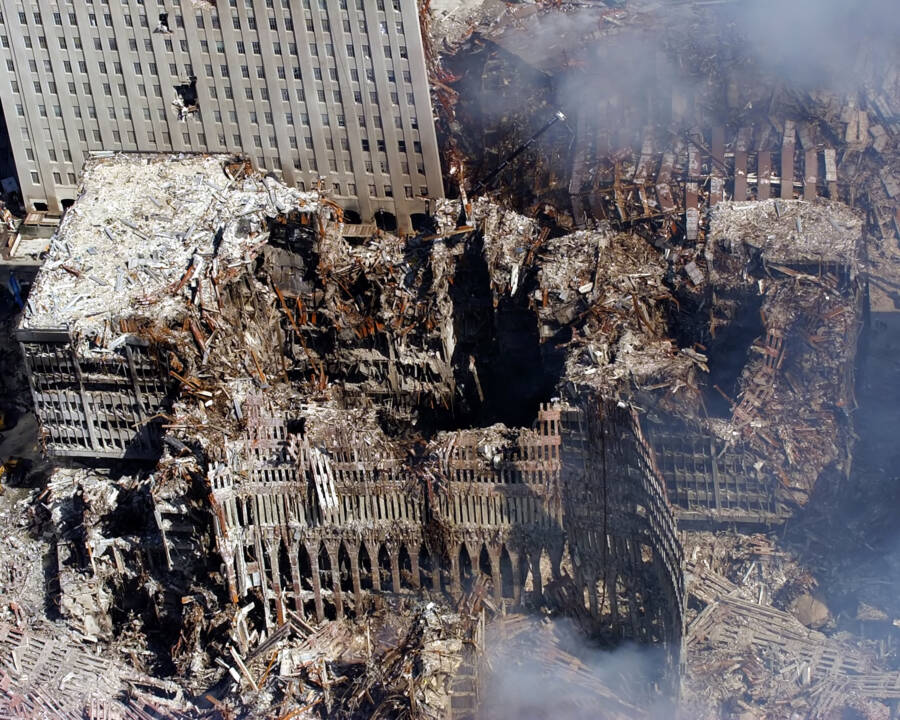 Eric J. Tilford/U.S. NavyThe bottom portion of this image shows the remnants of the North Tower after the World Trade Center attacks.

Not everyone heeded the call to stay put. Several rushed to the elevators or stairs. But Genelle Guzman-McMillan and several coworkers didn’t want to leave until they knew what was happening.

The building had recently had an emergency drill, and because the lights and alarms had not gone off as they had during the training, they did not believe it was an emergency. The group moved to a conference room to see if the news had reported an earthquake and quickly realized they were in danger.

She called her boyfriend, Roger, who told her to get out of there, but by then, the elevators had shut down, and they’d just been instructed to remain on their floor.

But minutes later, when the building shook once more with the impact of the second plane in the South Tower just 200 feet away, Guzman-McMillan said her “heart dropped.” And despite the Port Authority’s directions to stay put, the group decided to take the stairs, likely saving Guzman-McMillan’s life.

The whole way down, Genelle Guzman-McMillan held hands with her friend Rosa. “Rosa and I counted each floor as we passed — 47, 46, 40, 35. I thought we might be out of danger. My feet ached,” she said.

“When we reached the landing on the thirteenth floor, I let go of Rosa’s hand to yank off my heels. As I did, there was another loud explosion. The force of it knocked us backward. We heard a rum­bling noise that grew louder and loud­er. Suddenly, everything went dark.”

The North Tower had been hit first but was the second collapse. It was 10:28 a.m., and Guzman-McMillan was trapped under the rubble of the building. It was pitch black. Her right leg had been crushed, her face was burned, and her head was wedged between two concrete pillars, immobilized.

Genelle Guzman-McMillan’s ‘Angel In The Rubble’ 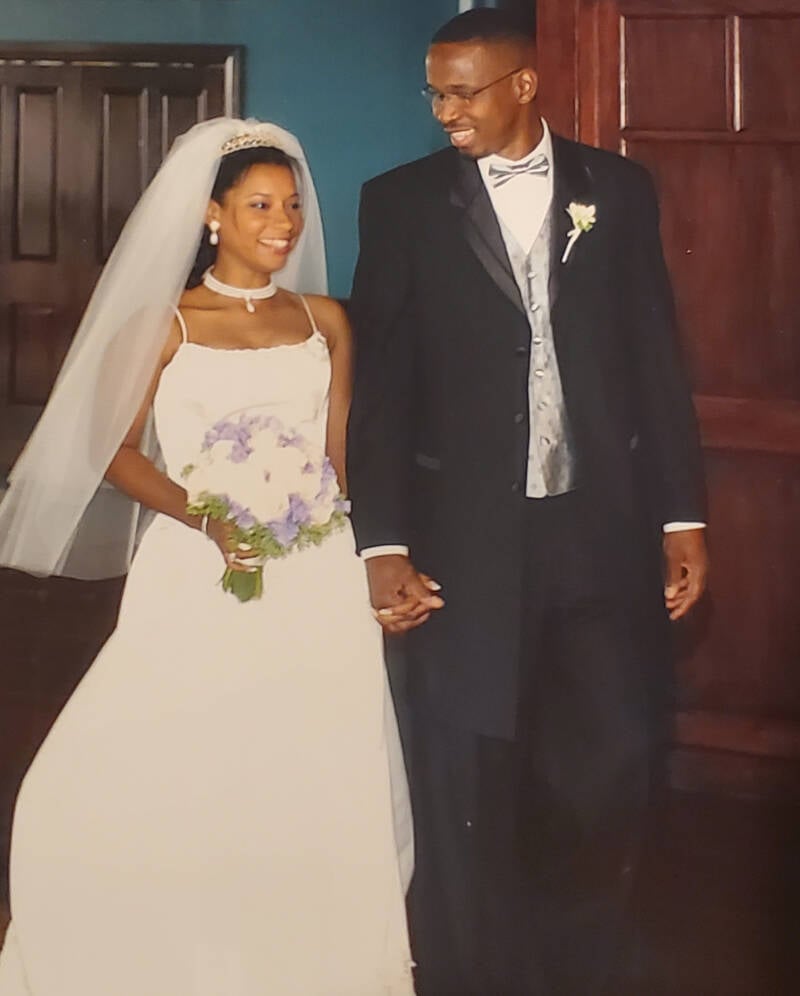 Genelle Guzman-McMillan was trapped for over a day, unable to move anything but her left arm. All around her was silence. Eventually, she managed to tear her head free by wrenching her neck as hard as possible. She heard the hair rip out of her scalp as she pulled her dead free. Still, she felt hopeless.

“I was thinking I’m going to die. I knew I wasn’t going to get out. I’m preparing myself to die,” she said. But then, she thought of her daughter.

“I decided to pray. I just knew that I wanted to live because I wanted to see my daughter, Kimberly. She was 12 at the time. I just keep begging and praying, just asking God to show me a miracle.”

And just as she had given up, believing no one was coming to get her, Genelle Guzman-McMillan says she heard someone call out to her and grab her hand. She remembers the man saying, “My name is Paul. Just hang on. They’re going to get you out of there.”

Moments later, a rescue team pulled her from the destroyed remnants of the building, and she remained in the hospital for over a month. For a time, doctors believed they would have to amputate her leg, but they were able to save it after four surgeries. As her body healed, she began processing the events of that day, believing that her faith helped her through the traumatic ordeal.

And within a month of being discharged from the hospital, she decided to marry her boyfriend, Roger. The two went to City Hall on Nov. 7 and soon started a family and moved to Long Island. Guzman-McMillan earned her Airport and Airline Management certification and has built her career with the Port Authority.

A few years ago, she visited the memorial fountain where her office once was. It was the closest she had been to the site since she was pulled from the debris. She looked carefully for Rosa’s name.

And she looked for Paul. When news crews came to interview her about her survival story, they brought some of the members of the first responder team that rescued her. But when she asked for him, he was nowhere to be found. A crew member later told her, “There’s definitely no one on our team named Paul.”

For the 10th anniversary of the attacks, Genelle Guzman-McMillan wrote a book about her experiences called Angel in the Rubble where she tells the story of Paul, who she now believes was her guardian angel coming to remind her of her faith.

After learning about Genelle Guzman-McMillan’s miraculous rescue after Sept. 11, read the heartbreaking story of Flight 93 passenger Brian Sweeney’s final message to his wife. Or, read these epic survival stories from around the world.