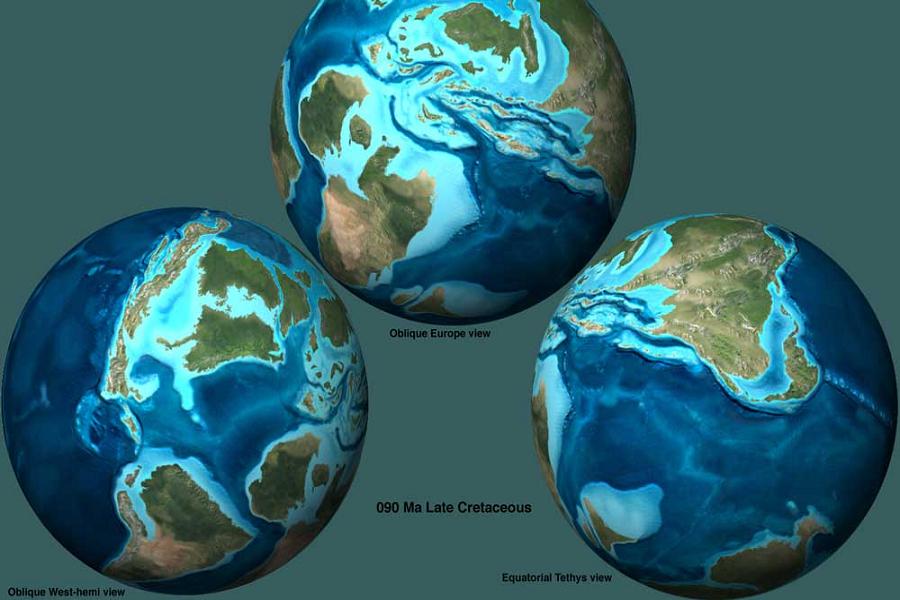 As much fun as that story is, the science behind the Giant’s Causeway is somehow even more impressive.

During the Cretaceous Period, much of the world was covered with shallow saltwater seas. By the end of the period, about 65 million years ago (MYA), the entire area of northern Europe was covered with a vast chalk bed. As numberless tiny creatures died and shed their chalky skeletons onto the sea floor, those skeletons built up and the whole area was pressed into a fine, powdery chalk. The famous white cliffs of Dover are a remnant of this ancient sea floor. 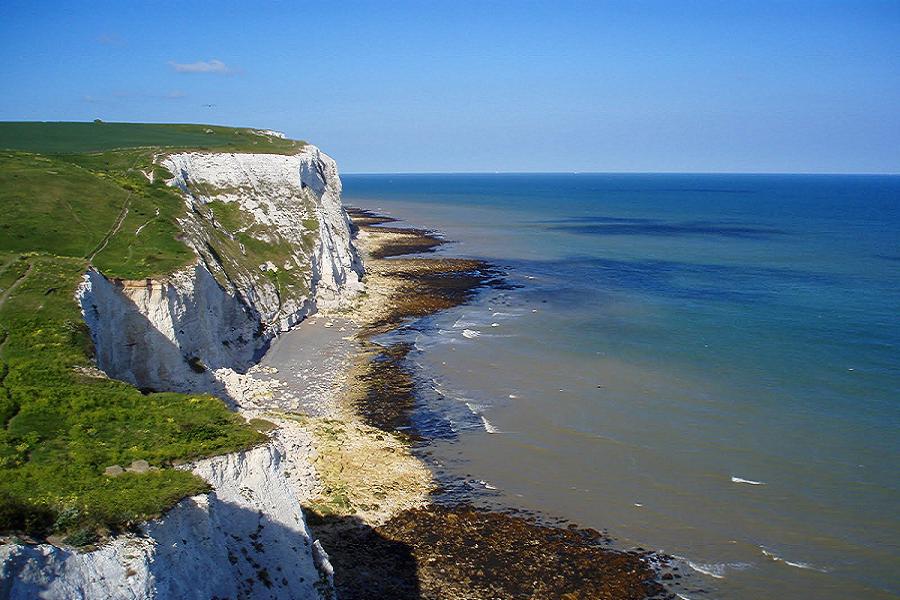 Then, 50-60 MYA, something began to stir under what is now Ulster. Volcanoes pushed vast quantities of molten rock up through the chalk’s weaknesses, creating lava tunnels through which more basalt could be pushed. It’s impossible to get across how much energy went into lifting this magma to the surface. To give you some idea, here’s a rock: 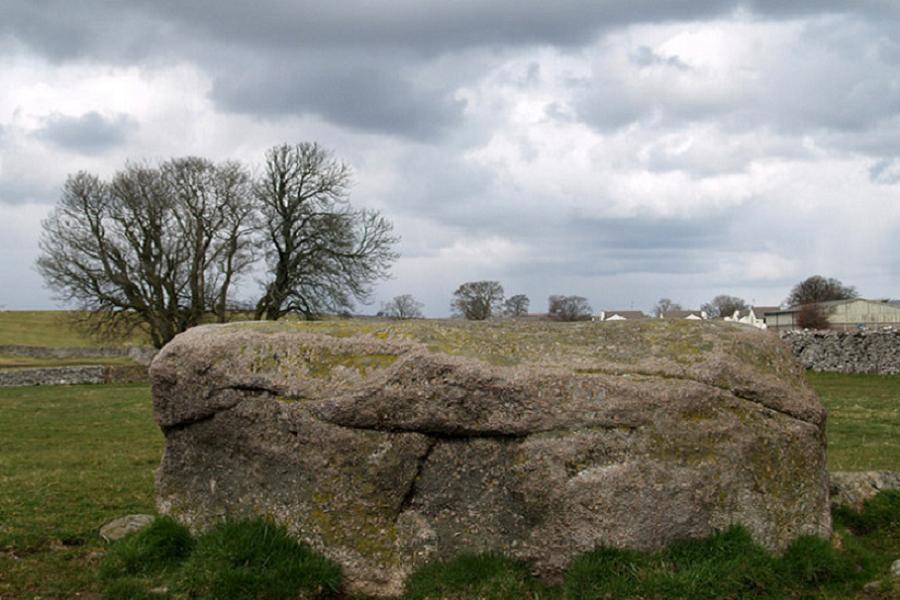 Imagine the effort it would take to lift that much rock even a foot off the ground. Now imagine lifting a million of those rocks six miles, from the melt zone in the deep crust to the present height of the causeway, nearly 100 feet above sea level. Yeah—volcanoes are badass like that. 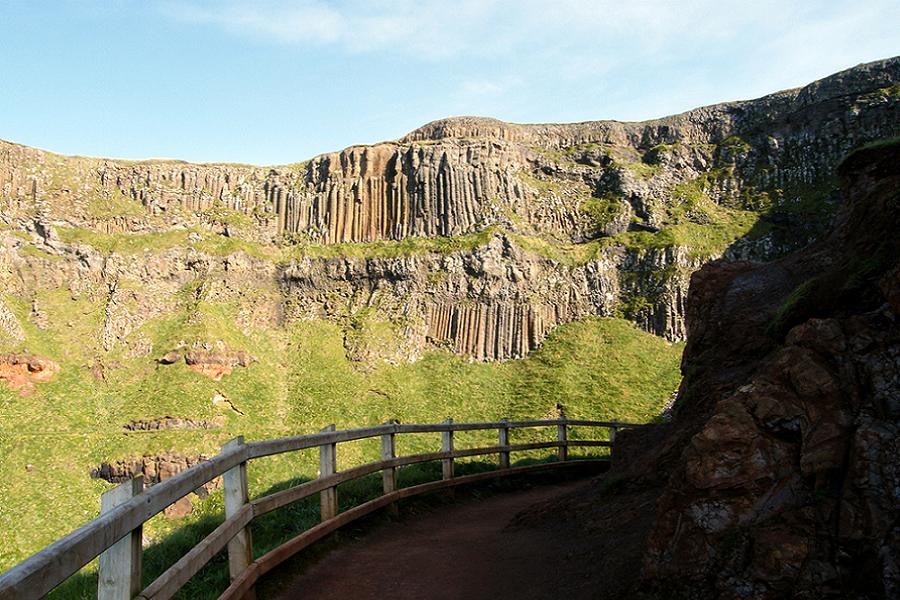 Once the giant slab of rock had been laid down to a depth of 100 feet or so, the eruptions mostly stopped, leaving the plateau to slowly cool on its own. That slow cooling is at the heart of what makes the Giant’s Causeway special. Fast-cooling basalts split quickly and produce only very small columns. The Thulean Plateau, however, was massive enough to retain its heat for much longer than most such structures, producing the Causeway’s distinctive columns. 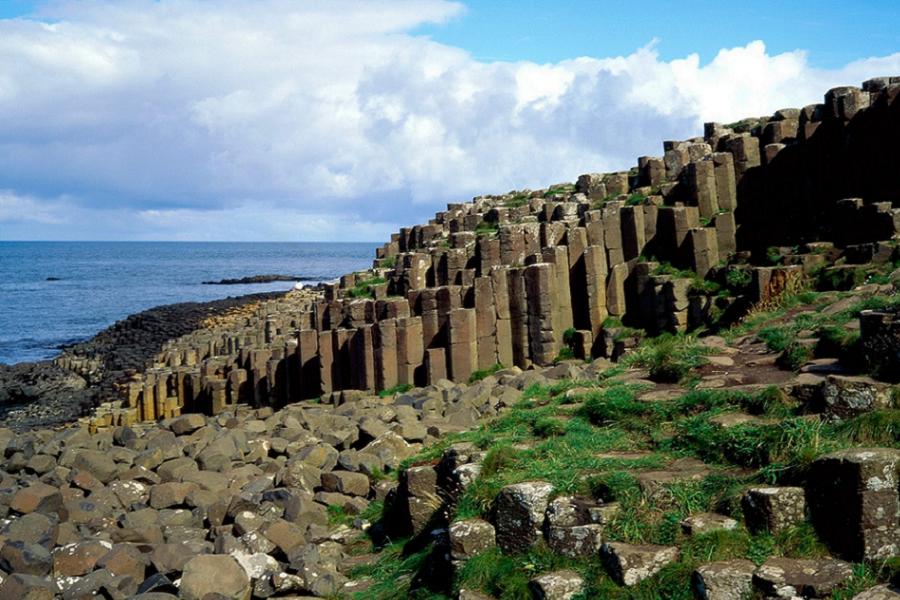 Even better, as the columns split from each other—following the rule of minimal surface area to volume that we saw in the honeycomb—they would also crack horizontally, creating distinctive “biscuits.” As this happened, the bottom of one biscuit would often fracture into a convex shape, which left the top of the next concave. This improves the columns’ stability by allowing them to flex along these “ball and socket” joints without further cracking or tumbling down. 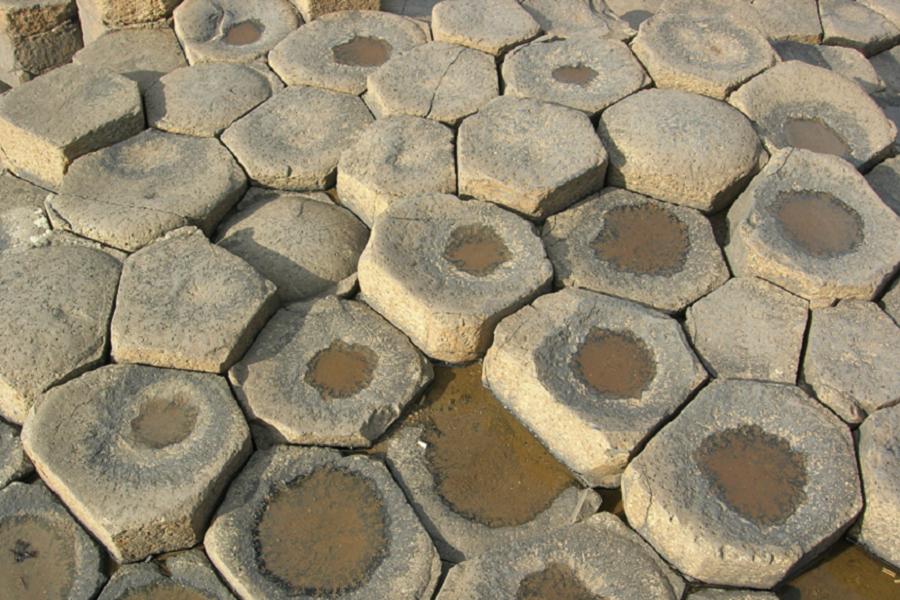 The Giant’s Causeway is a fine sample of order emerging from the seeming chaos of unguided natural forces, and how a little bit of this and that in the sciences—in this case, geology, physics, and applied mathematics—can converge to produce a thing of stunning natural beauty. We’re drawn to this order, and having the intelligence to figure out where it comes from ennobles the human spirit like nothing else. 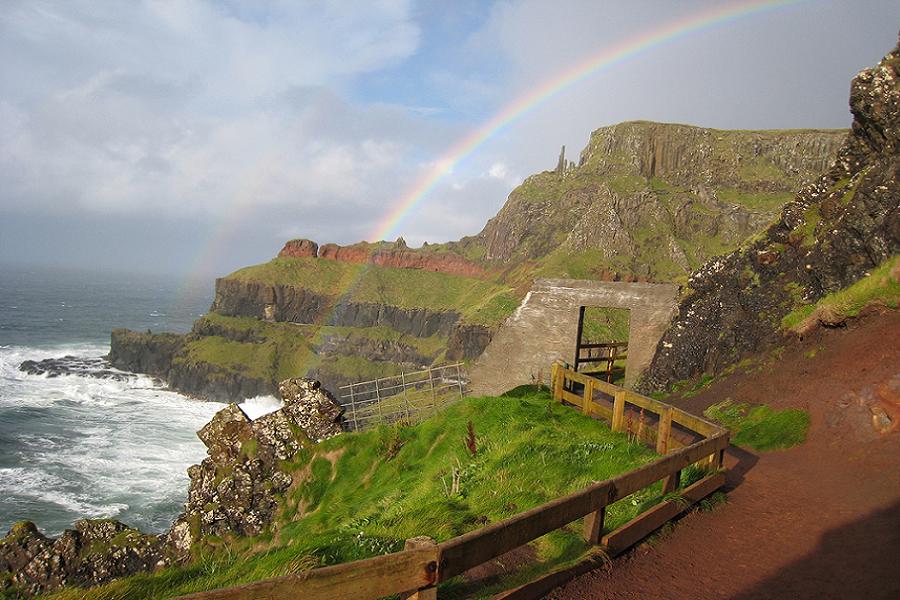 Today, the Giant’s Causeway is owned by the National Trust, covers 173 acres, and is visited by over 750,000 people every year, making it Northern Ireland’s most popular tourist destination by far. The park is served by a bus and train line, and reservations for the visitors’ center can be made online through the National Trust’s website. Admission is £17 for adults, and £4.50 for children under five. You might want to consider disguising yourself as a baby.