One baffled doctor wrote up the discovery: "There is no clear explanation for this anomalous presence."

Zhurakivska etal., OOOOJournal, 2020She was first diagnosed and treated at 19, but returned six years later — and the year after that — with the same condition.

It’s been over a decade, but the rare case of a woman growing hair out of her mouth is still fascinating experts. It began when a 19-year-old Italian woman met doctors at the University of Campania Luigi Vanvitelli, desperate for answers. Her diagnosis was gingival hirsutism — an extremely rare condition.

Their findings, published in the journal Oral Surgery, Oral Medicine, Oral Pathology, and Oral Radiology, chronicle the woman’s strange and recurrent symptoms. She first sought help for the condition in 2009 when eyelash-like hairs kept growing from the gums behind her upper front teeth.

Doctors diagnosed her with polycystic ovary syndrome (PCOS), which results from a sex hormone imbalance and can cause excessive hair growth. She was given birth control pills to regulate her hormone levels and underwent oral surgery to remove the gum hairs.

This seemed to have worked — at first. There was no recurring hair growth for several years, but in 2015, the gum hair returned and had spread to her chin and neck, as well. 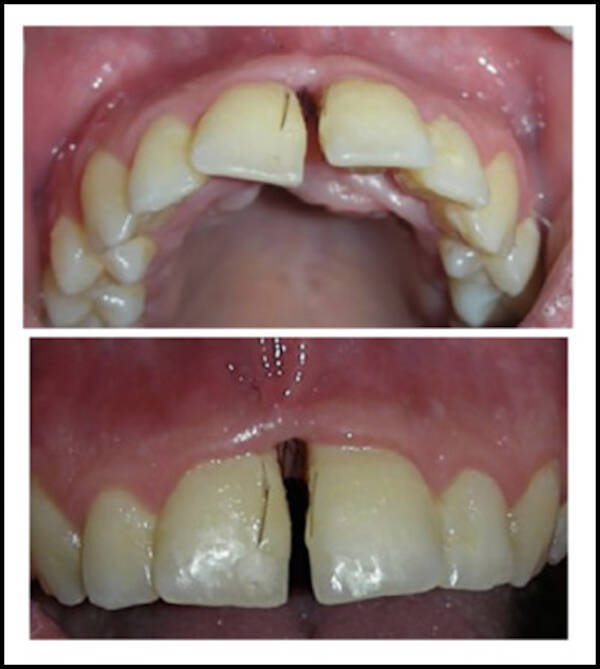 Zhurakivska etal., OOOOJournal, 2020There have only been five previous cases of this condition, dating back to the 1960s. All other cases have been men.

The woman, then 25, had stopped taking the birth control pills before the hair returned, so doctors simply used the same two-pronged approach as before. They prescribed her medication to balance out her hormone levels, performed surgery, and asked her to return in a year’s time. When she did, she had even more hair growing from her gums.

Since this is an exceptionally uncommon condition, doctors decided to take advantage of her case by taking a small tissue sample from her gums. A microscope revealed that the gum tissue the hair shafts were pushing through was unusually thick.

As the researchers theorize in their study, the mucosal tissue in the mouth is closely related to the tissues that comprise our skin while we’re an embryo. This could potentially explain why these hair cells were activated in the woman’s mouth.

In fact, having sebaceous glands — glands that secrete an oily substance on the skin near hair follicles — in your mouth is entirely common; having hair in the mouth, however, is not. The study’s authors noted that this dichotomy remains very much a mystery.

“There is no clear explanation for this anomalous presence of one relatively common finding and the absence of the other in the oral mucosa,” the study explained. 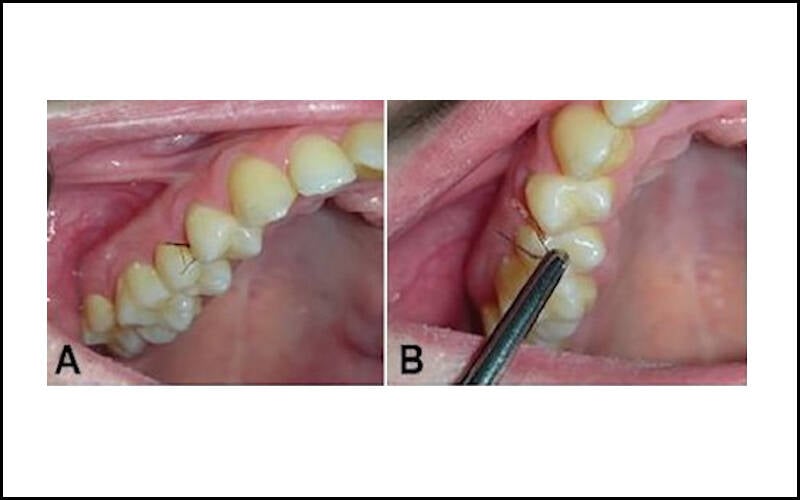 Zhurakivska etal., OOOOJournal, 2020The woman was giving birth control pills to regulate her hormones and thereby reduce the hair growth. She also had the hairs surgically removed.

To their point, there seem to be only five cases that are even similar to this one throughout the history of medical literature. Those other cases date back to the 1960s — and all were found in males.

Ultimately, this appeared to be the first case of PCOS spurring or causing oral hair growth ever documented. With no cure for the condition, the unlucky woman might have to wake up to a hairy mouth for the foreseeable future.

After reading about the Italian woman who was found to have eyelash-like hairs growing in her mouth, learn about the 132-pound tumor removed from a woman’s abdomen. Then, read about the Scottish woman who can hear her own eyeballs move and has never experienced silence.