From Shirley Temple to the Two Coreys, these iconic child actors endured hardships invisible in their onscreen lives.

It is no secret that the lives of Hollywood performers are often fraught with difficulties. But when the performers in question are children, the results of living in the spotlight are often even more tragic. Indeed, the intense scrutiny that comes with maturing in Hollywood has spelled the downfall of some of the industry’s most beloved child actors.

There are more fortunate cases, which sadly seem few and far between, where some young performers were able to transcend the bizarre and concerning circumstances of their upbringing to lead productive and even fairly grounded lives.

From the trials and tribulations of a 16-year-old Judy Garland on the notoriously difficult set of the beloved classic film, The Wizard of Oz, to the shocking details behind Drew Barrymore’s underage foray into the very adult inner sanctum of Hollywood, the passage of time into a more enlightened and modern world has not guaranteed that life for a child star will be any easier.

While more rigid regulations and guidelines are now in place to prevent outward abuse and overworking, the ethical concerns regarding the privacy and overall wellbeing of child actors remain.

Perhaps by remembering the stories of young stars from yesteryear in the context of better understanding mental health and substance abuse, we can undo this stigma of young has-beens. 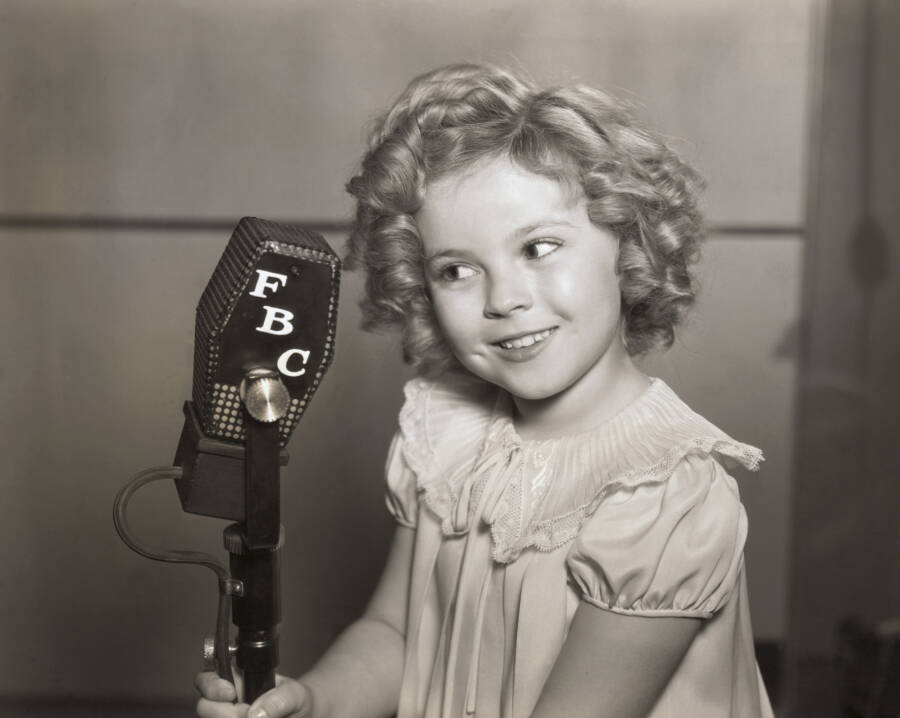 Getty ImagesChild actor Shirley Temple was renowned for her innocent charm, but her beginnings were not so.

The Curly Top child star of the Great Depression had a questionable Hollywood origin story — not that she could be held accountable for this at just three years old.

Shirley Temple was perhaps the nation’s first true child star, known as she was far and wide at the dawn of the film industry. Famous for her plucky attitude, adorable dancing, and maybe most famously, her mop of curly red hair, Temple quickly became a beacon of innocence and joy in the midst of the Great Depression of the 1930s.

Yet while she is closely associated with happy-go-lucky films such as Curly Top and The Littlest Rebel, the beginning of her storied career is undoubtedly marred by some rather seedy practices. Indeed, before she was a bonafide Hollywood phenomenon, Shirley Temple appeared in a set of films known as Baby Burlesks.

These pre-code era films featured a cast comprised entirely of toddlers playing parodies of much more mature films that touched on current events, films of the day, actors, actresses, and politics. While the concept itself may seem innocuous, the children of the Baby Burlesks were required to perform in skimpy clothing and mimic adult scenarios.

In one such film, entitled War Babies, Shirley Temple is seen wearing a loose-fitting top that seems almost purposely designed to slip and fall down her arms in a suggestive way. But perhaps the most concerning aspect of the film lies in the fact that Temple is required to channel the mannerisms and demeanor of a prostitute.

From performing a caricature of a seductive dance to being referred to as “baby” by a band of sailors also played by barely-dressed young boys, to even calling herself “expensive,” Shirley Temple’s role in War Babies is just one example of the ways in which Baby Burlesk took advantage of the innocence of child actors too young to understand or consent to the highly sexualized roles they had to play.

Temple would later go on to say that the films were “a cynical exploitation of our childish innocence” and that they “occasionally were racist or sexist.” As Shirley Temple’s career progressed, so too did some of the harsh rumors that spread about her.

At the height of her fame, rumors swirled that she was not a child at all but rather a 30-year-old dwarf. The story became so pervasive that the Vatican even dispatched a priest to confirm whether or not Temple was actually an adult.

Additional rumors spread that her hair was a wig which brought fans to make routine attempts to pull on her curls in the hopes of revealing a bald head.

Not only was Shirley Temple subjected to hard work and cruel rumors, but she was also deprived of a normal social life. In 2016, one of Temple’s oldest friends, Marilyn Granas who had served as her stand-in on many film sets, opened up about what life for Temple had been like:

“I did feel sorry for Shirley because her childhood was so unnatural. She didn’t get to go to public school. She didn’t have a lot of friends or get to do kid things, like ride bikes. On the set, it was exclusively the two of us. We never played with other kids.”

In the end, Shirley Temple’s childhood was, from start to finish, defined by her exposure in the public eye. Whether she was performing in salacious films that put toddlers in overtly sexualized scenarios or being harassed over assumptions about her physical appearance, Shirley Temple’s treatment as a child actor set an unfortunate precedent for the ways in which future young stars would be viewed.

Though Temple did manage to live a rather well-adjusted adult life serving time as the ambassador to Czechoslovakia, her origins can and should serve as a cautionary tale about the perils of Hollywood stardom at a tender age.