The Hays Code, inspired by Catholic dogma, attempted to — and succeeded in — censoring Hollywood films for nearly three decades. 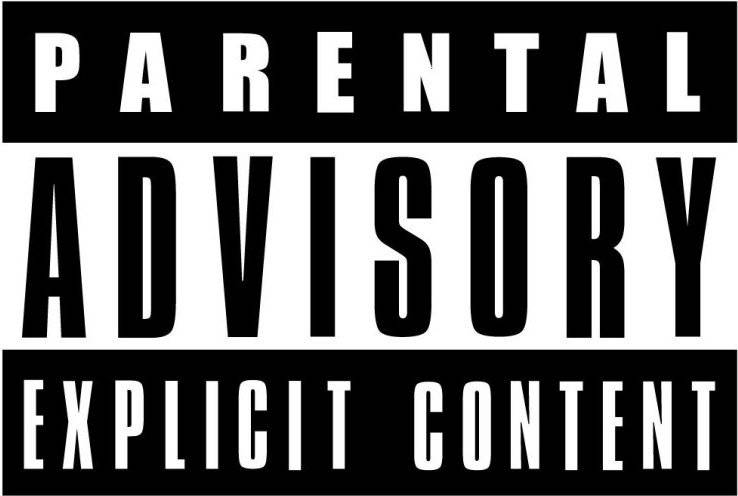 The Hays Code, predecessor to the modern MPAA ratings, ruled Hollywood for 30 years.

Your great-grandparents likely went to movies that would have made the pastel-colored drive-ins of the 1950s blush. Like the Wild West or the early days of the internet, the films of the 1920s and early 1930s — a period known as pre-Code Hollywood — had few rules and fewer inhibitions. As such, The Motion Picture Production Code, or the Hays Code, was established to censor American filmmakers and bring some decency back into Hollywood — and it coincided with Hollywood’s Golden Age.

This set of censorship rules changed the film industry for decades and eventually laid the groundwork for the current system. But to understand the Hays Code and its ramifications, one needs to understand the kind of Hollywood that it was attempting to tame.

The Wild West Of Pre-Code Hollywood

Seeing a movie in the early 1900s might shock modern audiences. Not for the content themselves, but for the decadence and darkness that these earlier films got away with showcasing. For instance, the inflammatory 1915 film Birth of a Nation depicted the kind of graphic violence we flinch at today but that was common in films of its era. There was suicide, lynching, and racist vigilantism in that film as well as many others.

Nudity of varying degrees was also rampant in such films as The Sign of the Cross and The Legend of Tarzan where the man of the jungle sported a famously skimpy loincloth.

Audiences balked against gestures to homosexual lifestyles, the exploits of vamps and man-eaters, and the use of overt sexuality as a weapon in pictures like Gold Diggers Of 1933 and the classic Baby Face. 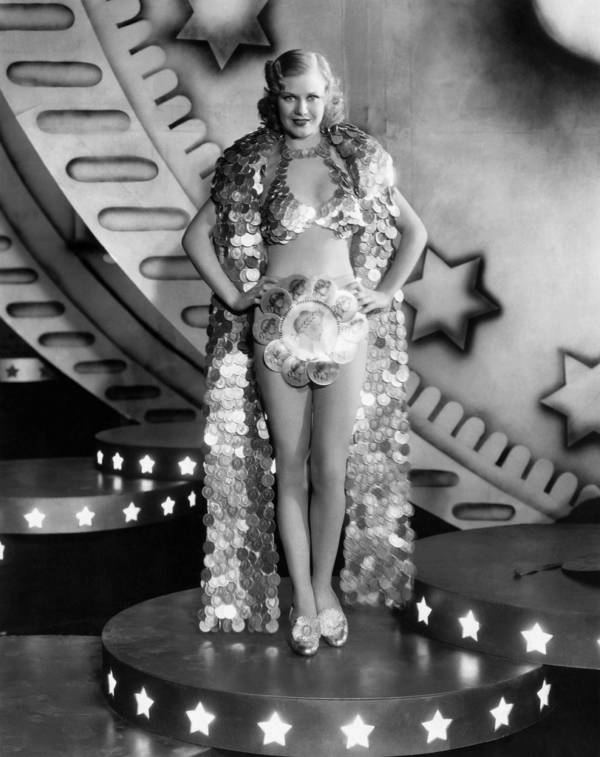 Ginger Rogers in the pre-Code Hollywood film, Gold Diggers of 1933.

Hollywood itself was beginning to be seen as a Sodom of sorts. This sentiment calcified during scandals like that of Virginia Rappe and Fatty Arbuckle.

Rappe, a young actress, was killed by a ruptured bladder for which many assumed funny-man and A-list actor Arbuckle was responsible. Whispers that he fatally injured her during a brutal rape after a night of debauched partying soon turned to charges and trials and while he was never found guilty, the court of opinion played judge, jury, and executioner to his career.

All these themes in pre-Code Hollywood became ripe fruit for the censors.

In 1930, trade publisher Martin J. Quigley and the Jesuit priest Daniel A. Lord created the commandments of the film industry known as the Motion Picture Production Code around which they wanted filmmakers to base the content of their movies.

The Catholic-backed code and the more freewheeling film industry butted heads for a few years as the industry more or less disregarded the code.

Irritated, Catholics retaliated by forming the National Legion of Decency and movie producers soon realized that they were losing traction — and money — within the Catholic strongholds of big American cities. Indeed, the public outcry was so great that even the federal government considered creating a national censorship board. Instead, movie studios decided to voluntarily censor films themselves and enlisted one, Joseph Breen, to head the effort.

In 1934, president of the Motion Picture Producers and Distributors of America (MPPDA) Will H. Hays officially handed the censorship duties over to Breen.

“The Catholic authorities can have anything they want.” 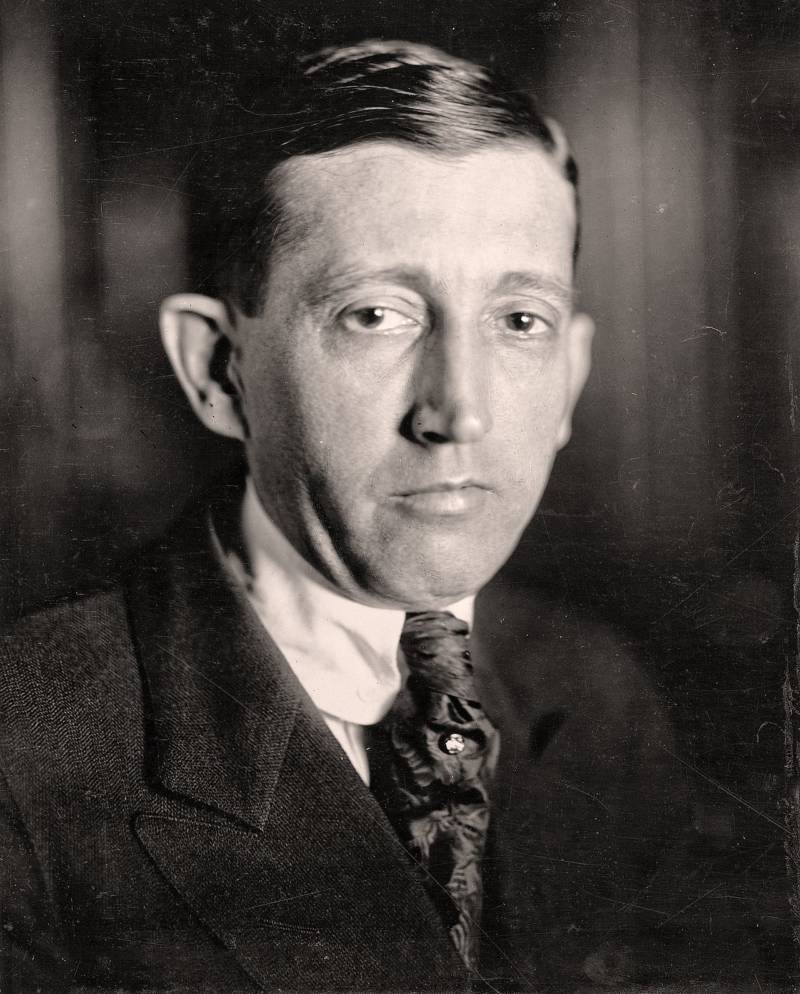 But this concession meant that Catholic doctrine ruled the content of Hollywood films for roughly the next three decades. The Hays code, as it became to be known, allowed the church to rewrite Hollywood in its own image with its own values and morals at the forefront. The dark and gritty world of early film where vamps and mobsters reigned had — briefly — ended.

While the Hays Code was technically voluntary, major motion picture production companies tended to abode by it to avoid conflict.

The Hays Code forbade murder in movies. It cited that “The technique of murder must be presented in a way that will not inspire imitation.” It forbade extra-marital sex in film and asserted that “Adultery and illicit sex, sometimes necessary plot material, must not be explicitly treated or justified, or presented attractively.”

The Code also denied mixed-race relationships or “Miscegenation sex relationships between the white and black races” from being depicted in movies. 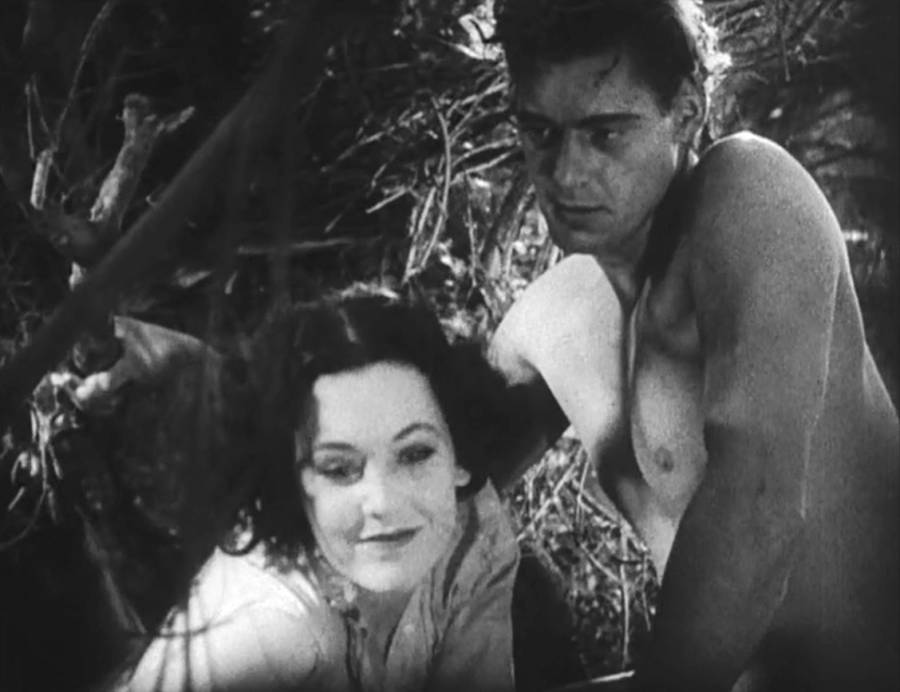 Racy outfits like Tarzan’s loincloth were forbidden under the Hays Code.

The Hays Code pushed especially hard on women. There was no way that Ilsa could run off with Rick in Casablanca: she was a married woman, despite what her heart told her. Not even animated films were spared — Betty Boop’s famous flapper getup was mollified into a housewife’s modest uniform.

“The important thing is to leave the audience with the definite conclusion that…society is not wrong in demanding certain standards of its women, and that the guilty woman, through realization of her error, does not tempt other women in the audience to follow her course,” said Jason Joy, an audience censor according to Wages of Sin: Censorship and the Fallen Woman Film 1928-1942 by Lea Jacobs.

From conception to a film’s birth, the Production Code Administration had control over the messaging of the film. From a branch within the Motion Picture Producers and Distributors of America (MPPDA), the Code administrators could line edit and alter a script. Their seal of approval was even required before the picture could go to the cameras.

Indeed, the movie had to be approved if filmmakers wanted it to go to the theaters.

In a sense, the inventors of the Hays Code hoped that in altering the reality depicted in films, they could also alter and improve society itself. For instance, the Code held that no picture should ever “lower the moral standards of those who see it” and “the sympathy of the audience shall never be thrown to the side of crime, wrongdoing, evil or sin.”

Aftermath Of The Hays Code

Of course, some aspects of the Hays Code were beneficial to the future of movies, and particularly in the artfulness of movies. To get around the rules of the code, filmmakers had to become more subtle, sophisticated, and subversive. They had to find sly cinematic tactics in order to plug their prohibited agendas in a way that was accepted by the Code’s administrators.

“[The Code] had a very good effect because it made us think,” said director Edward Dmytryk. “If we wanted to get something across that was censorable… we had to do it deviously. We had to be clever. And it usually turned out to be much better than if we had done it straight.”

Indeed, some of the most classic films are of this era, including Roman Holiday, Casablanca, and It’s a Wonderful Life.

Film historians point to the queer coding in films like The Maltese Falcon as an example of this burgeoning use of sneaky craftmanship.

Wilmer the “gunsel” was a gun-toting right-hand man (one meaning of the word) but was also hinted as a kept man, a sort of gay moll (the other signification). The theory is that the censors wouldn’t look too far past the root of “gun” to see the other meaning.

But the Hays Code restrictions, like most social dogmas, didn’t last forever. The post-WWII world, on the brink of the Sexual Revolution of the 60s, didn’t have much more use for the hand-holding. By 1954, Breen retired, and the Production Code Administration was defanged into the (more or less current-standing) iteration of the MPAA (Motion Picture Association of America) ratings system in 1968.

Today, filmmakers are not so restricted and instead, film-ratings systems are used to warn audiences. Now, the consumer can choose whether or not they wish to engage in a racy film as opposed to only being given a censored option.

But those wild movies of the earlier, pre-Code Hollywood with their boozing and sexing before they were domesticated by the Hays Code, remain in infamy to the chagrin of many of the Code’s original administrators.

After this look at the Hays Code, get a deeper taste of the old-school movie industry with these 48 photos of vintage Hollywood. Then check out 5 vintage Hollywood scandals we’re all still talking about.