The Death Of Virginia Rappe And The Trial Of Fatty Arbuckle

The facts behind the Virginia Rappe case that rocked 1920s Hollywood to its core. 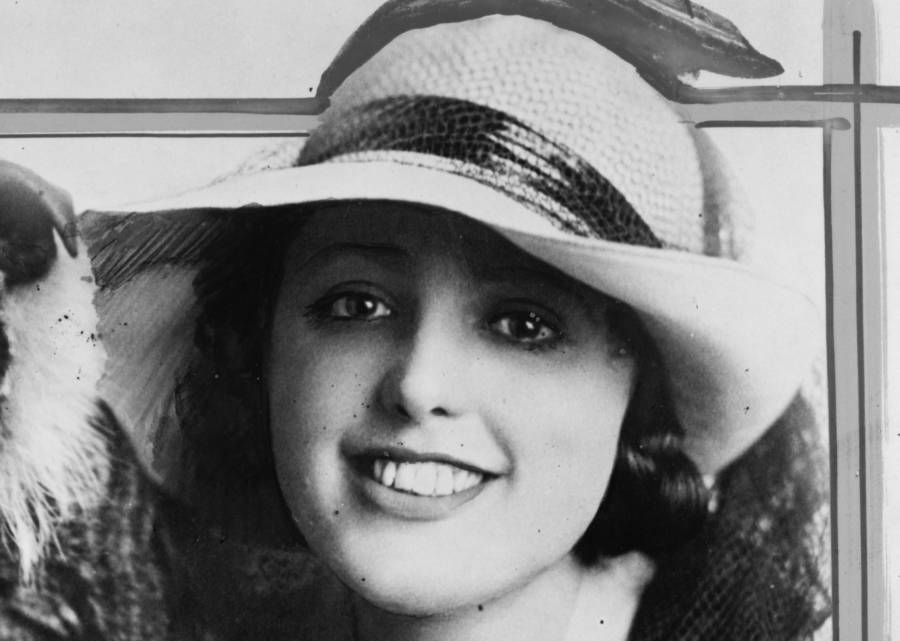 In 1921, Roscoe “Fatty” Arbuckle was the highest-paid actor in the world. He had recently signed a deal with Paramount Pictures for a whopping $1 million (about $13 million today), an unheard-of sum at the time. Posters for his movies billed the 266-pound comedian as “worth his weight in laughs.” But before the year was out, he was accused of a crime so monstrous that he would never appear onscreen again.

Virtually the only indisputable facts seem to be that on September 5, 1921, there was a party at the St. Francis Hotel in San Francisco where alcohol was in abundance (despite Prohibition laws) and that both Arbuckle, then age 33, and a woman named Virginia Rappe were in attendance. Then, at some point during the revelry, Arbuckle and Rappe were briefly in the same hotel room together. But when Arbuckle left the room, Rappe remained lying on the bed “writhing in pain.” Four days later, she was dead of a ruptured bladder.

What fueled the scandal at the time and what has remained a mystery ever since is just what role, if any, Arbuckle played in Rappe’s death.

Another partygoer soon accused Fatty Arbuckle of raping and killing her and he was tried three different times for those crimes. But the first two trials ended with hung juries and the third ended with an acquittal. Nevertheless, the controversy surrounding his possible guilt and the case as a whole continues on. 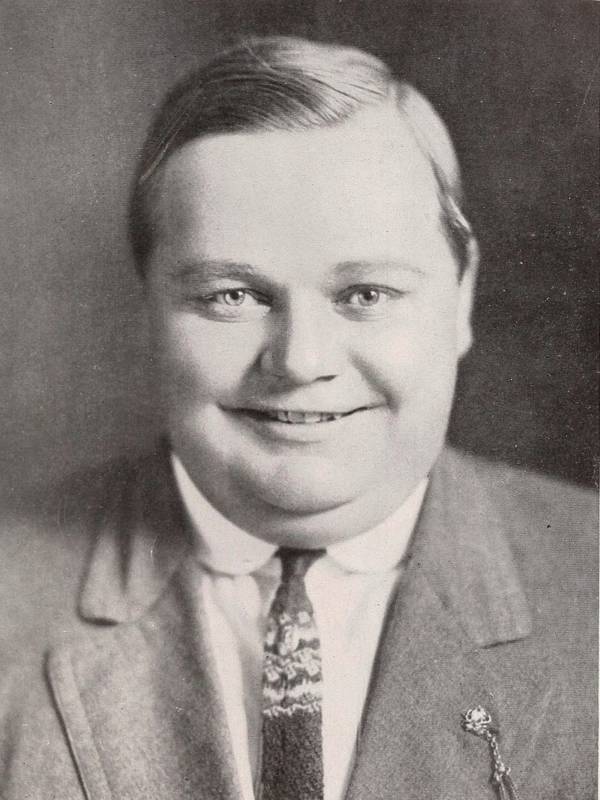 Virginia Rappe was a 26-year old aspiring actress and model, originally from Chicago, who had a reputation as something of a party girl. During the party in question, witnesses recalled that an intoxicated Rappe “complained she could not breathe and then started to tear off her clothes.” And this was not the first instance of Virginia Rappe stripping while intoxicated. One newspaper even dubbed her an “amateur call-girl…who used to get drunk at parties and start to tear her clothes off.”

Rappe’s detractors used this as evidence of her wild ways, while her defenders point out that she had a bladder condition that was exacerbated by alcohol and used to cause her such discomfort that she would drunkenly take off her clothes in an attempt to alleviate her condition.

And as for the events of September 5, 1921, the accounts of the night vary wildly.

According to party guest Maude Delmont, after a few drinks, Arbuckle strong-armed Virginia Rappe into his room with the sinister utterance “I’ve waited for you five years, and now I’ve got you.” After 30 minutes or so, Delmont became concerned upon hearing screams from behind the closed door of Arbuckle’s room and started knocking.

Arbuckle answered the door wearing his “foolish screen smile” and Virginia Rappe was on the bed, naked and moaning in pain. Delmont claims that Rappe managed to gasp “Arbuckle did it” before she was taken away into a different hotel room. 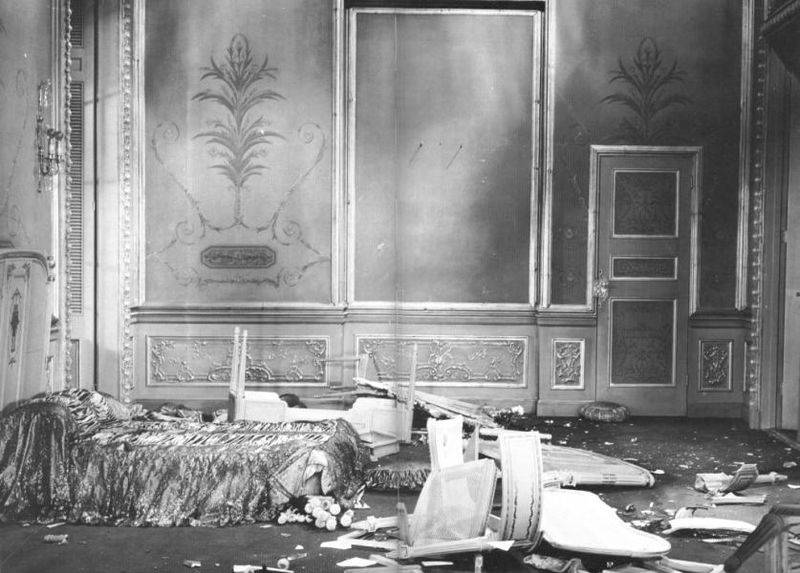 Wikimedia CommonsOne of the rooms occupied by Arbuckle and his guests in the days after the infamous party.

Arbuckle however, testified that he had gone into his bathroom and found Rappe already there on the floor, vomiting. After helping her onto the bed, he and several other guests summoned the hotel doctor, who determined that Rappe was just heavily intoxicated and took her into another hotel room to sleep it off.

Whatever happened that night, Virginia Rappe’s condition had still not improved three days afterward. It was then that she was taken to a hospital where doctors originally thought she had alcohol poisoning from the bootleg liquor. But as it turned out, she had peritonitis resulting from a ruptured bladder likely caused by her pre-existing condition. The ruptured bladder and peritonitis are what killed her the next day, Sept. 9. 1921.

But at the hospital, Delmont told police that Rappe had been raped by Arbuckle at the party and on September 11, 1921, the comedian was arrested.

Newspapers across the country went wild. Some claimed that the overweight Arbuckle had damaged Rappe’s liver by crushing her while trying to have sex with her, while others offered up increasingly outrageous stories consisting of various depravities supposedly carried out by the actor.

Both Fatty Arbuckle and Virginia Rappe’s names were dragged through the mud in the competition to print the most salacious rumors. Publishing magnate William Randolph Hearst gleefully noted that the scandal had “sold more papers than the sinking of the Lusitania.” By the time Arbuckle went to trial for manslaughter, his public reputation was already ruined.

Delmont was never actually called to the stand because prosecutors knew her testimony would never hold up in court due to her ever-changing stories. Nicknamed “Madame Black,” Delmont already had a reputation for procuring girls for Hollywood parties, using those girls to instigate scandalous acts, and then blackmailing celebrities anxious to keep those acts quiet. It also didn’t help Delmont’s credibility that she’d sent telegrams to attorneys saying “WE HAVE ROSCOE ARBUCKLE IN A HOLE HERE CHANCE TO MAKE SOME MONEY OUT OF HIM.”

Meanwhile, although Arbuckle’s lawyers showed that the autopsy had concluded that there “were no marks of violence on the body, no signs that the girl had been attacked in any way” and various witnesses corroborated the actor’s version of events, it took three trials before Arbuckle was acquitted after the first ended with hung juries.

But by this time, the scandal had so devastated Arbuckle’s career that the jury who acquitted him felt obliged to read an apologetic statement that concluded with “We wish him success and hope that the American people will take the judgment of fourteen men and women that Roscoe Arbuckle is entirely innocent and free from all blame.”

But it was already too late.

Hollywood’s highest-paid star was now box office poison: his movies were pulled from cinemas and he never worked onscreen again. Arbuckle was able to stay in film by doing some directing, but even behind the camera, his career didn’t have a chance of finding its footing. He died of a heart attack in 1933 at age 46, having never fully restored his reputation.

After this look at Fatty Arbuckle and the Virginia Rappe case, read up on other old Hollywood scandals including the murder of William Desmond Taylor and the tragic downfall of Frances Farmer.