Trepanation Was The Bizarre Cure-All That Exposed Your Brain

Trepanation, the practice of drilling a hole in your head to let your brain "breath", was used to treat ailments like headaches, epilepsy, or possession by evil spirits. 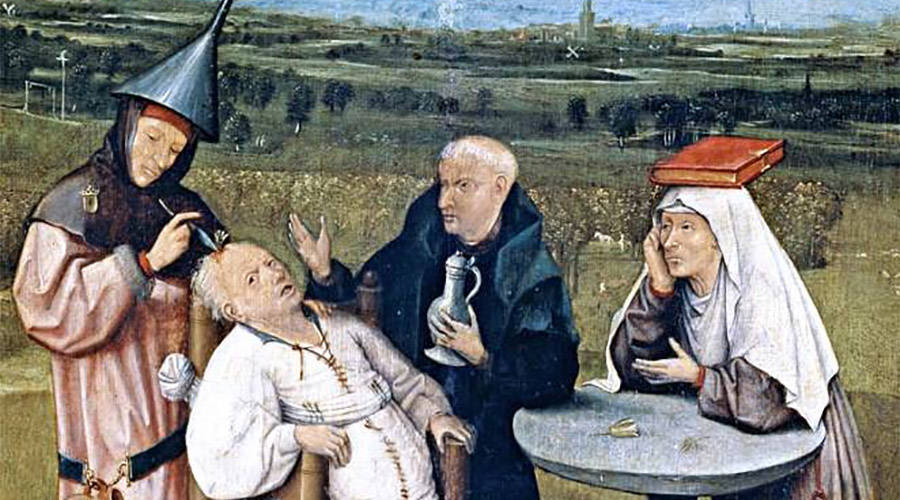 Oil on panel depiction of a trepanation by artist Hieronymus Bosch.

The bone of the skull would be pierced or scraped down to expose the brain matter of the subject to the open air. Typically, this was done without any numbing techniques.

Called trepanation, this wasn’t some form of medieval torture, it was actually a treatment and cure for ailments like headaches, epilepsy, or “possession by evil spirits”.

It was thought that by drilling or scraping away layers of skull and exposing the dura mater (the membrane surrounding the brain and spinal cord) to air, it would benefit the victim and cure their ailments.

“Trephination (or trepanation) of the human skull is the oldest documented surgical procedure performed by man. Trephined skulls have been found from the Old World of Europe and Asia to the New World, particularly Peru in South America, from the Neolithic age to the very dawn of history. We can speculate why this skull surgery was performed by shamans or witch doctors, but we cannot deny that a major reason may have been to alter human behavior – in a specialty, which in the mid-20th century came to be called psychosurgery!”

While most cases of trepanation seem to have treated illnesses or trauma, skulls from trepanation patients dating back to the Copper Age in Russia tell another story. 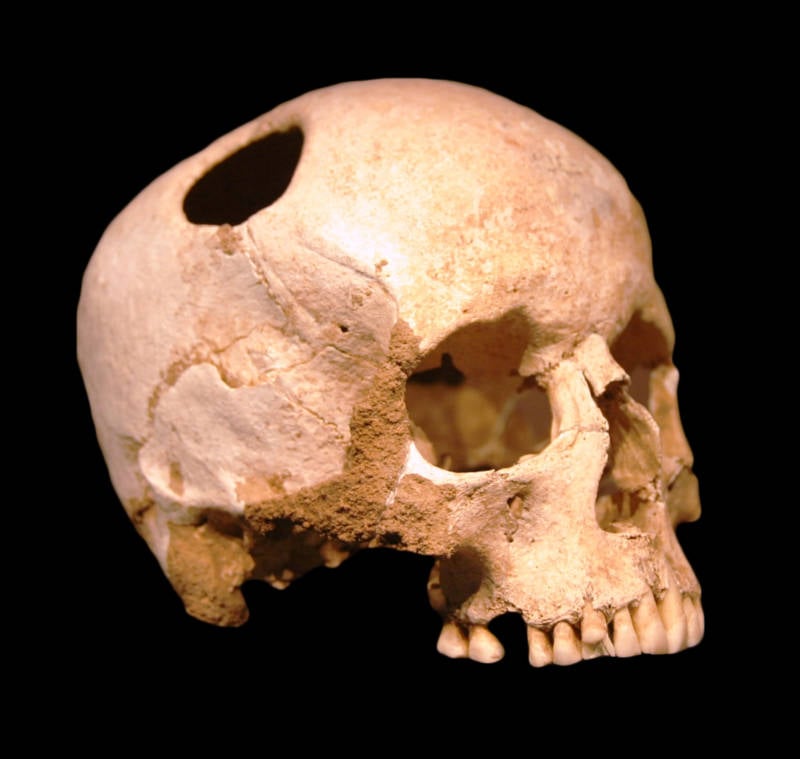 Archeologists in Russia’s Rostov-on-Don discovered unusual trepanation marks on a number of skulls from around 3,500 B.C. The marks were found on the “obelion” of the skull, roughly where a high ponytail would lie. This is a rare spot for a trepanation, as it’s exceedingly dangerous to puncture the obelion.

Maria Mednikova of the Russian Academy of Sciences in Moscow suggested that these kinds of trepanations had a ritual purpose to mystically transform those who undertake them and imbue them with powers they couldn’t achieve otherwise. 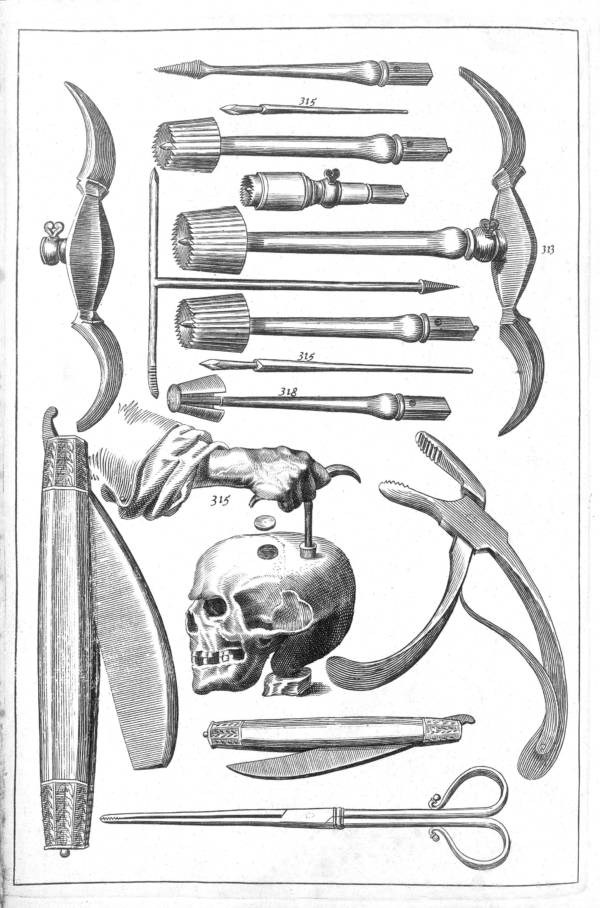 This process, as queasy as it may make a modern audience, was practiced widely up through medieval times, and even happens today.

Amanda Fielding is the director of the Beckley Foundation, a group that researches consciousness, and a patient of trepanation. And by patient, we mean she operated on herself. 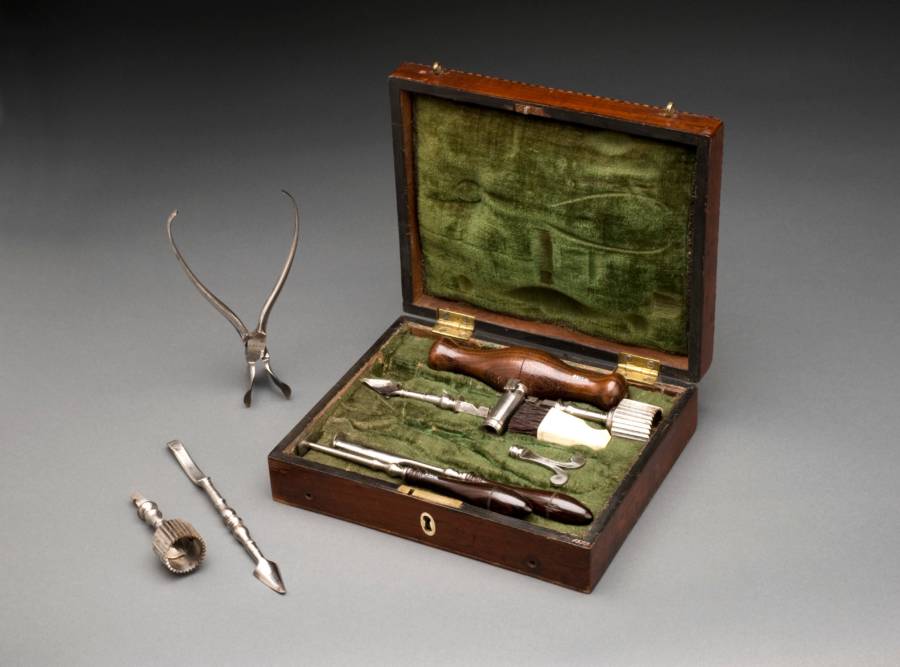 Science Museum, LondonNine piece trepanation set used to puncture the skull of a patient, circa 1770.

Curious about the procedure from friends and unable to find a doctor willing to perform it on her, Fielding set up a drill, exposed her dura mater, wrapped up her head in a scarf, then ate a steak, and went to a party. She claims the procedure was “like the tide coming in: there was a feeling of rising, slowly and gently, to levels that felt good, very subtle,” and points to a smoothing of her dreams as a result of the trepanation.

Even as an advocate, Fielding cautions that more research needs to be done to understand the benefits (and dangers) of trepanation. So, don’t bust out the drill and grill up a steak quite yet.

After reading about trepanation, learn about another weird medical practice in bloodletting. Then learn about the horrifying “cures” of Dr. Henry Cotton, America’s biggest quack.