Meet Dr. Mary Edwards Walker, The First — And Only — Woman To Receive A Medal Of Honor

She was not only the first female surgeon in the U.S. Army, but Dr. Mary Edwards Walker also managed to survive a Confederate prison and overcome extreme misogyny to earn herself a spot in American history.

Women of the 19th century were expected to wear corsets, bear children, and pursue domestic arts. But Mary Edwards Walker refused to conform to these gender norms. Instead, she attended medical school and became a physician.

When the Civil War broke out, she tried to join the U.S. Army as a doctor but the Union refused to recognize her as a surgeon and pay her like they would a male doctor.

Furious at “the stupidity of this male-dominated system,” Walker pushed Secretary of War Edwin Stanton for years for a paid position within the Army.

Stanton privately complained that unless he got Walker out of Washington, D.C., “this woman will continue to stir up trouble.”

And so on Stanton’s recommendation, Walker was finally hired in a paid position as the first female surgeon in the United States Army. 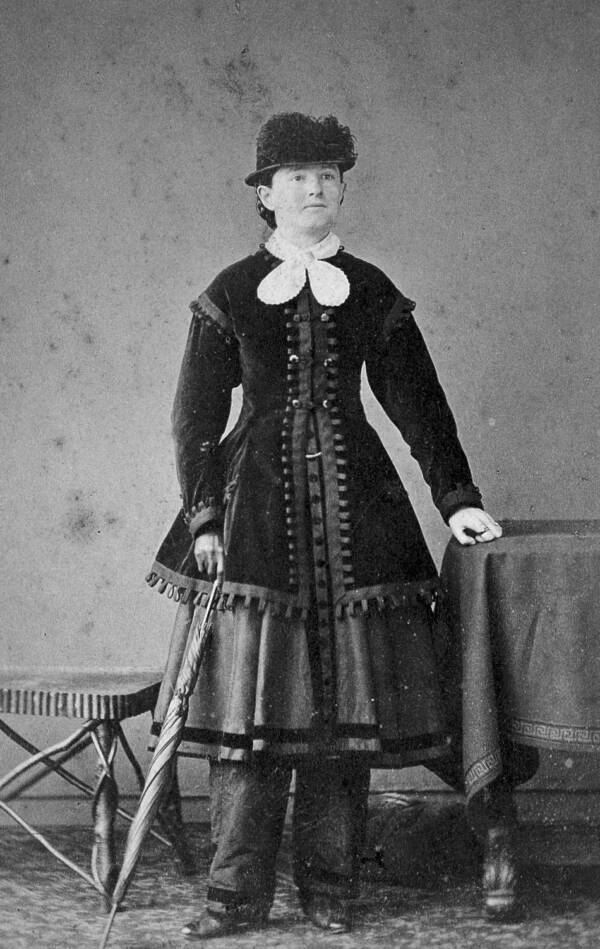 Walker’s battles didn’t end with the Civil War, though, and she spent the rest of her life fighting for women’s rights.

She even had to fight to keep the Medal of Honor she received for her brazen efforts in the war.

Born in upstate New York to progressive parents in 1832, Mary Edwards Walker was destined to become a non-conformist.

Her parents were both abolitionists and encouraged her to seek an education. This was during an era when most medical schools refused to admit women, yet Edwards Walker managed to enroll in Syracuse Medical College as a teenager and earn herself a degree in 1855.

She was only the second woman in the country to become a doctor. 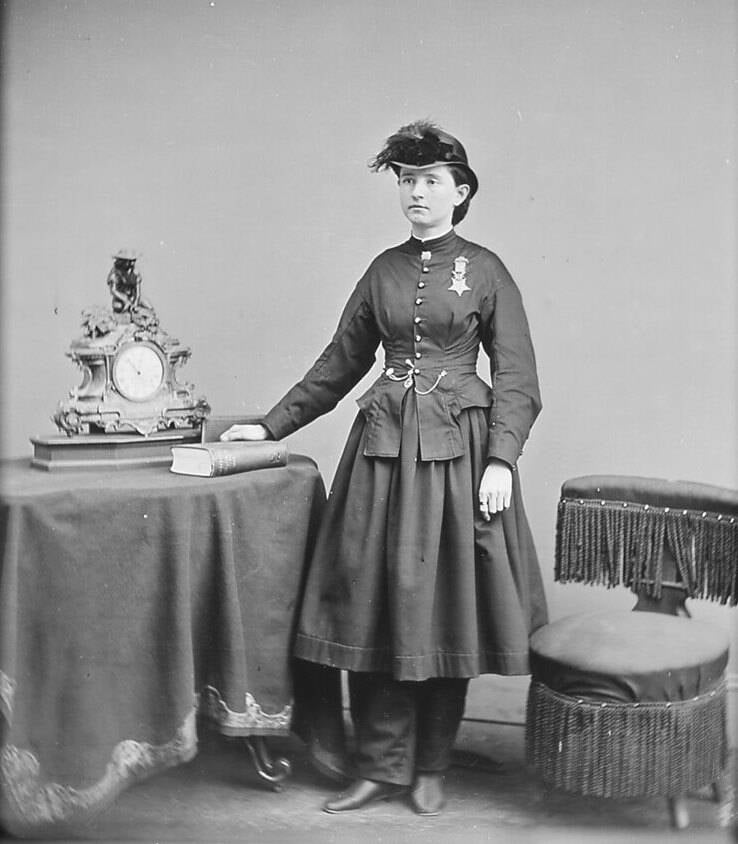 Matthew Brady/U.S. National ArchivesCivil War photographer Matthew Brady shot this portrait of a proud Edwards with her Medal of Honor.

Though Walker married, she refused to promise to “obey” her husband in her wedding vows. She wore pants to the ceremony and even kept her last name.

Together with her husband, who was also a doctor, Dr. Walker tried to open a private practice in Oneida county. But patients were wary of visiting a female physician. After several failed attempts to sustain a private practice — and a failed marriage — Walker looked for a new way to employ her surgical skills.

A Battle Of The Sexes In The Civil War

With the onset of the Civil War in 1861, Walker moved to Washington, D.C. and tried to join the army as a surgeon. But because of her gender, the army refused to recognize her as a legitimate physician and pay her for her service — even though there were less than 100 credentialed surgeons at this time.

So Dr. Walker chose to serve as an unpaid physician for the Union Army in a temporary D.C. hospital. While there, she organized a fund to aid local families of the wounded.

Eager to better serve her country to her skill level, however, Walker moved closer to the battlefront to treat the wounded in Virginia and saw to the casualties at the First Battle of Bull Run. 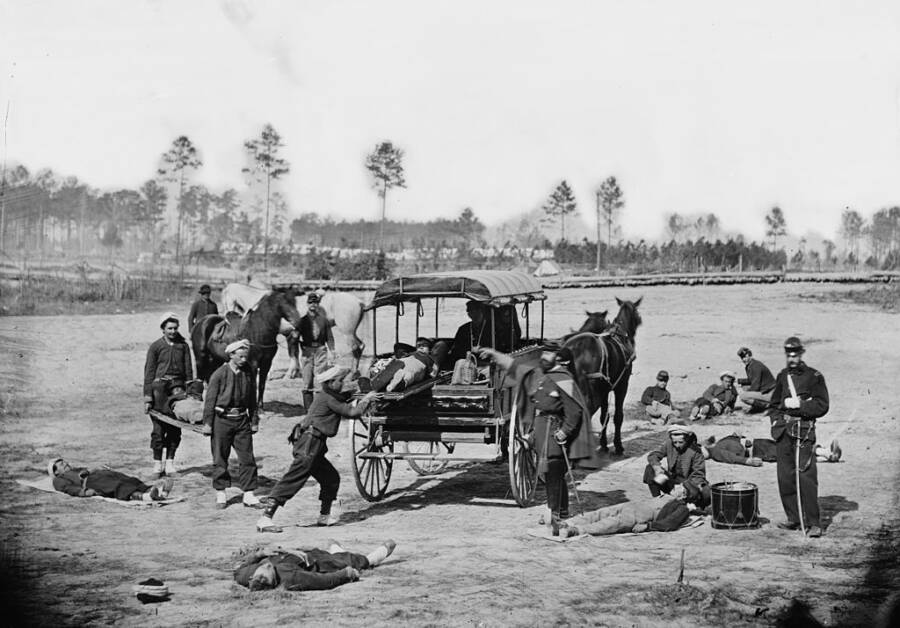 Unknown/Library of CongressCivil War ambulances carried wounded soldiers away from the battlefield.

Walker appealed constantly to the Secretary of War to recognize her as a legitimate army physician and pay her accordingly. Her persistence eventually paid off.

In September 1863, she became the first woman to become a paid U.S. Army surgeon. Yet not everyone welcomed Walker in her new role.

Dr. G. Perin, the medical director of the 52nd Ohio Infantry for instance, declared Walker’s position alongside male physicians to be a “medical monstrosity” and refused to allow her near the troops.

Perin also questioned Walker’s qualifications and had her undergo an in-person exam before a medical board in order to keep her position. She passed.

Walker remained unperturbed by her critics. During her commission with the 52nd Ohio Infantry, she brazenly crossed enemy lines to treat civilians and advocated for progressive methods of treating the wounded. She argued against the common practice of amputating wounded limbs and championed rehabilitation and treatment instead. 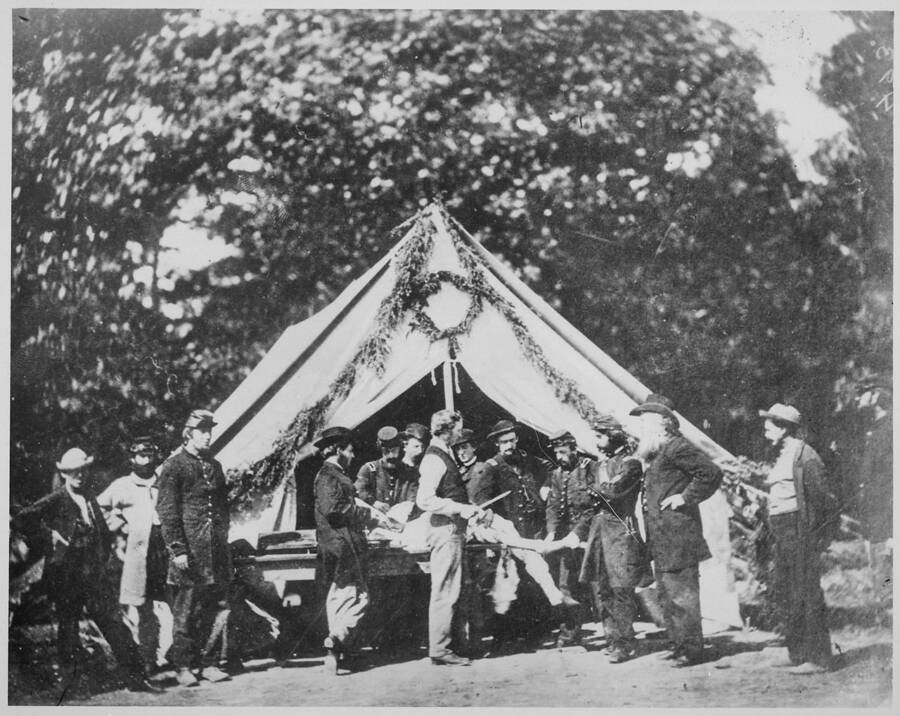 Confederate soldiers sneered at Walker and described her as “a thing that nothing but the debased and depraved Yankee nation could produce.” In the hateful words of Captain Benedict J. Semmes:

“She was not good looking, and of course had tongue enough for a regiment of men.”

On April 10, 1864, while treating soldiers in enemy territory, Confederate sentries captured Walker and accused her of spying for the Union. Whether or not she actually was a spy for the Union remains in contention.

Walker nonetheless spent over four months in Richmond’s Confederate prison, Castle Thunder. When one newspaper caught wind of her capture, they reported that: “We must not omit to add that she is ugly and skinny, and apparently above 30 years of age.”

Eventually, the Confederates traded Walker for a captured major. 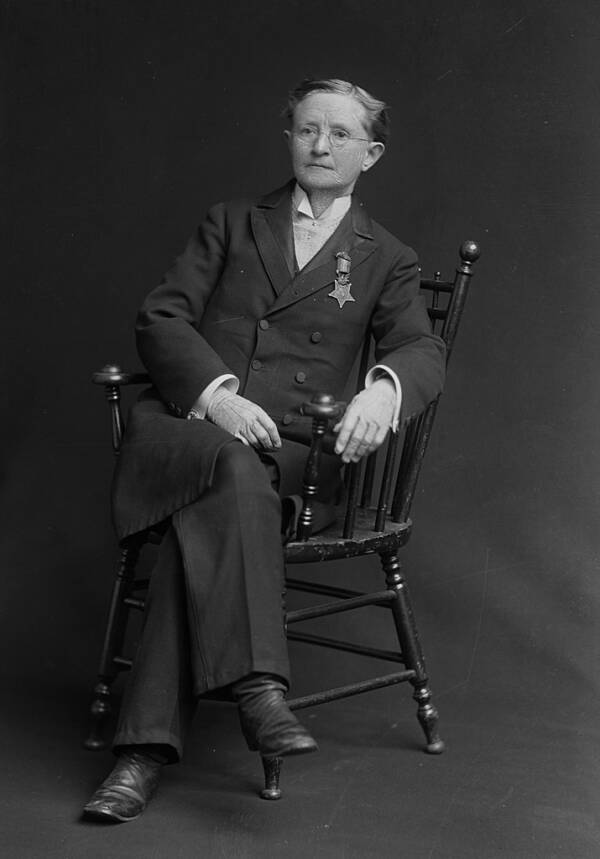 C.M. Bell/Library of CongressMary Walker proudly wore her Medal of Honor during her fight for women’s rights.

When the Civil War ended, Walker met with President Andrew Johnson to request a commission as a major. When the president turned her down, Walker visited multiple officials at the War Department to demand recognition for her service.

Finally, in January 1866, the War Department offered Walker a Medal of Honor in lieu of a commission.

Advocating For Women And Running For Congress

Even before she donned a man’s uniform in the Civil War, Walker opted for men’s clothing. She saw her decision to abandon women’s dress as a victory for women’s rights. She anticipated the efforts of American suffragists like Elizabeth Cady Stanton and Susan B. Anthony by shunning corsets as early as 1840.

“I am the original new woman…Why, before Lucy Stone, Mrs. Bloomer, Elizabeth Cady Stanton, and Susan B. Anthony were — before they were, I am…When they began their work in dress reform, I was already wearing pants. I have made it possible for the bicycle girl to wear the abbreviated skirt, and I have prepared the way for the girl in knickerbockers.”

In 1870, Walker was arrested in New Orleans for wearing men’s clothes and accused of homosexuality. When criticized for her clothing, Walker retorted: “I don’t wear men’s clothes, I wear my own clothes.”

A year later, Walker tried — and failed — to register to vote. She testified before Congress twice in support of women’s suffrage. She ran for the U.S. Senate in 1881 and for Congress in 1890. 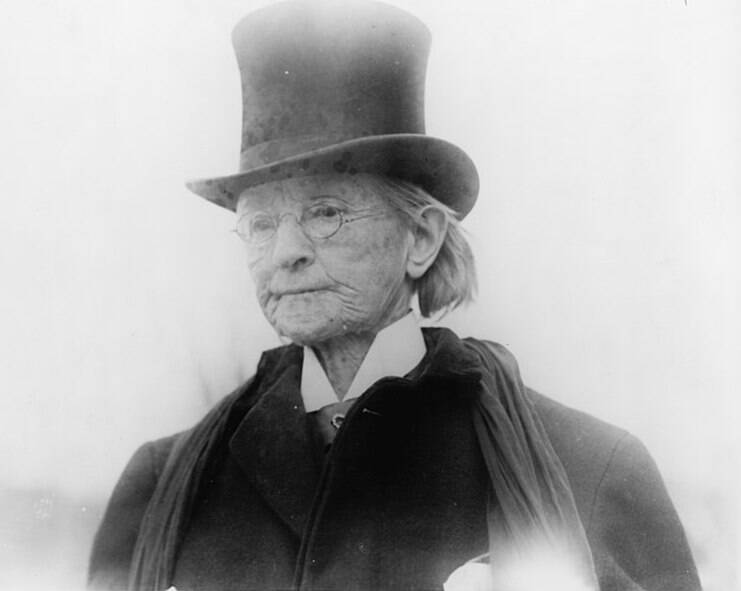 Bain News Service/Library of CongressAt the end of her life, Congress rescinded Dr. Walkers Medal of Honor. It would be reinstated 70 years later, long after she died.

She found herself increasingly distanced from the center of the women’s rights movement as activists focused their efforts on politics rather than social norms like wearing men’s clothes.

In 1917, Congress voted to rescind Mary Edwards Walker’s Medal of Honor. In fact, 911 civilians who received a Medal of Honor were forced to turn over the tribute.

But when Congress requested Walker return the medal, she refused. She proudly wore it daily, telling the government, “you will receive it over my dead body.” President Jimmy Carter officially reinstated her Medal of Honor in 1977. She was only one of six others to receive this honor.

Getty ImagesDr. Edwards would be buried in a suit like this one, shirking convention even after death.

Walker spent her later years opening her home to women who’d been ostracized for their lifestyles.

When Walker passed away in 1919 at the age of 86, her casket was draped in an American flag and she was buried in a man’s black suit. Just a year later, women received the right to vote.

To this day, Mary Edwards Walker is the only woman — of 3,500 recipients — to have been given a Medal of Honor.

Mary Edwards Walker wasn’t the only person to fight for a Medal of Honor. In World War II, Edward A. Carter risked his life but didn’t receive a Medal of Honor because of his race. And Dr. James Barry hid in men’s clothes for decades to practice medicine in the 19th century.