The Public Self-Destruction Of Judy Garland By Hollywood 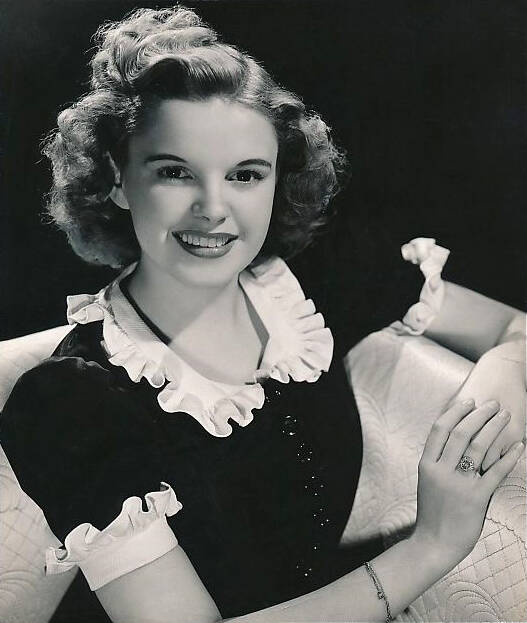 Known for her stunning voice and girlish charm, Judy Garland is perhaps one of the most iconic performers to ever come out of Hollywood’s Golden Age. With unforgettable roles like Dorothy Gale in The Wizard of Oz and Esther Smith in Meet Me in St. Louis, Garland holds a special place in the hearts and minds of generations of moviegoers.

Yet behind the glitz, glam, and innocent sense of wonder that some of her most popular films engendered, Judy Garland endured years of torturous pressure and abuse that lead to a lifetime of substance abuse and untimely death.

By the time Judy Garland was 13, she had signed with Metro-Goldwyn-Mayer Studios whose movie executives constantly criticized her physical appearance. At just four feet, eleven inches tall and with more of a girl-next-door look than fellow MGM stars Lana Turner and Elizabeth Taylor, Judy Garland’s outward appearance left the studio at a loss for where and how to use her.

Referred to as an “ugly duckling,” a “hunchback,” and a “fat little pig with pigtails” by studio head Louis B. Mayer, MGM insisted that Garland wear caps on her teeth and rubberized discs on her nose to help reshape it in the hopes of making her image more appealing. This constant barrage of derogatory remarks forced the young star to believe that she was in fact, unattractive.

But perhaps the most tragic outcome of her experience as a young person in Hollywood was her addiction to amphetamines. According to a statement she made later in life, Garland took drugs at the behest of MGM studio execs in order to keep up with the demands of the film industry. But then she also had to take barbiturates in order for her to sleep soundly.

This dangerous combination had her addicted to pills by the time she was just 15 and kickstarted a lifelong dependency that would lead to her ultimate demise in the late 1960s.

Nearly a year before filming began on the 1939 classic The Wizard of Oz, studio bosses at MGM began sharing memos to one another with comments about the teenage Judy Garland’s weight. And with the studio desperate for the character of Dorothy Gale to appear as young and girlish as possible, Garland was made to wear constricting corsets and layers to conceal her breasts and figure.

Garland was also forced to adhere to a diet around this time as well. She was given nothing but chicken soup, black coffee, cigarettes, and diet pills to sustain her.

Thus began Garland’s lifelong struggles with body image — and all from the treatment she received while a part of the MGM machine.

But Garland was also frequently on the receiving end of sexual advances from actors portraying the munchkins on the set of The Wizard of Oz and even studio head Louis B. Mayer himself.

Comparable to the now-infamous Hollywood producer Harvey Weinstein, Mayer is said to have groped Garland by placing his hand on her breast while she was performing a song in his office. And while on the set of The Wizard of Oz, the performers known as the munchkins of Munchkinland would invade her personal space.

“They would make Judy’s life miserable on set by putting their hands under her dress. The men were 40 or more years old. They thought they could get away with anything because they were so small.”

By the time Garland was just 47 years old, she was nearly penniless, destitute, and deeply in debt. A life of self-doubt, substance abuse, and grueling physical and psychological torture had taken its toll. In June of 1969, Garland was found dead in her London apartment by her fifth and final husband, Mickey Deans.

The cause of her death was due to an overdose of barbiturates, one of the many drugs that she had become addicted to as a child.

At Garland’s funeral in New York City, her old co-star Ray Bolger who had once played the beloved Scarecrow in The Wizard of Oz said concisely: “She just plain wore out.”

And while the world may still find great joy in her astounding collection of films, it will surely be more difficult to watch them now knowing the horrors that went into creating them.