The Swift Rise And Swifter Demise Of Corey Feldman 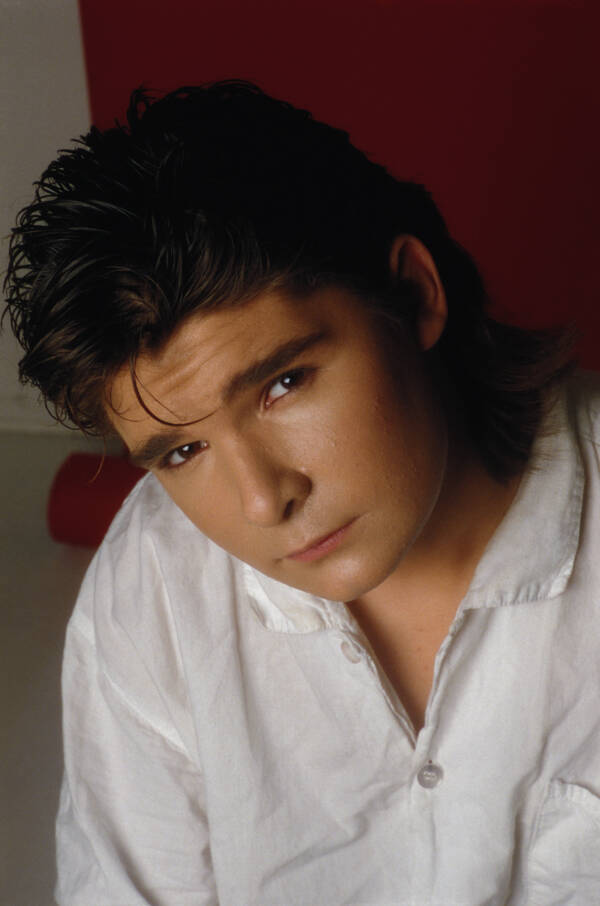 From the pages of Tiger Beat magazine to hawking his CD collection on the streets, Corey Feldman’s fall from grace came hard and fast in the wake of the 1980s.

The 1980s had its fair share of teenage heartthrobs, but the ubiquitousness of Corey Feldman may take the cake.

Born in Reseda, California in 1971, Corey Feldman began his journey in Hollywood at the tender age of three when he appeared in a commercial for McDonald’s. He eventually went on to appear in over 100 ads.

Much like Judy Garland, the more work Feldman began to receive the more pressure he endured. Soon, his mother was feeding him diet pills to keep his weight down and even physically assaulting him if any mistakes were made on set or at auditions.

Slowly but surely Feldman began to secure more coveted roles, appearing in episodes of Cheers, Mork & Mindy, Eight is Enough, and One Day at a Time. It didn’t take long for Feldman to make the leap into films.

As a teen, he appeared in several high-grossing films released in rapid succession, including 1984’s horror-comedy Gremlins, 1985’s The Goonies, and 1986’s Stand By Me. Feldman’s rise to superstardom happened seemingly overnight. But the outward success could not undo his inner trauma.

At just 14, Corey Feldman began to be sexually molested by a man named Jon Grissom who had been hired as his assistant. Feldman has said that the abuse went on for over a year. Grissom would later serve time in prison in 2003 for child molestation.

Feldman also confirmed while appearing on the Dr. Oz Show that a man named Alphy Hoffman who ran a club frequented by the underage elite of Hollywood had also molested him during some of his many visits there.

In an interview with Rolling Stone in April 2019, Feldman said:

“These men were circling around me. Me and my best friend were surrounded, being tossed back and forth between them without our knowledge, and it was just horrendous… [Abuse] involves conditioning a child and grooming them and getting them ready for the days that they’re going to be molested. It involves putting people in place to make sure a kid is surrounded by only pedophiles.”

When asked about the rumors of abuse that circulated in the 1980s regarding “The Two Coreys,” a.k.a. Corey Feldman and fellow child actor Corey Haim, former Little House on the Prairie star Alison Arngrim said:

“People said, ‘Oh, yeah, the Coreys, everyone’s had them.’ People talked about it like it was not a big deal…I literally heard that they were ‘passed around.’ The word was that they were given drugs and being used for sex. It was awful — these were kids…There were all sorts of stories about everyone…that these two had been sexually abused.”

In the midst of the sexual abuse, Feldman began to experiment heavily with drugs. From smoking marijuana in his trailer to snorting cocaine, his reliance on these substances began to take a stronghold over his day to day life. By 1990, Feldman was standing on street corners selling his CD’s in order to earn enough money to purchase crack and heroin.

Five years later in 1995, Corey Feldman finally kicked his drug habit for good. While the former heartthrob and ’80’s icon has seen his career cool considerably, he is now a vocal critic of Hollywood and the ways in which the industry treats child actors. His advice on the matter?

“People always ask me about life after childhood stardom. What would I say to parents of children in the industry? My only advice, honestly, is to get these kids out of Hollywood and let them lead normal lives.”