"It took losing my sight to get me back on the right path, but from the bottom of my heart, I'm so glad I'm here." 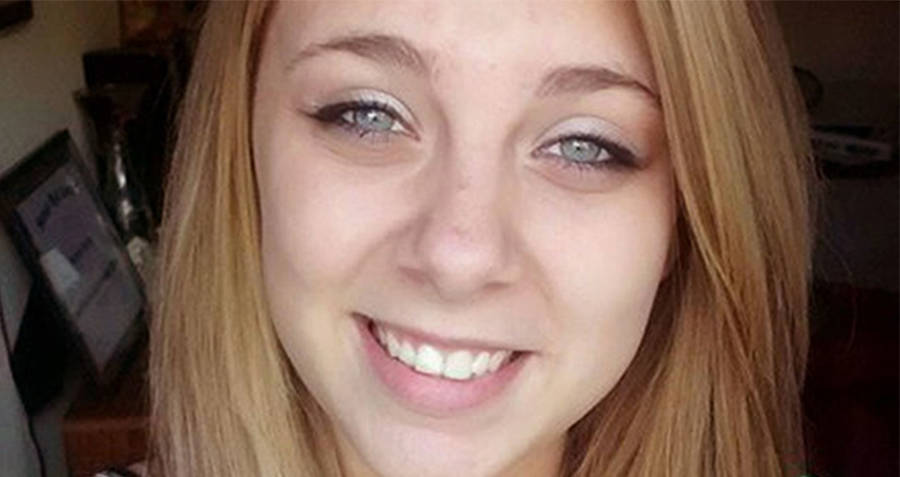 People MagazineKaylee Muthart, who gouged out her own eyes while high on methamphetamines.

On Feb. 6, Kaylee Muthart, 20, horrified churchgoers in Anderson, S.C., when she went into a drug-induced hallucination and began clawing out her own eyes in front of the church.

When members of the church discovered Muthart, she was found holding her eyeballs in her hands.

“That was a struggle, I can’t even explain that feeling when I found out, it was horrifying. Complete terror,” her mother, Katy Tompkins, said. “I was thankful she was alive, but I knew something was wrong with her.”

During the incident outside the church, Muthard hallucinated that the world was upside down, and heard voices telling her to sacrifice her eyes in order to appease the universe and make it into heaven.

Now, a month after the incident, Muthart spoke with Cosmopolitan about what exactly transpired that horrific day.

“I pushed my thumb, pointer, and middle finger into each eye. I gripped each eyeball, twisted, and pulled until each eye popped out of the socket — it felt like a massive struggle, the hardest thing I ever had to do,” Muthart said.

After her eyes became dislodged, she began screaming “I want to see the light!” and the local parishioners ran out to find her.

“I had squished them, although they were somehow still attached to my head,” she said.

After the police were called in to restrain her, she was airlifted to Greenville Memorial Hospital’s trauma unit, where she had her orbital sockets cleaned to prevent infection.

“I thought everything would end abruptly, and everyone would die, if I didn’t tear out my eyes immediately.”

According to her mother, Muthart began using methamphetamines about six months before her panic outside the church. The first time she used was apparently an accident, as she mistakenly smoked marijuana laced with meth. From there, however, the highly addictive drug jump-started her journey down a dark path.

The rest of Muthart’s family tried to get her help, though she wouldn’t listen to them. In the few days before the episode, Tompkins said she’d finally had it.

“The day before it happened, which was my birthday, I was getting ready to have her committed, just to get her off the streets and away from it,” Tompkins said. “But I was too late.”

Now blind and prescribed antibiotics to keep her ragged eyelids from drying out, Muthart has been told she will eventually need prosthetic eyes.

However, despite the terrible and tragic loss, Muthart has remained optimistic about the future as she has begun physical therapy and hopes to get a seeing-eye dog in the future. She also has plans to attend college with hopes of becoming a marine biologist.

“Of course there are times when I get really upset about my situation, particularly on nights when I can’t fall asleep. But truthfully, I’m happier now than I was before all this happened. I’d rather be blind than dependent on drugs.”

She also says that she has joined a new church to avoid drug users who attended her previous one.

“It took losing my sight to get me back on the right path, but from the bottom of my heart, I’m so glad I’m here.”

Next, read about the woman who was arrested for prostituting her daughter for drugs. Then, read about some of the most amazng discoveries made while on drugs.