At first, Natalie Richard thought her daughter just misunderstood, but after speaking with the teachers, she realized the insane rule was very real. 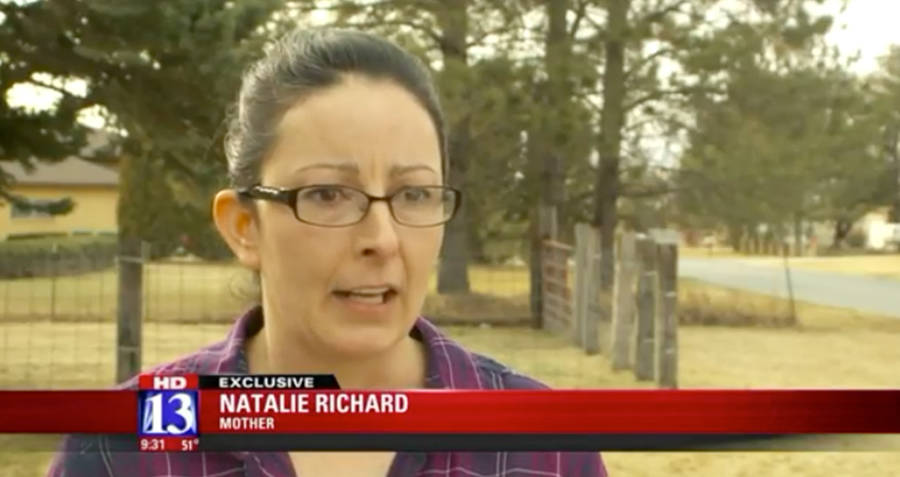 Fox 13 NewsNatalie Richard, the concerned parent who attempted to change the rule.

Parents in Weber County, Utah, are firing back at an elementary school after the principal told female students that they can’t say no when asked to dance.

Natalie Richard first raised questions when her sixth-grade daughter came home and said she was told that she couldn’t say “no” if a boy asked her to dance at the Valentine’s Day dance.

At first, Richard assumed her daughter had heard something wrong.

“Oh no, no honey,” she said. “You guys are misunderstanding again. That’s not how it is.”

When her daughter insisted that that’s what she was told at school, Richard figured she’d confirm it with her daughter’s teacher. The teacher’s reply beyond horrified her.

“The teacher said she can’t,” Richard said. “She has to say yes. She has to accept and I said, ‘Excuse me.'”

Furious, Richard then took her concerns to the principal, whose response was the same.

“He basically just said they’ve had this dance set up this way for a long time and they’ve never had any concern before,” she said.

According to an official from the Weber County School District, of which the elementary school Kanesville Elementary is a part of, the rule is, in fact, real. However, its intent was to promote inclusivity.

“Please be respectful, be polite,” the official, Lane Findlay, said. “We want to promote kindness, and so we want you to say yes when someone asks you to dance.”

Findlay said that prior to the voluntary dance, students fill out a card with the names of five people that they’d like to dance with. If there’s someone they are not comfortable dancing with, they are encouraged to “speak up” about it.

“If there is an issue, if there are students that are uncomfortable or have a problem with another student, I mean: that’s certainly something that can be addressed with that student and parents,” Findlay said.

Richard, who was unaware of the rule as it was not presented to parents, disagrees, claiming that it sends the wrong message to the children.

Though strides have been made to inform parents of the rule, such as a permission slip outlining it, there have been no efforts to eliminate the rule.

Next, check out the school that canceled their Halloween parade, also in the name of inclusivity. Then, read about the school teacher who told his kids that “to be white is to be racist.”