Glass Beach's glittering "sands" are testament to the transformational powers of time and nature, explore them with these beautiful photos. 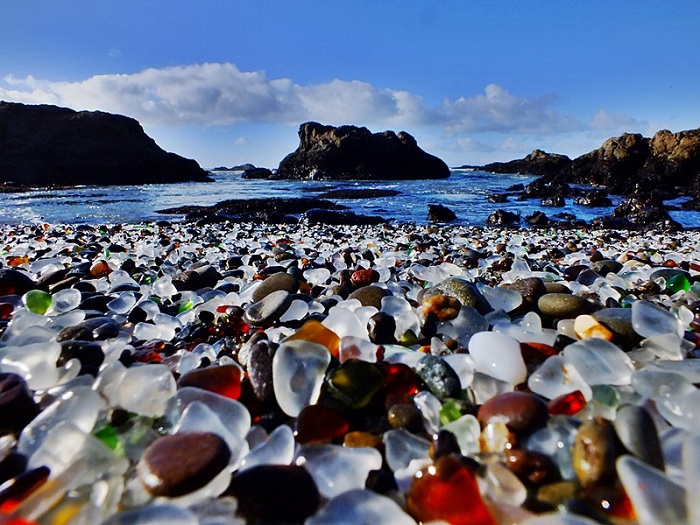 Beaches usually conjure up images of roiling waves, vast expanses of sand, and an occasional seagull squawking as it combs the shoreline. Yet traipse over to Glass Beach, one of three beaches in Fort Bragg, California, and that image changes. Here, colorful beds of sea glass blanket the ground, its small, smooth “pebbles” bright as gemstones. 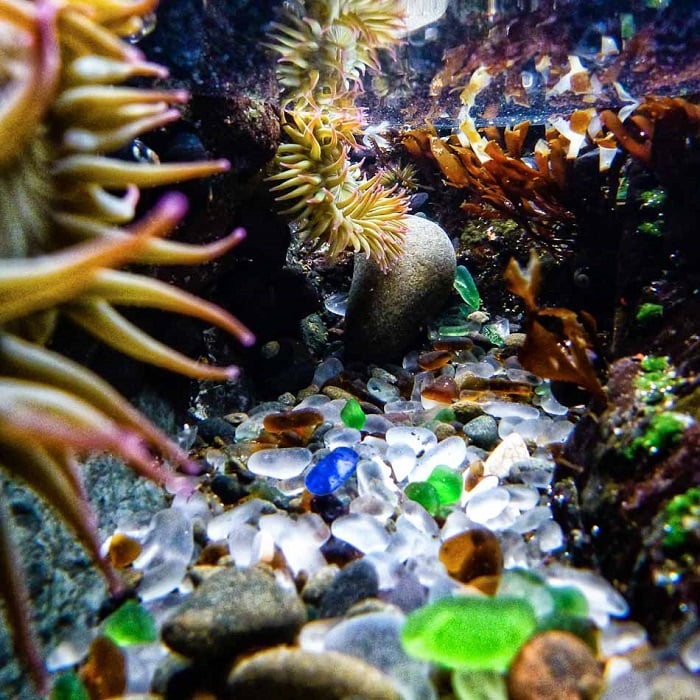 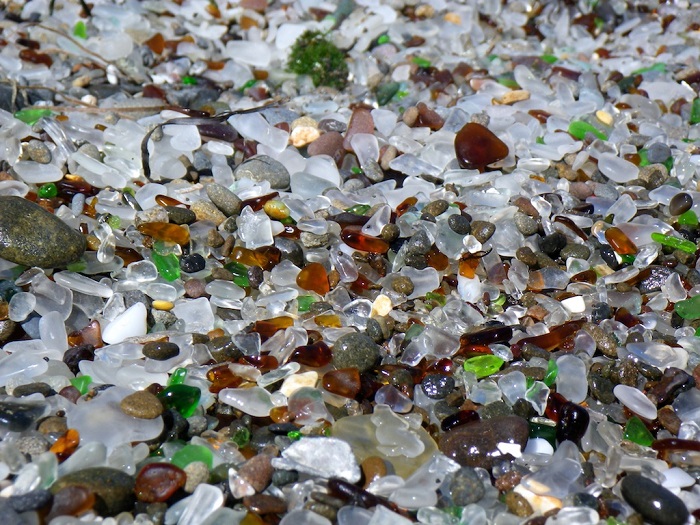 Before becoming a major tourist hot spot, Glass Beach bore a markedly different title: town dump. Up until 1967, when the North Coast Water Quality Board finally realized the negative impact dumping had on the sea, it was common for surrounding towns to toss all of their trash into the ocean.

In the 1990s, major cleanup projects removed much of the waste that was left behind, though they were careful not to touch the piles of sea glass that has accumulated for decades. 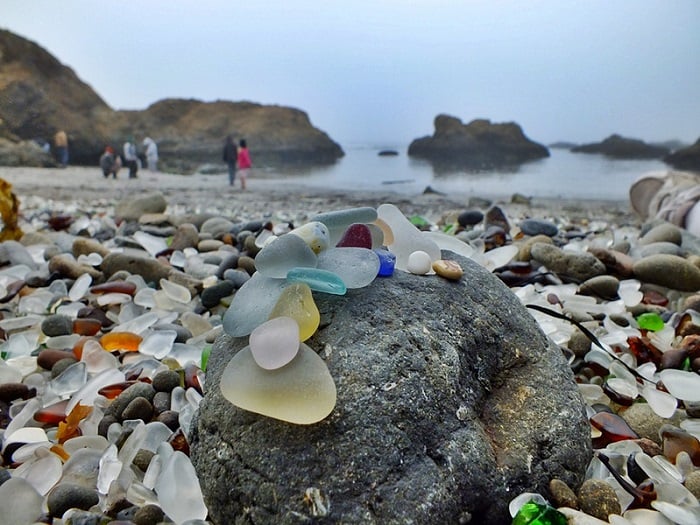 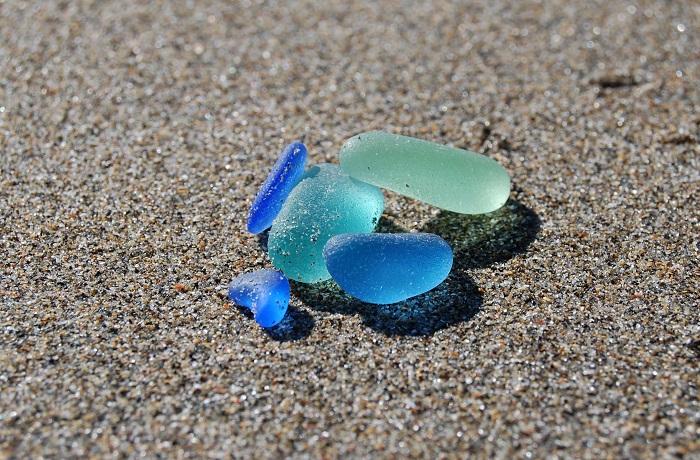 Glass Beach claims to contain the most abundant amount of sea glass, called mermaid’s tears, in the entire world. Fort Bragg’s rock formations are behind the accumulation, as they create a special wave pattern that retains much of the sea glass instead of drawing it out into the ocean. While the smoothness and sheen come from nature, the glass itself is from discarded glass products like bottles or dishware.

Here is a video of a couple visiting the beach; the actual glass hunting starts around 3:40: 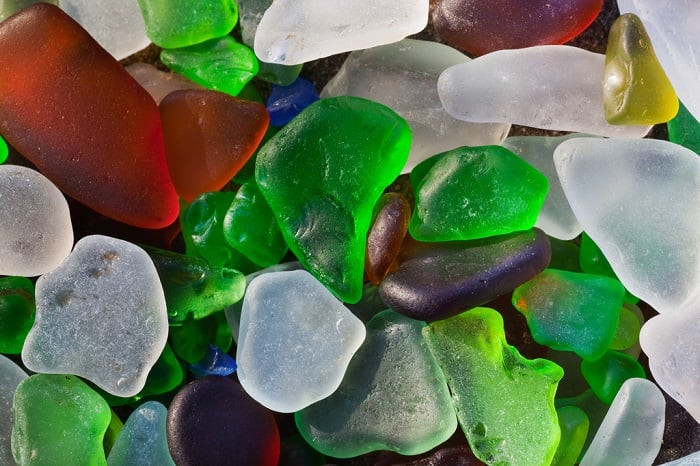 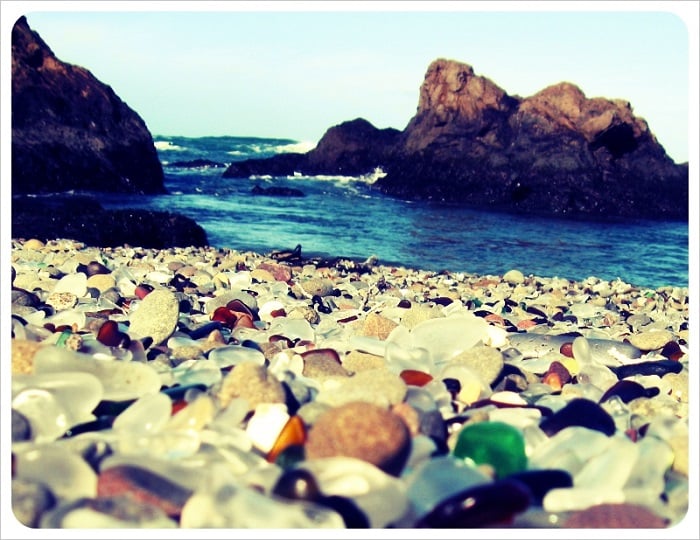 Locals claim that before becoming a tourist attraction, the sea glass at Glass Beach was inches deep in some places, and smooth enough that one could comfortably walk barefoot atop the glass without fear of leaving with a bloody heel. These days, sea glass numbers are dwindling.

Though park officials prohibit visitors from removing the treasures, they have been unable to stop the growing number of sea glass collectors who disobey the rules, often taking the sea glass by the bagful. 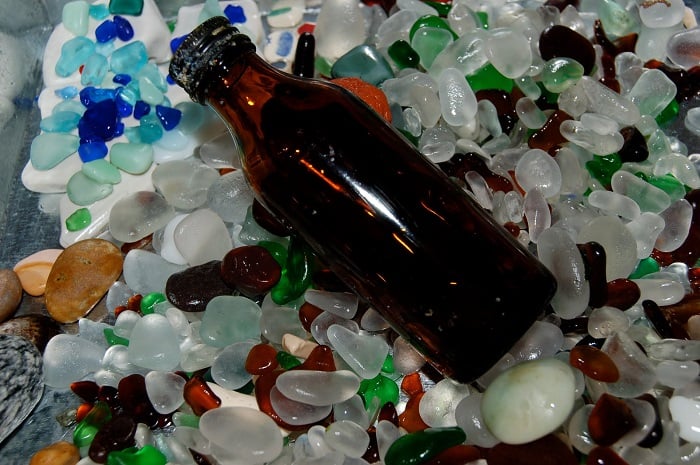 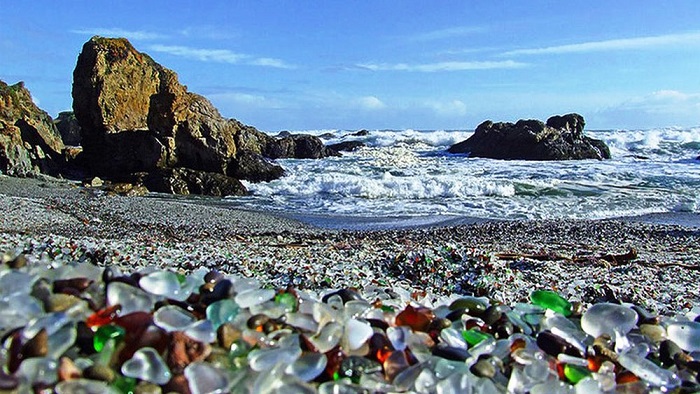 Years ago, it wasn’t uncommon to come across sea glass in bright, brilliant red, deep pinks and purples and other rare colors usually originating from perfume bottles or other specialized knick-knacks. Now, though there is still an abundance of glass, most pieces are clear, green, or brownish in color, coming from ordinary objects like bottles. 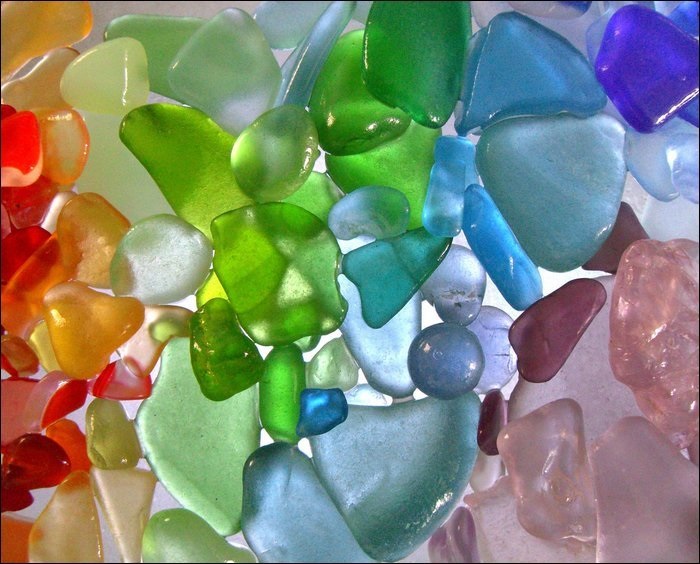 While Glass Beach boasts troves of sea glass, many beaches worldwide contain smaller amounts of sea glass for those willing to search for it. The best time to look for sea glass is in spring during low tide, especially after storms.

When picking up the glass, be careful. Glass with sharp edges is fairly common to come across—as it means that the glass hasn’t been in the ocean long enough to undergo that smooth, shiny sea glass transformation.