The parents' lawyer argues that they had the baby's best interests at heart and were unaware that he was in danger. 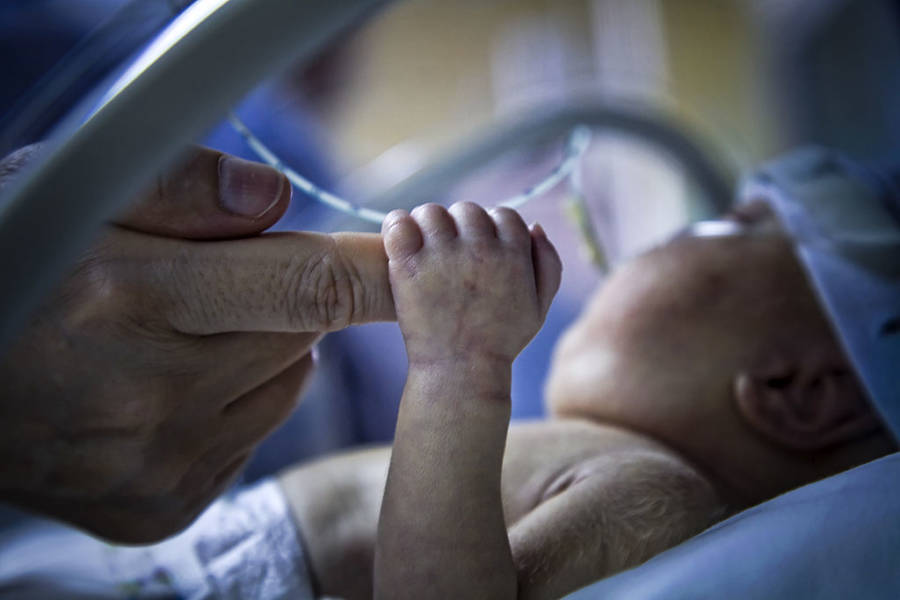 The parents of a seven-month-old baby, who died after being fed only an alternative gluten-free diet, are standing trial this week on charges that they intentionally malnourished their child.

When baby Lucas passed away in 2014, he weighed less than 10 pounds and an autopsy showed that his stomach was completely empty.

They reportedly thought he was gluten and lactose intolerant, despite the fact that no doctor ever diagnosed him as such.

“We never went with Lucas to a doctor because we never noticed anything unusual,” the baby’s father reportedly said during the initial court proceedings on Tuesday.

When the baby became violently ill, they took him to a homeopathic medicine specialist, who instructed them to get the child to a hospital immediately.

The parents now face a possible 18-month prison sentence for “deliberately refusing to feed their child.”

Their lawyer is arguing that they had the baby’s best interests at heart and were unaware that he was in danger.

“Sometimes he gained a little weight, sometimes he lost a little,” his mother said during the trial. “We never wished for the death of our son.”

Though less than one percent of the world’s population is actually affected by celiac disease, the disorder that makes people gluten-intolerant, gluten-free diets are a growing global health fad.

The number of people cutting the protein out of their diets has tripled in recent years — despite research suggesting that avoiding gluten can have multiple and serious harmful health effects for anyone who doesn’t suffer from celiac disease.

This is especially true for children.

“If parents need or want a diet free of gluten, that is their choice,” Norelle Reilly, a doctor specializing in celiac disease, wrote. “But there are significant reasons to think twice before imposing it on kids.”

Next, check out the this Italian bill proposing jail time for vegans who force their kids to go on the diet. Then, read about the recent police rescue of a 14-year-old boy who had been locked up by his parents since birth.