From photos to rock records, these are the surprising things we're offering up to any aliens we may find in order to explain the human race 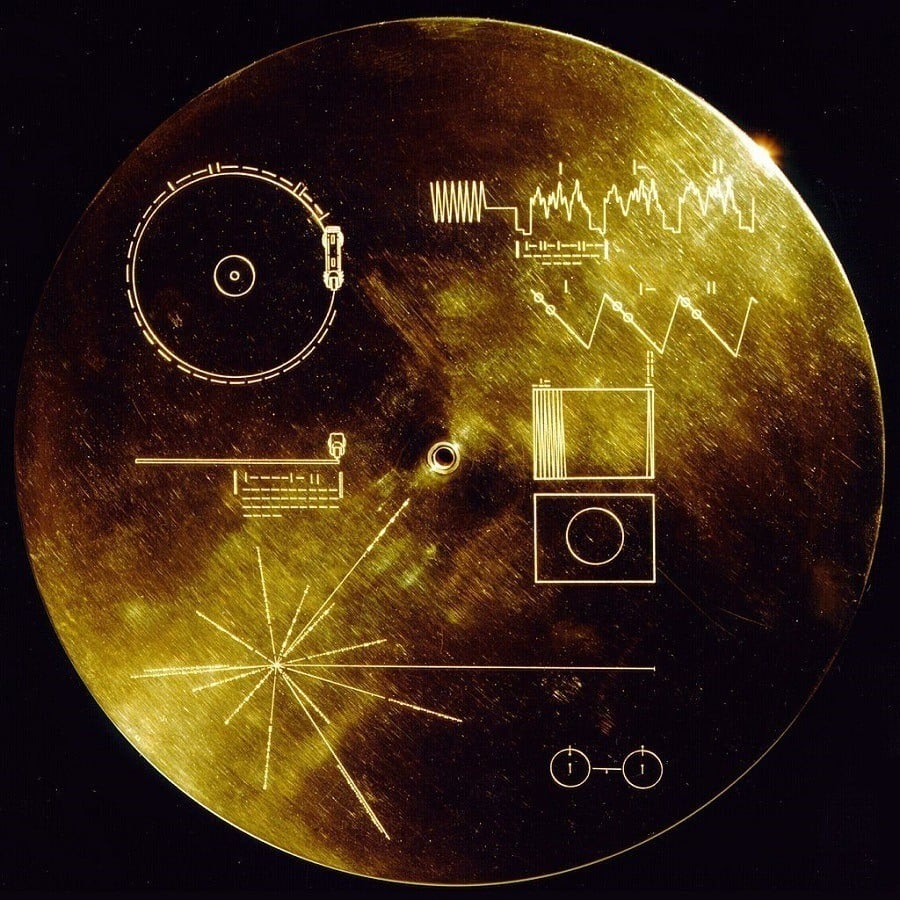 The Golden Record was launched into space on board the Voyager 1 and Voyager 2. The information contained is a mini time capsule of humanity as of 1977.

What would you tell the universe about humanity if you had the chance? This is essentially the question that was answered when NASA launched Voyager 1 and Voyager 2 in 1977 to feed information about Jupiter, Saturn, Uranus, and Neptune back to Earth. Scientists knew that Jupiter’s gravity would give the spacecrafts enough velocity to leave the orbit of the sun and enter into the greater Milky Way, eternally drifting further and further from our solar system.

In case these spacecrafts ever made contact with aliens (with the capability to use human technology, understand human language, and read the written word), each Voyager had an 8-track tape memory system, computers (with less processing power than a smartphone) and a copper phonograph LP that became known as the “Golden Record”, featuring a collection of images and sounds.

“This is a present from a small distant world, a token of our sounds, our science, our images, our music, our thoughts and our feelings,” President Jimmy Carter wrote on June 16, 1977. “We are attempting to survive our time so we may live into yours. We hope someday, having solved the problems we face, to join a community of galactic civilization. This record represents our hope and our determination, and our good will in a vast and awesome universe.”

Here are a few more things in the Golden Record:

2. A compilation of natural sounds from Earth.

3. 90 minutes of music from around the world. Surprisingly not represented in the music department, however, is the Beatles. The group wanted to put “Here Comes the Sun” on, but permission issues with their record company got in the way.

4. 116 images of scientific knowledge, terrestrial environment, human anatomy and accomplishments like these: 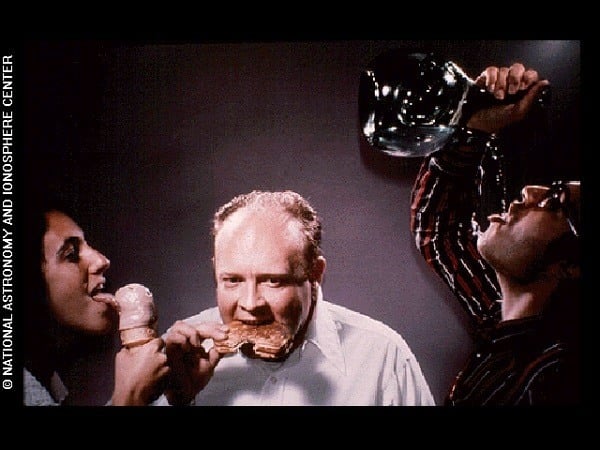 The Golden Record’s image of eating, drinking and licking. 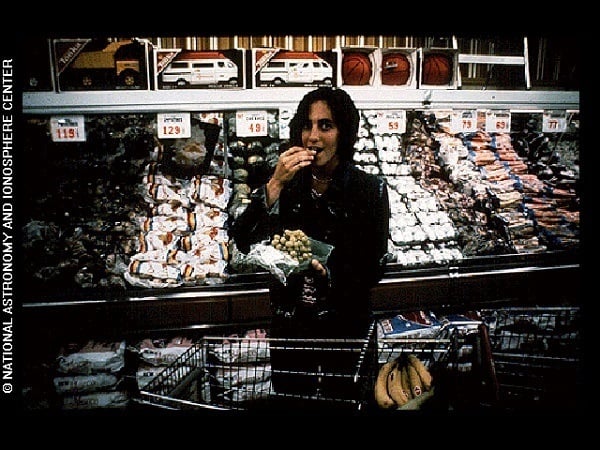 The Golden Record’s image of shopping in a supermarket.