21 Amazing Things To Be Thankful For This Year

Bad news has a tendency to swallow us whole, and 2015 has seen a lot of it. It’s enough to make anyone think that the world is headed toward collapse, but the truth is that a lot of good stuff has happened, too. As 2015 comes to a close, here are just some of the discoveries, innovations and leaps of cultural progress that happened this year, all of which will remind you that as dark as the world may seem, it’s also imbued with warmth, light and hope for the future: 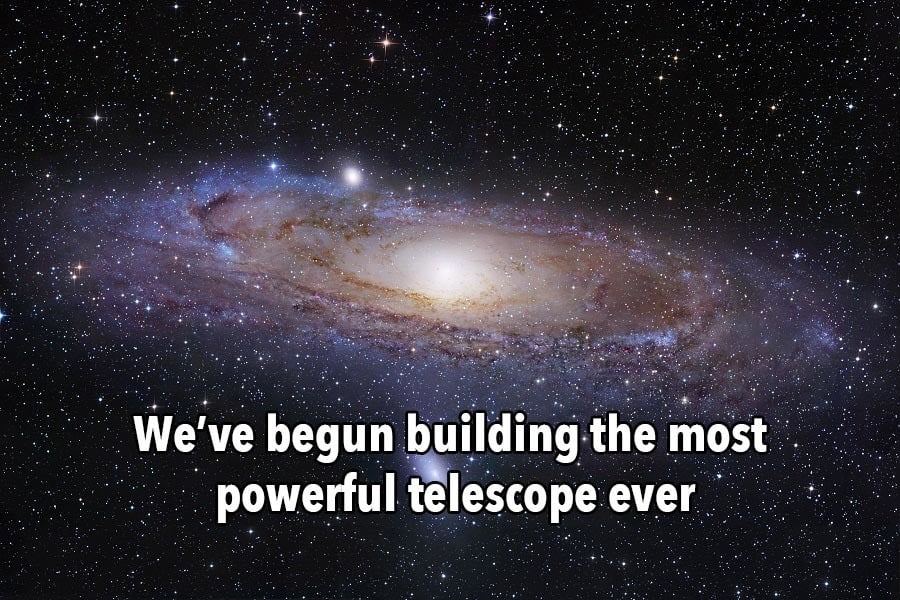 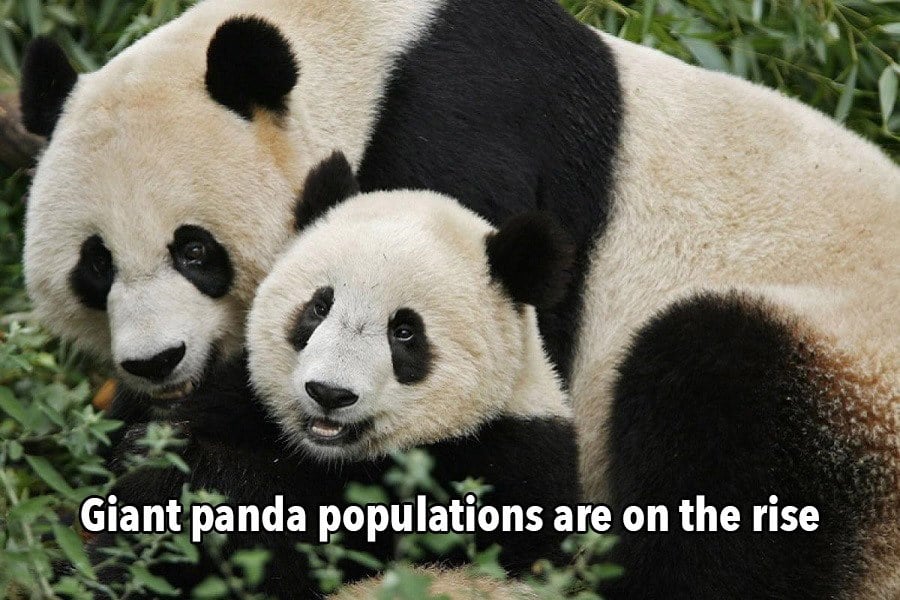 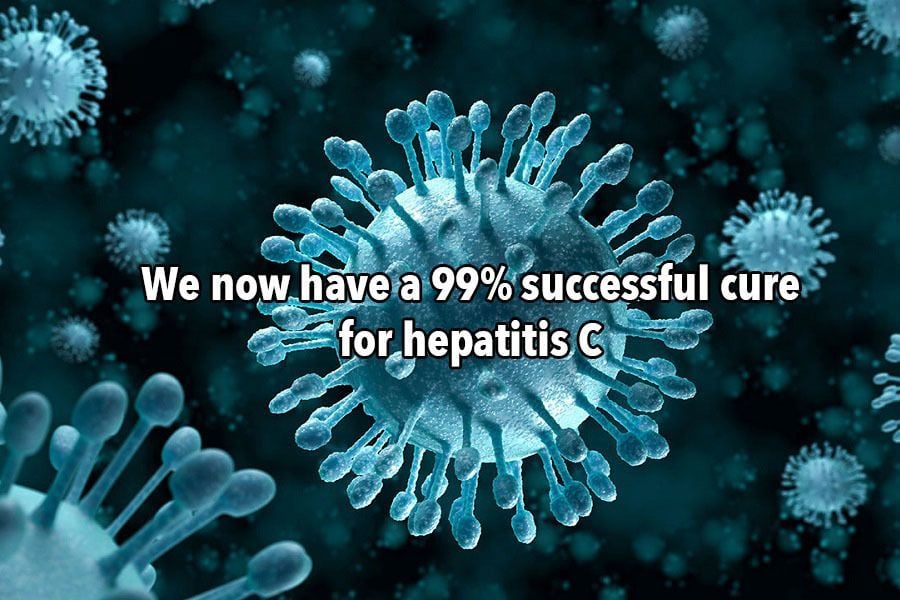 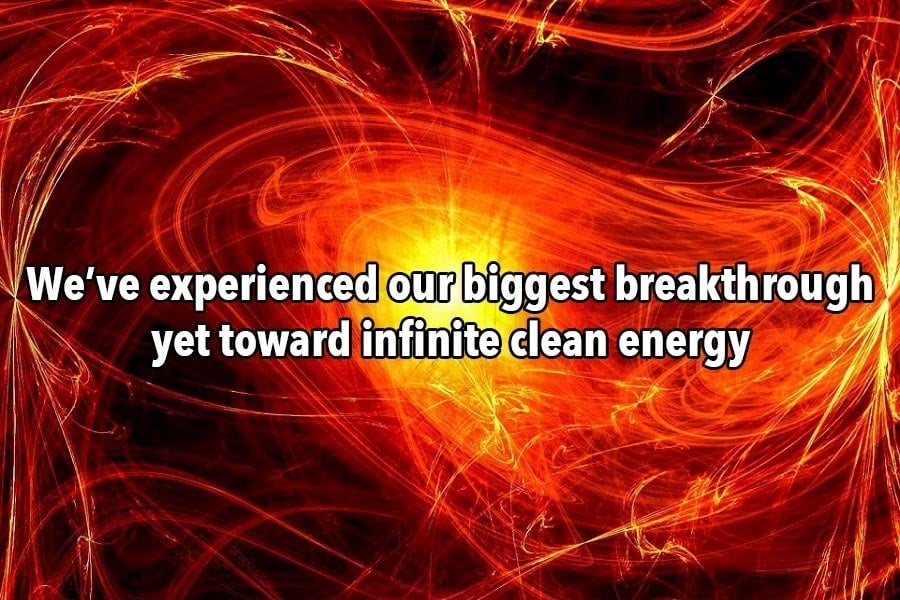 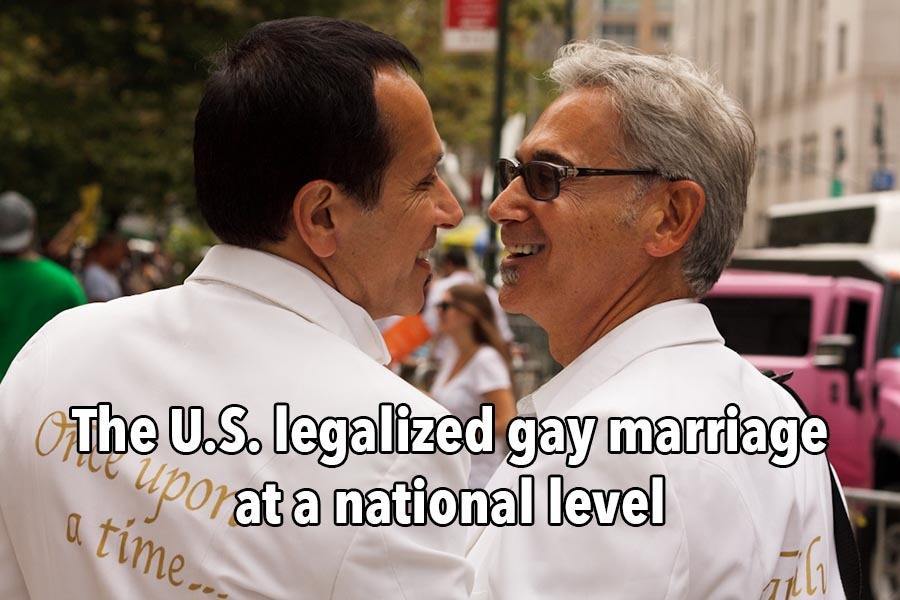 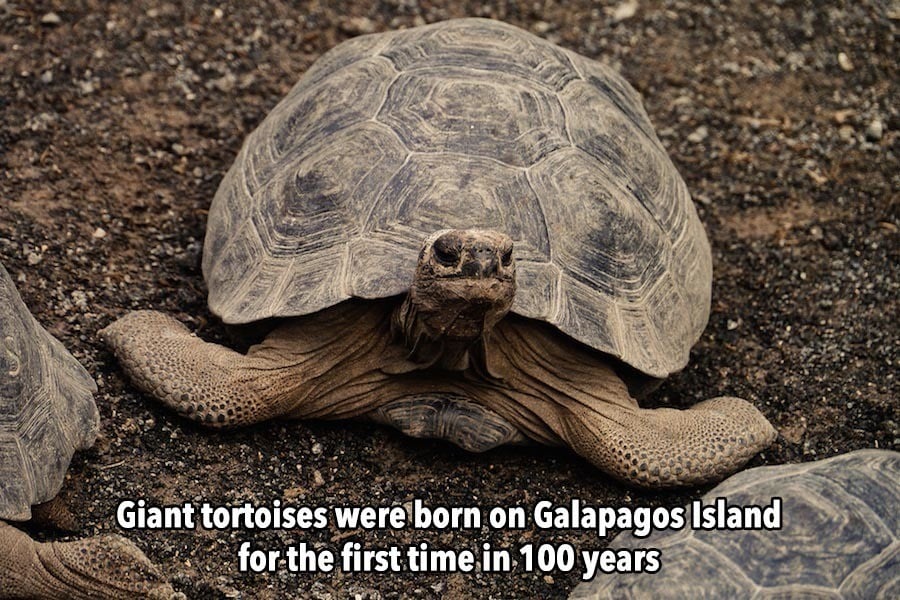 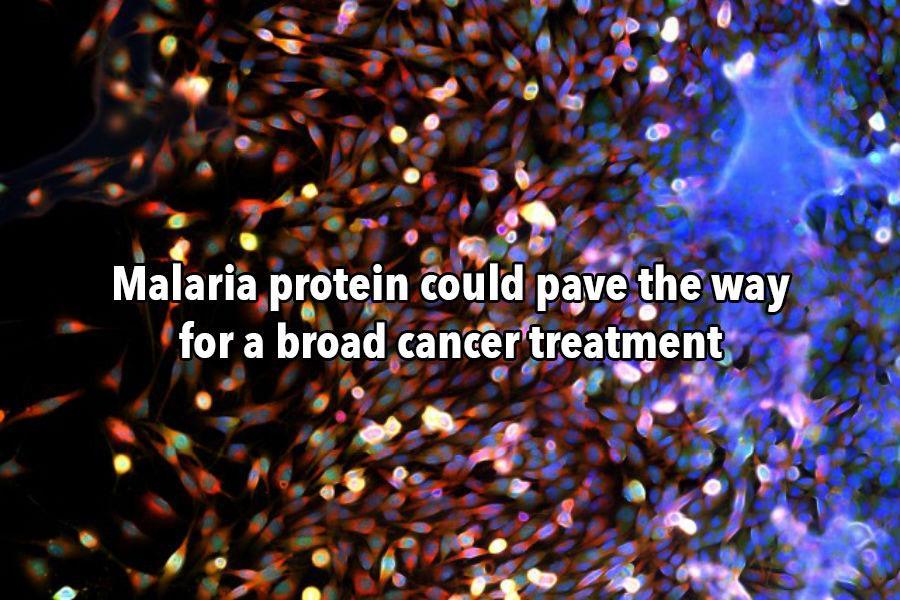 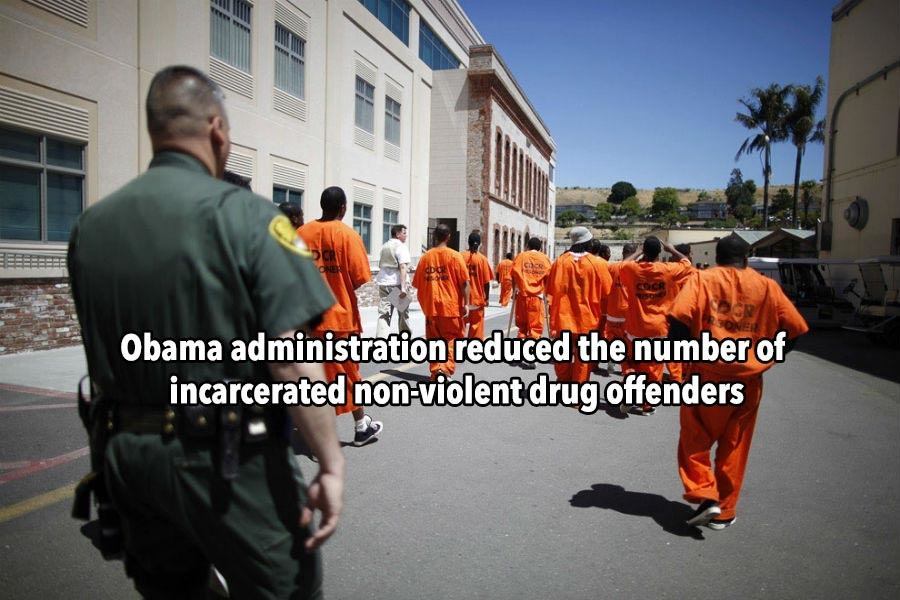 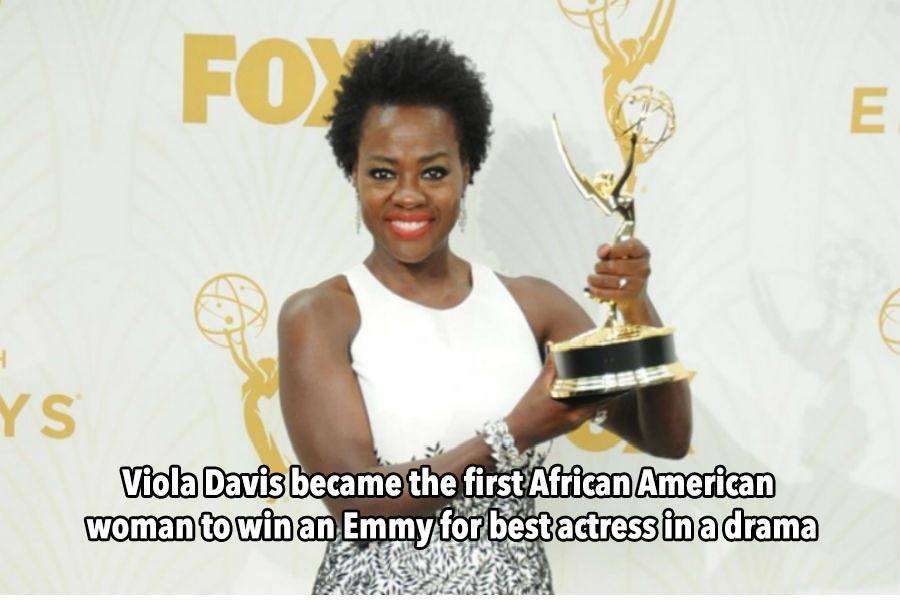 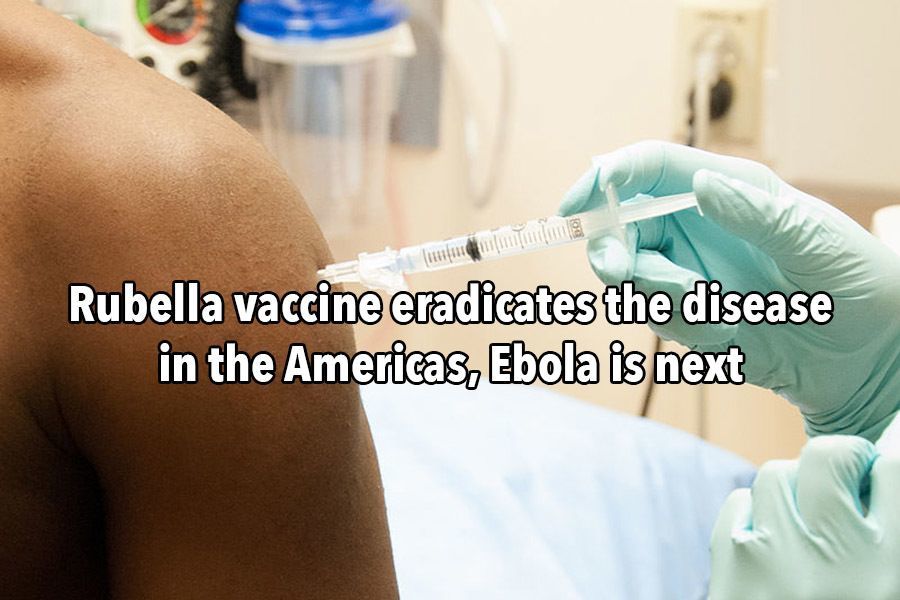 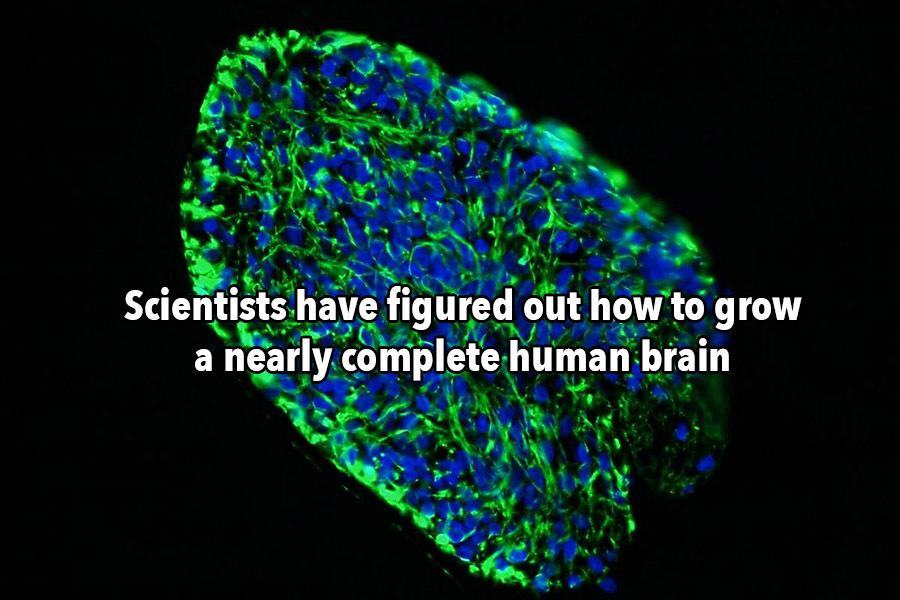 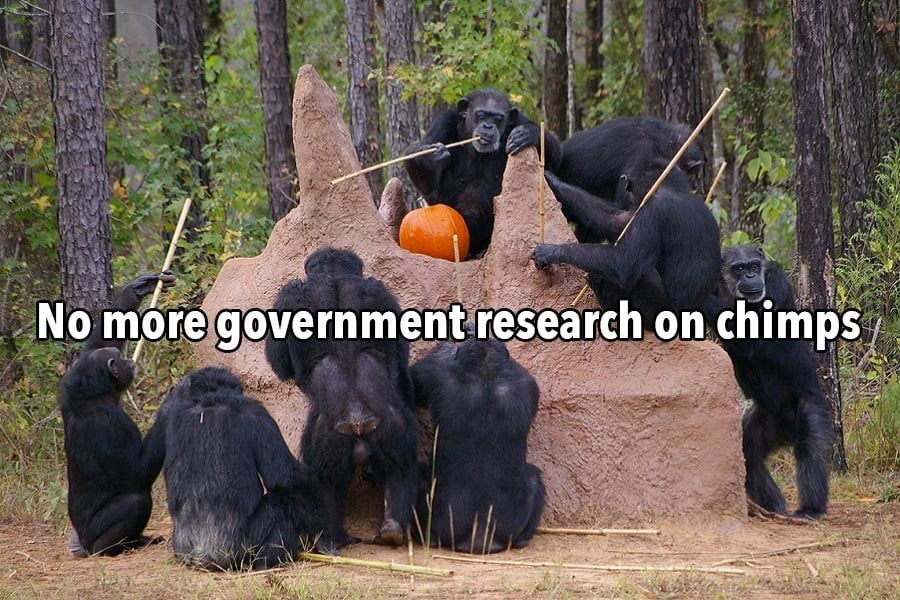 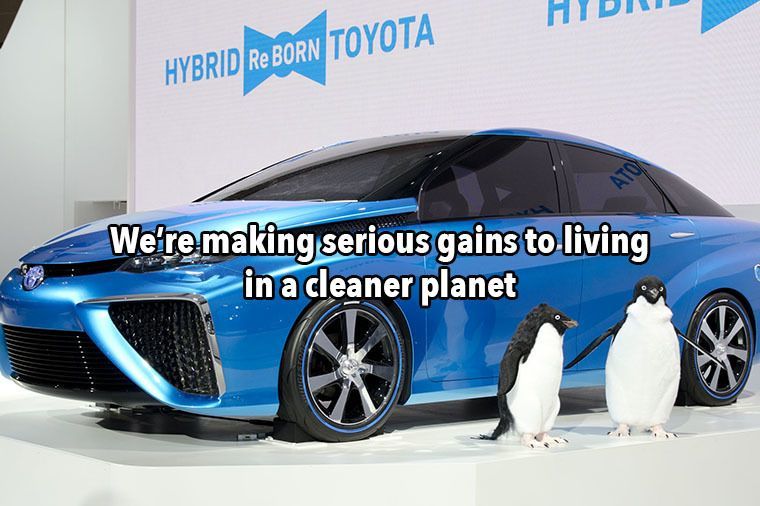 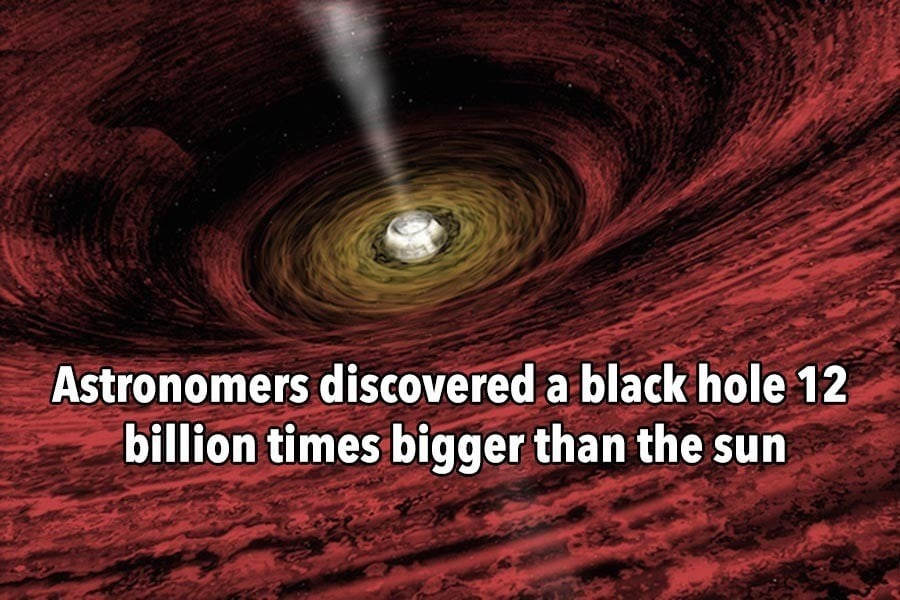 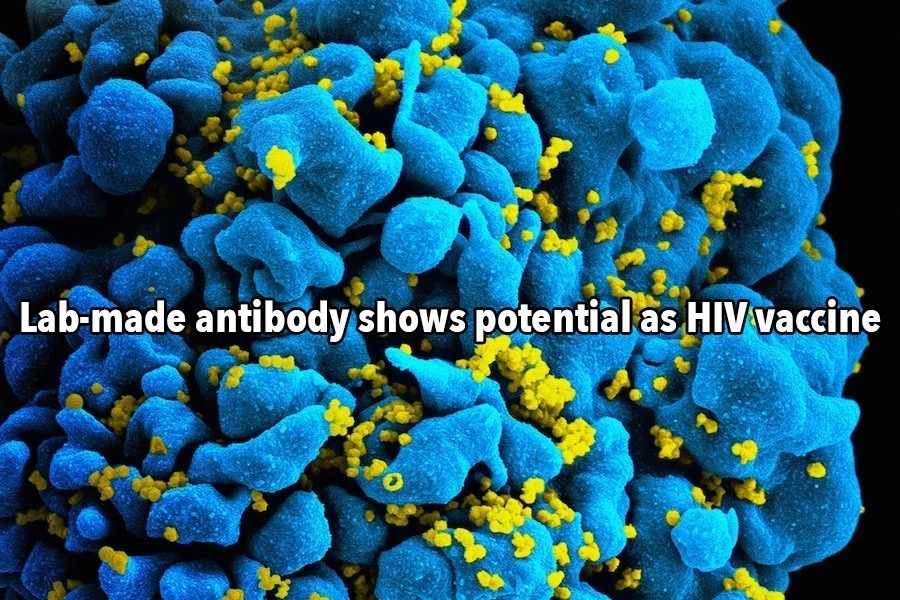 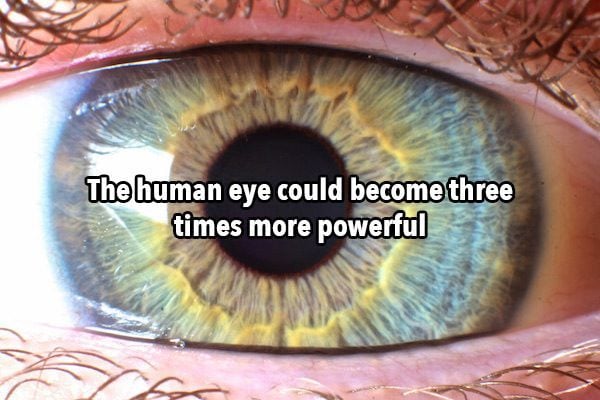 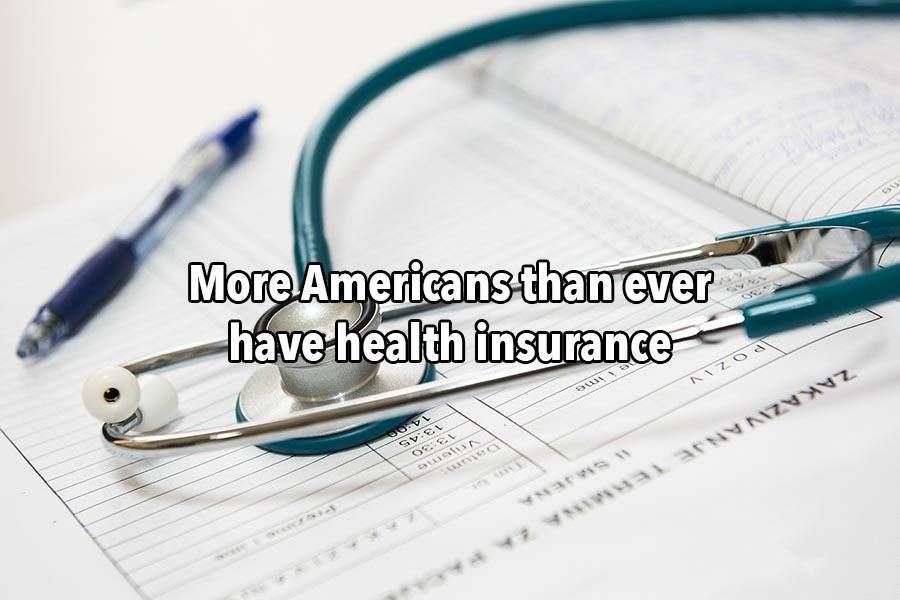 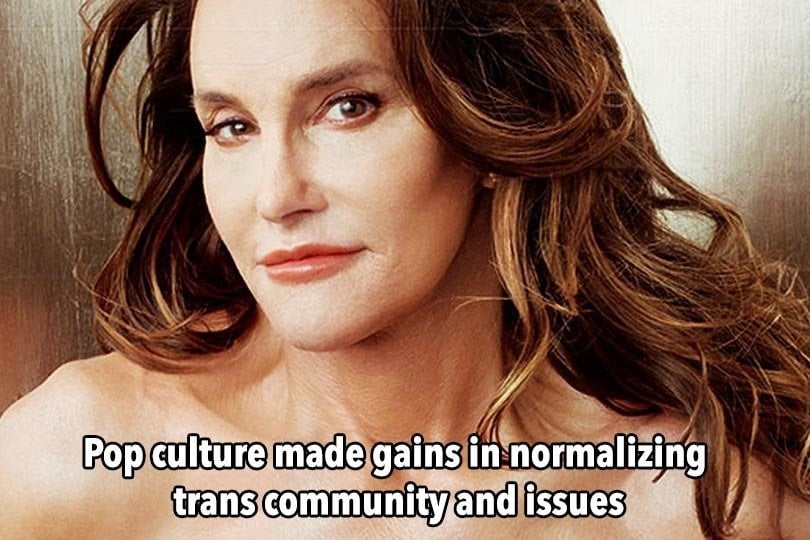 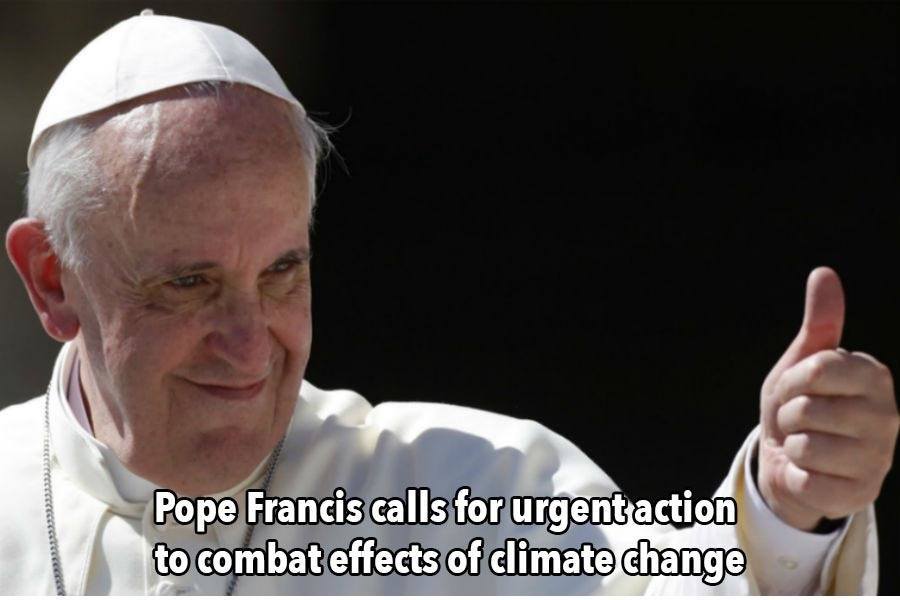 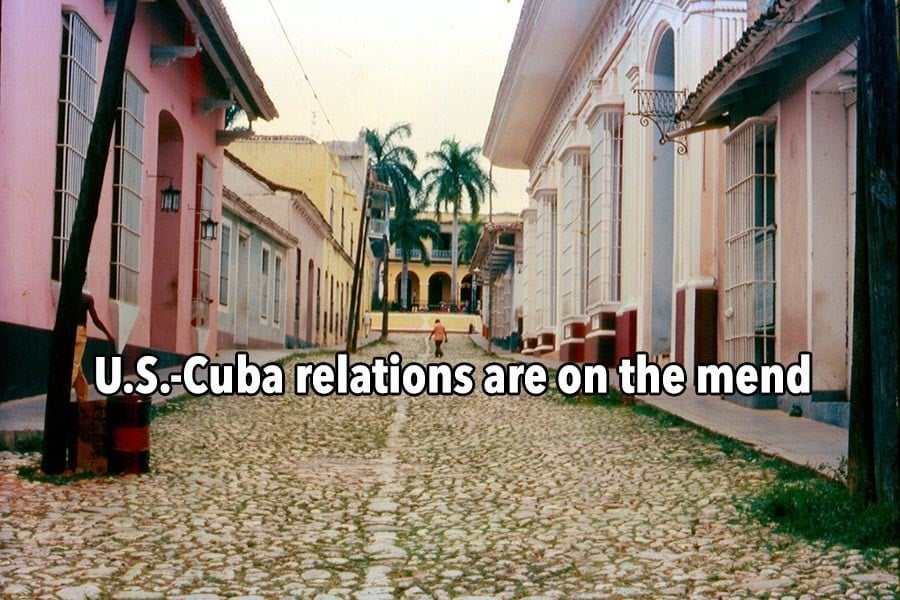 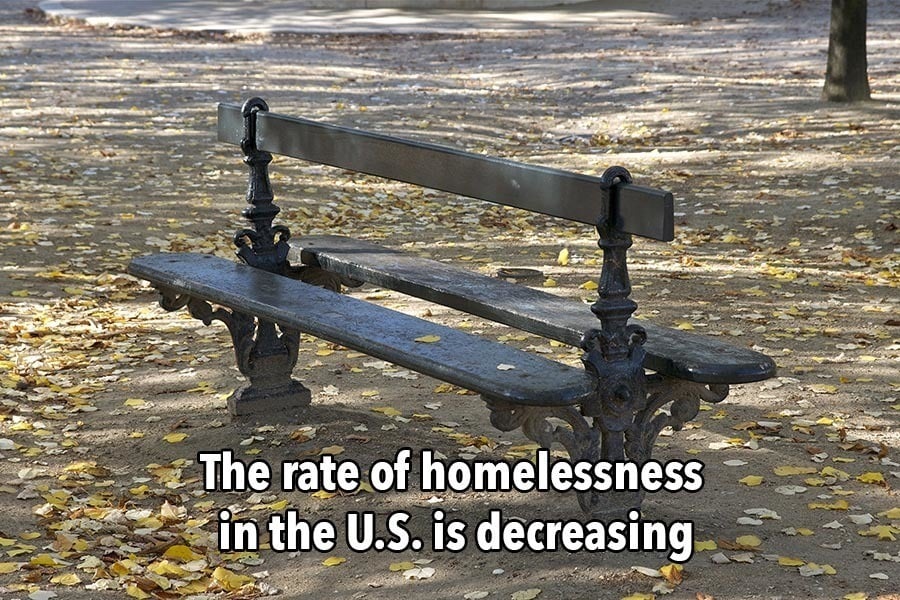 1 of 22
The Giant Magellan Telescope will be ten times more powerful than the Hubble, revealing ancient, distant galaxies so far away that their light started traveling toward Earth shortly after the Big Bang.Phys.org
2 of 22
After decades of decreasing numbers, the poster child for endangered species is now seeing its numbers grow dramatically. Earlier this year, the World Wildlife Fund announced that wild panda populations have risen a whopping 17% over the last decade.New York Daily News
3 of 22
While it may not get the same attention as, say, HIV or Ebola, hepatitis C affects 170 million people worldwide, killing about 350,000 each year. But now, two new drugs have cured the disease in 99% of patients. Science Magazine
4 of 22
It lasted just five milliseconds, but researchers in California were able to hold a superheated ball of gas in stable condition before it decayed. Now, if researchers can increase that time span before decay a little bit, nuclear fusion will occur, providing the world with virtually infinite clean energy.YouTube
5 of 22
In a 5-4 June ruling, the U.S. Supreme Court legalized gay marriage across the country, joining dozens of other countries where gay marriage is legal.Flickr
6 of 22
On the island of Pinzón, researchers discovered ten newly-hatched saddleback tortoises. Having been endangered since the 17th century due to the introduction of rats to the island, this is the first evidence of successful reproduction in the wild in over a century—a victory for the team that finally declared the island “rat-free” in 2012.Flickr
7 of 22
It may have been an accident, but scientists have discovered that the malaria protein called VAR2CSA could become an effective weapon against a range of cancers. Researchers are working towards developing a compound suitable for trials in humans, which will take at least three to four years. IFL Science
8 of 22
In July, President Obama became the first sitting President to visit a federal prison in part of a push to reform the nation's prison system. About 6,100 inmates--mainly Hispanic and African-American men--who were imprisoned for mandatory minimum sentences of 12 years for nonviolent drug trafficking crimes were released in November. Reuters
9 of 22
Aside from making history for winning for her role in ABC's "How To Get Away With Murder," Davis delivered a powerful speech that addressed the larger context diversity in Hollywood: “You cannot win an Emmy for roles that are simply not there."Flickr
10 of 22
Effective vaccination programs have eliminated Rubella (one of the leading causes of death among young children) from the Americas. Ebola might have scared the world earlier this year, but it is next on the list of eradicated diseases after the Public Health Agency of Canada began testing and distributing a vaccine to prevent the disease.Wikimedia Commons
11 of 22
Aside from being conceptually amazing, it is also a huge step forward in medicine. Doctors hope the artificial brain matter will help develop cures for everything from Parkinson's to Alzheimer's diseases and schizophrenia to PTSD.Molecular Matrix
12 of 22
After decades of using chimpanzees as research subjects (which entailed infecting them with HIV, hepatitis, and much more), the U.S. government's National Institutes of Health officially pledged to retire every single one of its research chimps. Retired chimps will be sent to the aptly named Chimp Haven in Louisiana. NPR
13 of 22
Toyota had the biggest hydrogen cell vehicle launch this year, which might be the catalyst the U.S. needs in the step toward zero-emission cars. Air pollution in general is on the decline, and even China posted lower amounts of pollution than previous years because of the switch from coal to cleaner energy. Wikipedia
14 of 22
As well as being vast, it’s also ancient—scientists believe the hole was formed just 900 million years after the Big Bang. They are still looking for a theory to explain how such a massive black hole could form when the universe was so young.Flickr - Photo Sharing!
15 of 22
Using current knowledge of how HIV infects cells, the Scripps Research Institute in Jupiter, FL has created a molecule designed to combat the disease. Four monkeys inoculated with the molecule were completely resistant to increasingly higher doses of the AIDS virus. It’s not ready for human trials yet, but it’s a promising step in the right direction.Flickr
16 of 22
Optometrist Dr. Garth Webb, of Ocumetics Technology Corp, claims to have created a “bionic lens.” It will allow anyone who undergoes the painless, eight-minute procedure to experience vison three times better than 20/20. There is a possibility that these will be available as soon as 2017.Flickr
17 of 22
In another June decision, the U.S. Supreme Court upheld the Affordable Care Act. In the first months of 2015, only 9.2% people of all ages were uninsured.Pixabay
18 of 22
Along with award-winning shows like Transparent and Orange is the New Black, current trans icons such as Laverne Cox and Caitlyn Jenner have helped mainstream the trans community and accompanying struggles in popular discourse.Flickr
19 of 22
This June, the pope issued an encyclical devoted to environmentalism, criticizing a range of trends -- from excessive use of technology to compulsive consumerism. He hopes to inspire action against climate change not only from the Catholic Church, but from "every person living on this planet."
20 of 22
In July, officials from the U.S. and Cuba established embassies in each country's respective capitals, signifying the continuance of the monumental "Cuban Thaw," which allows for fewer restrictions on travel and remittances, and allows U.S. banks to access the Cuban financial system.Wikimedia
21 of 22
The State of Homelessness report of 2015 showed an overall decrease in the number of people in the United States who are homeless. Each state has varying levels of decreases, but the rate of homeless veterans, homeless children and chronically homeless individuals all went down in the majority of states.Wikimedia Commons
22 of 22