Researchers determined what the chewer looked like, their gender, their diet, and their lifestyle — all from this piece of multi-millennia-old gum. 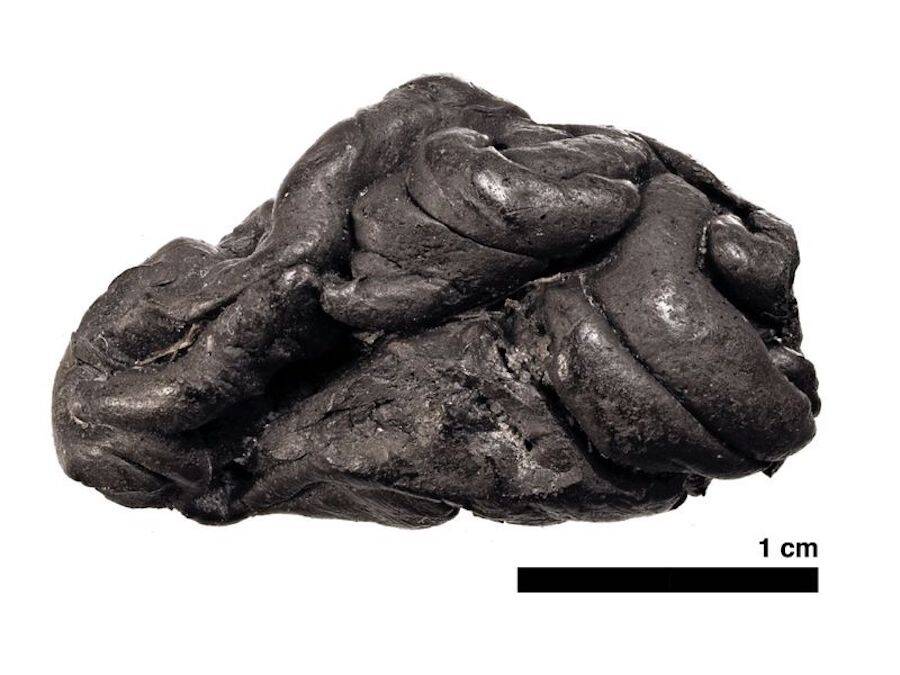 Theis JensenThis ancient gum is made out of the bark of the birch tree and was found at the archaeological dig site of Syltholm, on the Danish island of Lolland.

Archaeologists in Lolland, Denmark unearthed a piece of 5,700-year-old chewing gum made of birch bark and found to their great surprise that the ancient artifact contained DNA. The DNA was so well-preserved that scientists could reconstruct the entire human genome of the Stone Age person who had chewed the gum.

According to The Smithsonian, experts were even able to identify the microbes that lived in this ancient human’s mouth and determine their dietary habits — all from a piece of multi-millennia-old gum.

“These birch pitch chewing gums are kind of special in terms of how well the DNA is preserved,” said co-author of the study published in Nature Communications, Hannes Schroeder.

“It’s as well-preserved as some of the best petrous [skull] bones that we’ve analyzed, and they are kind of the holy grail when it comes to ancient DNA preservation,” Schroeder added.

A CBS This Morning segment on the remarkable find.

Birch pitch is made by heating the bark of the birch tree and was used as a reliable prehistoric glue across Scandinavia. It was used to construct weapons by combining stone parts to wooden handles.

Many of these ancient birch pitch pieces also contain toothmarks, which suggests that Stone Age persons likely chewed the adhesive as well.

Experts believe the gum was chewed in order to render it malleable or even to alleviate toothaches as the bark of the birch tree has antiseptic properties. The pitch could also have been used to clean teeth and ease hunger pains.

“It is amazing to have gotten a complete ancient human genome from anything other than bone,” said Schroeder according to SciTech Daily.

Researchers could glean such details about the human which chewed the pitch as gender, disease, and lifestyle.

Indeed, the human genome showed that the chewer was female and genetically more closely related to hunter-gatherers from mainland Europe than to central Scandinavians of her time and locale.

Researchers could also determine what she likely looked like, with dark skin, dark hair, and blue eyes. 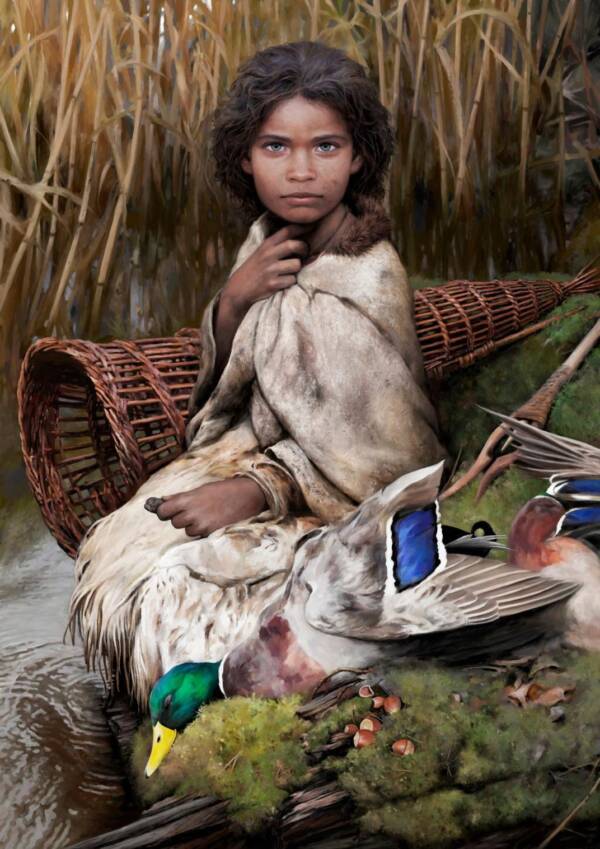 Tom BjörklundExperts learned that the chewer was female and potentially a child who commonly ate hazelnuts and duck. This illustration was rendered according to researchers’ conclusions.

Schroeder added that the ancient person’s appearance is particularly interesting “because it’s the same combination of physical traits that apparently was very common in Mesolithic Europe.”

According to this find, Schroeder suggested, the woman was likely genetically linked to people in Spain or Belgium. Schroeder believes this finding also supports the notion that two different waves of people landed in Scandinavia after the ice sheets vanished 11,000 to 12,000 years ago.

Even more specifically, the DNA results revealed traces of plant and animal DNA in the gum, like hazelnuts and duck, which suggested that these items may have been part of the individual’s diet.

But the Syltholm dig site is believed to be from a time when farming had already arrived in Scandinavia, yet the woman’s genome has no farmer ancestry in it.

As such, researchers surmised that the woman was of a group of western hunter-gatherers that remained separate from the Scandinavian farmers.

“It looks like in these parts maybe you have pockets of hunter-gatherers still surviving, or living side-by-side with farmers for hundreds of years,” concluded Schroeder. 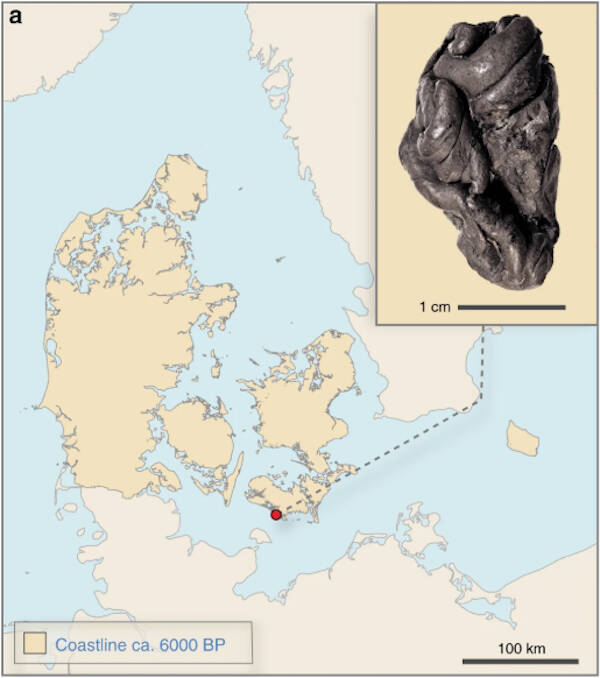 Nature CommunicationsThe dig site is fortunately rather muddy, aiding even further to the preservation process.

The ancient gum also revealed the bacterial evidence of gum disease, and Streptococcus pneumoniae, which causes pneumonia to this day.

For Anders Götherström, a molecular archaeologist at Stockholm University, this gum is potentially a better source for collecting pathogens and DNA “than ancient bones or teeth.” Good thing traces of it have been found all across Scandinavia.

Next, read about the Montana man with the oldest American DNA ever recorded. Then, learn about Viking sex slaves and the dirty little secret behind the founding of Iceland.