The Great Banyan Tree Is More Enormous, And Gorgeous, Than You Can Even Imagine

How India's Great Banyan Tree came back from the brink of death to become one of the most astounding living things on Earth. 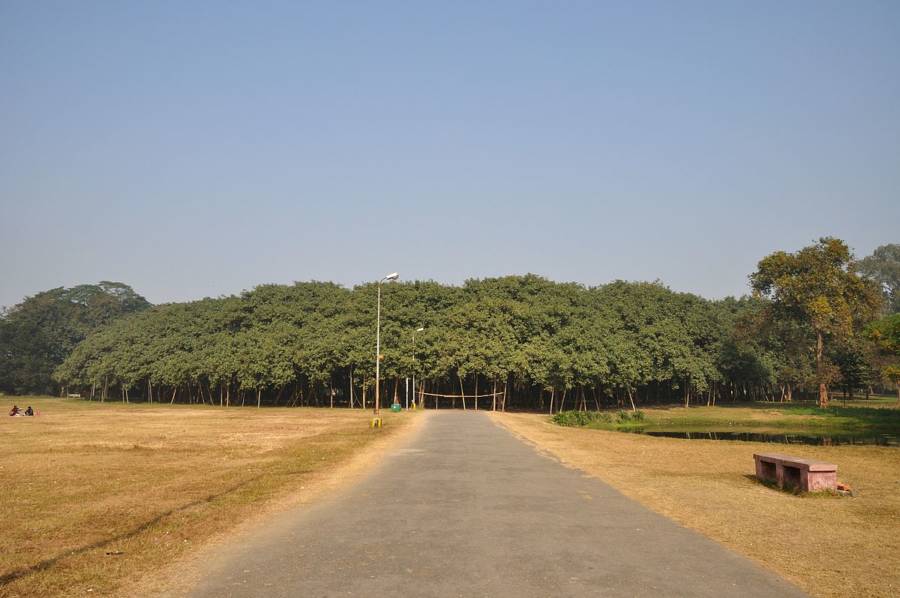 No other living thing on Earth is quite like India’s Great Banyan Tree. Its record-setting canopy — which covers some 156,000 square feet, about the size of a Manhattan city block — makes it the widest tree in the world.

And all this from a tree that doesn’t even have its main trunk anymore.

How The Great Banyan Tree Thrives 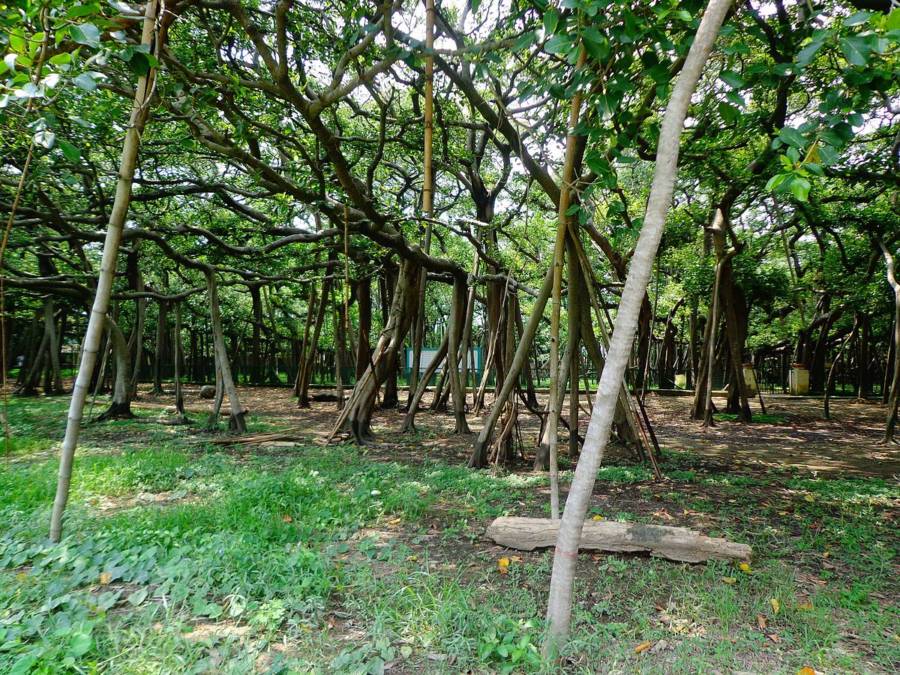 Despite not even having its trunk, the Great Banyan Tree has grown to be the widest on Earth thanks to a unique history that has seen the tree approach the brink of death only to bounce back stronger than ever.

At first, the tree — located in the Acharya Jagadish Chandra Bose Indian Botanic Garden in Howrah — did grow outward from its main truck as virtually any other tree would. But then it began to suffer various damage.

While we don’t know for sure how old it is (common estimates are about 250 years), what we do know is that it suffered through two great cyclones, one in 1884 and another in 1886 (some accounts say 1864 and 1867). Both cyclones broke open the trunk, which left the tree vulnerable to fungal attacks. The fungal diseases caused some damage, but the tree was able to recover.

However, the Great Banyan Tree was not quite so lucky when it was struck by lightning in 1925. This strike soon caused the main tree trunk to decay from fungal infection to the point that it had to be amputated in order to save its healthy parts. 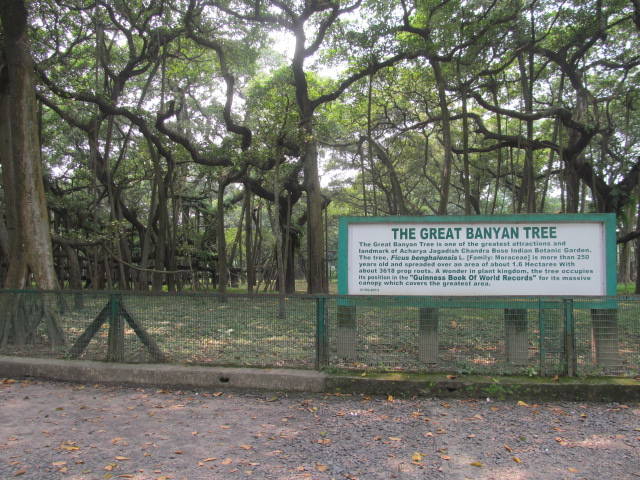 At the time of the trunk’s removal, it was more than 50 feet wide. But despite losing this massive trunk, the amputation caused the tree to become what’s known as a clonal colony, in which the tree remains connected through its still-intact root system and keeps reproducing via natural genetic cloning.

In such a colony, the many trunks that seem to spring forth from the ground may look like they all belong to separate trees, but they are all actually part of the same living thing and connected to the same root system underground.

In fact, these trunk-like pieces of the tree aren’t trunks at all, but are instead prop roots. These particular roots grow outward from existing parts of the tree and then make their way into the ground. Over time, they mature and become hard and woody such that they appear like trunks. Today, the Great Banyan Tree has a whopping, and likely record-setting 4,000 or so of these prop roots.

The Widest Tree On Earth 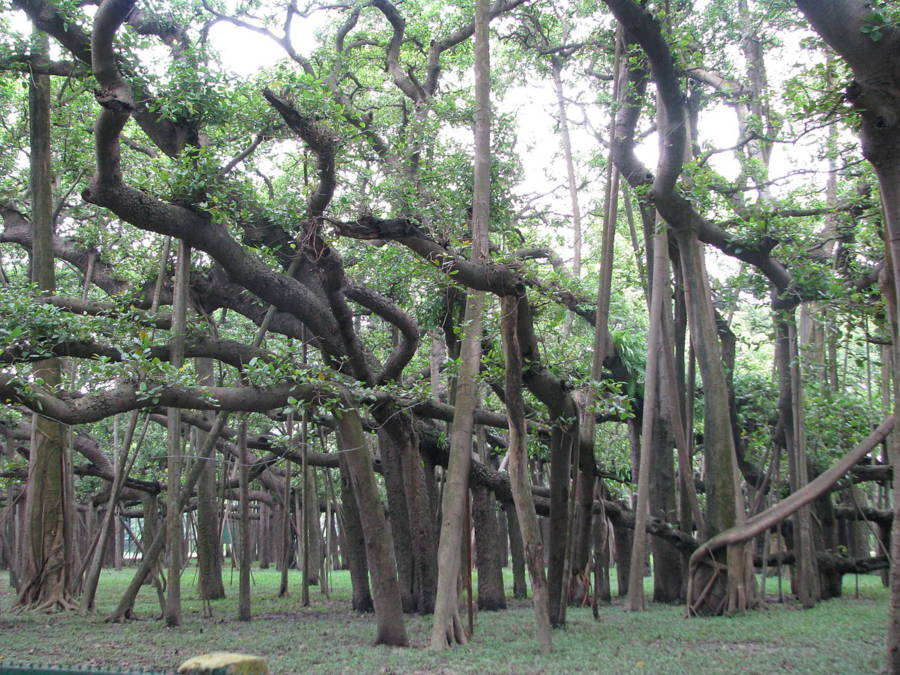 Of course, the Great Banyan Tree’s number of prop roots is but one way to grasp its extraordinary size.

At their highest point, the tree’s branches reach up to about 80 feet. But far more so than its height, the tree’s width and circumference are what’s made it a famous tourist attraction.

In fact, a road measuring about 1,080 feet has been built around the Great Banyan Tree. But even with the road there, the tree has not stopped growing.

As a result, the roots have started to overtake parts of the road, creating a kind of tunnel effect above the road. Visitors can walk along the road but are only permitted to visit the perimeter of the tree and cannot go off the path.

Additionally, visitors that flock to the Great Banyan Tree can also enjoy the surrounding botanical garden home to more than 12,000 specimens of both plants and animals, including a large collection of orchids, bamboos, screw pines, and the rare Amazon Water Lily.

Many animals, such as jackals, Indian Foxes, mongoose, and a large snake population can also be seen, as well as other naturally occurring ponds and lakes.

But despite these other attractions, the Great Banyan Tree remains the garden’s most popular destination (the fact that the banyan, associated with the Hindu gods Brahma and Shiva, is India’s national tree probably doesn’t hurt as well). And with so few other trees like it in the entire world, it’s easy to see why so many come to see the Great Banyan.

After this look at the Great Banyan Tree, read up on the tree colony known as Pando, the largest organism on Earth. Then, check out Old Tjikko, perhaps the oldest tree in the world.