The old coins that park employees found wedged into trees weren't the result of saving gone awry. Instead, they were fundamental to the history of Britain's Wishing Trees. 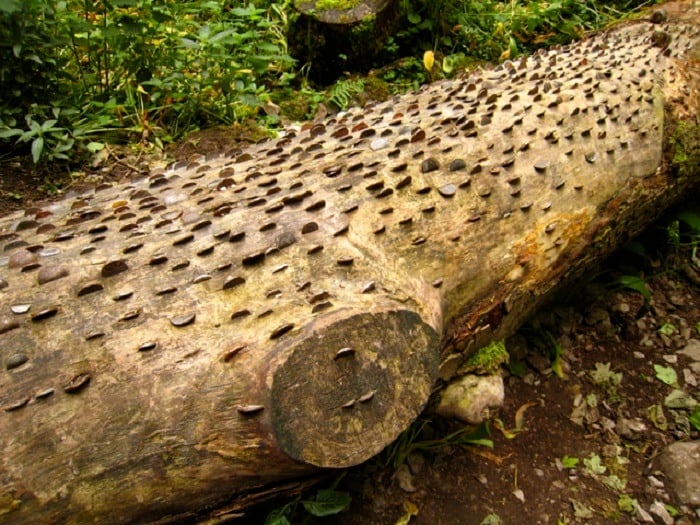 Most people have tossed a coin into a fountain, or dropped a penny down a wishing well, hoping by some miracle that the act would make their wish come true. In the touristy village of Portmeirion, located in Gwynedd, North Wales, staff noticed some peculiar trees covered with coins. By examining the trees and learning their origin, the employees brought to light information about the traditions and superstition surrounding wishing trees. 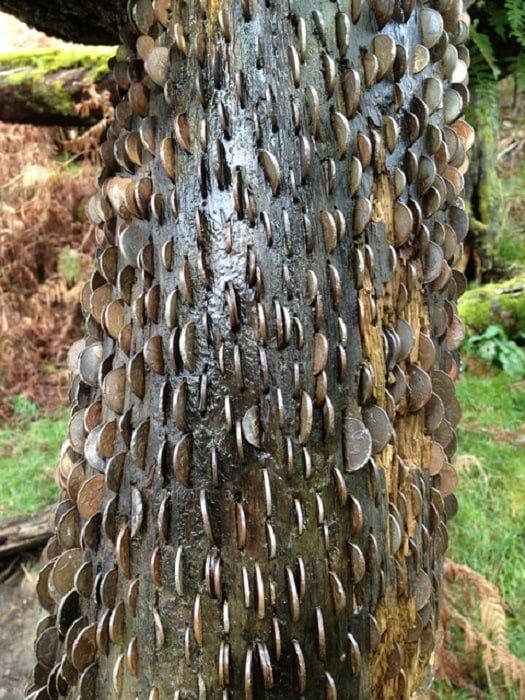 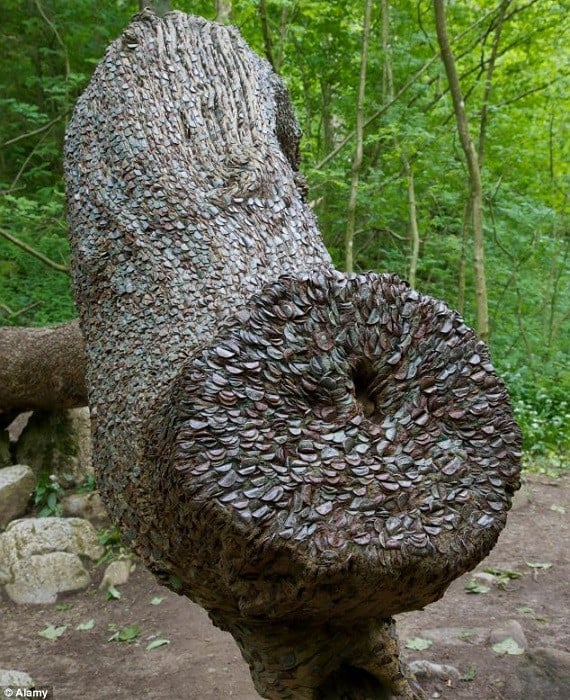 Beginning with their discovery of a felled, coin-coated tree, employees quickly noticed seven more nearby and thus began their investigation. Eventually they found out that townspeople and tourists were following the centuries-old tradition of using the trees as wishing trees. 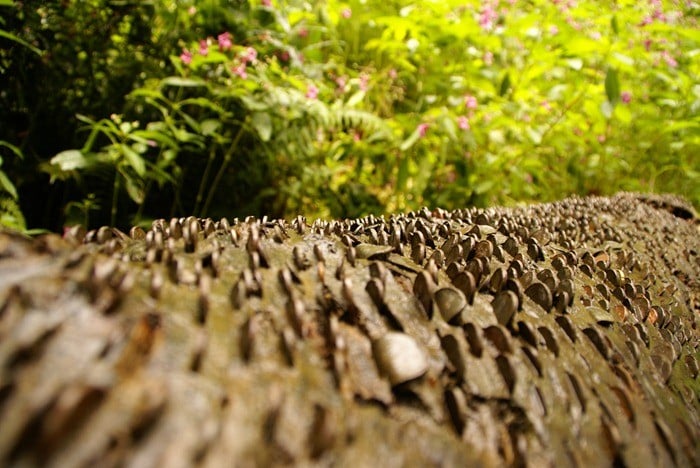 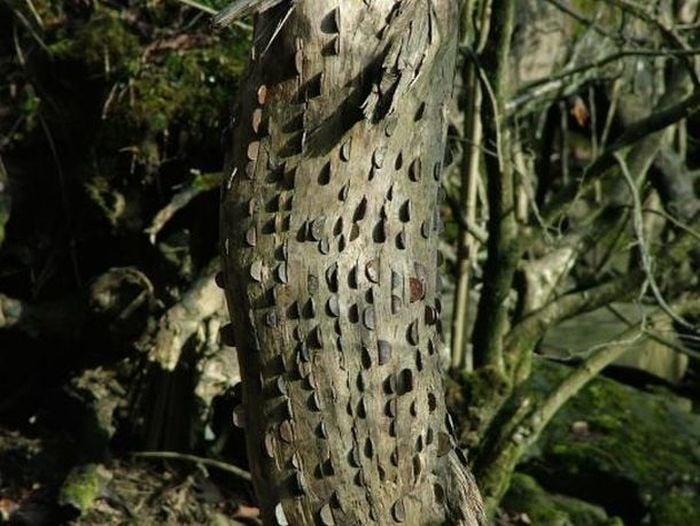 According to beliefs that date back to the beginning of the 18th century, one could rid herself of an illness by sticking a coin into a wishing tree so that the tree would assume the illness. If a person pulled one of the wishing tree’s coins out, he would become ill. Others thought that they would be granted a wish once the coin was driven past the bark and into the tree’s wood. 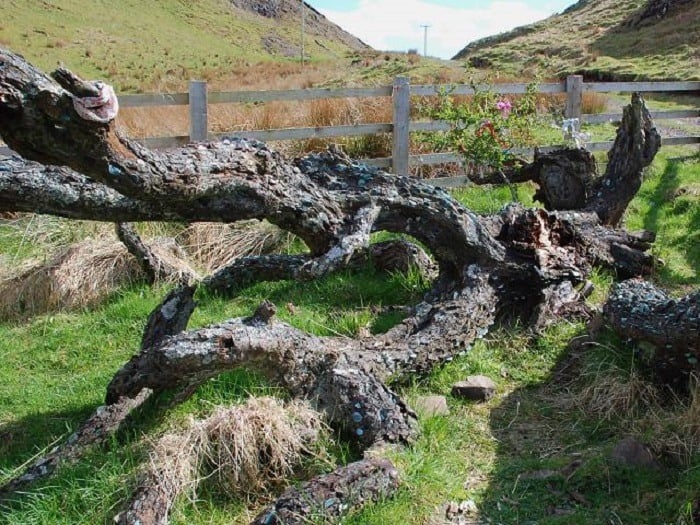 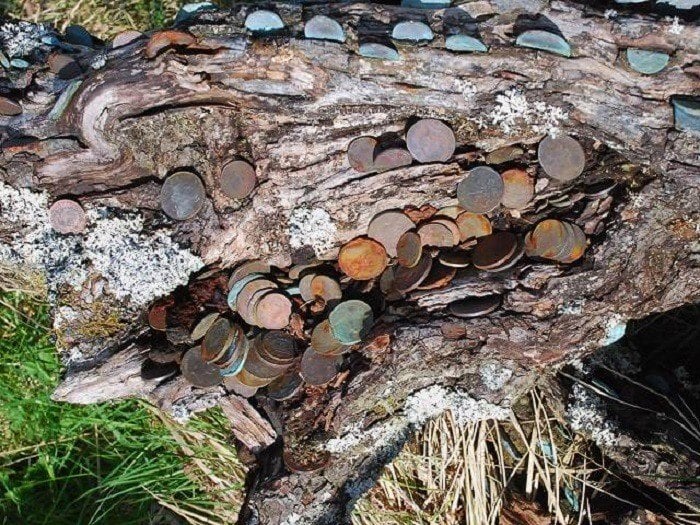 At Portmeirion, the coins are found in beech and holly trees, both of which are sturdy and difficult to press into. Coin wishing trees have also popped up in other parts of England and in other European countries. Modern takes on the wishing tree includes hanging trinkets, colorful fabrics or written wishes and worries from the branches. The wishing tree concept is one that has existed in much of the world. 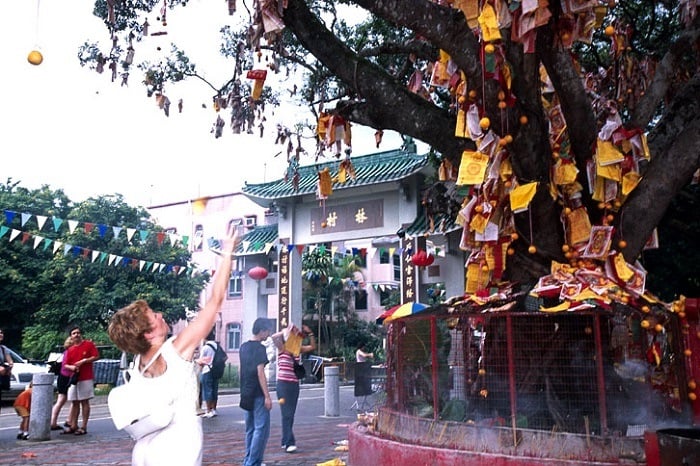 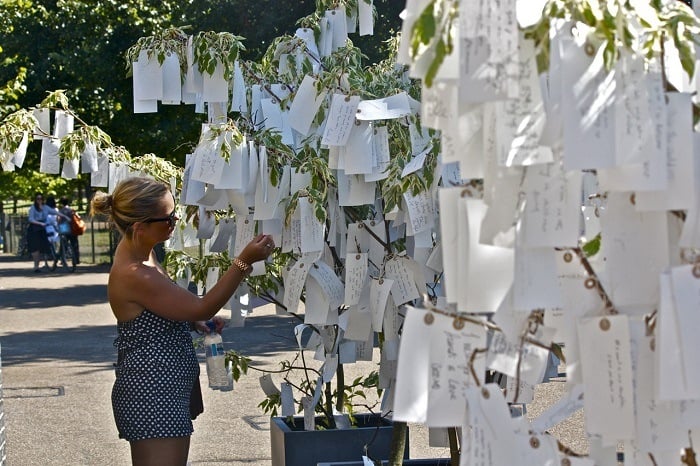 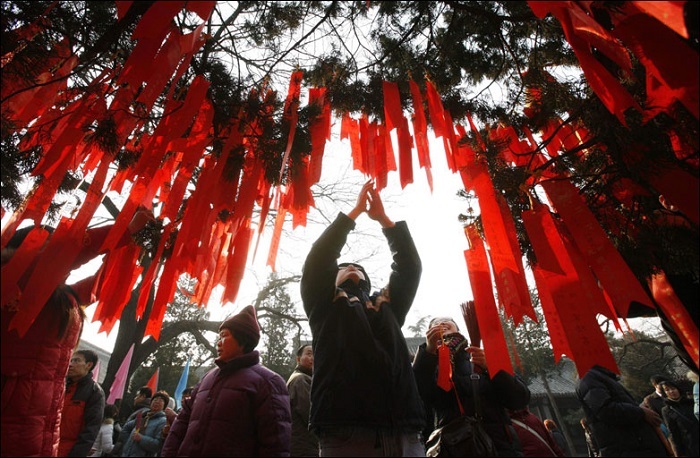