Throughout his adult life, Gregory Hemingway struggled with gender dysphoria and tried to live as a woman — which irreparably damaged his relationship with his father. 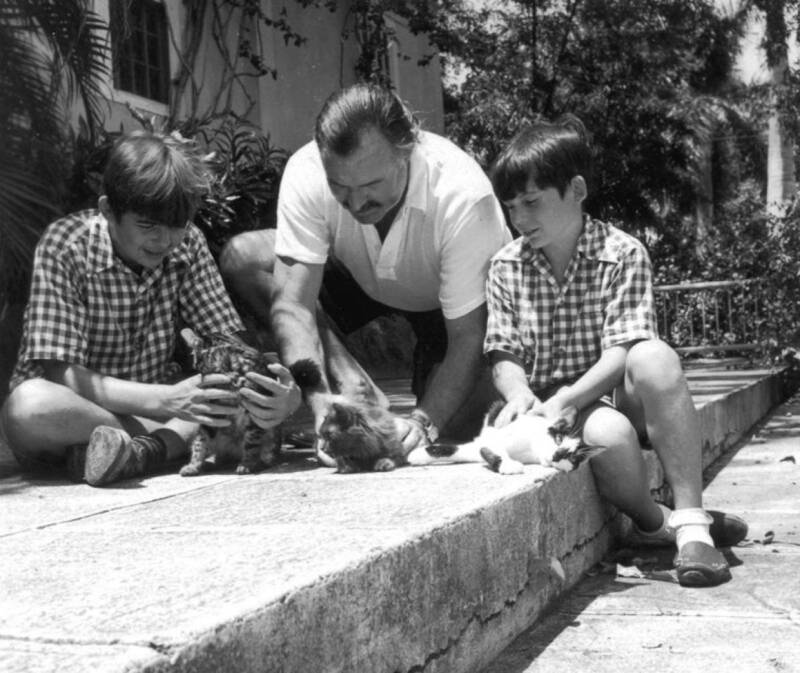 Wikimedia CommonsGloria Hemingway, right, with her father and brother in Cuba in 1942.

The acclaimed novelist Ernest Hemingway once remarked that his youngest child, Gloria Hemingway, had “the biggest dark side in the family except me.”

The two Hemingways did indeed share many demons, including bipolar disorder and alcoholism, and they frequently clashed while Ernest was still alive. But while her father became famous for writing about macho male characters, Gloria Hemingway pursued a life as a woman, changing her birth name from “Gregory” to “Gloria.”

But reportedly, the two Hemingways had more in common in this way, too, than either of them openly acknowledged. 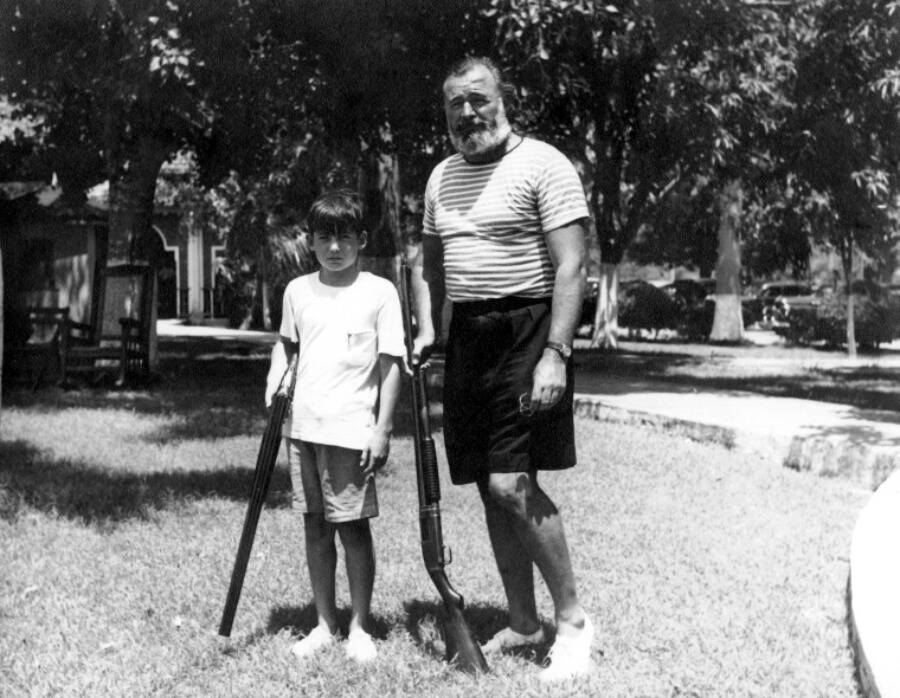 Wikimedia CommonsGloria Hemingway and her father, Ernest, with rifles in Cuba.

As a child, Gloria Hemingway was outwardly athletic — a quality that pleased her father.

But inside, Hemingway was drawn to classically feminine objects. When she was around 10 years old, she tried on her stepmother’s dress and nylons. Her father caught her and went “berserk.”

The Death That Finally Destroyed The Hemingways 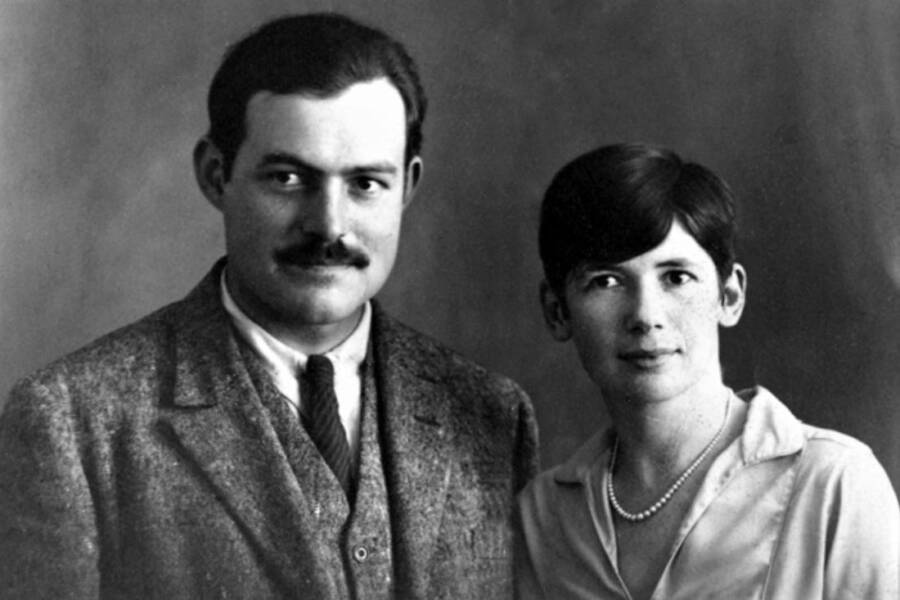 Gloria Hemingway continued to face opposition as she explored her gender identity. At age 19 in 1951, she was arrested at a Los Angeles movie theater, which her father later chalked up to “taking a mind-stimulating drug before such things were fashionable.” In reality, she’d been caught trying to use a woman’s bathroom.

Her mother Pauline bailed her out, but when Pauline called her now ex-husband to tell him what had happened, Ernest Hemingway exploded. For over an hour, he harangued Pauline and blamed her for Gloria’s behavior.

Unbeknownst to anyone in the family, however, was that Pauline had an adrenal gland tumor. The stress of the call caused her adrenaline to spike, and she died suddenly that night.

Ernest immediately turned the blame onto Gloria, telling her, “You killed your mother with that stunt in L.A.”

In the subsequent years, Gloria Hemingway struggled with guilt and depression, dropped out of school, and fled to Africa where, in very Ernest Hemingway-like fashion, she drank heavily and shot elephants.

She never saw her father again.

But over the years, Hemingway and her father would exchange a number of bitter letters to each other. Hemingway called her father a “gin-soaked, abusive monster,” and Ernest accused her of stealing a pair of nylons from one of his wives.

In 1959, Hemingway was accepted to medical school in Miami. She promptly investigated her mother’s death and found that she’d suffered from adrenal cancer and came to the conclusion that the stress of her last phone call likely killed her. Hemingway thus wrote to her father, “It wasn’t me who killed her, you bastard, you did.”

Following the letter, Ernest became increasingly depressed. In 1961, he died by suicide — and his daughter blamed herself for the death of yet another parent. 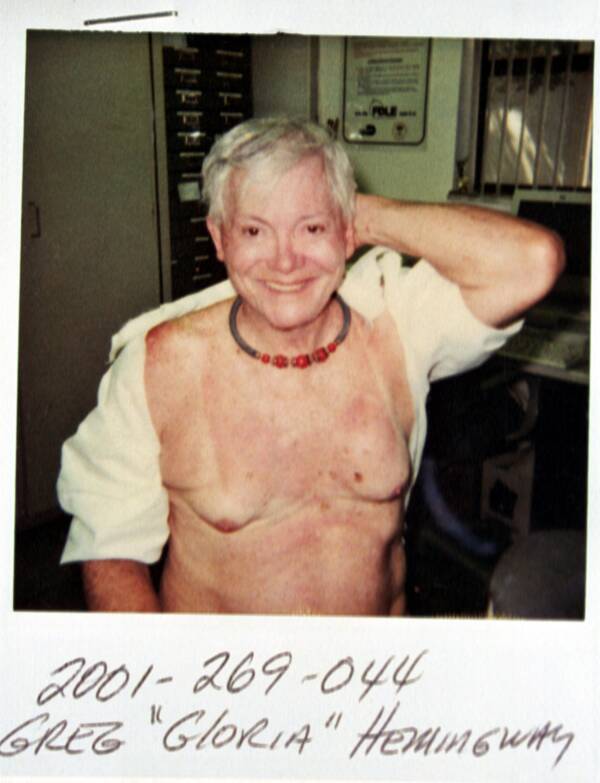 Gloria Hemingway’s final decades were troubled. Her four marriages ended in divorce, and because she drank heavily, she lost her medical license.

She continued to try to live as a woman, and in 1995, Hemingway underwent sex reassignment surgery. According to her daughter, after the surgery, Hemingway mostly identified as a woman but answered to both Gregory and Gloria, as well as to both masculine and feminine pronouns.

“I’ve spent hundreds of thousands of dollars trying not to be a transvestite,” Hemingway told the Washington Post in 1987.

At the end of September 2001, Hemingway was arrested in Miami for indecent exposure. Police found her impaired and naked on Key Biscayne while holding a pair of high heels. Because Hemingway had female genitalia, she was sent to the Women’s Detention Center — but she would never come out.

Five days later, Gloria Hemingway was found dead in her jail cell of natural causes. She was 69 years old.

“What I really wanted to be was a Hemingway hero,” Gloria Hemingway wrote in her 1976 book Papa: A Personal Memoir. But maybe she was. In her struggle against a repressive father, Gloria Hemingway dared to live the life that felt most genuine to her, a feat that perhaps even her father understood in some way.

In Ernest Hemingway’s posthumous book, Islands in the Stream, the famous writer depicts a relationship between a father and a son that perhaps mirrors his own with Gloria:

“[The son] had a dark side to him that nobody except [the father] could ever understand. Neither of them thought about this except that they recognized it in each other and knew it was bad and the man respected it and understood the boy’s having it.”

After reading about the life and death of Gregory Hemingway, check out these 21 Ernest Hemingway quotes. Or, learn about Lili Elbe, a tragic transgender pioneer.