Experts originally thought the jugs were funerary urns, but 12 years of restoration and testing have shown that they were actually meant for beer. 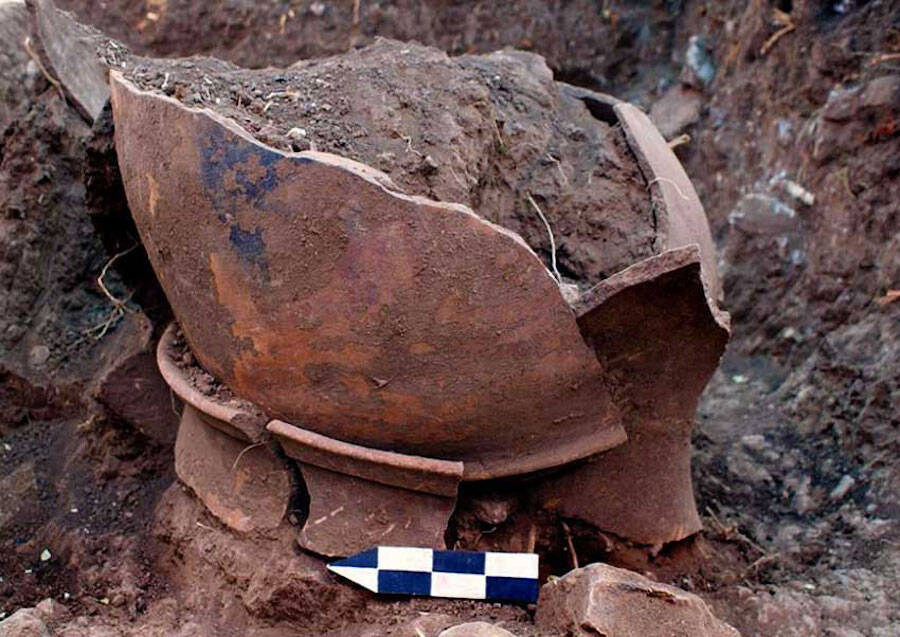 FacebookThis is one of the six fermentation jars. It weighed around 220 pounds — and would’ve weighed twice as much when filled with beer.

In 2008, archaeologist Rodrigo Esparza discovered a plethora of artifacts near the 2,000-year-old Guachimontones circular pyramids in Mexico but was unable to determine what exactly they were — until now. After 12 years of careful restoration, it turns out that one of these artifacts was a 500-year-old jug meant for fermenting corn beer. The jug would’ve weighed 440 pounds, or as much as a blue whale’s heart, when full.

According to Mexico News Daily, Esparza and his team accidentally found numerous bowls, figurines, various jewelry, five ovens, six burials, and six large urns when they first began construction on a museum. “We chose that land,” Esparza said, “because we believed there was nothing of archaeological importance there, but we could not have been more mistaken.”

One discovery truly confounded them, a mostly intact 500- to 700-year-old jug that was three feet high and just as wide. There were six such jars and Esparza and his team initially figured that they had been funerary urns. 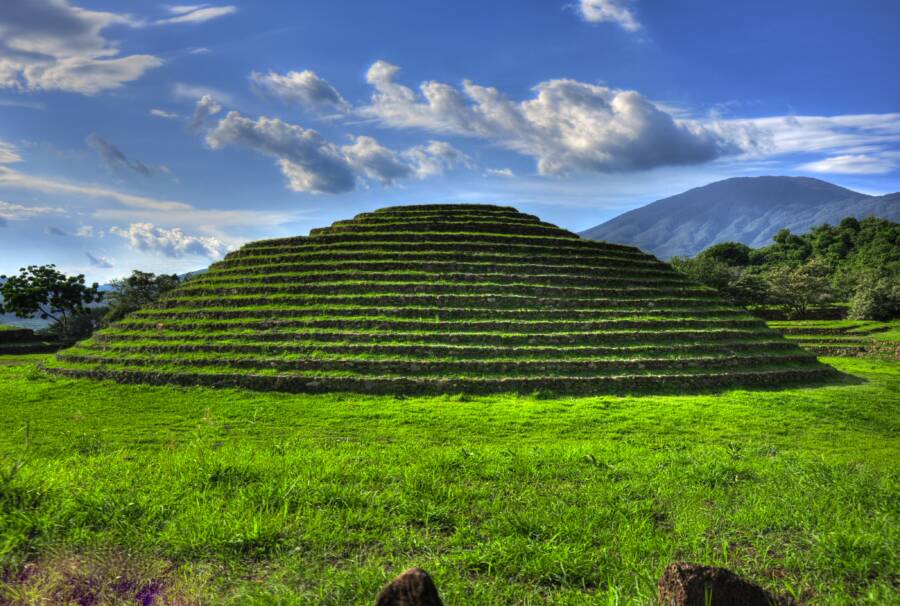 Wikimedia CommonsThe Guachimontones circular pyramids were part of the Teuchitlán society, which existed from 300 B.C. to around 900 A.D. Esparza believes that the fermentation jars are evidence that this society didn’t simply die out as previously thought.

The pot was found in 350 fragments and according to Archaeology, it took 12 years for ceramics restoration expert Cecilia González and her students at Mexico’s Western School of Conservation and Restoration (ECRO) to piece them back together. But once they did, they made a fantastic discovery.

Esparza had almost forgotten about the jug by the time González called him to let him know what it was really for. He was stunned to find out it wasn’t meant for the dead, but rather for a tart kind of ancient beer brewed from corn.

Phil Weigand, the man who discovered Guachimontones, originally suggested that the jars were likely used to ferment and store “tejuino,” which is a type of beer made from sprouted corn still popular in various parts of the country today. He noted that the degraded interiors of the six large urns were evidence that they were affected by alcohol. But they couldn’t be sure until they were restored and tested. 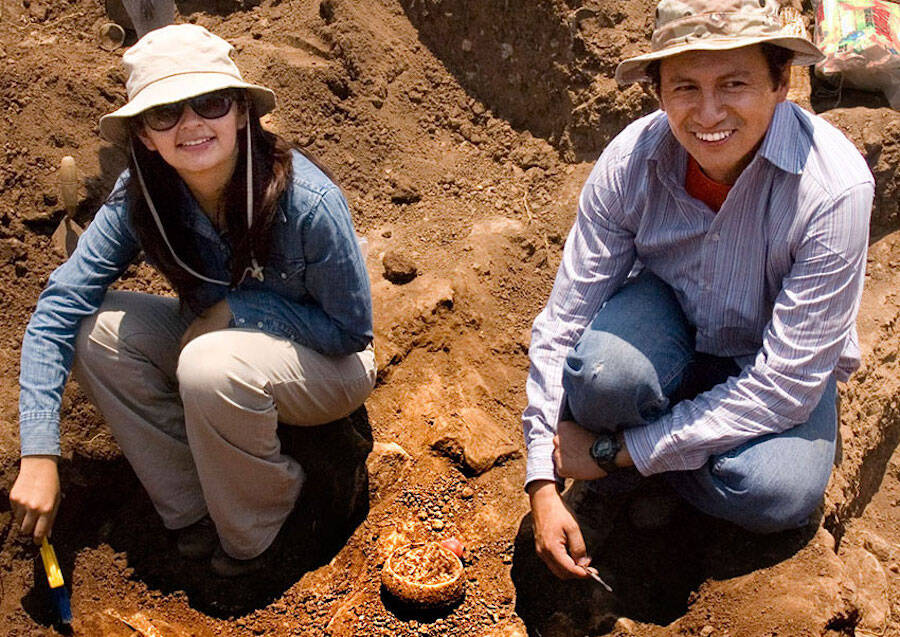 Miguel Novillo, a student of Esparza’s at the Colegio de Michoacán, chose to do his thesis on what he now calls the Guachimontones Fermentation Jars. After chemically analyzing them, Novillo confirmed the presence of carbohydrates and starches from maize within the jugs. But he also found starch from sweet potatoes, which he posited were used because of their high sugar content which would have sped up the fermentation process.

Further analyses showed that some of the jars had been used over a fire while others were used strictly for fermentation or storage for the final product.

“It may seem surprising, but it appears that jars of this size were commonly used in those days and every home may have had not just one, but two or three jars this size,” said Esparza. “In our excavations, we have normally found these pots all in pieces, not well preserved like our big jar, which we found 85 percent intact.”

But perhaps the most amazing discovery at the 10-meter site was that the pieces they found were from every archaeological period from the pre-classic to the post-classic. “This was highly important,” Esparza said, “as it seemed to indicate that — contrary to our previous beliefs — the Teuchitlán civilization did not suddenly die out. It’s obvious that this site had been continuously inhabited for over 2,000 years.” 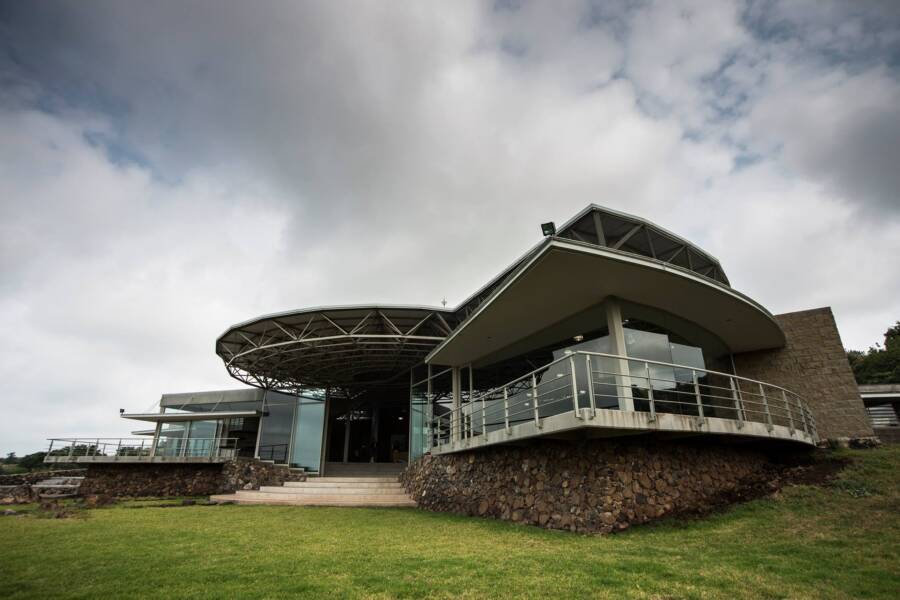 FacebookThough the Guachimontones Interpretive Center is currently closed due to the COVID-19 pandemic, Esparza hopes to display the fermentation jars there once things return to normal.

In a frustrating turn of events, the jar was in the middle of being readied for transportation to the Guachimontones Interpretive Center when the COVID-19 pandemic hit.

“When things go back to normal,” said Esparza, “the jars will be delivered to the museum and we hope to create an exhibition on tejuino and the other fermented drinks used in pre-Hispanic times and during the first years of the colonial period.”

Further studies might determine whether tejuino was a staple in every household or merely reserved for festive gatherings Weigand called “mitotes.” Until then, the drink is still widely available across Jalisco, Chihuahua, Guadalajara, and other Mexican cities.

Tejuino brewer Osmar Carmona makes a non-alcoholic version but explained that other sellers ferment it until it reaches an alcohol content of up to five percent. Carmona believes that the drink is not only a delicious beverage but also a healthy alternative to supplements or Kombucha-like products.

“If you drink it regularly, it will replace the pathogenic bacteria in your colon with probiotics: live bacteria and yeasts that are good for you and will keep your tripas healthy,” he recommends.

Next, read about this ancient Canadian settlement that’s older than the pyramids. Then, learn about the brewers who used yeast found in a 220-year-old shipwreck to create the “world’s oldest beer.”