There are still no answers as to how so many vultures, some endangered, just dropped dead. 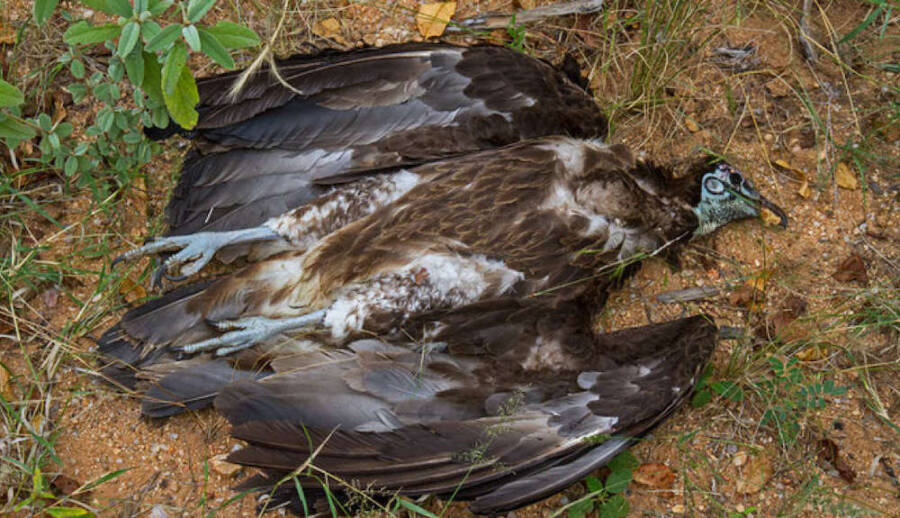 A minimum of 648 vultures have been found dead in a Guinea-Bissau nature reserve over the last few weeks. The reason why is still currently eluding experts. Researchers have speculated that this mass death could be a “catastrophic blow” to the reserve, as many species there are verging on extinction as it is.

“A vulture conservation disaster is currently occurring in Guinea-Bissau with over 600 vulture deaths this week,” the international non-profit Vulture Conservation Foundation (VCF) wrote on Facebook. “It started with 200, then 400, and the current death toll is at 648 mortalities.”

When these initial numbers came out in February, the VCF believed that the vultures had perhaps been poisoned by consuming a toxic carcass. Such cases are purportedly common in the region, according to IFL Science, and are “usually due to human-wildlife conflict with predators,” said André Botha, manager of the Endangered Wildlife Trust Africa’s Vultures Programme.

The VCF does not yet have evidence to support this theory, however.

An informative look at the Vulture Conservation Foundation and its global mission.

Further adding to the mystery was the discovery that this was not a localized incident — dead birds were reported throughout several other areas.

Poisonings are typically isolated to one spot. As such, researchers have to determine whether the cause could be a disease or an extreme weather anomaly.

Most distressing is that the population of African vulture species has dramatically dropped in recent years. The International Union for Conservation of Nature (IUCN) classified three of these species as Endangered — and four as Critically Endangered.

The Hooded vulture (Necrosyrtes monachus) species has been most affected by this recent event.

Vultures are essential for ecosystems like this, as they rid the environment of carcasses that would otherwise spread disease. As it stands, the authorities in charge decided to incinerate 135 of the vulture carcasses to reduce that risk. 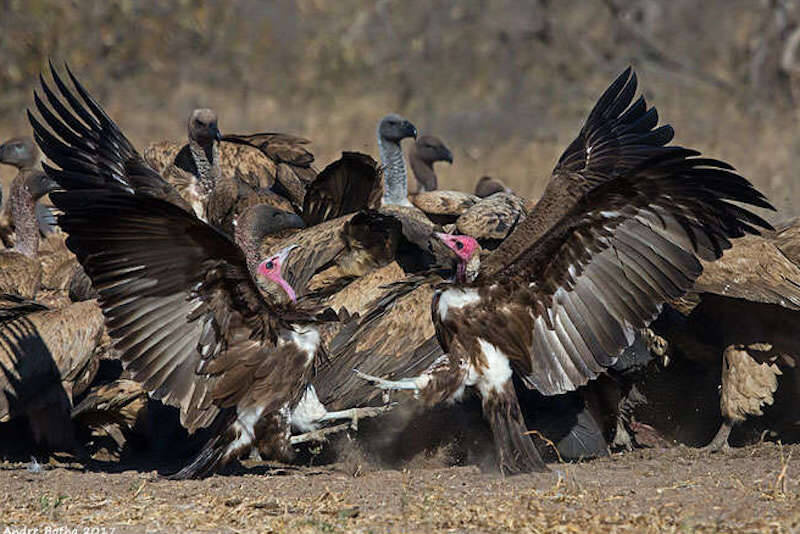 André Botha/VCF135 vulture carcasses have already been incinerated to prevent the potential spread of disease.

“The authorities so far have been very responsive and acted quickly — this needs to be maintained until the cause of mortality is found,” said VCF director José Tavares.

At this point, the VCF is working with the World Health Organization to determine whether or not these deaths pose a threat to human health.

The VCF explained that it has collected samples from the dead birds which will be analyzed in a Ghanaian laboratory for cause of death.

The VCF plans on continuing to incinerate the remaining carcasses in order to curb as much risk to public health as possible.

After learning about the mysterious death of over 600 vultures in Guinea-Bissau, read about 40 tiger cubs that were found dead at a popular tourist destination in Thailand. Then, check out 15 times animals got their revenge on poachers.