The Marquise de Montespan had the heart of the king, but it was rumored that she'd used black magic to get it.

Françoise-Athénaïs de Rochechouart, the Marquise de Montespan, had just about everything one could want in 17th-century France. She was mythically beautiful, had a razor-sharp wit, and possessed the love of the king.

Theirs was a rococo love of pleasure gardens, drawing rooms, and decadent banquets. Despite all this, it was said that Madame de Montespan wanted more: a seat on the throne.

That throne, however, was occupied by the king’s wife Marie-Thérèse of Austria. It was believed that the Marquise de Montespan so desperately craved queendom that she would stop at nothing, even ritual child sacrifice, and cannibalism, to get it. 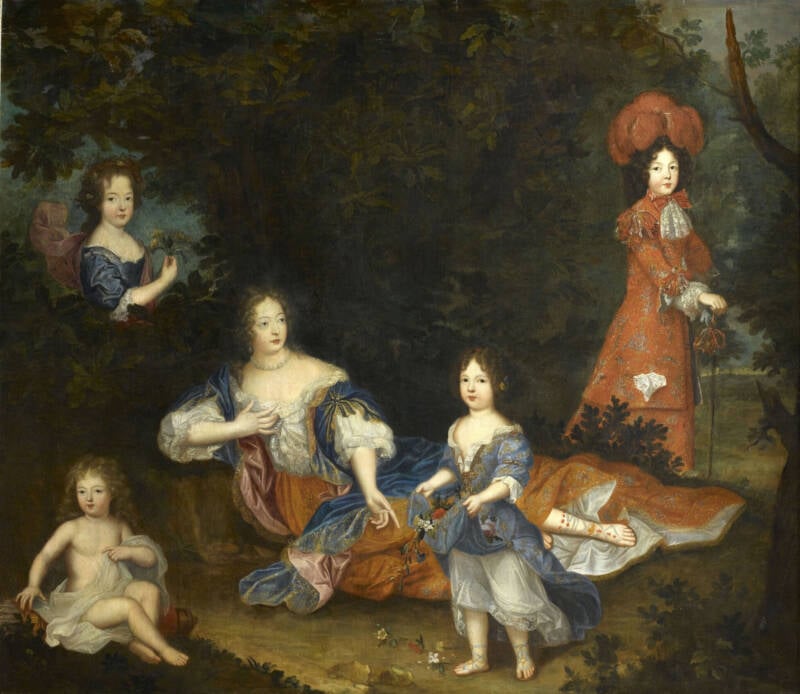 Wikimedia CommonsKing Louis XIV would legitimize three of their seven children together.

At least, that’s what the rumors have had to say about her. Centuries of murky records and hearsay have blackened Françoise-Athénaïs de Rochechouart’s name and it can be difficult to ascertain the truth.

Who really was Madame de Montespan, the unofficial Queen of Versailles?

The Origin Story Of The Marquise De Montespan

The Marquise de Montespan was destined for greatness. She was born as the result of a convergence between two of the oldest noble families in France, the Mortemarts and the Marsillacs. She was beautiful and had a devilish sense of humor. Indeed, it was said that she’d inherited her family’s famously charming Mortemart wit.

She had “the gift of saying things both amusing and singular, always original, and which no one expected, not even she herself expected them,” said the Duc de Saint Simon according to The Life of Louis XIV’s Mistress Athénaïs: The True Queen of France by Lisa Hilton.

But perhaps most important to her character, the marquise also possessed the self-confidence to recognize that she was special. She wrote in her memoir:

“I was not slow to perceive that there was in my person something slightly superior to the average intelligence — certain qualities of distinction which drew upon me the attention and the sympathy of men of taste. Had any liberty been granted to it, my heart would have made a choice worthy alike of my family and of myself.”

The marquise married another, albeit absentee, nobleman in the French court named Louis Henri de Pardaillan de Gondrin, the Marquis of Montespan. They had two children together and the marquis became loudly jealous of his wife’s growing relationship with the king.

Becoming The “True Queen Of France” At Versailles 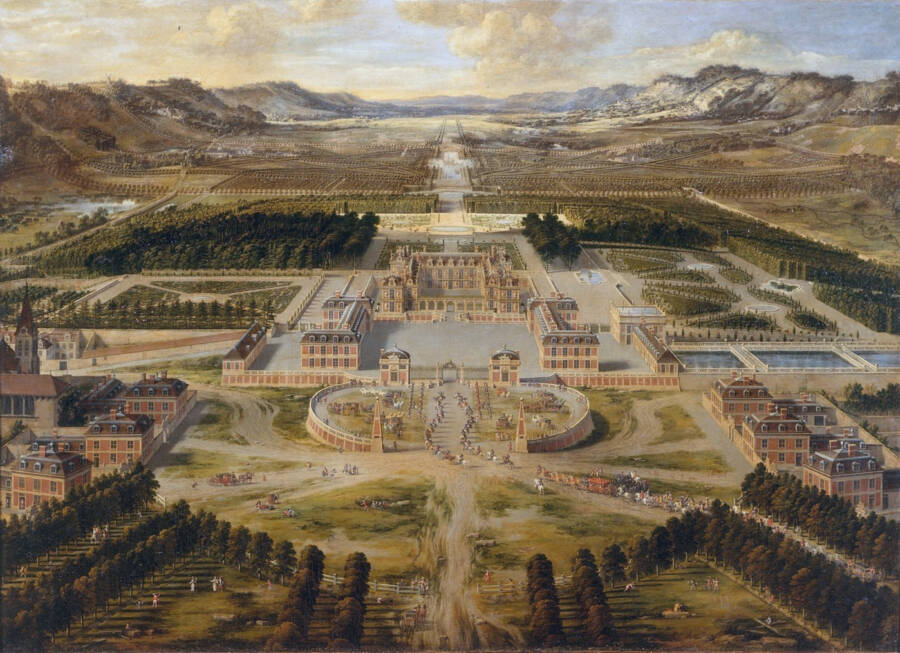 Wikimedia CommonsVersailles was the Marquise de Montespan’s domain and she was consequently referred to as “the Queen of Versailles.”

During this time in France, it was an accepted practice for kings to effectively have two wives: one for politics (the queen) and one as a social companion (the maîtresse-en-titre ). This practice had existed for some time and was all but an official court position.

When the king fell for Madame de Montespan, the marquis responded with ire. He openly challenged the king and held a symbolic funeral for his wife in front of his children. He was briefly imprisoned for his behavior and exiled to his home.

Meanwhile, King Louis XIV established apartments for Madame de Montespan that were joined with his own. There were private entrances installed for easy rendez-vous. The seven children the king and the marquise had together were spirited away and raised by Françoise Scarron, Marquise de Maintenon, and the widow of a famous poet, who would become the future rival to the Marquise de Montespan.

The king would come to formally recognize at least three of the seven children he had with Madame de Montespan, allowing them to establish themselves in high ranks in courtly France as well, but not quite as high as their mother. Meanwhile, the marquise legally separated from the marquis in 1674. 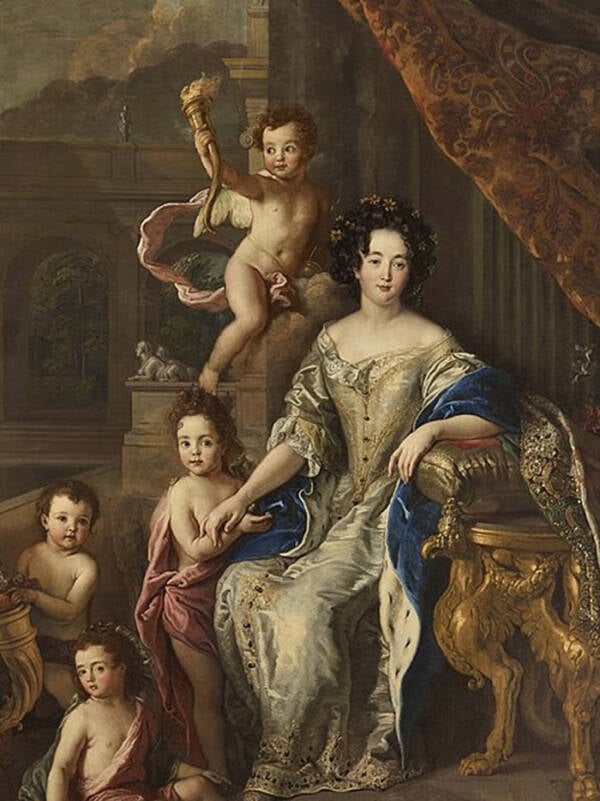 Wikimedia CommonsThe Marquise de Montespan with her legitimate children by her husband, the Marquis de Montespan. The marquis went a little wild when he found out about his wife’s infidelities with the king, and had his children hold a symbolic mass of the dead for her.

According again to the Duc de Saint Simon, the marquise: “became the epicenter of the court, its pleasures and its fortunes, a source of both hope and terror for ministers and generals.”

Of course, this kind of power is seldom without a price, particularly for women in history. Like Marie-Antoinette after her, the Marquise de Montespan’s proximity to power was just kindling for her critics.

As the maîtresse-en-titre, Madame de Montespan represented all that was hedonistic and amoral about Versailles. While this reputation undoubtedly made her desirable to men, it was also damning in an overwhelmingly Catholic 17th-century France. 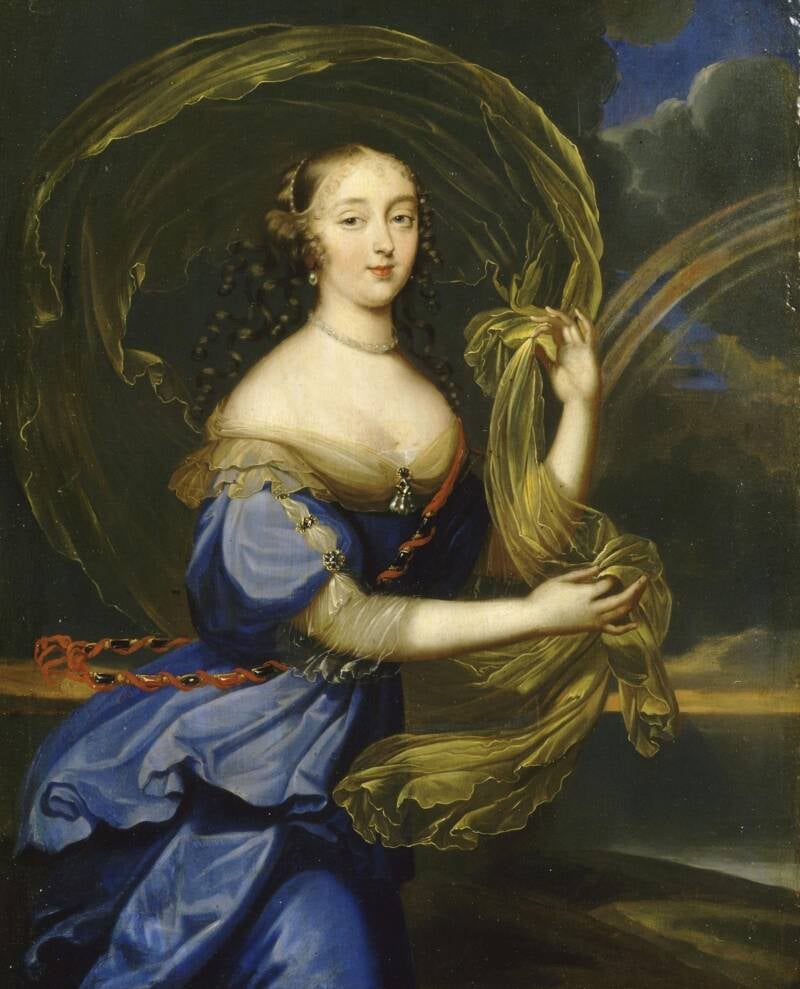 Wikimedia CommonsA portrait of Madame de Montespan in the Louvre.

Indeed, the religious elements of the court didn’t always take kindly to the king and his favorite mistress’s earthly affections.

“Is this the Madame that scandalizes all France? Go abandon your shocking life and then come throw yourself at the feet of the ministers of Jesus Christ,” the Father Lécuyer allegedly decried.

But far more damning to the Madame de Montespan’s reputation than the casual remarks of priests was her implication in the Affaire des Poisons scandal.

Allegations Of Bloodlust, Infanticide, And Conspiracy To Kill The King

Madame Catherine Monvoisin, also called Lavoisin, was a Paris potion maker. Some would call her a witch or more specifically, “the Witch of Paris.”

For a fee, she’d covertly concoct love potions and poisons as a means of garnering clout in court. She profited from unrequited or spurned love and once even remarked: “What a boon it is to our profession when lovers resort to desperate measures.” 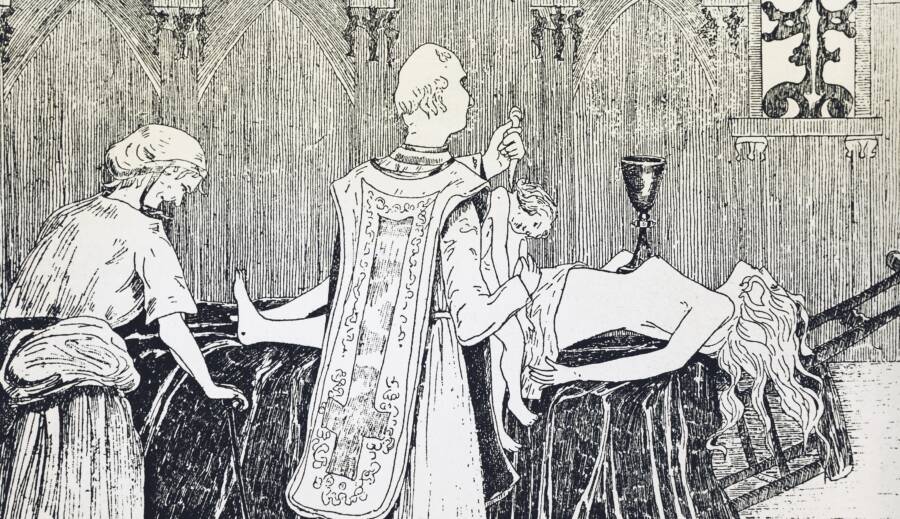 DeAgostini/Getty ImagesAn illustration of the alleged black mass that Madame de Montespan held. She reportedly called upon the devil to possess the heart of the king by slaughtering a child. She is drawn here on the altar.

She also acted as a midwife, provided secret medical procedures, and performed abortions.

Meanwhile, members of King Louis XIV’s court were inexplicably dying and when disinterred, were found with blackened intestines as if they’d been poisoned. Versailles was in an uproar and the king was forced to launch an investigation. From 1677 to 1682, 319 subpoenas were issued, 194 individuals arrested, and 36 executed. The affair proved more deadly than Salem.

In 1679, the Witch of Paris was brought before the investigative tribunal. When the king’s authorities searched her home, they allegedly found infant bones in her garden, which an associate of Madame Monvoisin’s said were actually from abortions. Whether or not this search actually transpired, however, remains in contention. 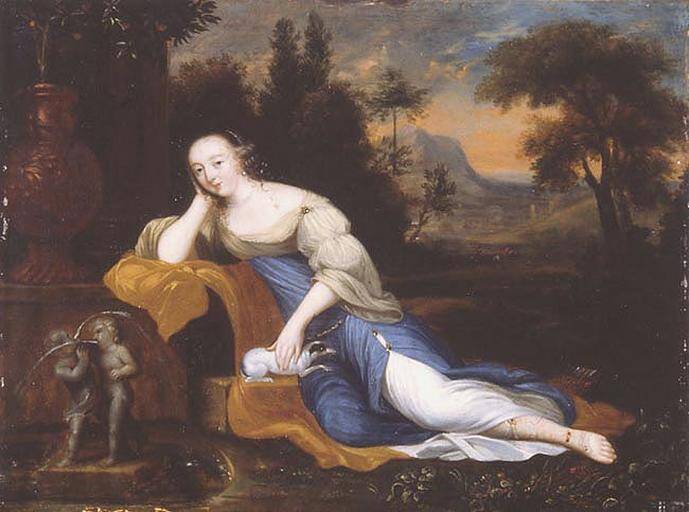 Wikimedia CommonsThe Affair of the Poisons blackened the “real Queen of France’s” name, but she fared better on trial than other women who were burned at the stake for witchcraft.

On trial, La Voisin reportedly denied that the Marquise de Montespan played any role in her sundry poisonings or alleged sacrifices. But the potion maker’s partner, Adam Coueret, also known as Lesage, pointed his finger at the marquise. He said she had come to him and La Voisin and conspired with them to kill a rival of her’s for the king’s love.

After La Voisin was publicly burned at the stake for witchcraft, her daughter Marguerite Monvoisin, provided even more damning testimony against the marquise:

“Every time something new happened to this lady and she feared the good graces of the king were diminishing, she advised my mother of it so she could bring a remedy.”

Marguerite Monvoisin spun tales of black masses, of the marquise offering herself naked on an altar to the Devil, of her then twisting and writhing on a pulpit, drinking the blood of babies, and even leaving the remains of a murdered infant in the king’s food to bewitch him.

As for the king himself, he either believed the marquise innocent or wanted to spare their children the humiliation of her case, and so she was not prosecuted for these allegations. 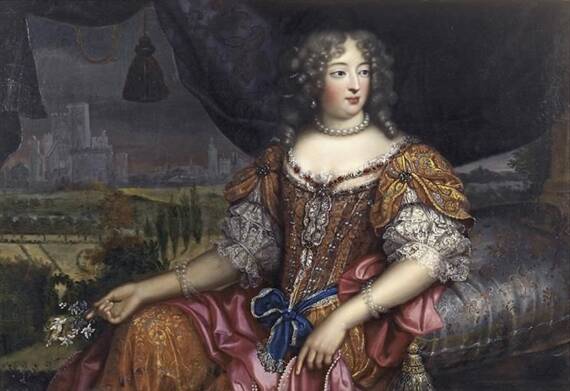 Could the enchantress truly have done these things? Perhaps, but historians find it unlikely. Hilton pointed out that Monvoisin painted the picture of a tall, dark lady, where the marquise was petite and blonde.

Madame de Montespan died at 66 in 1707 after living her final days in penance.

The name Françoise-Athénaïs de Rochechouart, the Marquise de Montespan, was blackened by her association with witchcraft, but she once reigned in the heaven on earth of the French court as the Queen of Versailles.

For more tales from 17th and 18th-century Europe, check out some masterpieces from the decadent rococo art movement. Then, explore the scandalous life of Queen Anne and her love affair that inspired ‘The Favourite.’