The Rococo Art Movement That Dominated The Seventeenth & Eighteenth Century 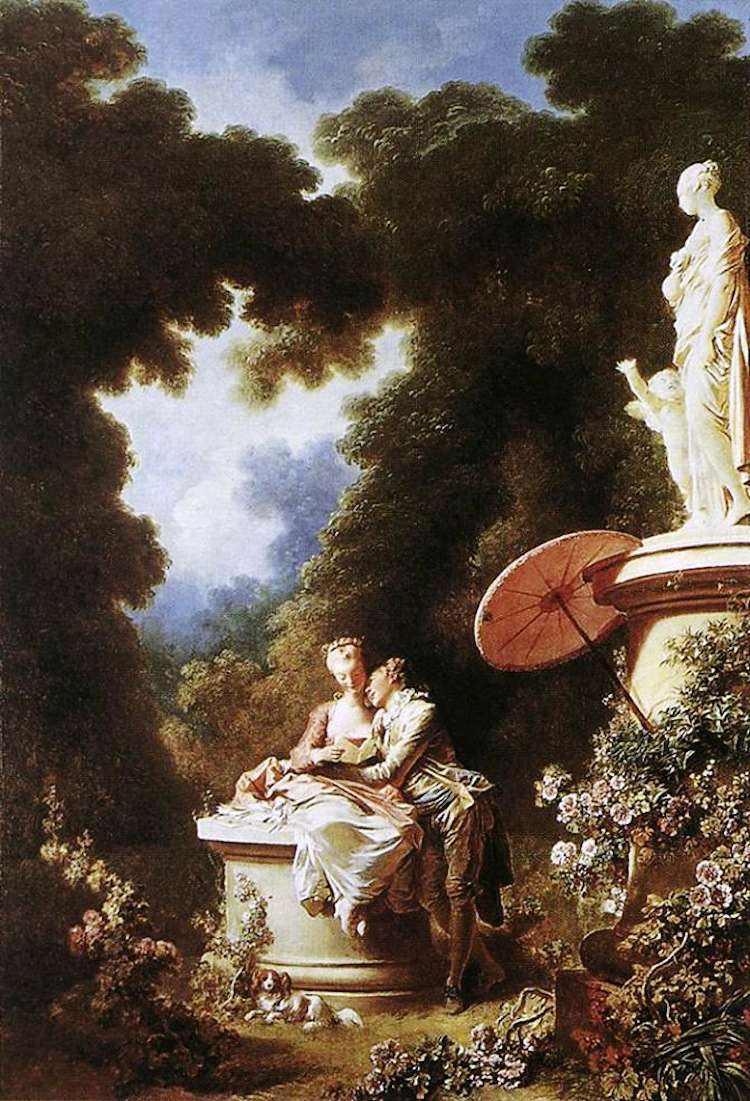 The Confession of Love

The Rococo movement was an artistic period that emerged in France and spread thrartisticoughout the world in the late 17th and early 18th century. The word is a derivative of the French term rocaille, which means “rock and shell garden ornamentation”.

It began in 1699 after the French King, Louis XIV, demanded more youthful art to be produced under his reign. It is also referred to as Late Baroque because it developed as Baroque artists moved away from symmetry to more fluid designs.

The Rococo art movement addressed the most important controversy of the time – color versus drawing – and combined the two to create beautiful pieces. Artists of this period focused more on attention to detail, ornamentation and use of bright colors.

Rococo furniture and architecture was defined by a move away from the austere religious symmetrical designs of the Baroque. Instead, they focused on secular, more light-hearted, asymmetrical design, while continuing the Baroque penchant for decorative flair. 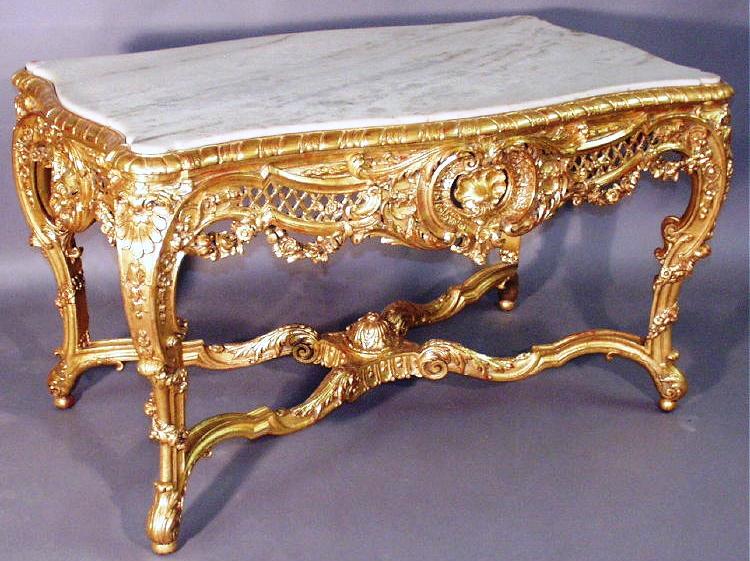 In art, light colors, curvaceous forms and graceful lines became characteristic of the Rococo movement. Canvases were adorned with cherubs and myths of love, while keeping with the jocular trend of the period, portraiture was also popular.

The Rococo artists moved away from the intense dramatics of the Baroque period and became more playful in their works. Although many artists flourished during the Rococo period, the most renowned are François Boucher, Jeane Antoine Watteau and Jean-Honoré Fragonard.

Jean Antoine Watteau is considered the father of the Rococo art and influenced all other artists with his mastery. He created works that were innovative in their asymmetrical design and chose to paint idyllic, happy scenes. Most of his art focuses on exuberant people dancing around and enjoying themselves in a beautiful setting.

This imagery became known as its own genre – fêtes galantes. Although he died at a young age, his lucid, fluid work is said to have revived the Baroque movement, invented the Rococo movement, and planted the seed for successive art movements including Impressionism. 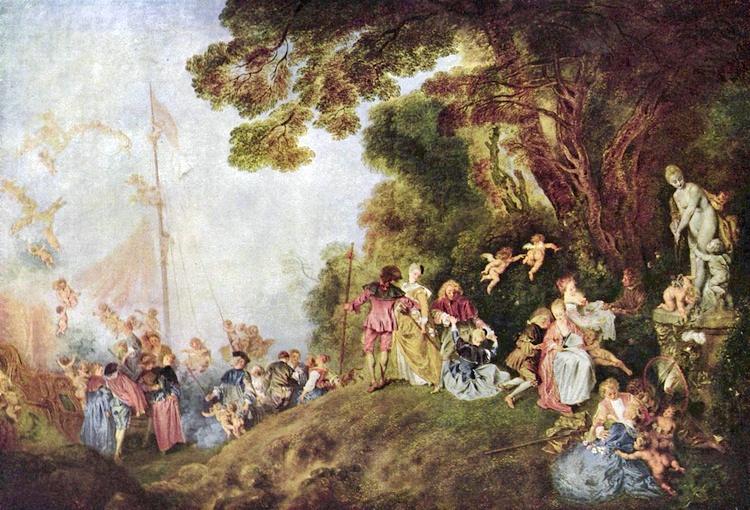 The Embarkation for Cythera 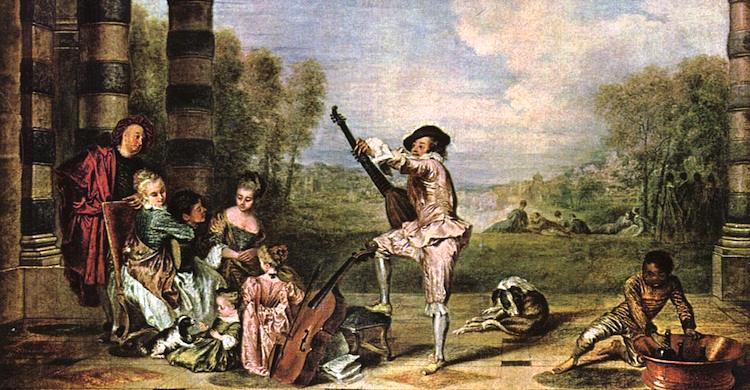 The Delights of Life 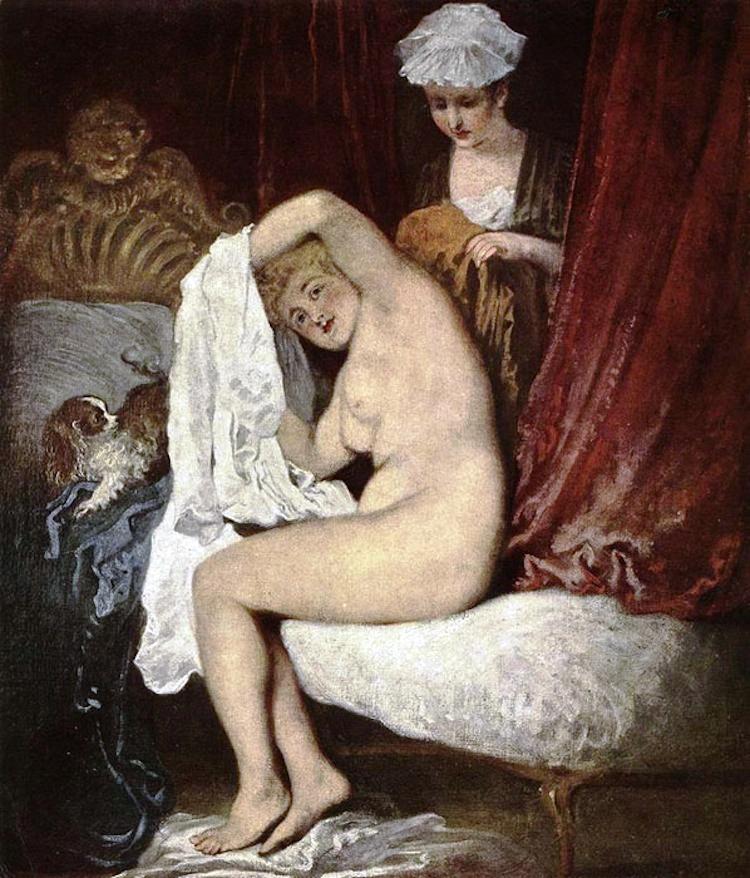 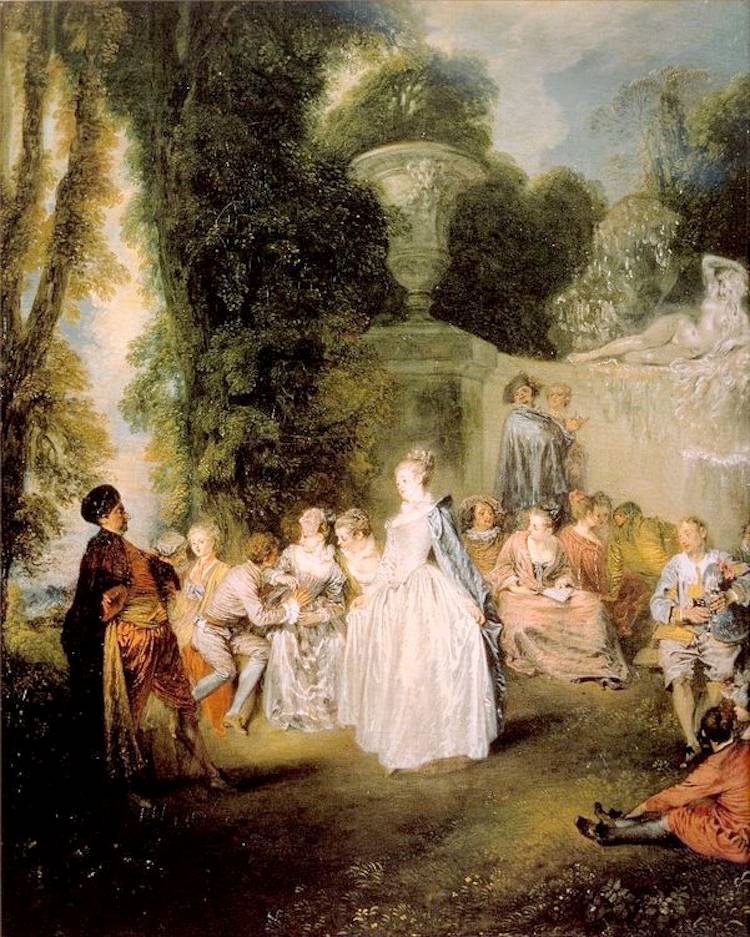 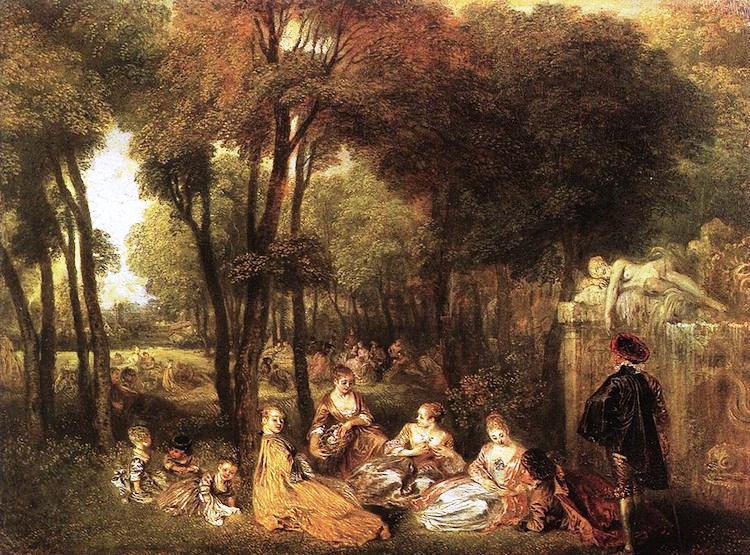