"I couldn't believe it. Three and a half hours, with two rods, trying to get this necklace, was amazing. Hook, line, and sinker, I guess. He did it." 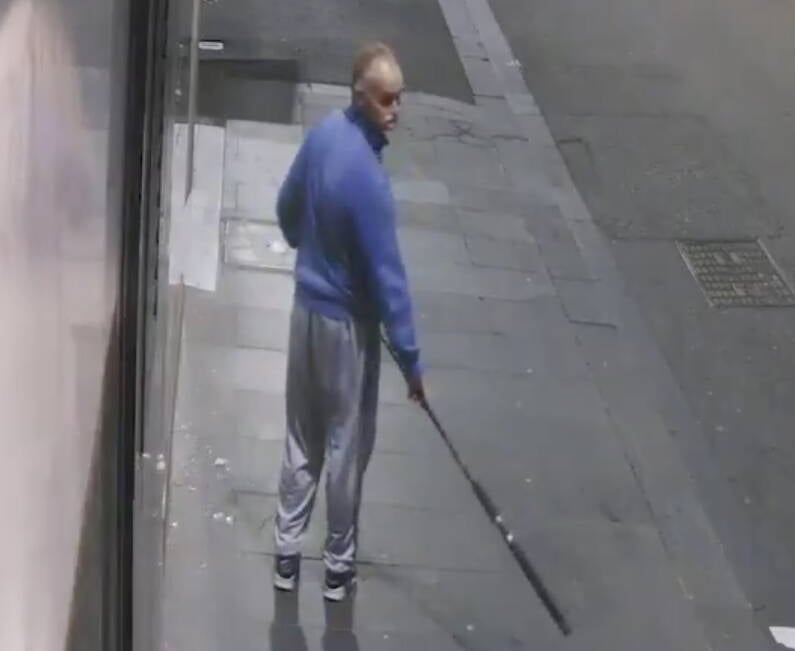 Victoria PoliceThe man took more than three hours to successfully fish the $800 necklace out of the store.

Give a man a fish and you feed him for a day. Teach a man to fish and he’ll steal a Versace necklace from a high-end fashion store using a fishing rod. According to CNN, that’s exactly what a one unidentified man did in Melbourne, Australia last week.

The daring heist happened in the middle of the night on Feb. 24. Surveillance footage shows the man approaching the store, Le Style, with two rods just after 2 a.m. Authorities believe he’d made a hole in the storefront window earlier and then came back to finish the job.

After looking around to make sure nobody was watching, the suspect slid his fishing rod through the hole and underneath the necklace on the mannequin’s neck to remove it. Of course, he didn’t quite manage to catch the $800 piece of jewelry on the end of his rod on his first try.

WATCH: Security footage shows a man using a fishing rod to remove a Versace necklace from a mannequin within the store just after 2am. pic.twitter.com/9S103jZjv4

“It appears that the burglar was fishing for about three hours before landing his catch,” the police said in a statement.

“I couldn’t believe it,” said Le Style owner Steven Adigrati. “Three and a half hours, with two rods, trying to get this necklace, was amazing. Hook, line, and sinker, I guess. He did it.”

Adigrati even said how impressed he was with the thief’s efforts.

“It’s pretty outrageous and courageous,” he said. “To think he went back once, then twice, with a fishing rod and a hook, to make a little hole in the window then capture that necklace, I was pretty shocked.” 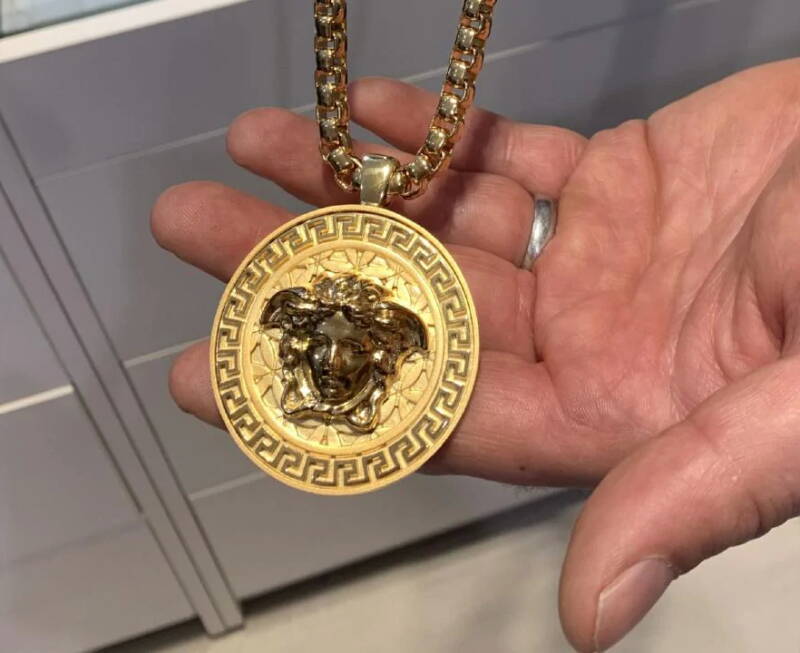 Unfortunately for the thief — who police described only as white, 40 to 50 years old, short-haired, and about 5’9″ — the Medusa necklace he stole wasn’t worth as much as he likely thought.

“This particular necklace looks a lot more expensive than what it is, so obviously the temptation was there: gold, bright, iconic Medusa head, so that would have been the temptation,” said Adigrati. 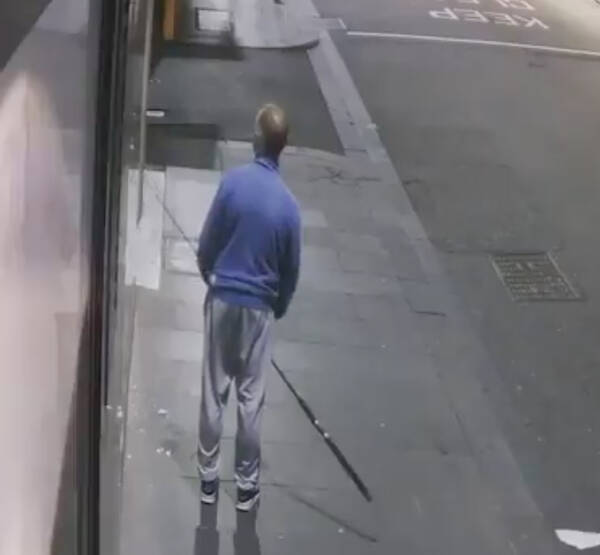 Victoria PoliceThe culprit has yet to be found or even identified.

Furthermore, the resourceful fisherman did leave one clue behind in the form of a hook from his fishing line. While that’s unlikely to help authorities crack the case, they have made both their suspect description and footage of the crime publicly available, perhaps allowing someone to come forward with a tip.

Nevertheless, as of now, even the police were somewhat impressed by the thief.

“It’s fairly blatant and it’s quite bold as well,” said Detective Senior Constable Bede Whitty. “I’ve not seen someone use a fishing rod to commit a burglary in the past.”

Next, learn about thieves pulling off a heist of the Swedish crown jewels before escaping by speedboat. Then, read about how one man stole $500,000 from a Las Vegas casino and got away with it.