Luftwaffe fighter pilot Hans-Joachim Marseille may have racked up 100 aerial victories during World War II, but that didn't stop him from mocking his Nazi overlords. 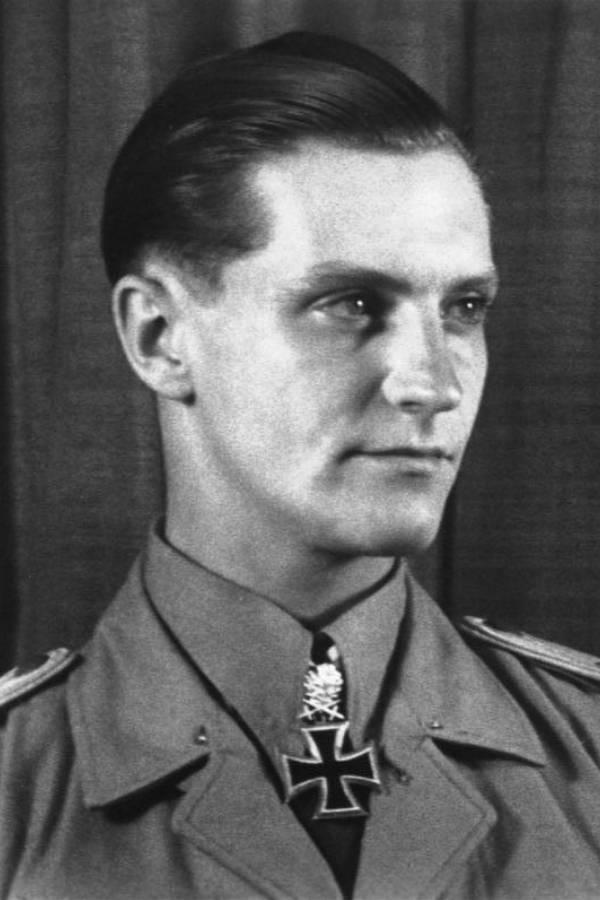 During World War II, the Luftwaffe was one of the German Army’s most valuable assets. While all of the Luftwaffe pilots were potentially deadly, one stood head and shoulders above the rest: Hans-Joachim Marseille.

Marseille was a quiet boy who joined the Luftwaffe as a means to curb his reckless personality and channel it into something useful. To the surprise of many, the young man ultimately proved to be perhaps the most skilled and most feared pilot in the entire Luftwaffe. Soon, he became Hitler’s star flying ace, taking down numerous planes and living to tell the tales.

But, while Adolf Hitler was singing his praises, was Hans-Joachim Marseille secretly denouncing the Nazi regime?

From Troubled Teen To Flying Ace

Hans-Joachim Marseille had a tumultuous childhood, so it was no wonder that he didn’t do well with discipline.

His parents divorced shortly after he was born in Berlin in 1919, and as a result, his relationship with his father suffered. He also suffered from a near-fatal case of influenza as a boy, which caused his mother and step-father to dote on him and shelter him from many common childhood activities and experiences. And when he was a teenager, his younger sister Inge was killed by a jealous lover while he was in Austria, an emotional blow he never recovered from.

As a result of his troubled early life, Marseille was never a star student, often getting into trouble at school and garnering a reputation as a lazy worker. But toward the end of his schooling, something changed. Some uncertain things suddenly drove Marseille to work harder, and by the age of 17, he had miraculously become one of the youngest people to pass his final exams – and with high marks.

It became clear that while he may have been reckless and lazy, Marseille was definitely smart, and just needed something to keep him occupied. By the time World War II rolled around, that thing showed itself in the form of a military career.

When Hans-Joachim Marseille Ruled The Skies 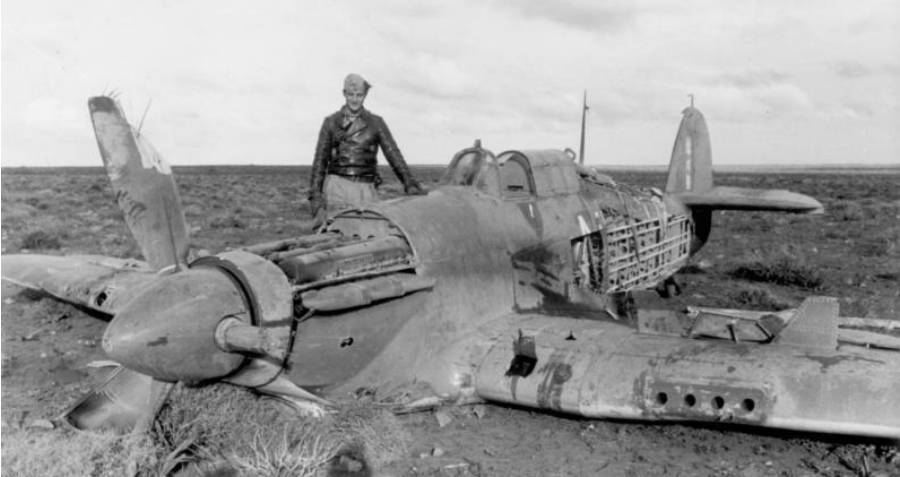 When he joined the military, there was only one thing Hans-Joachim Marseille wanted to do: fly. In 1938, he enrolled in the Luftwaffe, and began his basic military training.

Though military standards of behavior were much higher than they had been for Marseille in lower school, his basic training classmates described the same laziness and disregard for the rules that he had displayed as a child – though this time they reported being in awe of him as well.

Werner Schröer, a fellow pilot, recalled being amazed while watching him fly:

“He was the most amazing and ingenious combat pilot I ever saw. He was also very lucky on many occasions. He thought nothing of jumping into a fight outnumbered ten to one, often alone, with us trying to catch up to him. He violated every cardinal rule of fighter combat. He abandoned all the rules.”

More often than not, Marseille found himself in breach of the code of conduct and thus was ordered to remain on the base while the rest of his class got weekend leave. Of course, Marseille often ignored these orders, resulting in further discipline.

Despite his disregard for authority and his inability to follow orders, Marseille proved himself to be an excellent flier and thus remained in good standing. There were a few setbacks in his career, mostly due to his own pompousness – he once landed mid-flight tour to relieve himself in a field and, upon takeoff, trapped several farmers in his slipstream resulting in a suspension – but for the most part he amazed his superiors with his skill. He ultimately ended up earning top marks in fighter pilot school, and graduating in the top five of his class.

From 1940 to 1942, Hans-Joachim Marseille flew excellently, out-smarting, out-maneuvering, and out-flying everyone who challenged him. Within those two years, despite regularly disobeying orders, routinely breaking from formation, and putting himself and others in danger, he achieved 100 aerial victories. He was one of just 11 Luftwaffe pilots at the time to do so.

When others asked him of his flying tactics, his pompous attitude showed through his sheer skill shone through. Fellow pilot Hans-Arnold Stahlschmidt recalled a conversation he had with Marseille, during which the latter had explained his tactics:

“I often experience combat as it should be. I see myself in the middle of a British swarm, firing from every position and never getting caught. Our aircraft are basic elements, Stahlschmidt, which have got to be mastered. You’ve got to be able to shoot from any position. From left or right turns, out of a roll, on your back, whenever.

Only this way can you develop your own particular tactics. Attack tactics, that the enemy simply cannot anticipate during the course of the battle – a series of unpredictable movements and actions, never the same, always stemming from the situation at hand. Only then can you plunge into the middle of an enemy swarm and blow it up from the inside.”

Other pilots recalled Marseille’s tactics with awe, citing the ease with which he seemed to pull off advanced maneuvers. One pilot, Rainer Pöttgen, who served as his wingman recalled one particular moment in detail:

“All the enemy were shot down by Marseille in a turning dogfight. As soon as he shot, he needed only to glance at the enemy plane. His pattern [of gunfire] began at the front, the engine’s nose, and consistently ended in the cockpit. How he was able to do this not even he could explain. With every dogfight he would throttle back as far as possible; this enabled him to fly tighter turns. His expenditure of ammunition in this air battle was 360 rounds (60 per aircraft shot down).”

Fighting For The Nazis While Denouncing Nazism

Though he may have been fighting for Hitler’s Nazi Germany, Hans-Joachim Marseille was no fan of the Führer.

According to biographers Colin Heaton and Anne-Marie Lewis, who spent extensive time researching Marseille, the pilot was “openly anti-Nazi,” going so far as to publicly express his dislike for Hitler. 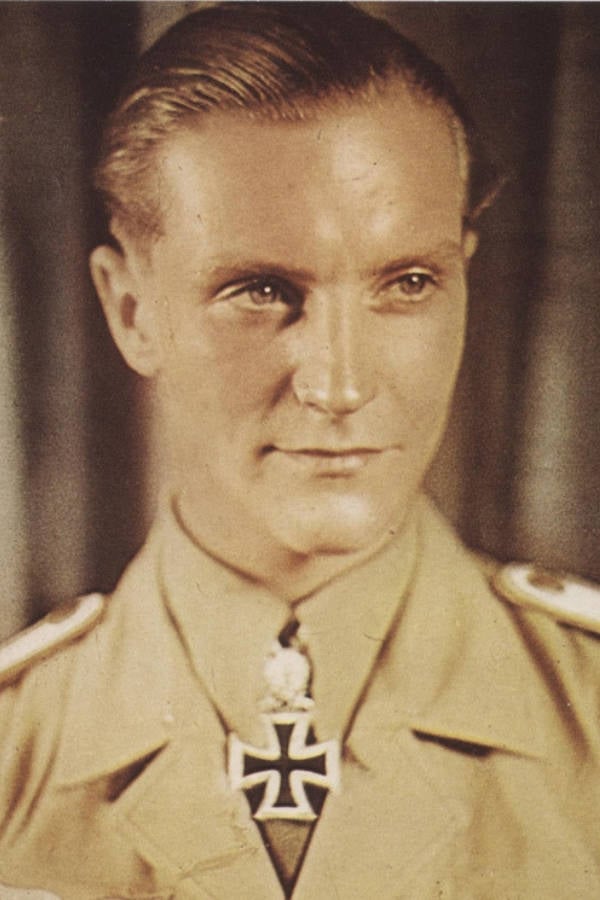 After meeting Hitler in 1942, Marseille spoke to his friend Eduard Neumann about the meeting. Neumann recalled that Marseille was unimpressed: “After his first visit with Hitler, Marseille returned and said that he thought ‘the Führer was a rather odd sort’.”

Marseille, not a member of the Nazi party, was also recorded as saying disapproving things of Hitler, even while in the company of SS officers. When asked if he would ever consider joining the Nazi party, Marseille responded “that if he saw a party worth joining, he would consider it, but there would have to be plenty of attractive women in it.”

Heaton and Lewis claim Hitler himself was reportedly hurt by the comments, as well as “puzzled” by them.

When presented with the opportunity to display his anti-Nazi sentiments even further, Hans-Joachim Marseille jumped at it. Being a gifted pianist as well as a gifted pilot, Marseille was once invited to perform at the home of Willy Messerschmitt, a German fighter plane designer. In attendance at Messerschmitt’s party were the Goebbles family, Hermann Goering, and Adolf Hitler himself.

Initially, Marseille followed instructions and played pieces that Hitler had expressed affection for, including Beethoven’s “Für Elise.” Following those performances, however, it seemed Marseille couldn’t resist a public dig at Hitler – knowing full well of the Fuhrer’s disdain for American Jazz, Marseille began playing ragtime on the piano.

The End Of A Legend

In a twist of poetic irony, Hans-Joachim Marseille died as he lived – in the sky. In 1942, Marseille was leading an escort mission through enemy territory when his cockpit began to fill with smoke. His wingmen attempted to lead him back across German lines, but before long the smoke became too much for Marseille to bear.

He radioed to his wingmen to let them know he was going to try to evacuate. “I’ve got to get out now, I can’t stand it any longer,” he told them. As they backed off, they watched him execute a perfect evacuation maneuver, flipping his plane upside down so he could eject. 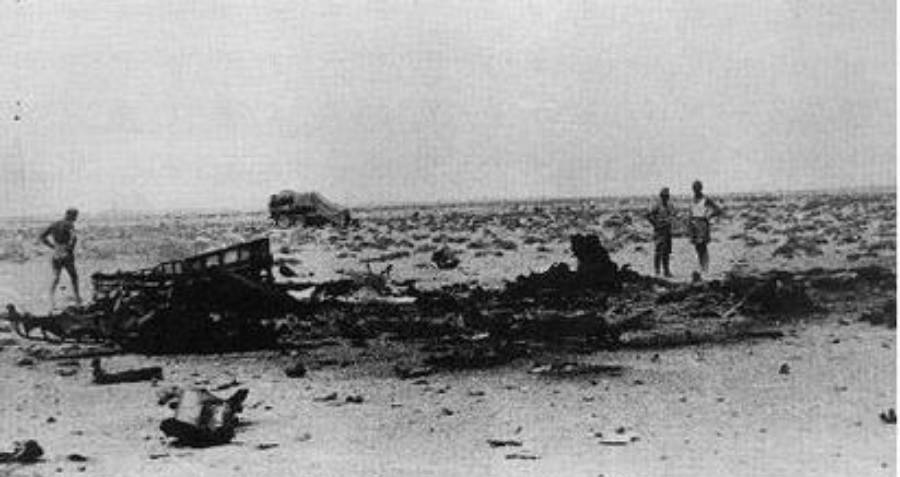 Wikimedia CommonsMarseille’s crash site. The vehicle in the background marks where Marseille’s body was found.

As they watched, they also saw tragedy strike. As Marseille attempted to evacuate his cockpit, he was dragged back by his plane’s slipstream and bounced off of the plane’s tail end. Experts later theorized that the impact killed him instantly as his parachute showed no sign that he had attempted to deploy it.

The respect that the rest of the Luftwaffe had for Hans-Joachim Marseille was evident after his death as morale reached an all-time low. His body was left in the sickbay for his comrades to pay their respects and his favorite song was played throughout camp.

He was then remembered for his debonair attitude, which he got away with thanks to his impeccable track record and numerous awards. Now, however, he is perhaps most remembered as Hitler’s ironically anti-Nazi star flying ace.

After this look at Hans-Joachim Marseille, read up on German fighter pilot Manfred von Richthofen a.k.a. “The Red Baron”. Then, read discover the story of Erich Hartmann, Germany’s deadliest flying ace ever.