How Hazel Lee Became The First Chinese American Woman To Fly For The U.S. Military

Born in Oregon to immigrant parents, Hazel Ying Lee made history when she earned her pilot's license in 1932 and later flew for the U.S. military during World War II.

Hazel Lee broke barriers at a time when they couldn’t have been any more firmly entrenched. The daughter of two Chinese immigrants, she was the very definition of proactive. Lee was so enamored with her first flight in 1932 that she got her pilot’s license months later — and became one of the first Chinese American women to do so.

It was a time of rampant sexism and — widespread anti-Chinese bias. Lee navigated both with the same precision she would employ during World War II. When Japan invaded Manchuria in 1937, however, Lee set her sights on flying in combat. Unfortunately, not even China wanted female pilots. 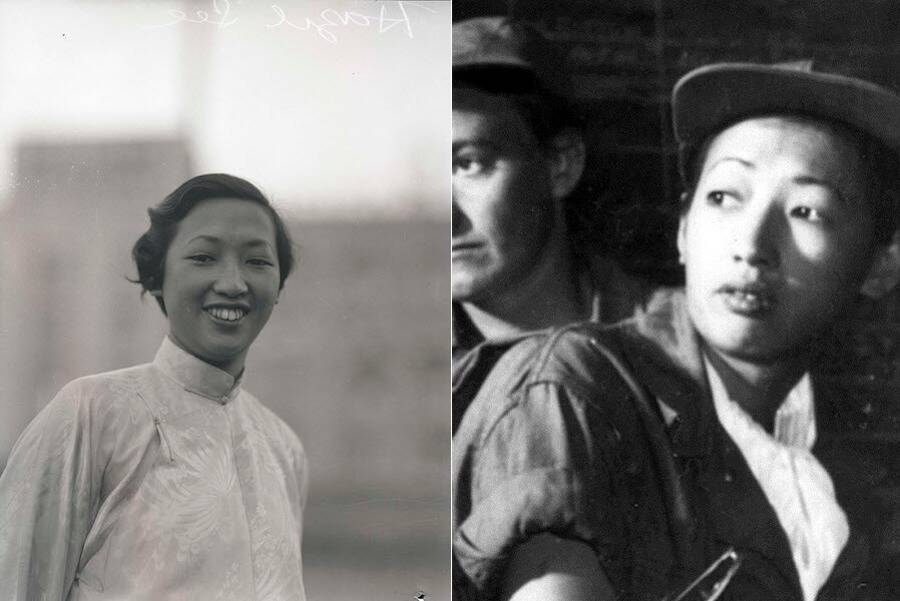 Her preparation finally met opportunity in 1943, as the U.S. military realized it lacked enough male pilots in the wake of Japan’s attack on Pearl Harbor. Their new program, Women Airforce Service Pilots (WASP), was everything Lee had trained for — and made her the first Chinese American woman to fly for the U.S. military.

Hazel Lee Was Frustrated At Her Early Attempts To Fly

Hazel Ying Lee was born on Aug. 24, 1912, in Portland, Oregon. Her parents had emigrated from the Taishan in China’s Guangdong province and owned a restaurant in Portland’s nascent Chinatown. Lee led an active life outside of her chores, with handball matches and races against boys making her a tomboy of sorts.

Upon graduating from Commerce High School in 1929, Lee found work as a department store elevator operator. After her father died in 1932, a friend took her on her first plane ride at an air show — and she finally found her passion.

“If dad had still been here, I don’t think she would have been able to get it,” recalled Lee’s sister Frances Tong. “But she knew that’s what she wanted to do. She didn’t care if it was ladylike or not.” 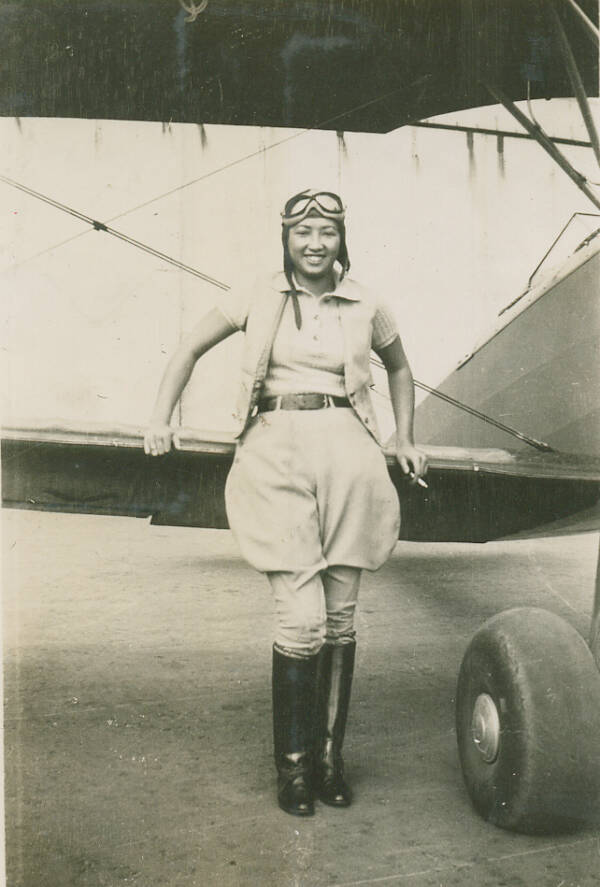 U.S. Air ForceHazel Lee after receiving her pilot’s license in 1932.

Lee was one of only two women at the Chinese Flying Club of Portland and earned her license from aviator Al Greenwood in October 1932. With credentials in hand, but gender-exclusive enlistment still in her way, she decided to travel to China.

Unfortunately, the Chinese Air Force rejected Lee’s offer just the same. She stayed in China, holding a military desk job. After yet another gender-based refusal in July 1937 when the Second Sino-Japanese War erupted, Lee returned home.

She spent years working as a buyer of war materials in New York until she joined the Women’s Flying Training Detachment in the fall of 1942. After the attacks on Pearl Harbor in December, that became WASP — a program dedicated to women like Lee.

Hazel Lee Was The Last Casualty Of WASP

Training at Avenger Airfield in Sweetwater, Texas, began in February 1943 and took six months. Lee was one of 1,102 women in WASP. While the program was designed for female pilots, they would only ferry large shipments of new aircraft from one place to another — and never see combat. Hazel Lee didn’t mind.

“She was in our room more than she was in hers,” recalled WASP colleague A.J. Starr. “She would come bouncing in, laughing, with the latest information or joke. She was always very jolly.”

As she was about a decade older than her peers, Lee naturally became their leader. Completing her training, Lee was stationed at the Romulus Army Air Base in Michigan. She flew planes like the Boeing C-47, which could carry payloads of up to 6,000 pounds.

Lee attended the Pursuit School in Brownsville, Texas to qualify as one of 132 women to fly single-engine fighter planes like the Republic P-47 Thunderbolt. She only ever had two forced landings — and on one, a Kansas farmer chased her around his field, terrified she was a Japanese soldier. 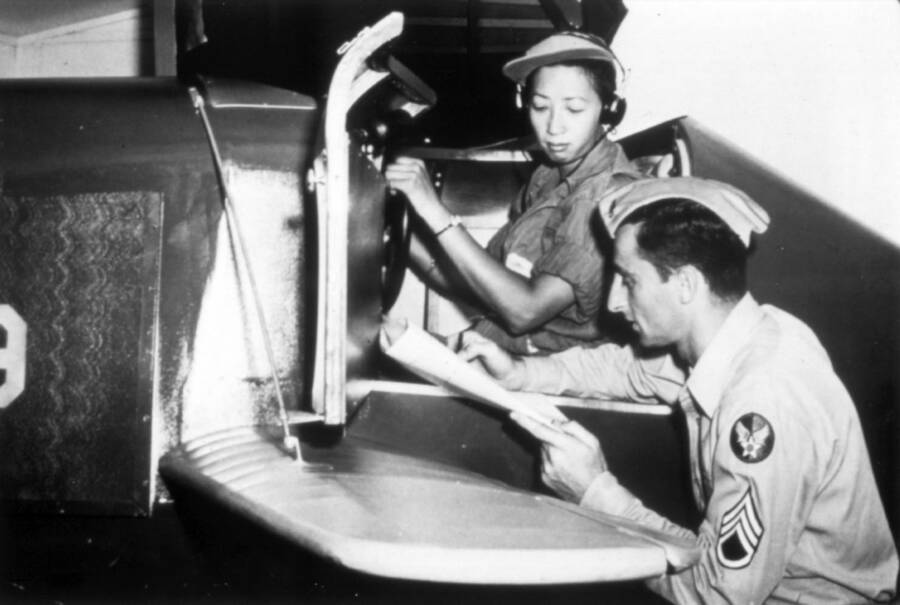 U.S. Air ForceLee during her training in the WASP program.

Despite her strong discipline as a pilot, things went tragically awry in 1944. Lee had been instructed to fly to the Bell Aircraft factory in Niagara Falls, New York, to pick up a P-63 and transport it to Great Falls, Montana.

Despite the simple order, Tong recalled her sister’s exhaustion in a letter that fall. Lee was flying seven days a week, and wrote her sibling pondering what might happen to her. On Nov. 23, the worst possible answer arrived.

Lee’s sizable P-63 had been cleared to land just as dozens of other P-63s were approaching the Great Falls airstrip. The control tower panicked, failing to reroute pilots in time. Lee collided with another plane upon touching down, and her aircraft was engulfed in flames.

Hazel Lee died at age 33 on Thanksgiving Day, after two days of battling her injuries. She had been one of 1,102 women to dutifully serve in WASP, and was the last of its 38 fatalities.

After learning about Hazel Lee, take a look at 33 disturbing photos of the Japanese invasion of China. Then, learn about eight of the most incredible women in World War II.