In 1993, Heather Tallchief drove off in an armored truck full of millions in Las Vegas casino money, and she wasn't caught until she turned herself in 12 years later. 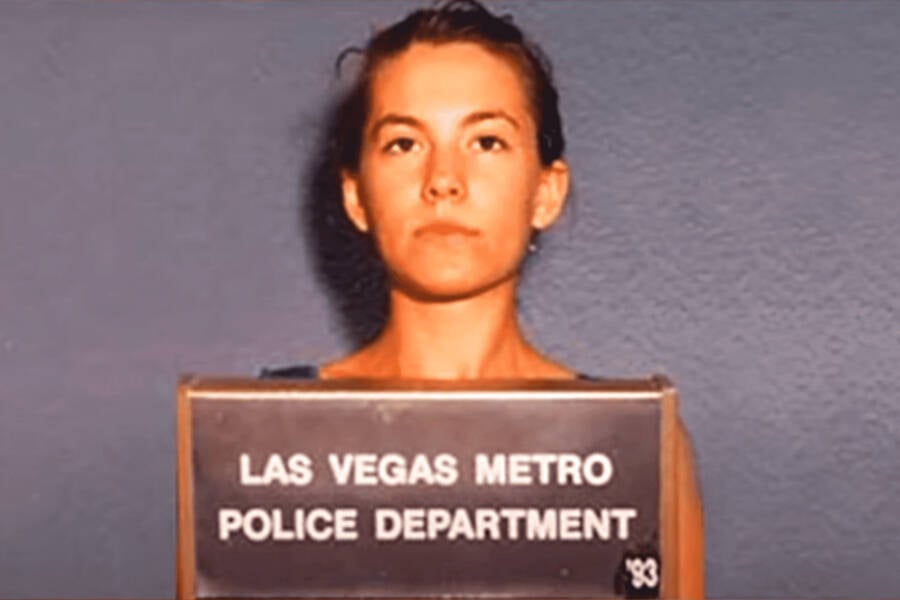 NetflixHeather Tallchief evaded capture until she gave herself up in 2005, while her partner, Roberto Solis, remains at large to this day.

Many Americans celebrate their 21st birthday by legally purchasing alcohol for the first time. But Heather Tallchief had far grander and more illegal ambitions when her 21st birthday came. After finding work for an armored security company in Las Vegas, she stole $3.1 million from a casino — and spent the next 12 years as a fugitive.

The brazen 1993 robbery made Heather Tallchief one of the most wanted women in America. Yet even with the FBI on her trail, she was only charged in 2005, and not because she was caught, but because she walked into a federal courthouse and turned herself in.

The 32-year-old then claimed that her lover, Roberto Solis, had brainwashed her with sex, drugs, and magic — and that she had followed his criminal instructions “almost like a robot.” As chronicled in Netflix’s Heist documentary series, Tallchief claimed Solis split her psyche with VHS tapes that “opened your mind but made you more receptive to suggestion.”

Whether such tales are true or not, the story of Heather Tallchief and her daring casino heist is almost too wild to be believed.

Heather Tallchief was a natural-born member of the Seneca, an Indigenous group of Native Americans that inhabited upstate New York before the American Revolution. Born in 1972, Tallchief was raised in modern-day Williamsville in Buffalo — and battled issues like bullying from an early age. 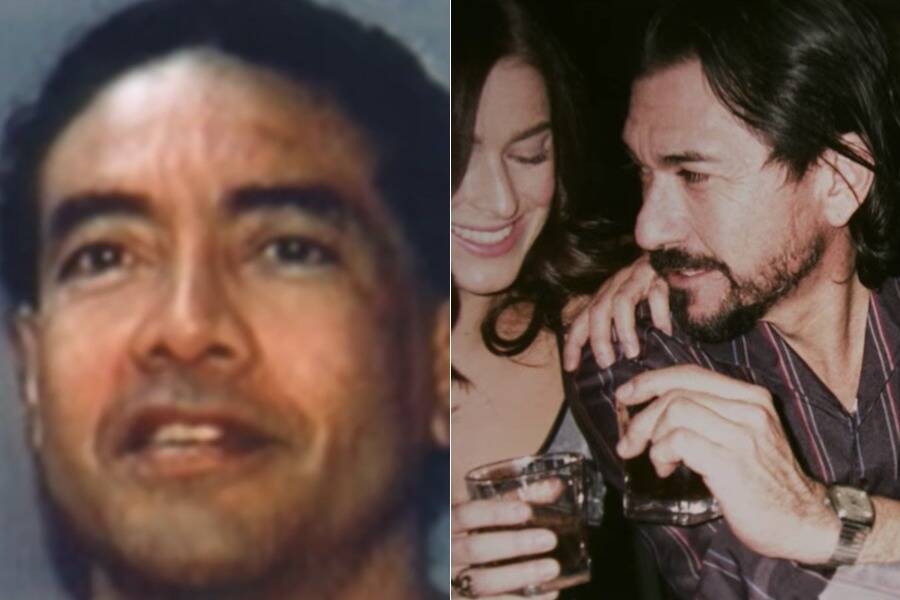 NetflixRoberto Solis’ mugshot from 1969 (left) and him charming an unidentified woman (right).

Her parents were teenagers when she was born and separated when she was just a toddler. Her father’s next girlfriend openly disliked Tallchief, and she was also ostracized at Williamsville South High School. Her father’s home ran rampant with drugs and alcohol, with Tallchief herself eventually gravitating toward punk music and crack cocaine.

She moved to San Francisco in 1987 to live with her mother, later earning a general equivalency diploma. Tallchief became a certified nursing assistant and worked at Bay Area clinics for four years until her growing cocaine use saw her fired. At rock bottom, she met Roberto Solis at a nightclub in 1993.

Solis was born in Nicaragua and had gunned down an armored car guard during a failed robbery in front of a San Francisco Woolworth’s in 1969. While he was sentenced to life in prison, he wrote critically-acclaimed books of poetry under “Pancho Aguila” — and his fanbase successfully petitioned for his release in 1991.

Tallchief was shocked when she entered his apartment, however, as Roberto Solis kept a goat’s head, crystals, and tarot cards on an altar. He asked if she believed in the devil, then offered her cocaine. After convincing her that “sex magick” could manifest all the money they’d ever need, he started training her to fire AK-47s.

How Roberto Solis And Tallchief Pulled Off Their Shocking Heist

When Heather Tallchief met Roberto Solis, she was young, aimless and lacking spiritual purpose. Her newfound lover, meanwhile, was 27 years older and highly experienced in manipulating others. With a sudden sense of trust and security, Tallchief agreed to follow him to Las Vegas in the summer of 1993. 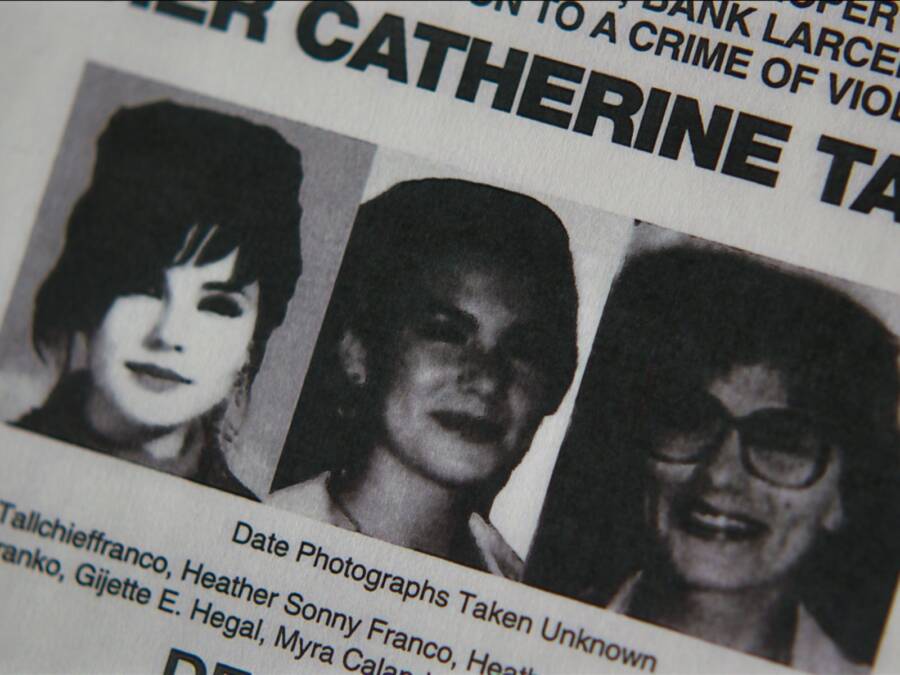 When the couple settled in Nevada, Solis repeatedly urged Tallchief to find employment at Loomis Armored. The company regularly ferried millions in cash between Las Vegas casinos and ATMs. Meanwhile, he was showing her strange VHS tapes, which Tallchief recalled had “lots of swirling colors like a tie-dye t-shirt.”

When Loomis Armored hired Tallchief as a driver, Solis made her memorize a detailed map of where to go and what to do. While Tallchief later claimed to have no recollection of this, she pulled the heist off without a hitch. At 8 a.m. on Friday, October 1, Tallchief drove the armored van to the Circus Circus Hotel and Casino.

The Loomis job was simple: Tallchief, Scott Stewart, and another courier were to drive the van from one casino to another and fill their depleted ATM machines with cash. Stewart recalled that the van was “filled from about a third of the way from the front of the vehicle all the way to the back.” Circus Circus was their first stop.

When her fellow couriers exited the van with money bags for the casino, Tallchief drove off. She was to return to the Circus Circus 20 minutes later, but never did. Stewart thought she had been abducted after thieves robbed the van, particularly when he failed to reach her via radio. He immediately called his boss.

That’s when Las Vegas police sergeant Larry Duis and FBI agent Joseph Dushek got involved and retrieved security footage from the casino. They learned that nobody had robbed the van at all and that Tallchief had stolen it herself. When they got to her and Solis’ apartment, it was empty — and the $3.1 million was gone.

Tallchief drove to a garage she had leased under a fake identity where Solis was waiting to load the cash into luggage and boxes. They initially fled to Denver, before briefly hiding out in Florida and then the Caribbean. The couple then flew to Amsterdam — with Tallchief disguised as an elderly woman in a wheelchair.

While Tallchief hoped to settle on a farm somewhere and leave her fears behind, she found herself working as a hotel maid. She would ask Solis about the money, to which he typically replied: “Don’t worry about it. I’m taking care of it. It’s OK. It’s safe. I’ve got it under control.”

“Saying no to him wasn’t an option,” recalled Tallchief.

Heather Tallchief Turns Herself In — And Explains Why She Did It

Over the years, Solis started treating Tallchief with indifference and moving a roster of other women into their home. When she learned that she was pregnant in 1994, Tallchief remembered feeling “like I don’t want to live anymore. I got to get away, ’cause I wanted to have the opportunity to at least have this child.”

Solis gave Tallchief and their son a few thousand dollars when she broke up with him. She briefly worked as an escort and then again as a hotel maid. When her son was 10, she managed to find a new identity and returned to the United States on Sept. 12, 2005, via Los Angeles International Airpot under the name “Donna Eaton.” She then ended her 12 years on the run and surrendered at a Las Vegas courthouse.

Tallchief admitted to her involvement in the robbery and told authorities that she hadn’t seen Solis in years. She hoped that selling the rights to her story could help her repay Loomis Armored. On March 30, 2006, she was sentenced to 63 months in federal prison and ordered to repay Loomis $2,994,083.83 before her death.

She was released in 2010. Her son Dylan has since graduated from college and works as a YouTuber and producer. Roberto Solis and the remaining cash have never been found.

After learning about Heather Tallchief, read about the astounding 2005 Miami Brinks heist. Then, learn about the biggest heists in history.