On November 6, 2005, Karls Monzon and another masked gunman stormed into a warehouse at Miami International Airport and stole $7.4 million in a matter of minutes — in broad daylight. 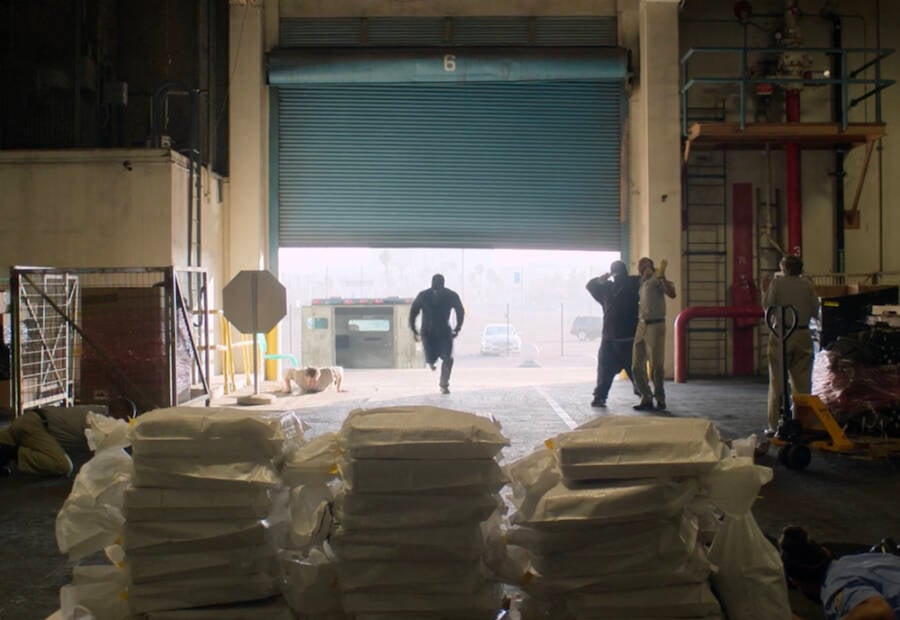 You’d be forgiven for mistaking the 2005 Miami Brinks heist for a movie script. From masked gunmen and drugs to kidnappings and bags of cash, the $7.4 million robbery had it all. Perhaps most remarkable, its mastermind didn’t even have a criminal record when he planned it out.

A 32-year-old Cuban immigrant living in Miami, Karls Monzon was a law-abiding man, until he received a life-changing phone call in April 2005. His friend Onelio Diaz — who worked as a Brinks security guard at Miami International Airport — revealed that he was helping out with a cash transport of up to $100 million at work.

This money regularly arrived on Lufthansa planes from Frankfurt. It was sent from Germany’s Commerzbank to be transported to Miami’s Federal Reserve Bank. Like clockwork, Diaz and his men ferried the money from the tarmac to a warehouse to clear customs before the cash left the airport every day.

Diaz claimed that there were many security issues with this transport, as his men never followed protocol and even left the doors of the warehouse open due to the lack of air conditioning. While Diaz wasn’t willing to rob his own employer, he thought that Monzon might be interested.

Despite Monzon’s clean record, he was obsessed with crime TV shows — and this was about to come in handy. On November 6th, Monzon and a crew of associates stormed the building, boosting millions in minutes without firing a shot. As dramatized in Netflix’s Heist docuseries, authorities were left baffled — until one of the men began flaunting his newfound wealth. 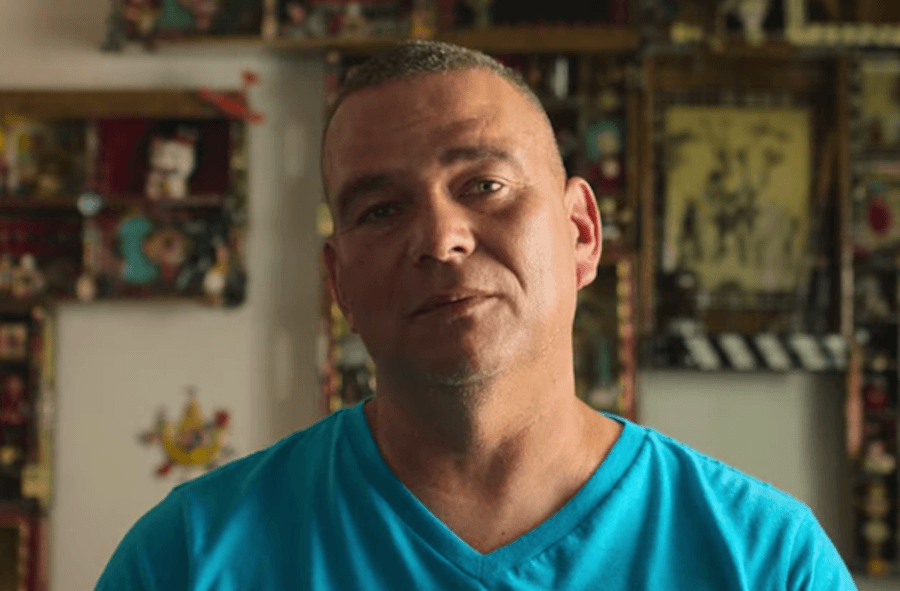 NetflixKarls Monzon wanted the money to support his future family.

Karls Monzon was a driver for United Rentals (which leases construction equipment) when Diaz made the call. Desperate to provide for his wife Cinnamon and their unborn child, Monzon was intrigued.

There was a two-hour window for Monzon to steal the cash. To make sure the heist would be possible, Monzon checked into a nearby hotel multiple times — and observed the cash transport himself.

After confirming that Diaz was telling the truth, he organized the getaway. With a friend, Monzon stole two Ford F450s in Jacksonville, Florida, and took them to a Miami warehouse with a tractor-trailer borrowed from work.

With the getaway vehicles stashed away, it was time to gather associates — which he found in uncle-in-law Conrado Perera, brother-in-law Jeffrey Boatwright, and United Rentals coworker Roberto Perez.

A couple of months before the robbery, Cinnamon Monzon gave birth to a stillborn child. But this tragic moment only made her husband more determined to go through with the heist. He said that he just wanted “enough money to adopt a kid. Adopting a kid is expensive.”

The Masked Men Make Off With Millions 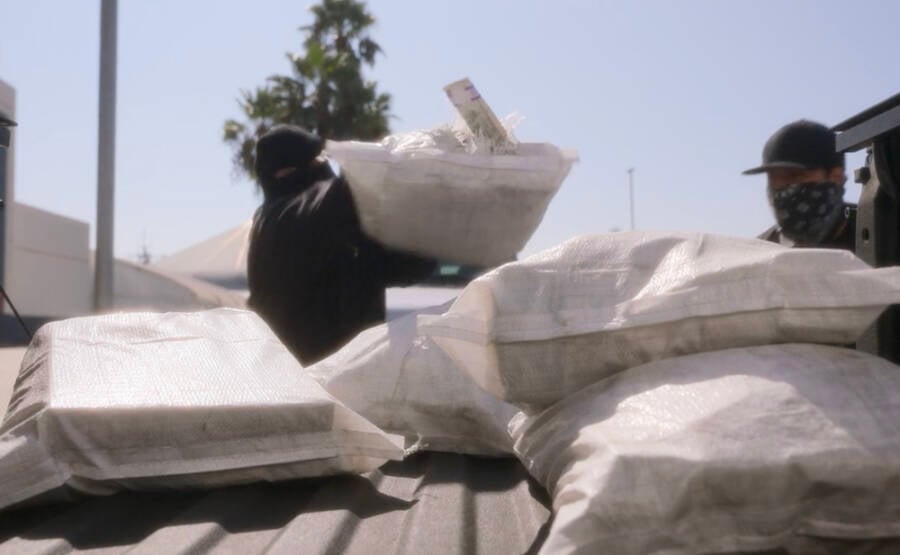 NetflixA still from Netflix’s Heist, which re-enacts the robbery.

On the fateful day of the heist, Perez played the role of the lookout as Boatwright drove one of the stolen F450s up to the warehouse. Monzon and Perera would be the ones to carry out the robbery.

Covering their faces, Monzon and Perera rushed inside the warehouse, pulled out guns, and told the guards to get on the floor. It was 3 p.m.

The pair rummaged through 42 canvas bags — which contained about $2.1 million each. They carried six bags outside, abandoned one when it fell, and loaded the rest onto the truck. They made off with $7.4 million total.

After they arrived at the next getaway car, they transferred the money to plastic bags. They then later moved to Monzon’s personal car. The two stolen cars they had used earlier were burned.

“When I was watching TV, everyone was getting caught with DNA, fingerprints, so I decided to burn the trucks,” said Monzon. “Somebody got paid good money to do that.”

Meanwhile, the shaken guards at the airport had few clues to offer authorities. And while FBI Special Agent Alex Peraza believed that one of the warehouse supervisors was involved, there was no proof.

But when the FBI offered a $150,000 reward for information about the perpetrators and tapped Monzon’s phone, their luck changed. 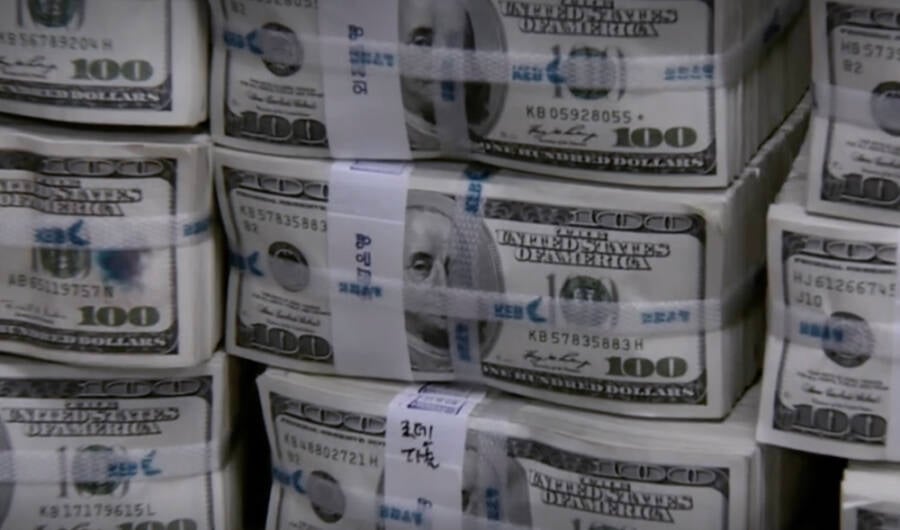 NetflixWhile Monzon led authorities to his share of the cash, around $6 million is still missing to this day.

Just as the Miami Brinks heist echoed New York’s Lufthansa heist, so did Monzon’s advice mirror Jimmy Conway’s in Goodfellas: “Don’t buy anything.” While most of his associates followed this advice, Boatwright did not.

From drugs and alcohol to jewelry and strippers, Boatwright threw caution to the wind. Things turned sour in December when a gang kidnapped him outside of a strip club and demanded $1 million in ransom from Monzon. But soon after Monzon saved him, Boatwright returned to his vices.

When it happened again on February 16, 2006, the FBI was listening in on Monzon’s phone. By that point, authorities had already received a tip from someone who had flagged Monzon as a suspect.

But while authorities expected to hear about money, they soon heard about the kidnapping as well. Two men had abducted Boatwright from a strip club and threatened to kill him if Monzon didn’t pay a ransom. Though Monzon initially refused, he agreed when his loved ones begged him to do so. He waited for the kidnappers’ call — but was instead greeted by the authorities.

Apprehended at a doctor’s appointment with his wife, Monzon was soon warned that if he didn’t negotiate with Boatwright’s kidnappers, he would be charged if something happened to his brother-in-law. Ultimately, thanks to Monzon’s cooperation, Boatwright survived the ordeal.

And then came the inevitable prison time. While the five kidnappers were given between 7 and 34 years, Monzon’s associates didn’t get off easy either. Their sentences were as follows: Diaz, 16 years; Boatwright, 13 years; Perera, 11 years; Perez, 6 years; and Cinnamon, 3 years. As for Monzon himself, he agreed to a plea deal of 17 years. But ultimately, six years were taken off for his cooperation. He was freed in 2016.

But while this case has been mostly solved, one mystery remains. Though Monzon led police to his share of the money, he wasn’t sure what happened to the rest of the cash. The other men claimed that they had already spent theirs. And so to this day, about $6 million is still missing.

After learning about the Miami Brinks heist, read about the 7 biggest heists in history. Then, learn how one man stole $500,000 from a casino.