From the moment they debuted in 1907, the Ziegfeld Follies were a smash hit. These elaborate performances, which featured beautiful girls and exciting chorus numbers, captured the glitz and glamor of an era.

The man behind the curtain was Florenz Ziegfeld Jr. — a showman who’d spare no expense in “glorifying the American girl.” With Ziegfeld at the helm, the girls in his Follies became stars. 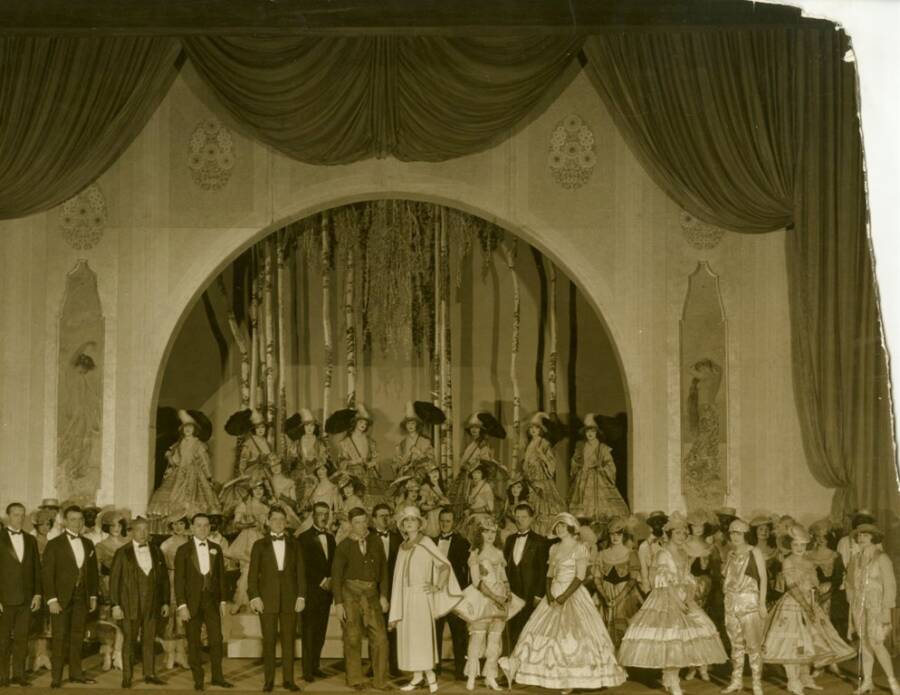 Museum Of The City Of New YorkA Ziegfeld Follies cast from the “Midnight Frolic.”

“It made you hold your nose up high,” said one of the Ziegfeld girls, decades later.

This is the story of the Ziegfeld Follies, the striking, shocking, New York City shows that made Broadway the soul of American theater.

The Man Behind The Ziegfeld Follies 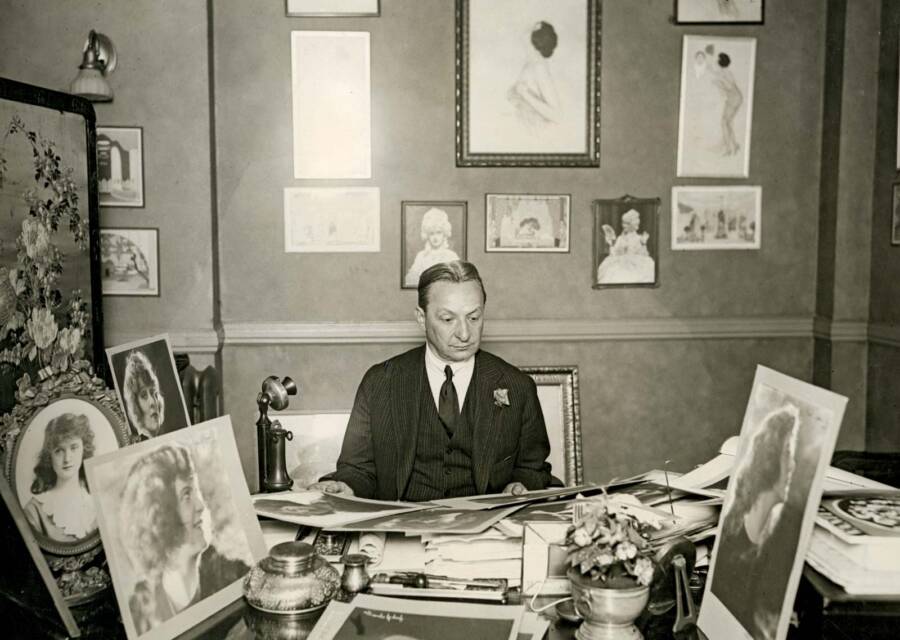 TwitterFlorenz Ziegfeld Jr. in his office.

Florenz Ziegfeld’s business cards read “Impresario Extraordinaire.” And until his death in 1932, he lived up to his reputation.

Born on March 21, 1869, in Chicago, Ziegfeld showed a passion for showmanship from the start. He enjoyed theater and participated in a number of amateur productions. When the Chicago World’s Fair rolled into town in 1893, Ziegfeld’s father encouraged his son to take it as a business opportunity.

Ziegfeld found a number of European performers — and financial failure. But despite the setback, he’d caught the showbiz bug and next turned to a strongman named Eugen Sandow. 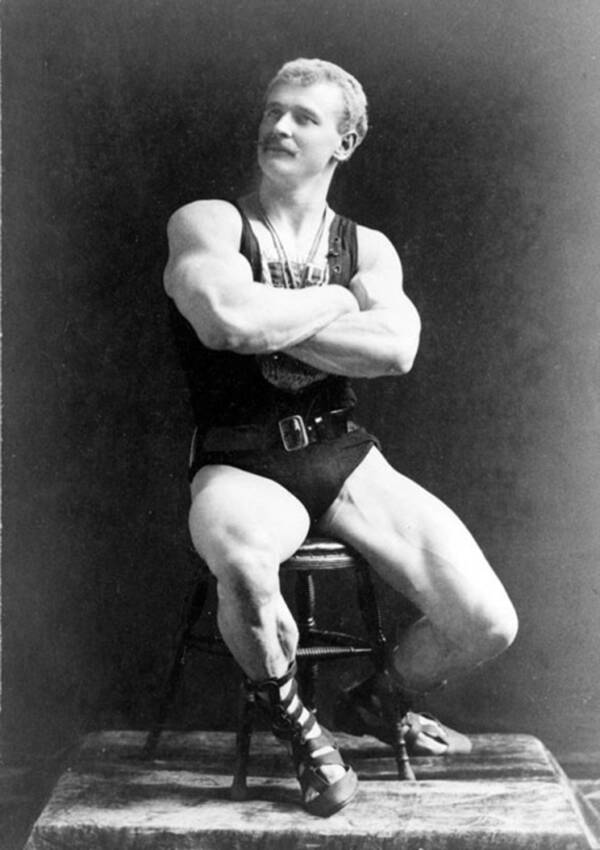 With Sandow, Ziegfeld showcased his ability to drum up publicity. While Sandow flexed his muscles at the World’s Fair in Chicago, a rumor spread that two society ladies had visited the strongman in his dressing room. Before long, all the society ladies followed suit — and Ziegfeld’s profits skyrocketed.

But it was his connection with a French actress named Anna Held that changed everything. According to the story, Ziegfeld met Held in Paris. 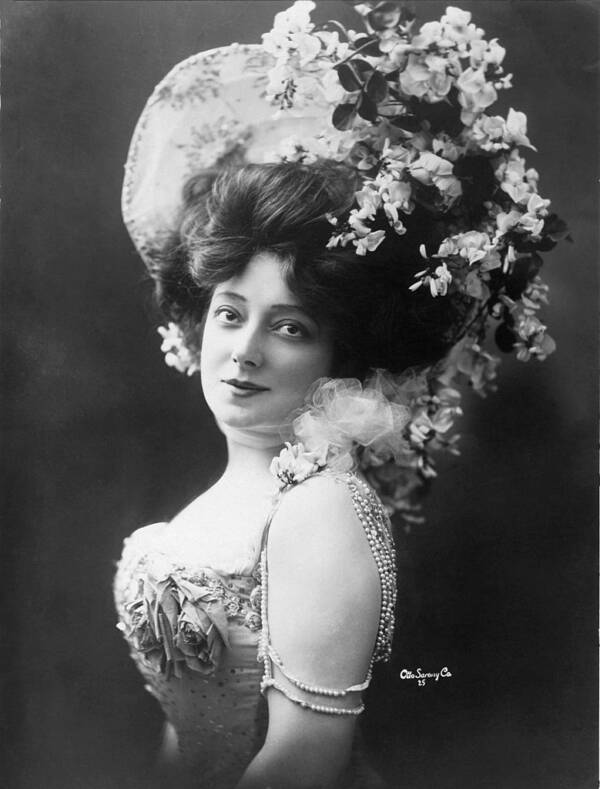 “Your American girls are so beautiful, the most beautiful girls in the world,” she told him. “If you dress them up chic, you’d have a better show than the Folies-Bergere.”

The Life Of A Ziegfeld Follies Girl 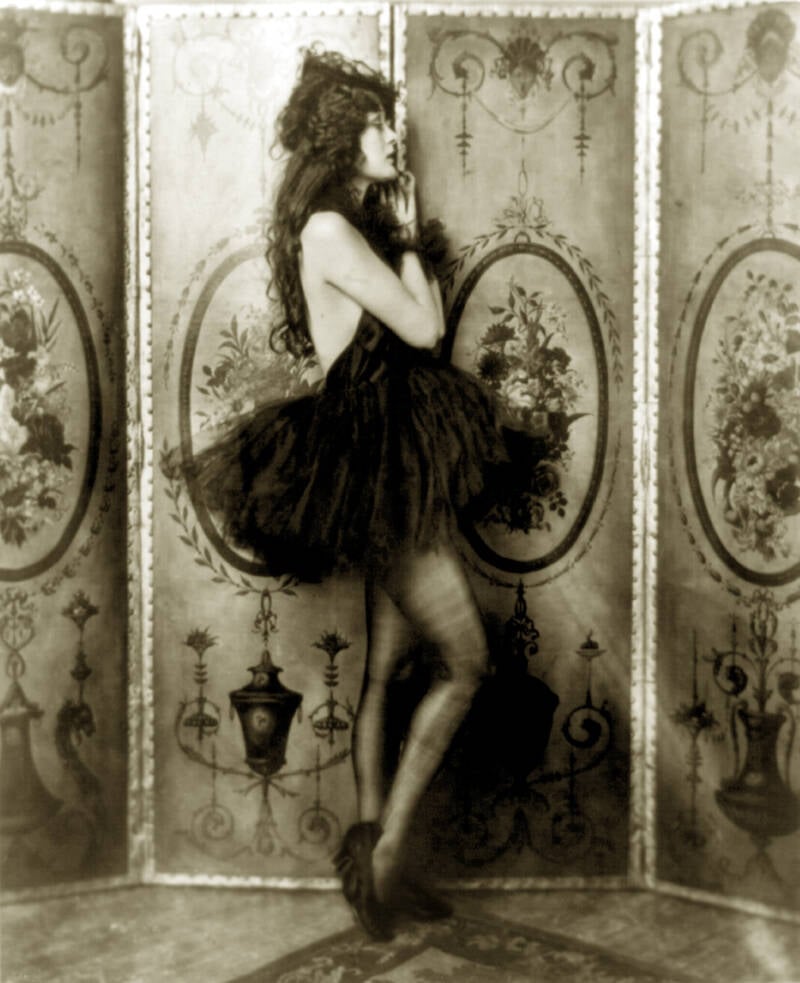 Wikimedia CommonsDolores Costello, a Ziegfeld girl and the grandmother of actress Drew Barrymore.

His Follies of 1907 opened in July 1907 in New York City, where scantily clad and beautiful chorus girls drew excited audiences. By 1911, his popular performances became known as the Ziegfeld Follies.

These shows — which lasted until 1927, and returned once in 1931 — featured a mix of comedy, dance, music, elaborate production numbers, and, of course, beautiful girls.

Some of the Ziegfeld girls went on to become famous in their own right: names like Lillian Lorraine, Jessica Reed, Billie Burke, and Anna Held are inextricably linked with the lights, feathers, and sparkle of the Ziegfeld Follies’ glory days.

But becoming a Ziegfeld girl wasn’t easy. Ziegfeld himself interviewed 15,000 women a year to perform in his Follies — and only selected 3,000. He looked for girls with precise measurements (36-26-38), a perfected gait (the Ziegfeld walk), and a willingness to pose nude.

Some, who performed in Ziegfeld’s popular and raunchy “Midnight Frolic” might also have to agree to let patrons pop the balloons covering their costumes with cigars. 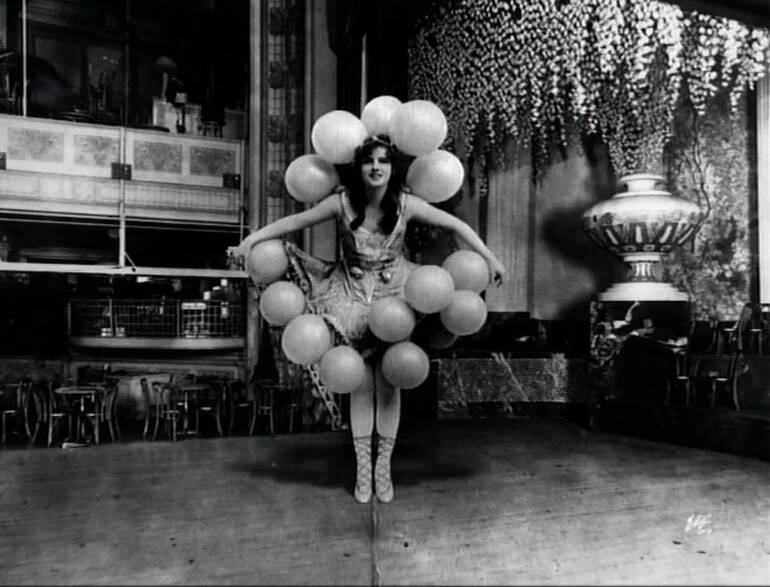 PinterestA performer posing with her balloons.

These performers worked hard. The Ziegfeld girls started their rehearsals at 10:30 in the morning and regularly pulled 12-hour days to perfect their routines.

But for the girls, the hard work was worth it. “All I had to do was say I was in the Ziegfeld Follies and everything was fine,” remembered Eleanor Dana O’Connell, who became a Ziegfeld Girl in 1921 at the age of 17. “Girls in no other show got the attention.” 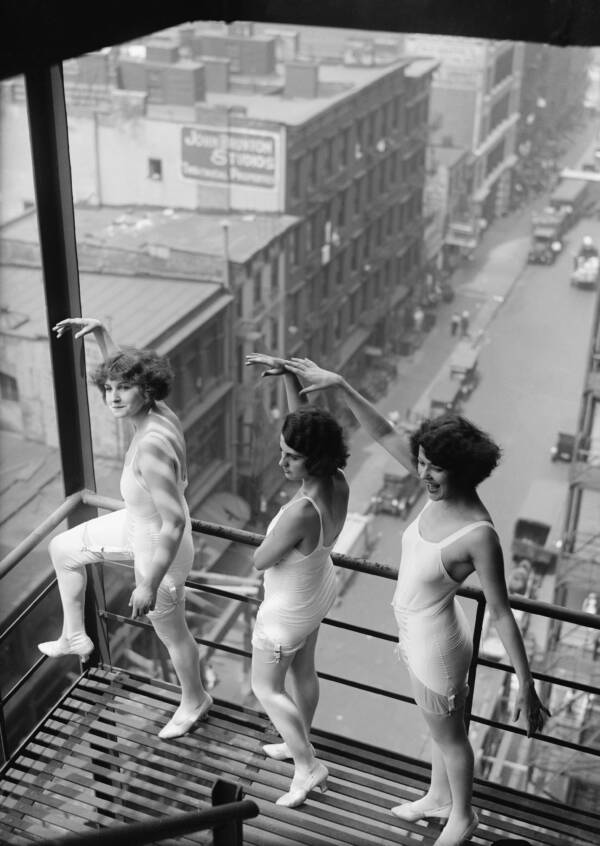 Plus, the gig could pay well. Jessica Reed, a Ziegfeld Girl, made $125 per week — nearly $1,500 by today’s standards — making her the highest-paid showgirl in the world. At the Midnight Frolic, audiences voted on the most beautiful girl — and that girl got her salary doubled.

In addition, admirers in the audience routinely sent tokens backstage like jewels and flowers.

The End Of The Ziegfeld Follies — And Their Legacy 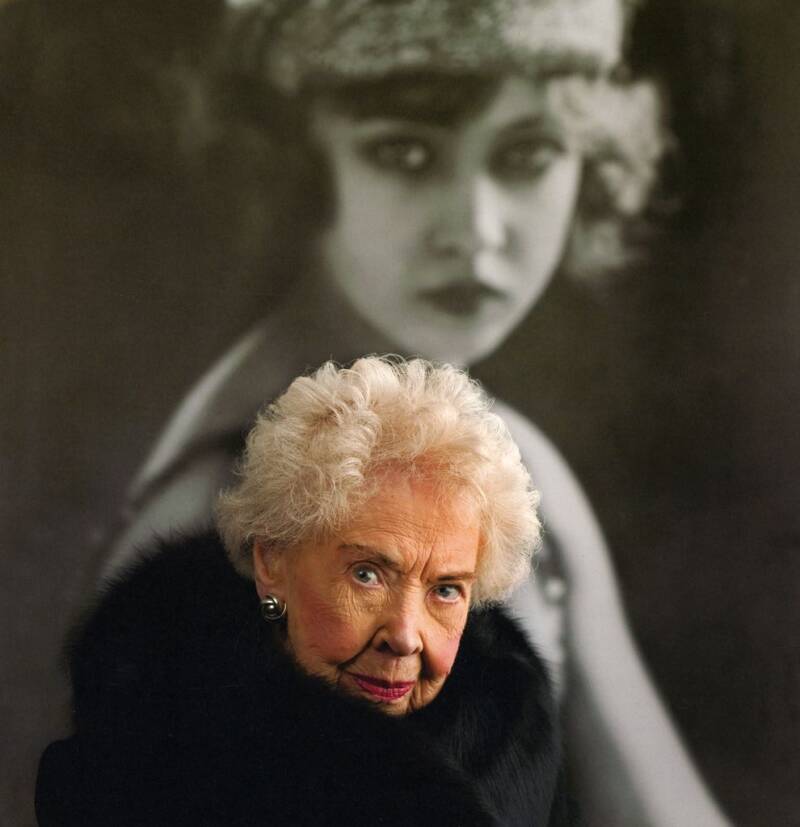 Throughout the 1910s and 1920s, the Ziegfeld Follies were a hallmark of New York life. Not even World War I could put a stop to the festivities.

“For fear some one will think that he has adopted a policy of retrenchment because of the war Mr. Ziegfeld calls attention to one novelty, a chiffon scene in which the chiffon alone cost $3,000,” The New York Times noted at the time about the Midnight Frolic.

“He also wishes to state that the cost of production approximated $100,000.”

But Prohibition, which became law in 1920, did take some wind out of the sails of the Midnight Frolic. Previously, guests could buy small bottles of champagne for $64.

“The best class of people from all over the world have been in the habit of coming up on the roof… and when they are subjected to the humiliation of having policemen stand by their tables and watch what they are drinking, then I do not care to keep open any longer,” Ziegfeld grumbled to The New York Times in 1921.

The Ziegfeld Follies, however, continued for another six years. In 1927, they ended when Ziegfeld turned to produce other shows.

Then the Depression hit — and the joyful opulence embraced by the Ziegfeld Follies fell out of the zeitgeist. Ziegfeld moved to Hollywood with his new wife, Billie Burke — best known as Glinda the Good Witch in The Wizard of Oz — where he died in 1932.

And when the last Ziegfeld girl died in 2010, she had nothing but fond memories for her years on stage. Doris Easton Travers, who lied about her age to become a Ziegfeld girl in 1918 — when she was just 14 years old — looked back fondly on her time in the spotlight.

“It was beauty, elegance, loveliness,” Travis said in 2005. “Beauty and elegance like a French painting of a woman’s body.”

After learning about the Ziegfeld Follies, check out these 5 vintage Hollywood scandals. Or, look through these horror film locations you can actually visit.