We’re In A Global Helium Shortage — Why Are We Using It For Balloons?

Scientists say the global supply of helium will be gone in 30 years. Should we really be using it for Macy's Thanksgiving Parade balloons?

That’s what University College London chemist Andrea Sella said regarding helium, the element that is used to bring the Macy’s Thanksgiving Day Parade balloons to life each year.

As many families gather by their TV screens — or, for some in New York City, Manhattan sidewalks — this Thursday morning, they will bear witness to one of the United States’ most revered holiday traditions. 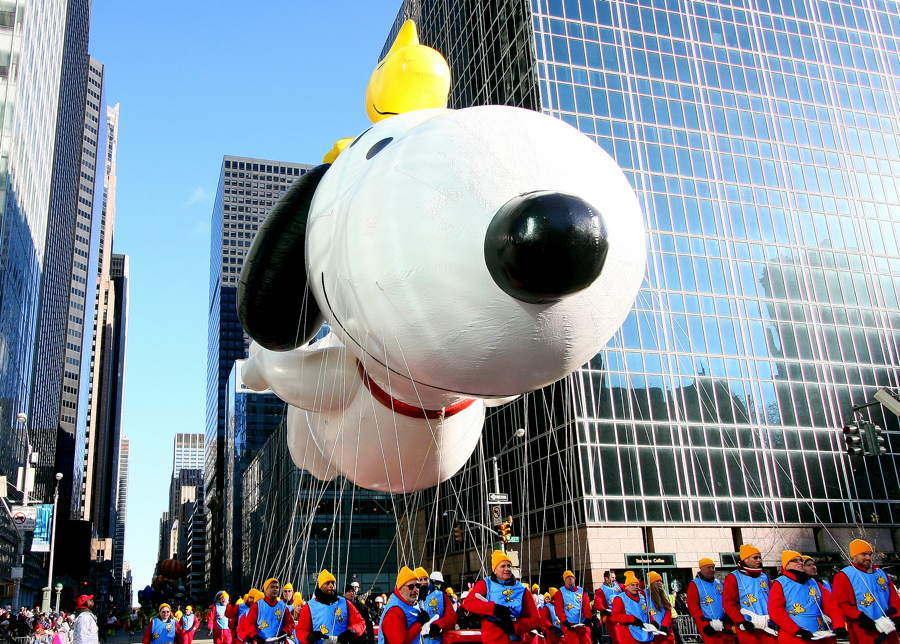 Snoopy and Woodstock from the Macy’s Thanksgiving Day Parade.

Knowingly or not, they will also bear witness to the reality that human desire often trumps the wisdom of restraint. When the balloons complete their November 27th route, over 300,000 cubic feet of helium — the spatial equivalent of two million gallons of water — will have been used, and will thus not be available for future use.

This might not seem like a big deal, but when we take into account the multitude of helium’s uses and the fact that Earth’s helium supply will likely be depleted in approximately 40 years, the Macy’s balloons become a bit, well, heavy.

What Helium Does And Why You Should Care

First of all, a primer on everything that helium does besides bring a multiple-story Spider Man to life and make a six-year-old’s day: remember the Apollo space vehicles? Liquid oxygen and hydrogen powered them, and helium was critical in keeping those elements cool. Ever had an MRI? Helium helps cool its superconducting magnets, which aid in the detection of tumors. Been to the grocery store lately? Every time your cashier scans your box of Cheerios, he or she is doing so with helium-neon gas lasers, which scan barcodes and tell the cashier a given item’s appropriate price. Don’t want nuclear reactors to get too hot? Guess what: you’ll want some helium.

In other words, helium is a key ingredient across multiple industries and is vital in the governance of public life. It is also something that is so expensive to recycle that once it’s been released, until recently we really haven’t bothered trying to capture it.

Likewise, helium cannot be artificially produced. The lighter-than-air element is a byproduct of radioactive decay and accumulates in natural gas deposits. The United States happens to have a lot of these natural gas deposits, which means it provides the largest portion of the world’s helium supply — hovering right around 35 percent of it, with most of the element’s global supply housed right in Texas.

As you might imagine, the United States’ relative abundance of helium made for a key asset in times of war: the country created a national helium reserve in the early 20th century, which helped supply gas to US airships during World War II, and later provided coolant for spacecraft during the Cold War-induced space race.

These endeavors proved to be a bit expensive, though, and so in the 1990s — a period that saw growing civilian demand for helium and the Bureau of Land Management (BLM), the federal agency in charge of managing the reserve, freaking out about being $1.6 billion in debt — the United States government passed the 1996 Helium Privatization Act (HPA) to handle it.

When Nature Becomes A Political Problem

Over the course of around a decade, this act would sell the reserve’s helium in an attempt to pay for the reserve’s accumulated costs, stipulating that “the amount of helium sold off each year should follow a straight line with the same amount being sold each year, irrespective of the global demand for it,” The Independent reported. What this means is that the market value of helium has been artificially low, which over time has had the effect of discouraging others from entering the helium refining marketplace and encouraging its continued exploitation for literally empty ends, one being the vast spaces within Macy’s parade balloons. 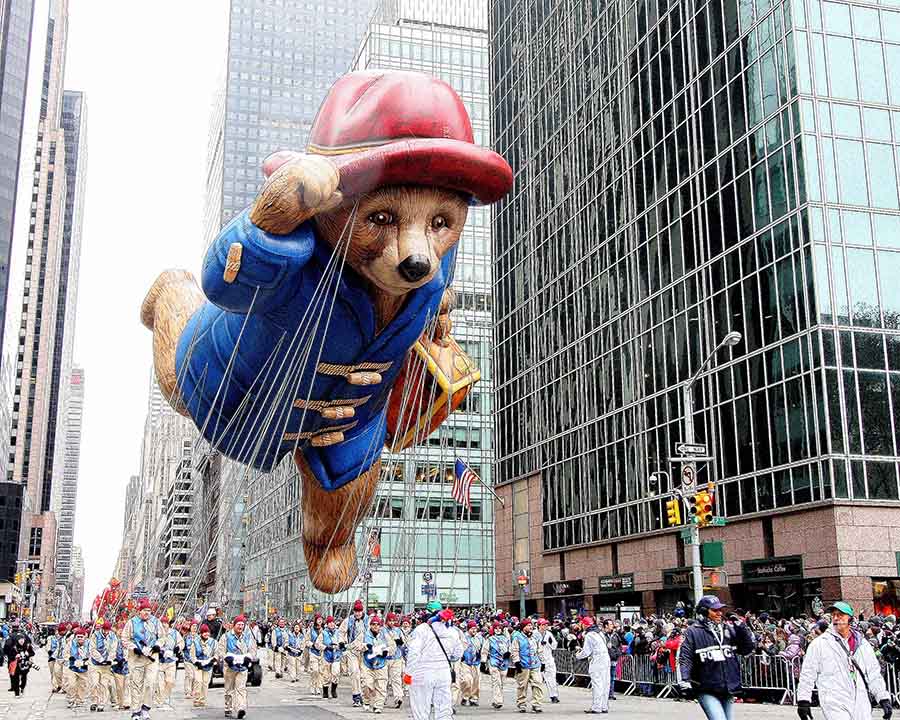 In 2013, the BLM was legally obligated to turn off the helium tap, and the nonrenewable element’s value began to assume its market price — meaning that helium was more expensive to reflect the reality of shorter supply. Helium-using industries experienced shortages and accompanying panics — with smaller labs suffering most due to market volatilities — and the federal government again intervened to avert what some have called a “helium cliff.”

This intervention, a competitive auction for helium, generated its own set of political problems, namely that the BLM’s remaining helium was purchased by just two refiners, thereby encouraging similar quasi-monopolistic control of the scarce resource, but in different hands and for different ends, like price-gouging.

For now, national retailers like Macy’s are apparently able to afford these helium price hikes — indeed, this year they are adding yet another balloon to their setup. It’s the smaller industries that are suffering, and have to make do with less.

Said the UK’s Rutherford Appleton Laboratory researcher Oleg Kirichek to the Guardian, “It costs £30,000 a day to operate our neutron beams, but for three days we had no helium to run our experiments on those beams…in other words we wasted £90,000 because we couldn’t get any helium.”

“Yet,” Kiricheck added, “we put the stuff into party balloons and let them float off into the upper atmosphere, or we use it to make our voices go squeaky for a laugh. It is very, very stupid. It makes me really angry.”

Of course, the annual parade and its helium-filled balloons are more symptomatic of a global failure to adequately price and distribute the value of scarce resources than they are its cause, but to Cambridge University chemist Peter Wothers, it’s still worth talking about. “I suspect the amount that is used in party balloons is quite small compared to the other main uses of it,” Dr. Wothers said. “But it’s a rather trivial use of something we should be valuing a little bit more.”