More than 3.5 million people flood the streets of New York City every Thanksgiving morning to witness the annual Macy’s Thanksgiving Day Parade, which officially began in 1924. Check out how the event’s signature giant balloons have changed over the last nine decades in the gallery below: 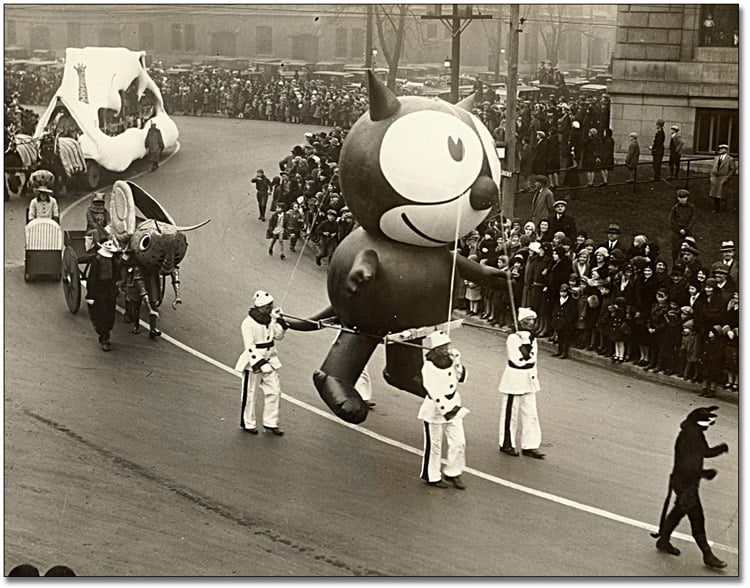 The 1927 Felix the Cat balloon was the first ever designed for the Macy's Thanksgiving Day Parade and was filled with hot air as opposed to helium.MTV Geek 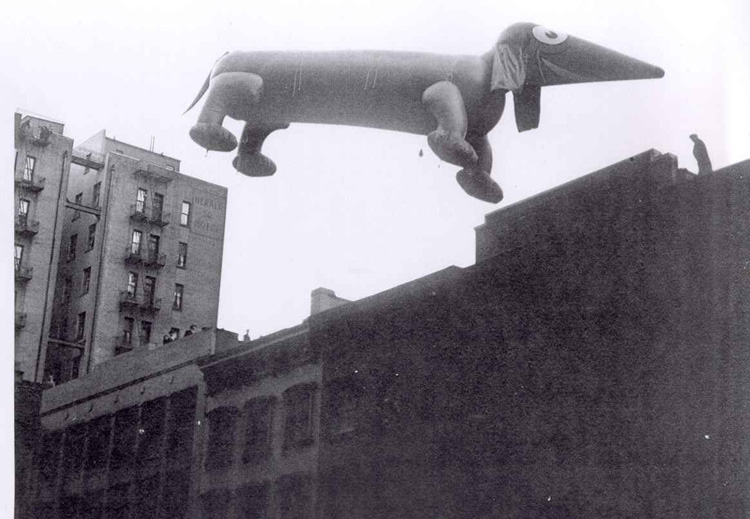 In 1929, this dachshund balloon was released into the sky following the parade.Macy's 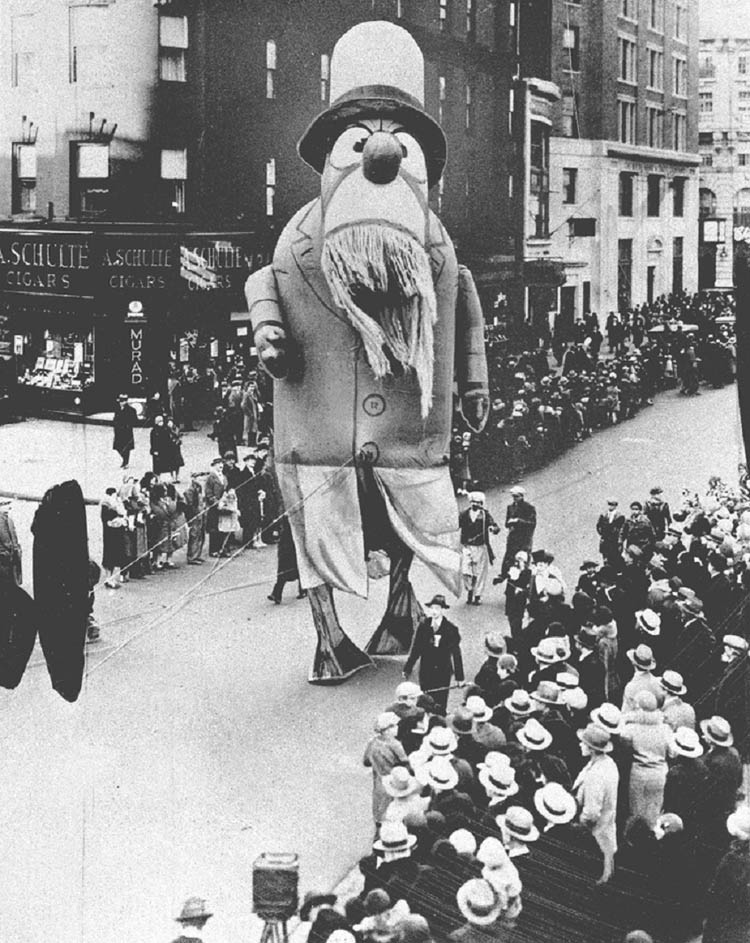 A Captain Nemo balloon from the pages of Jules Verne's Twenty Thousand Leagues Under The Sea appeared in the 1929 parade. The Wire 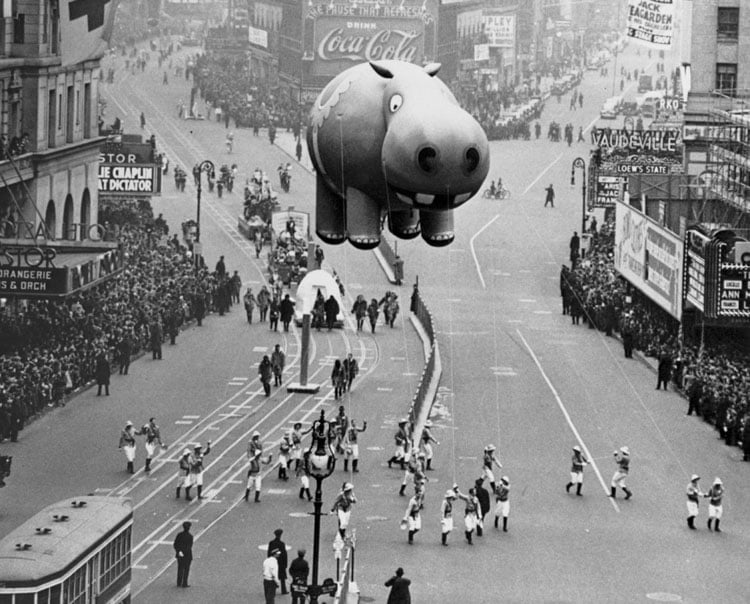 The Happy Hippo made its first appearance in the 1931 parade and was officially retired in 2012.Macy's 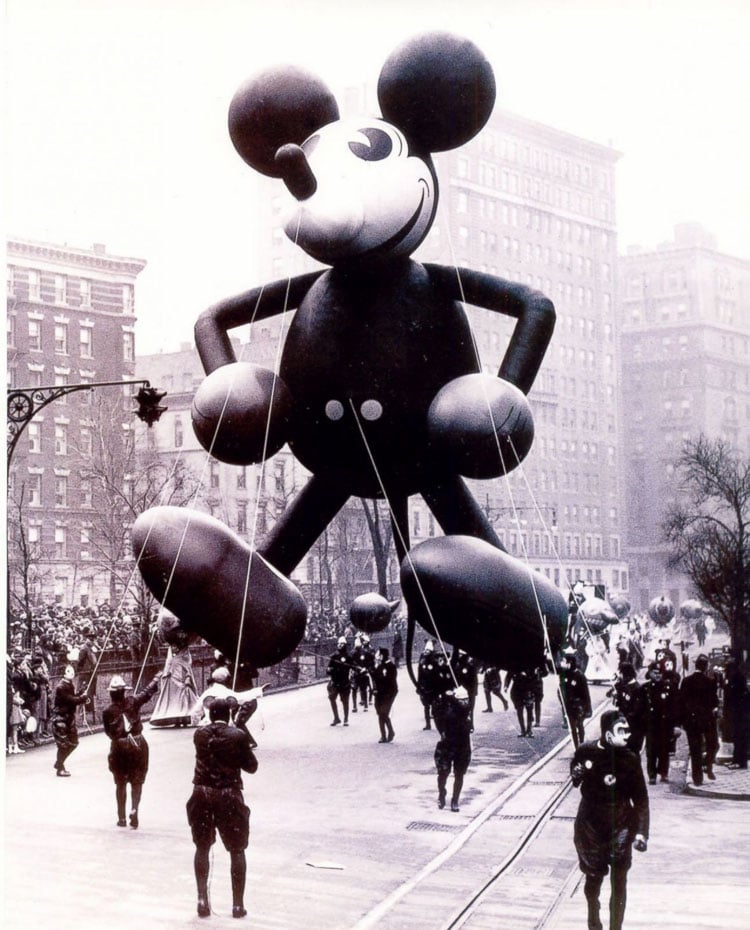 The 1934 Mickey Mouse balloon was the first parade balloon created with the help of Walt Disney.Macy's 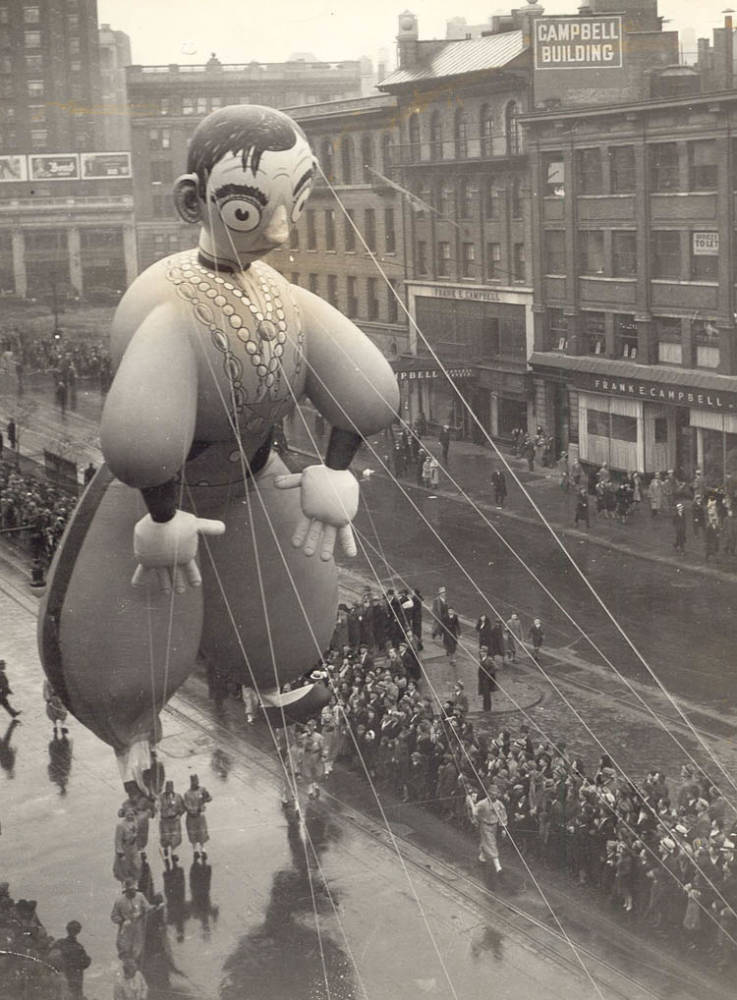 This 1934 balloon modeled after performer Eddie Cantor was the first-ever balloon in the parade made in the image of a real person. It is shown here during its outing in the 1940 parade.Macy's 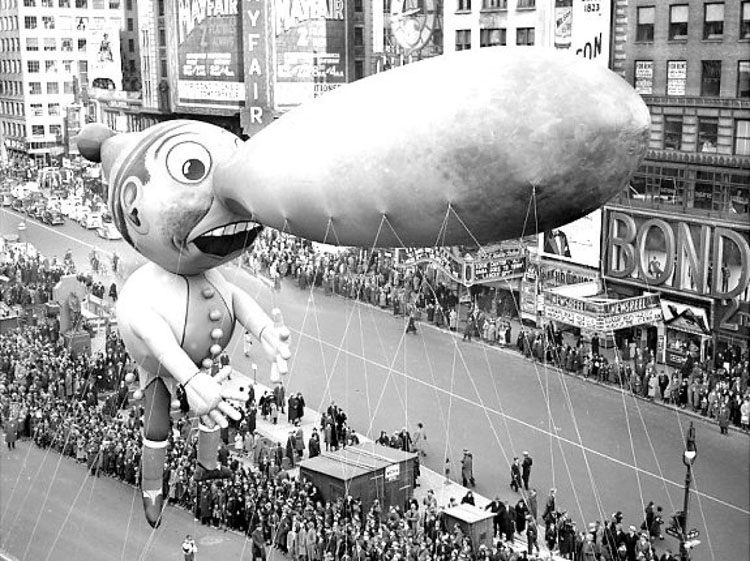 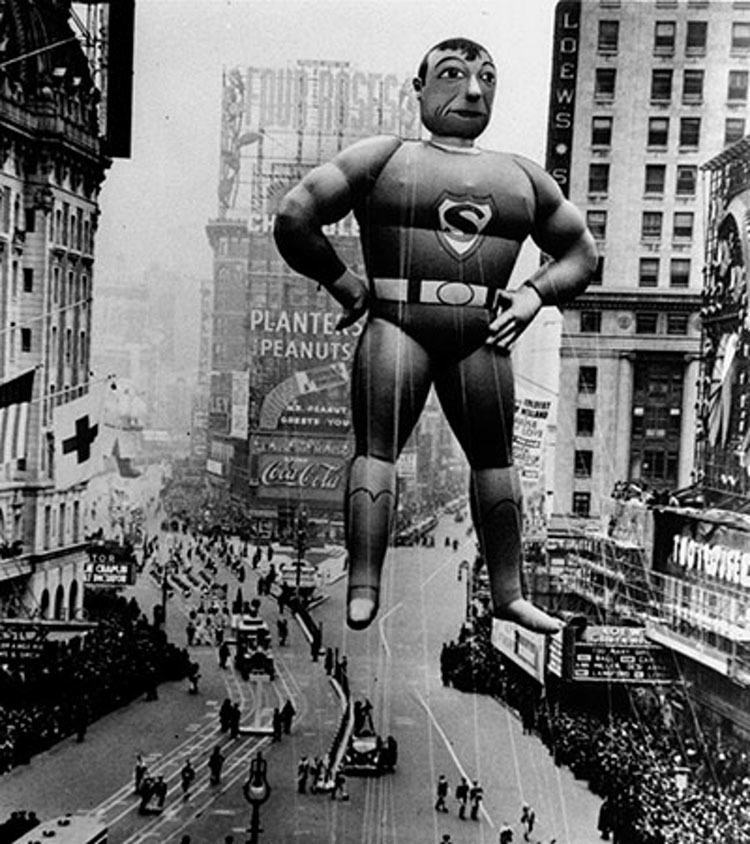 The Superman balloon that lead the Macy's Thanksgiving Day Parade in 1940 still holds the record for the largest balloon ever to appear in the parade.Macy's 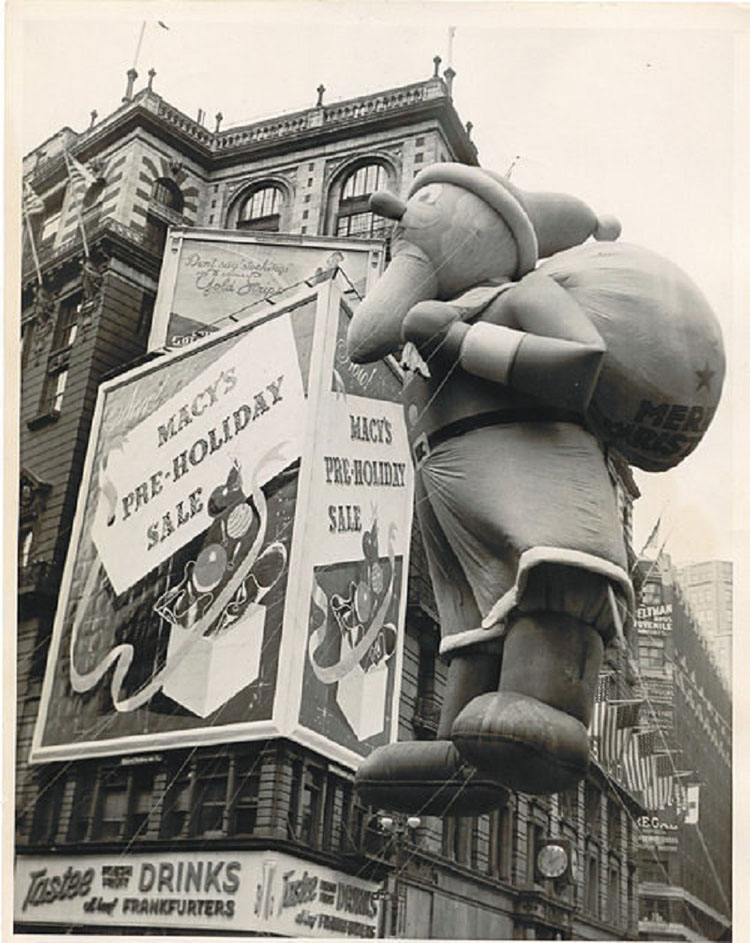 It’s not the holiday season until Santa Claus is ushered in.Macy's 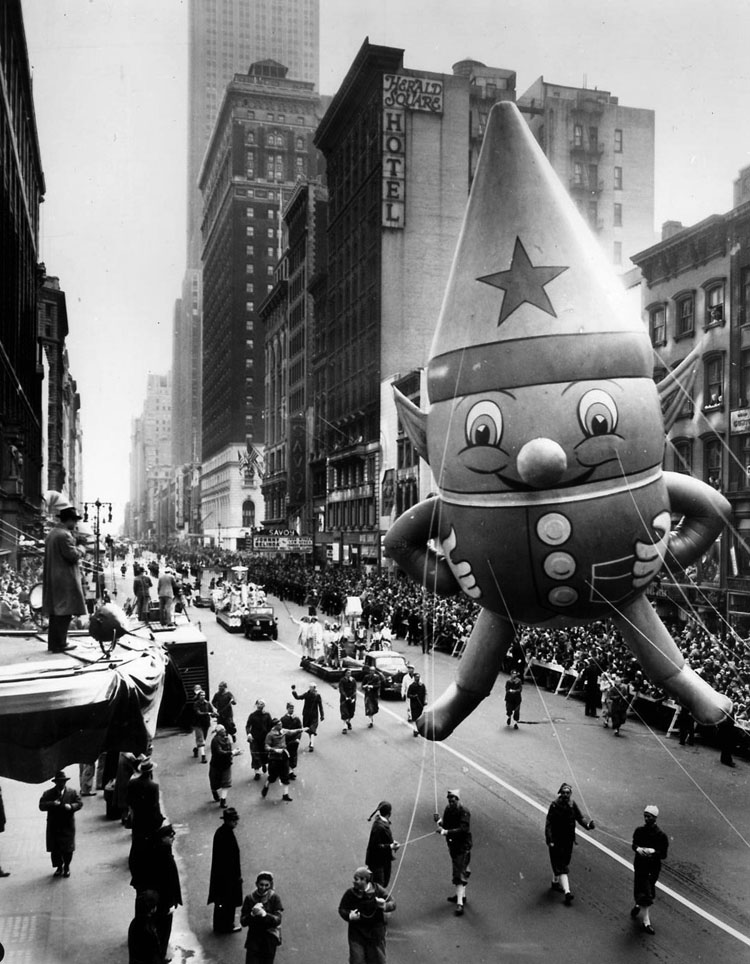 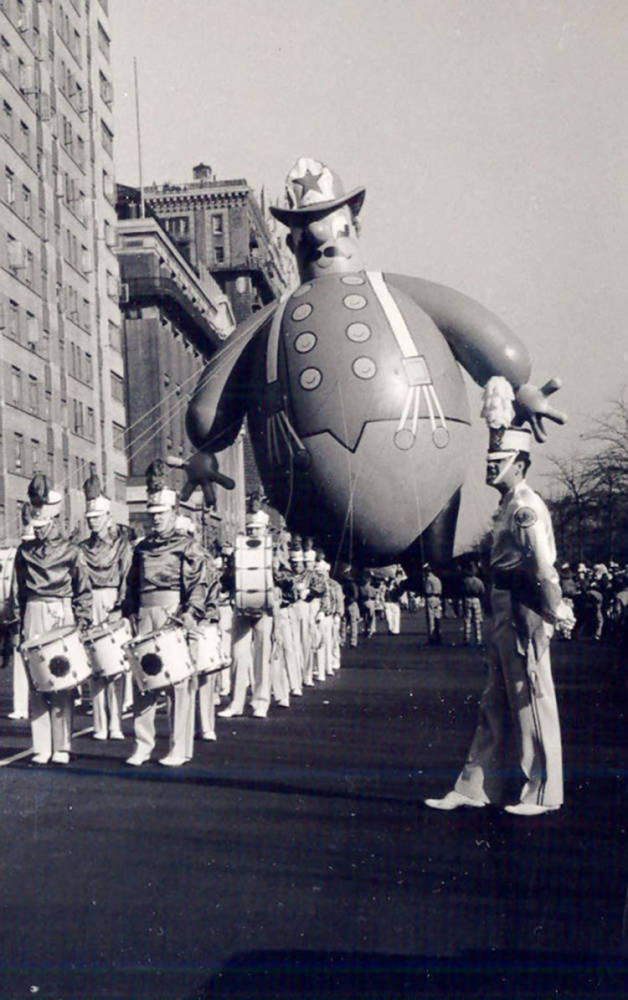 1948: Harold makes his first appearance in the parade as a fireman. Macy's 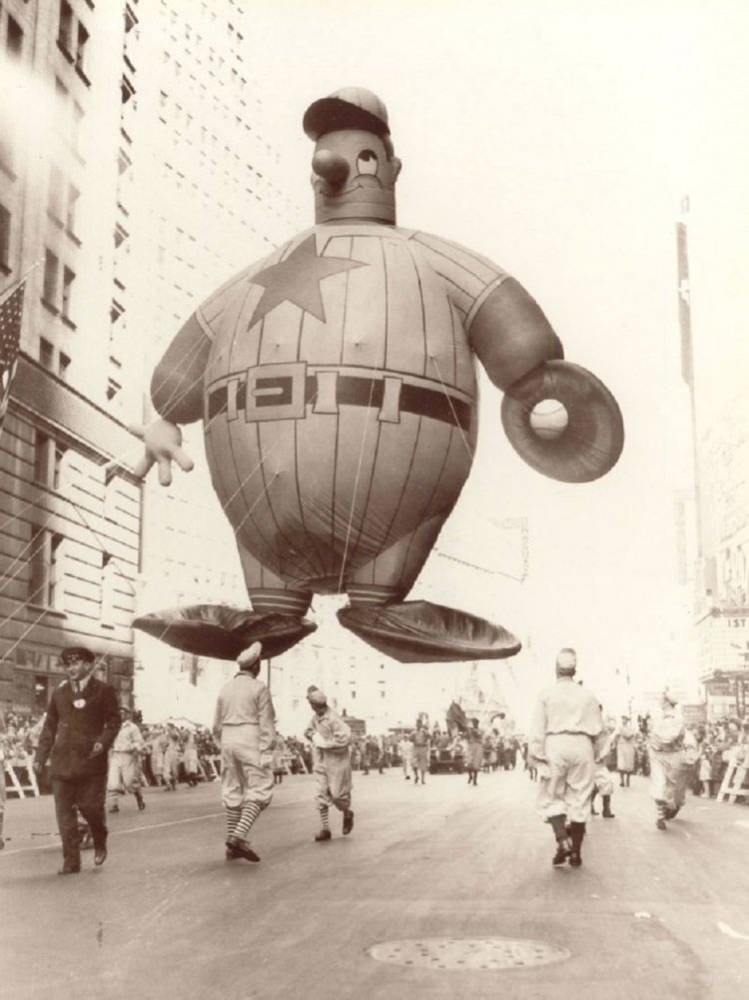 Harold returned to the parade in 1949, this time as a baseball player.Macy's 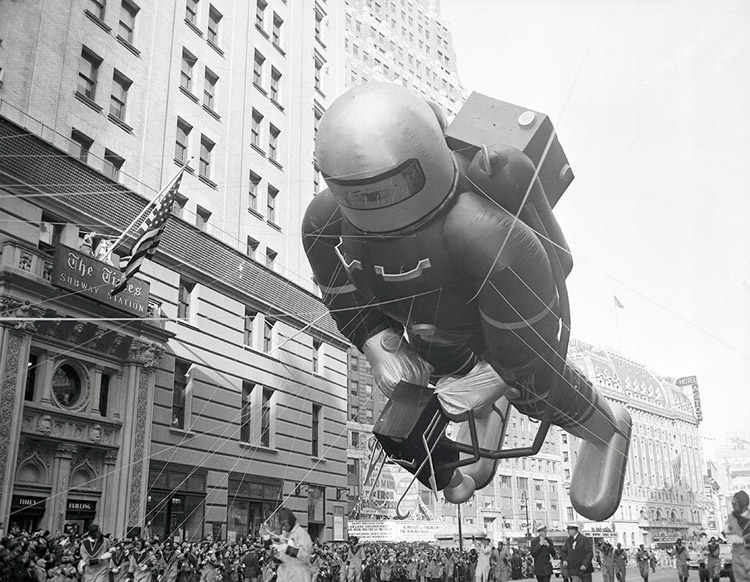 In 1952, five years before the launch of Sputnik, a giant spaceman flew above the streets. Macy's 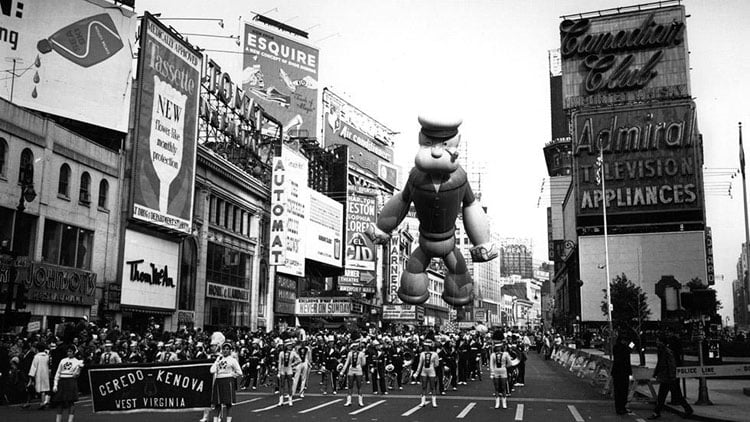 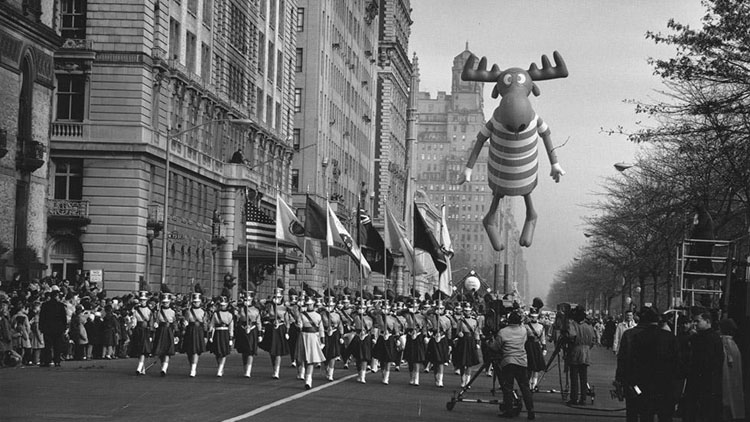 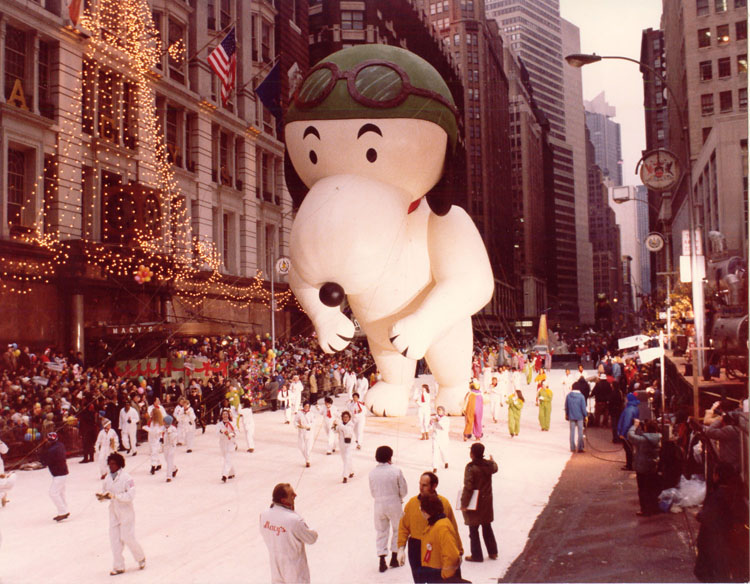 1968's Flying Ace Snoopy was the very first Snoopy balloon to be featured in the lineup.Macy's 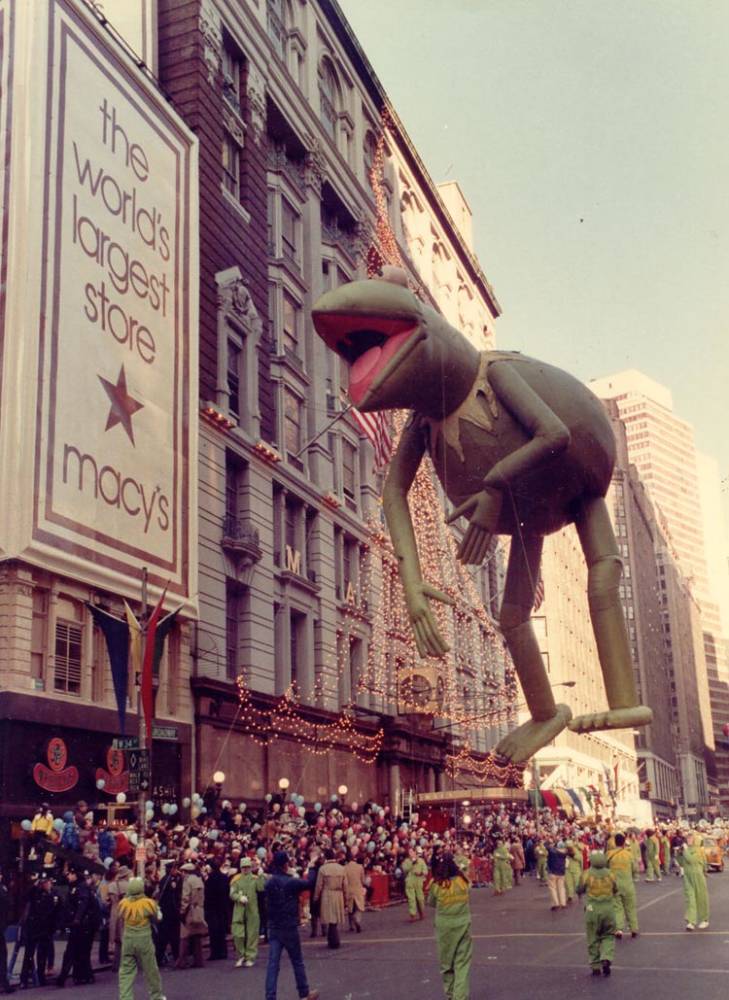 1977: Kermit the Frog makes his debut in the Macy's Thanksgiving Day Parade.Macy's 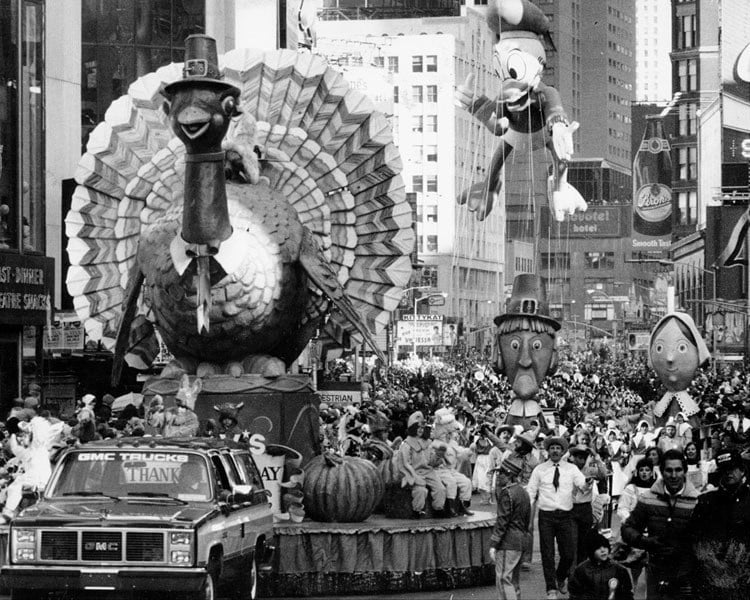 From the 1984 parade: Tom the Turkey followed by Donald Duck.Macy's 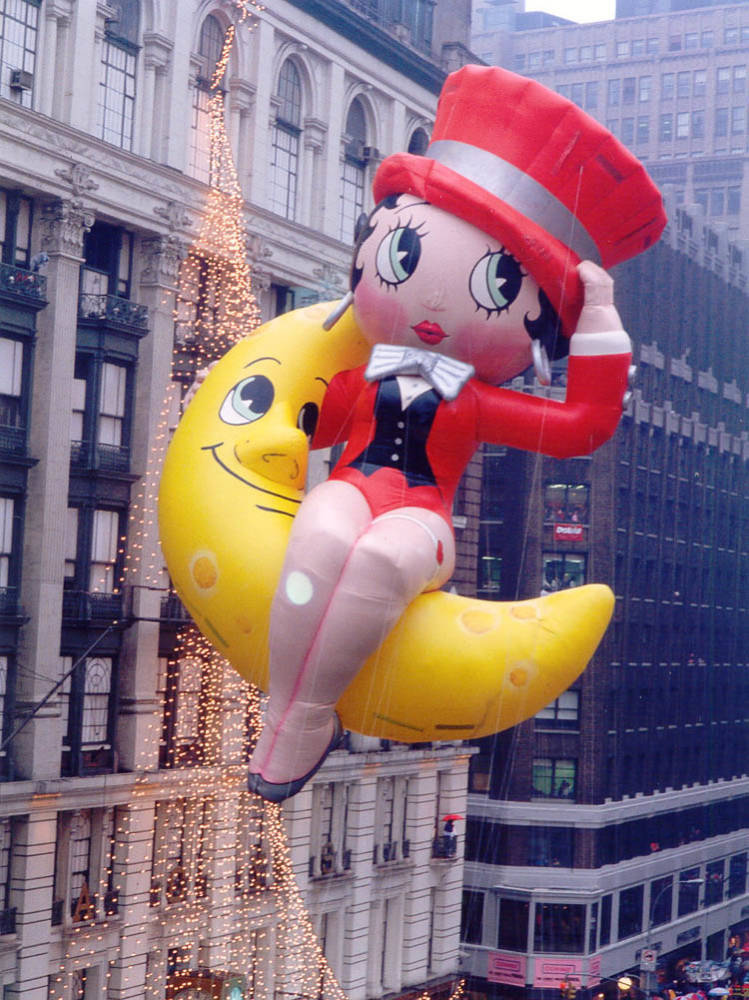 Betty Boop on the Moon debuted in 1985. The classic character became an instant parade favorite.Macy's 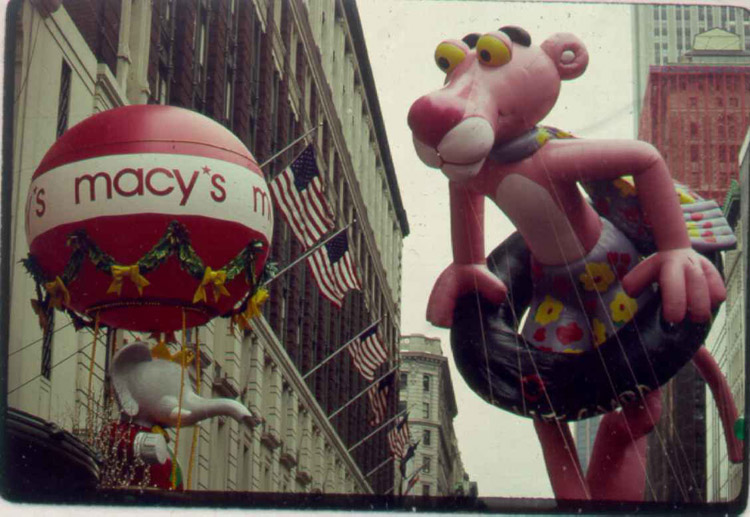 1988 marked the debut of the Pink Panther in the Macy's Thanksgiving Day lineup.Macy's 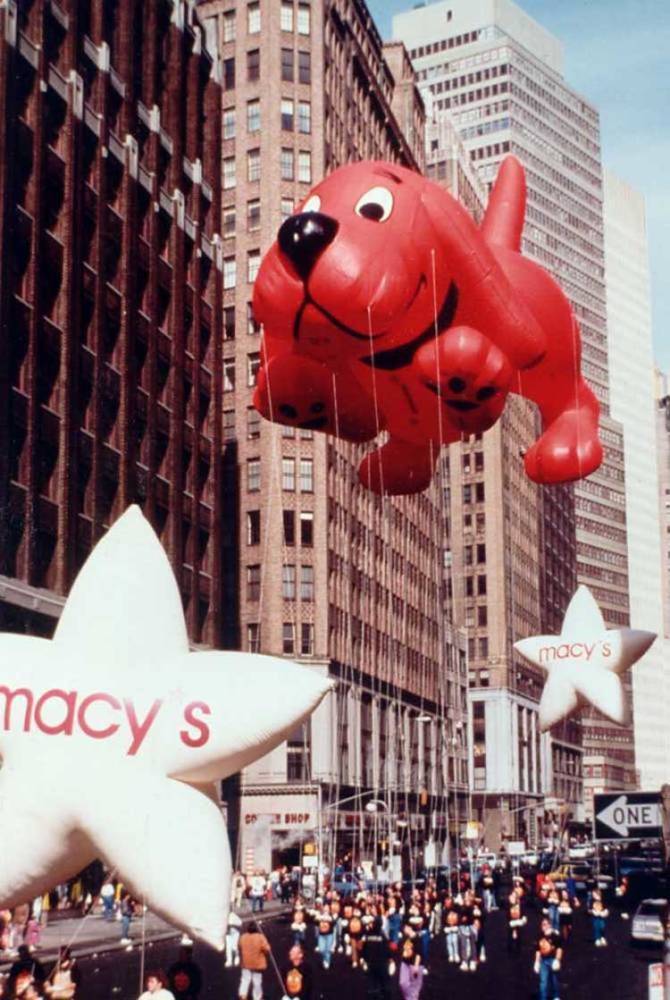 Liked this? Try 24 fantastic vintage images of the Macy's Thanksgiving Day Parade or see what Wall Street looked like in the early 20th century.