Thanksgiving is already an odd holiday, but these vintage advertisements make Thanksgiving seem even weirder.

Thanksgiving is already an odd holiday, built as it is on the fraudulent belief that settlers were at peace with indigenous populations before the genocide began. These vintage advertisements make Thanksgiving seem even weirder, though.

Let’s take a look back at the good old days, when children gleefully slaughtered turkeys, casual chauvinism made the dinner extra tasty, and the Joneses’ Thanksgiving cards cranked the racism against Native Americans up to 11: 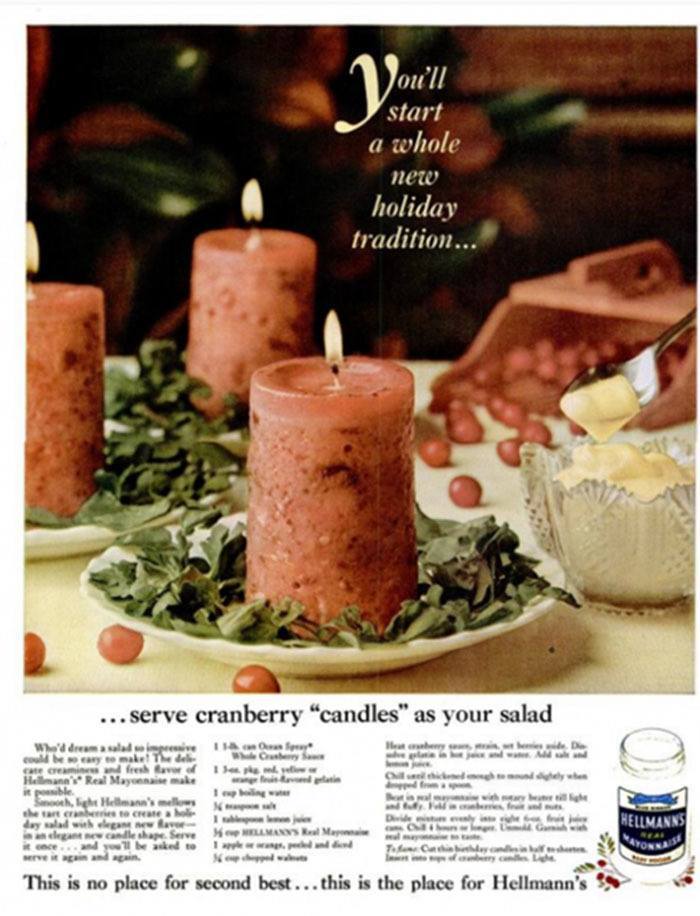 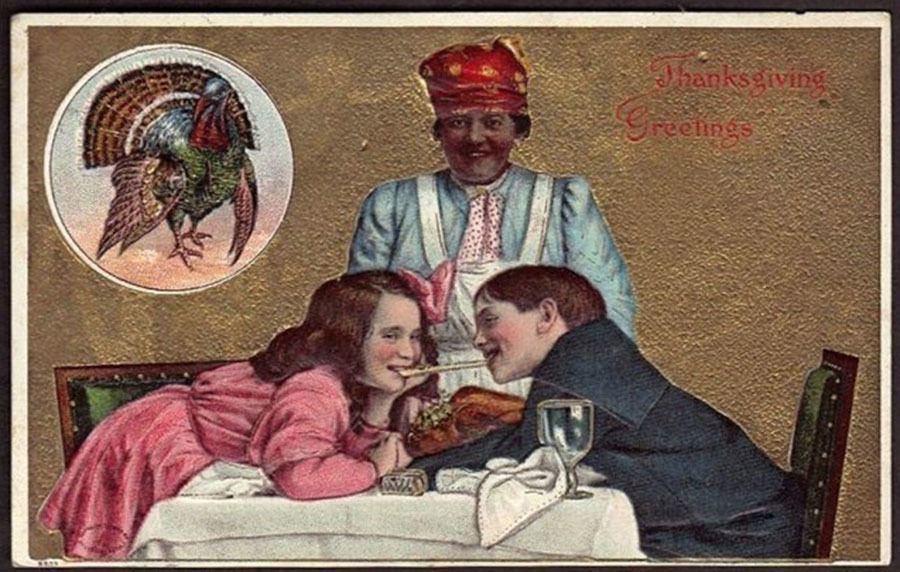 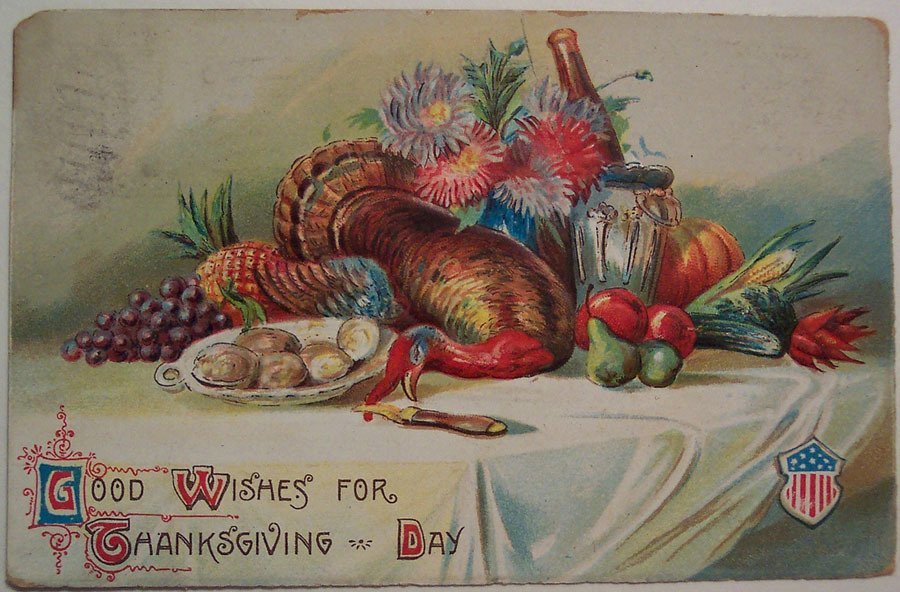 Apparently cooking the turkey is something new these days. Flickr 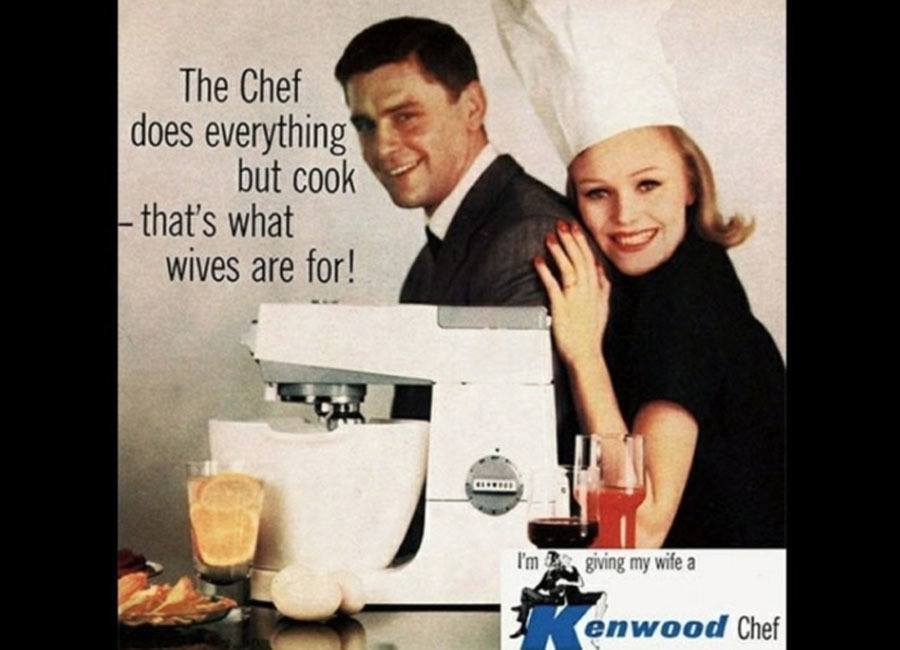 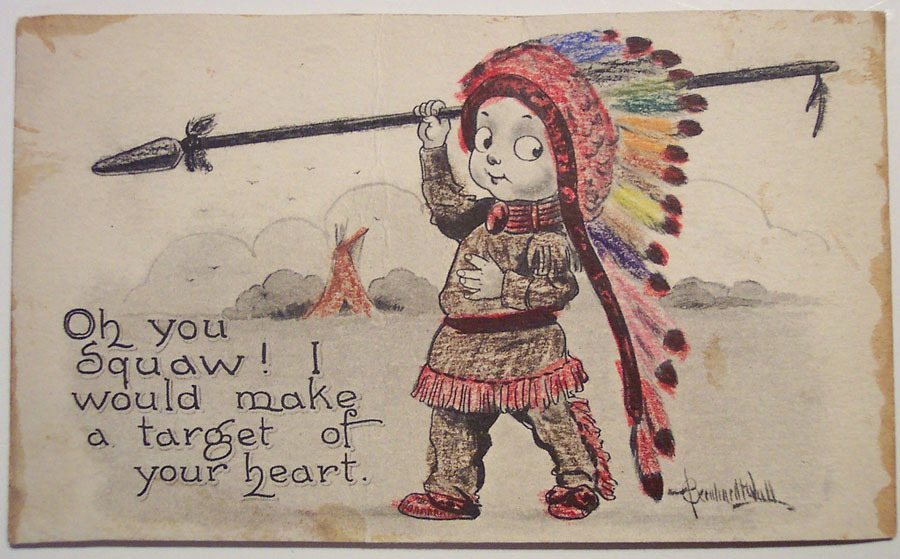 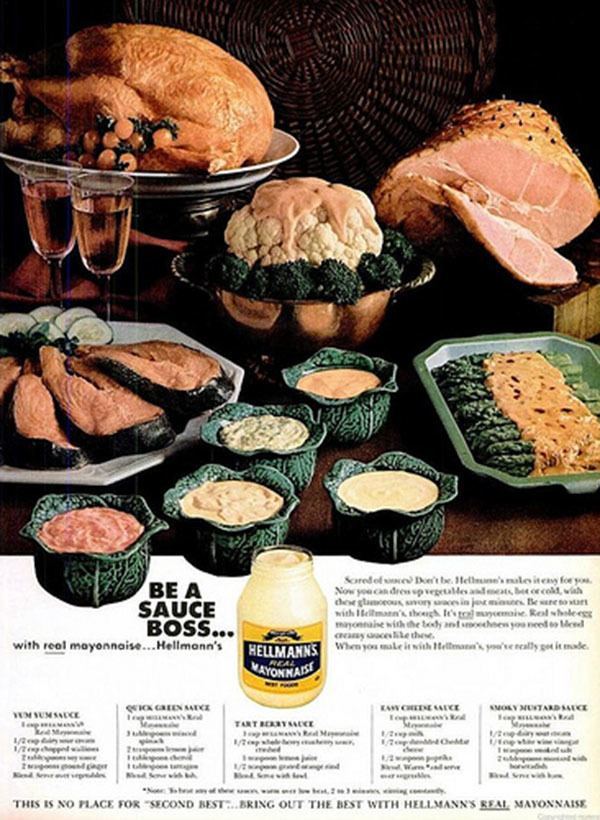 Mayonnaise goes well with everything, if you're a sauce boss.The Vintage News 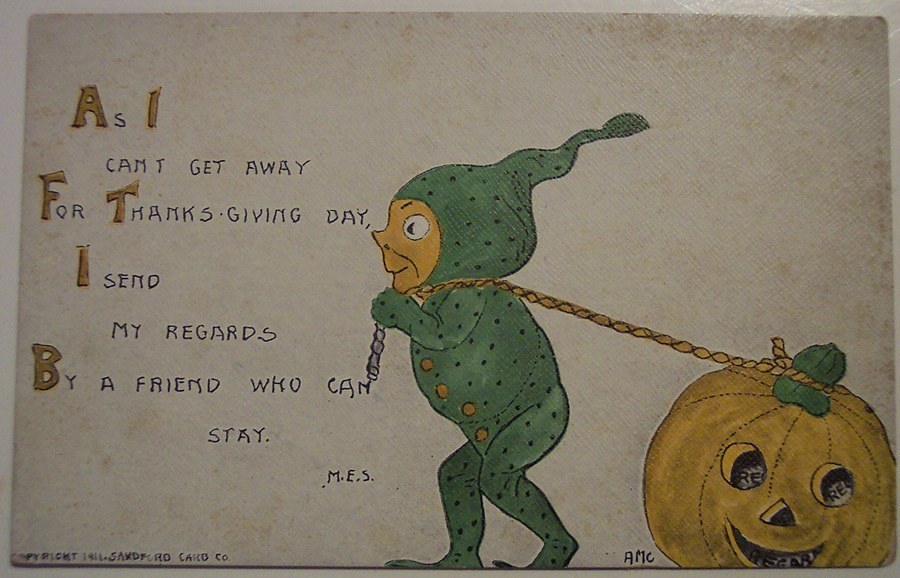 Sorry I can’t come to your party, but I can leave this rotting jack-o-lantern at your house instead. We cool?Flickr - Photo Sharing! 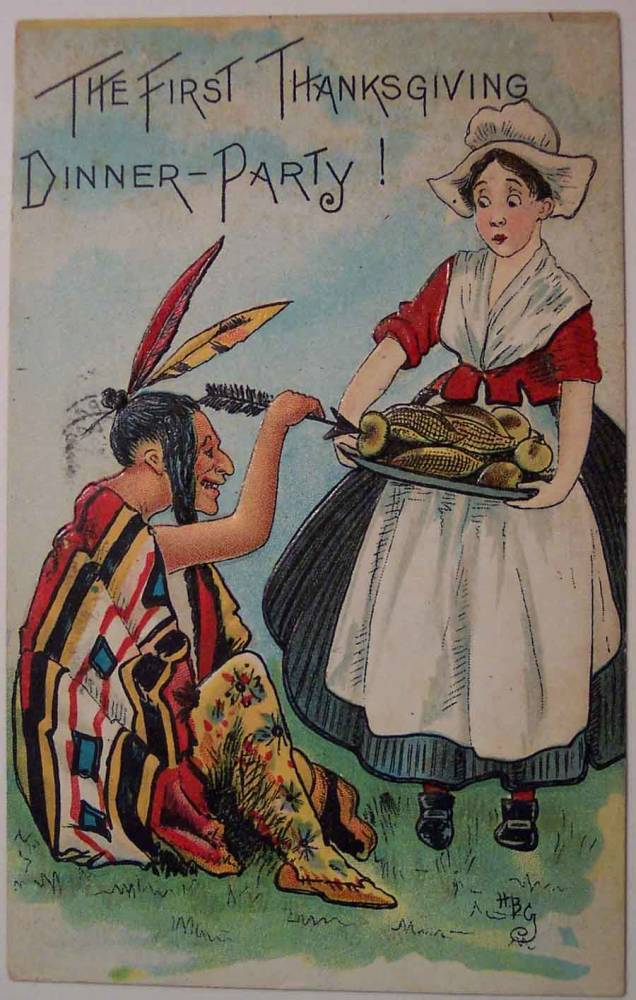 What were we thankful for back then? Apparently the fact it was somehow okay to make fun of Native Americans.Flickr 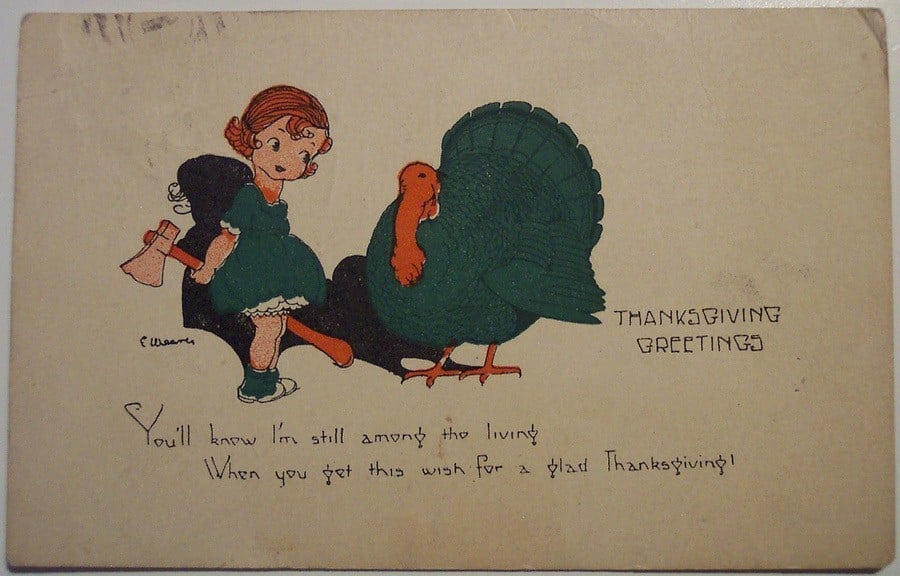 The greeting card for those family members who believe you may have met your untimely end at the hands of an axe murderer.Flickr 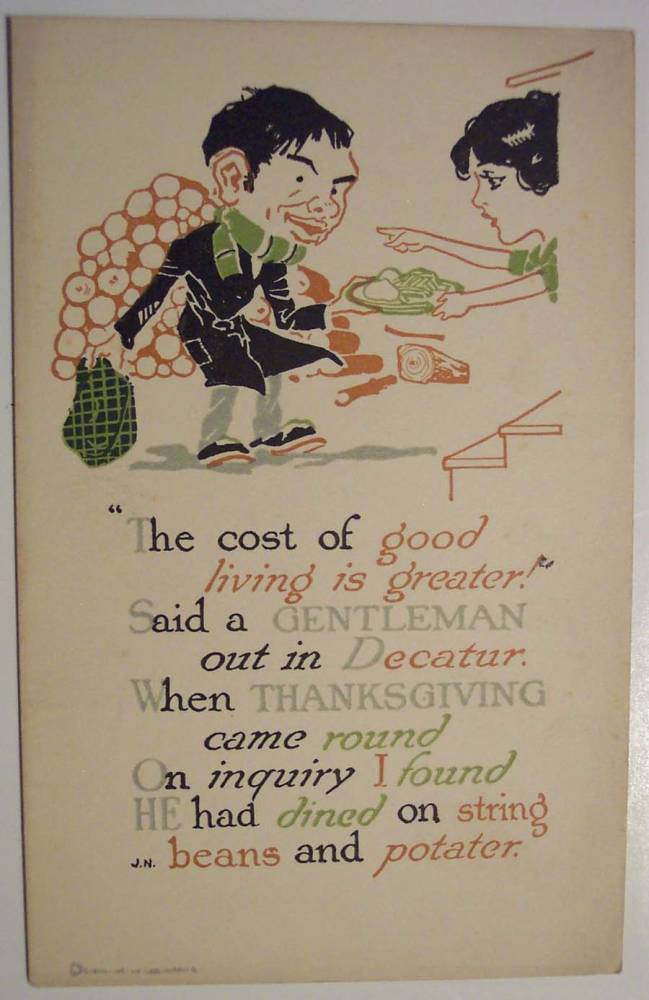 Old Thanksgiving proverb: If a homeless man carrying logs shows up at your door on Thanksgiving, be sure to give him a vegetarian meal before telling him to leave your property, or you will call the police. Flickr 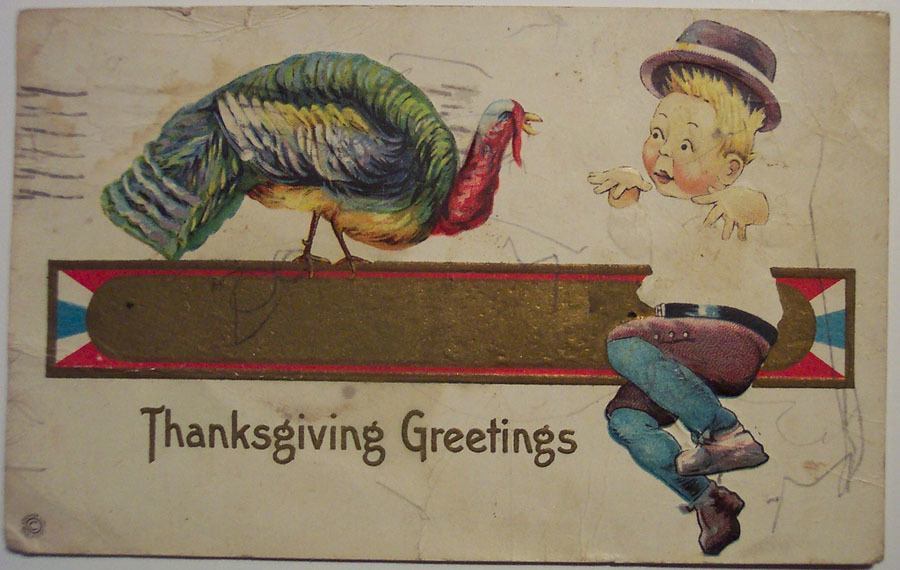 Some do not own an axe, and therefore have to send their creepiest child outside to scare the Thanksgiving turkey to death. Flickr 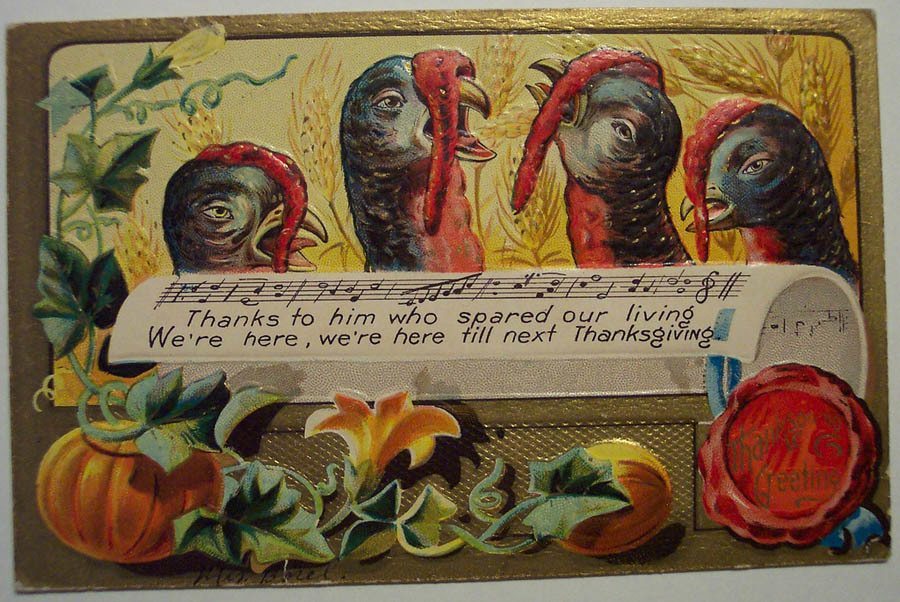 You’ve spared our lives, now let us sing you the song of our people. Flickr 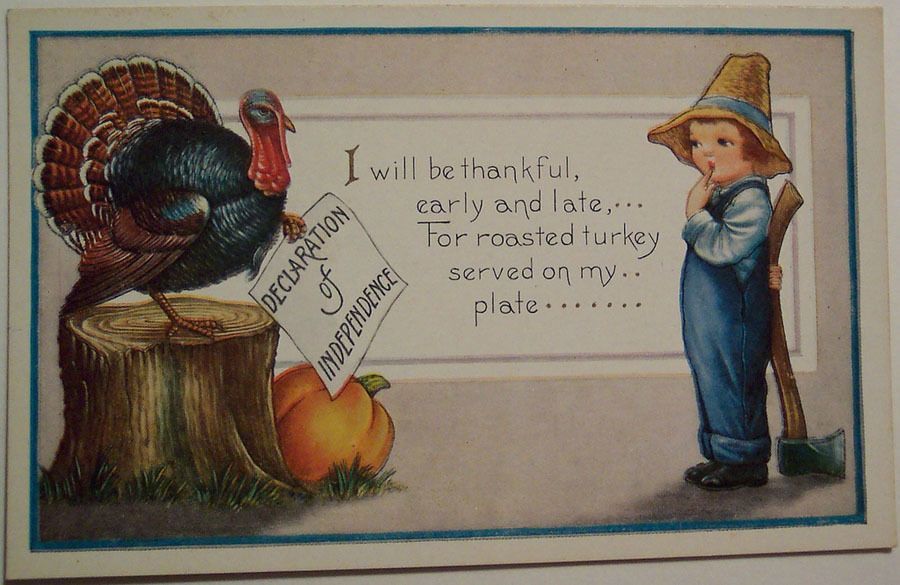 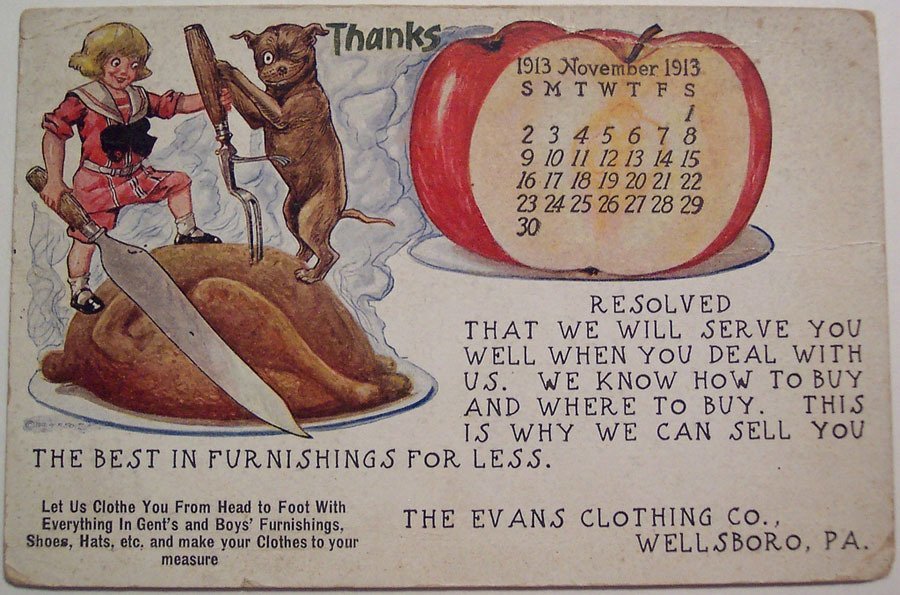 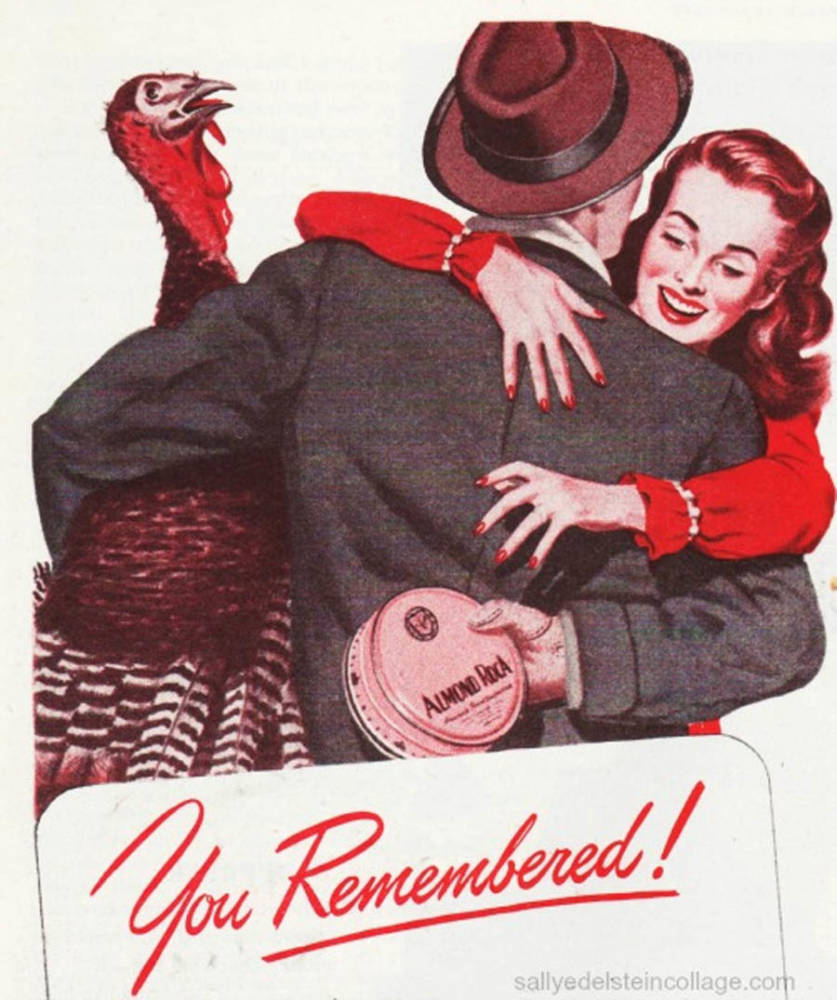 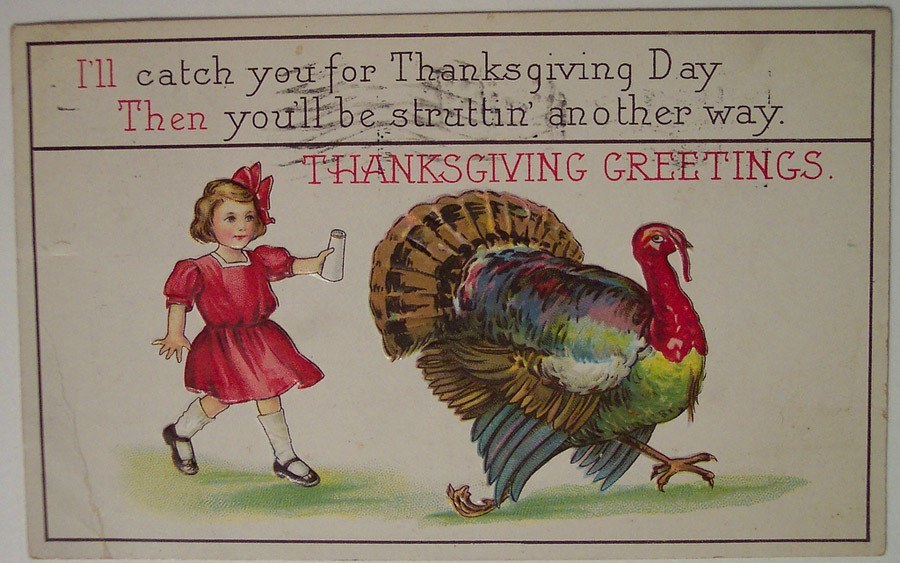 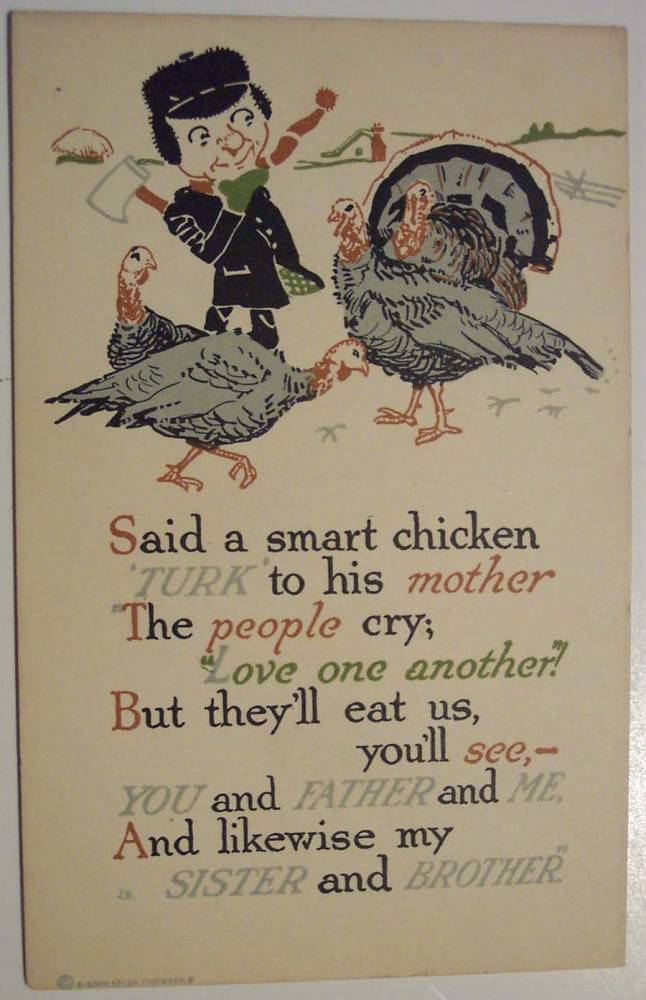 Morbid poetry: What Thanksgiving dreams are made of. Flickr 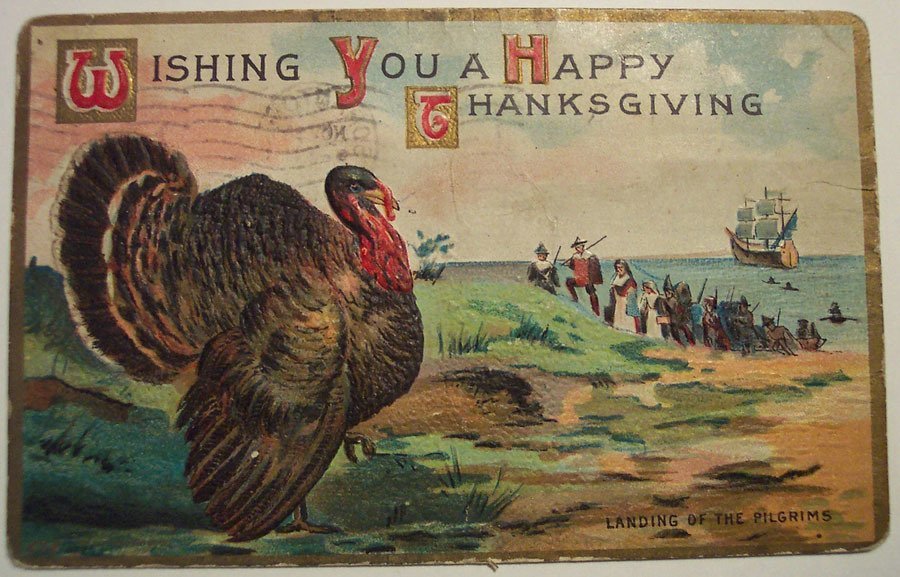 I’ve got a bad feeling about this...Flickr - Photo Sharing! 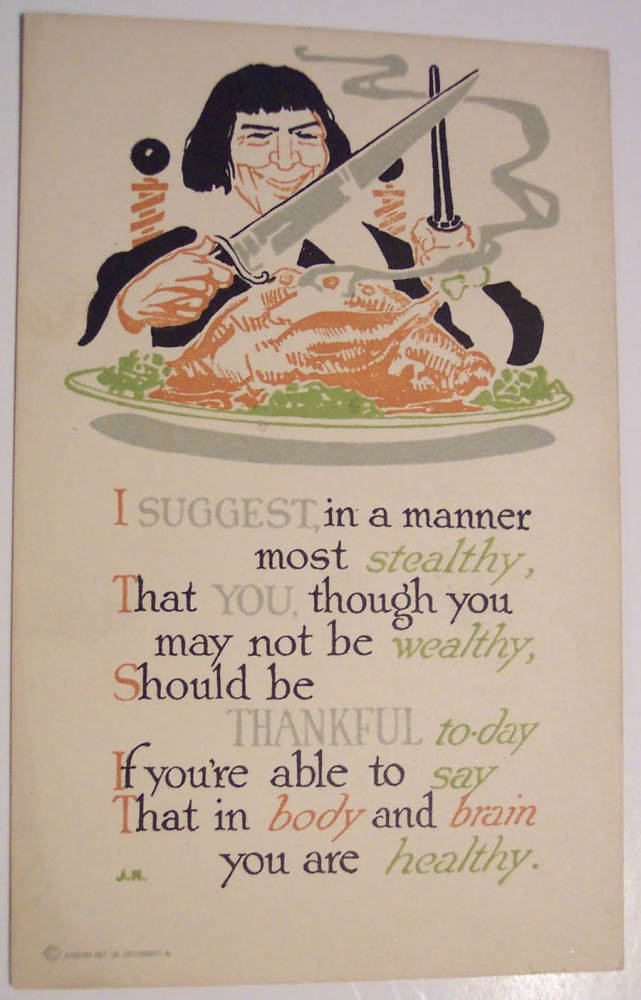 I am Pilgrim Ricardo Montalban, and I welcome you to Thanksgiving dinner. Flickr 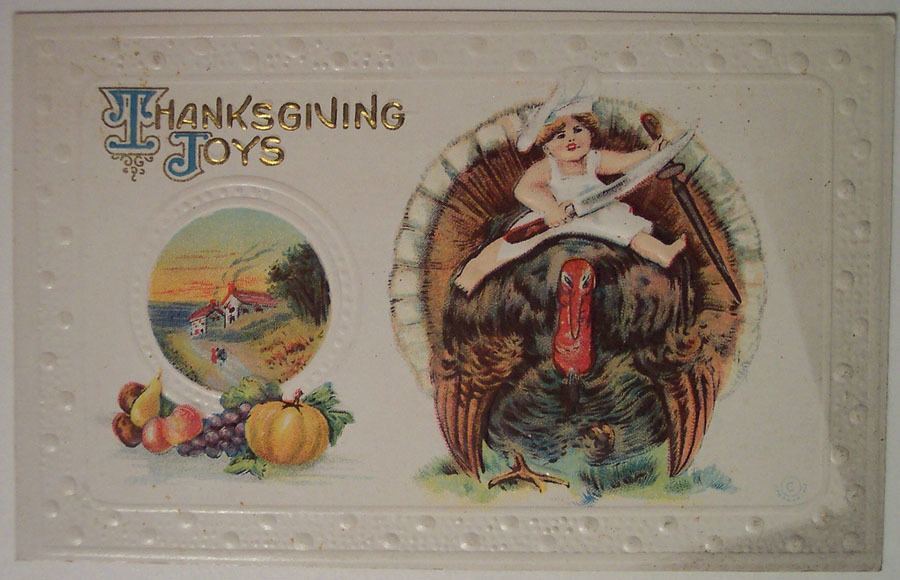 I may have eaten some fermented cranberries, because I just saw a fat, knife-wielding baby riding a turkey. Flickr 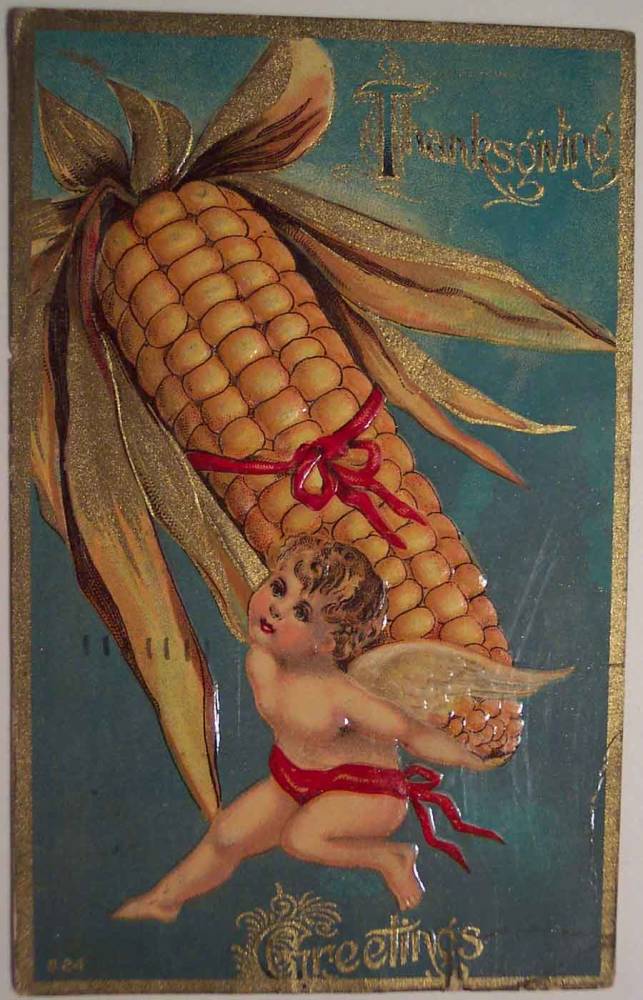 Each cob is painstakingly delivered ear by ear — on the backs of tiny corn cherubs. Flickr 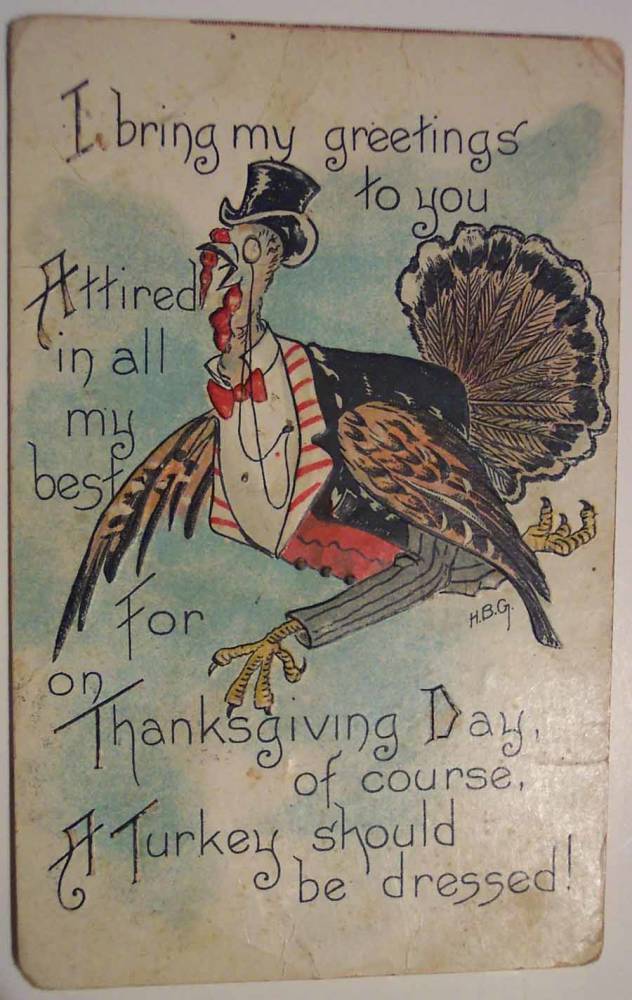 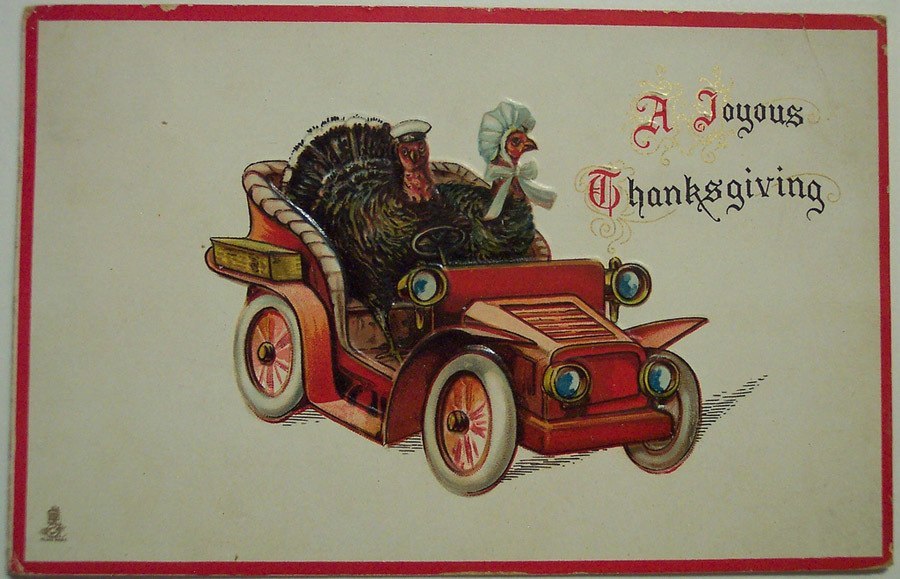 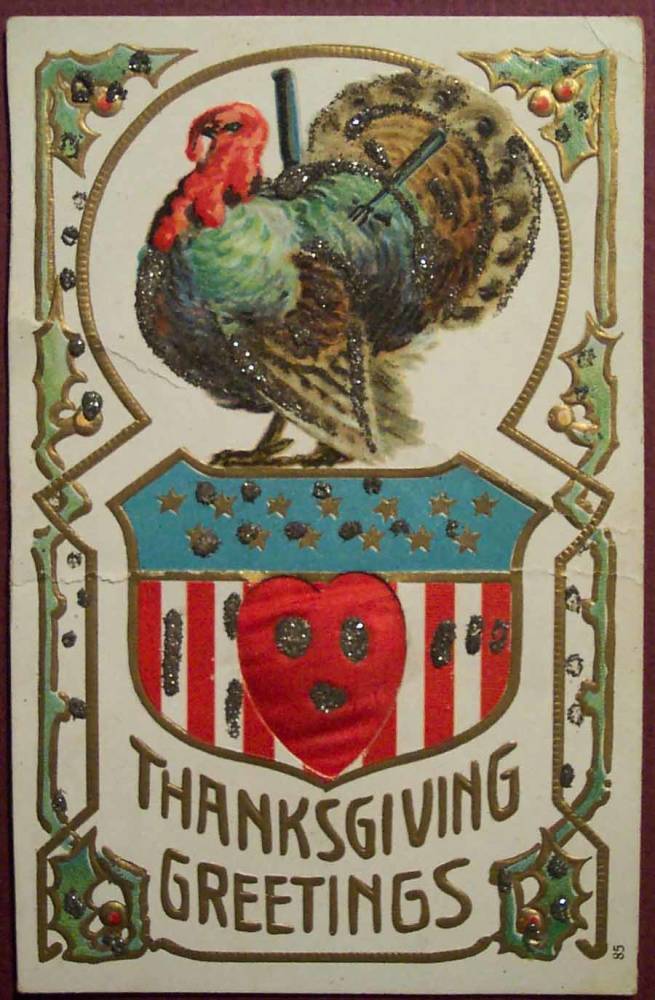 This bird comes pre-loaded with cutlery, for your convenience! Flickr 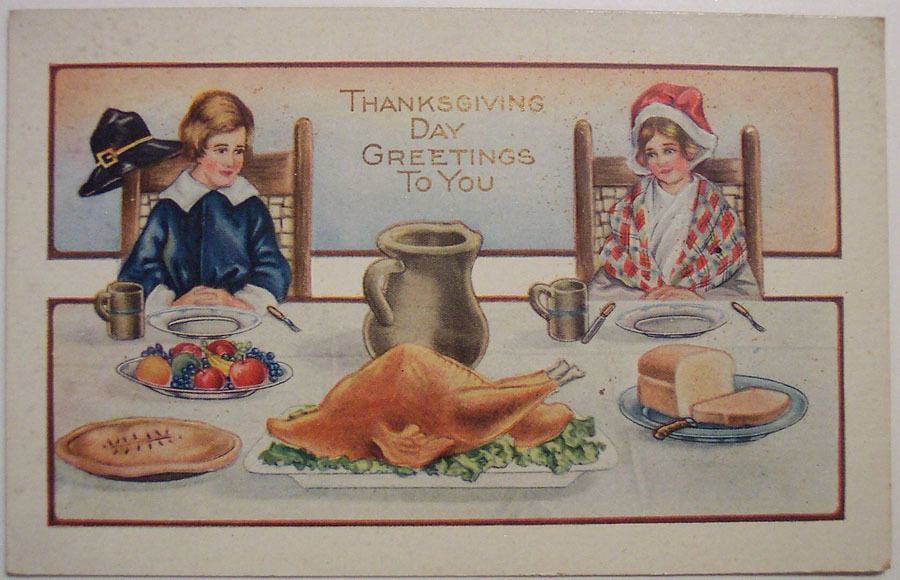 Be sure to sit one full turkey-width away from your spouse on Thanksgiving, lest you wish to be burdened with a pointy-beaked firstborn . Flickr - Photo Sharing! 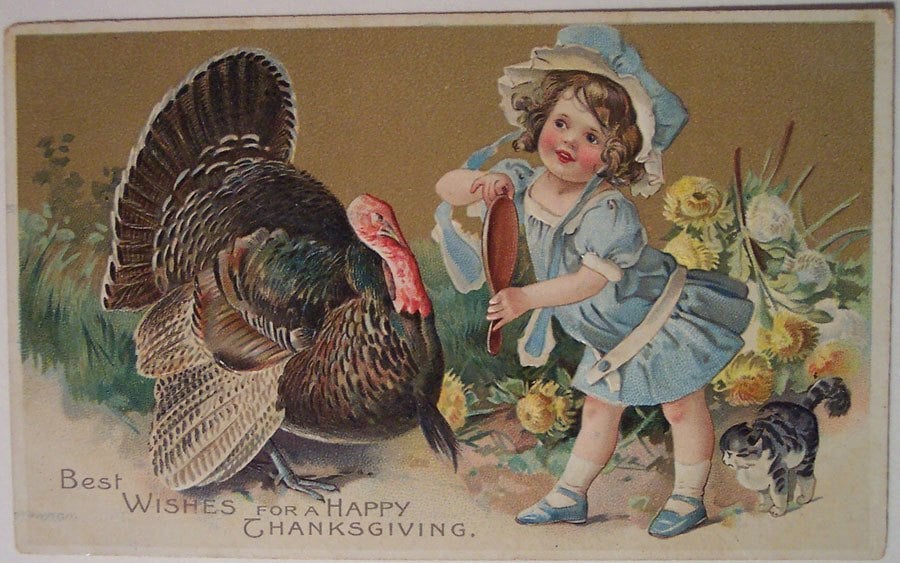 Mirror mirror on the wall, who is the tastiest one of all? Flickr 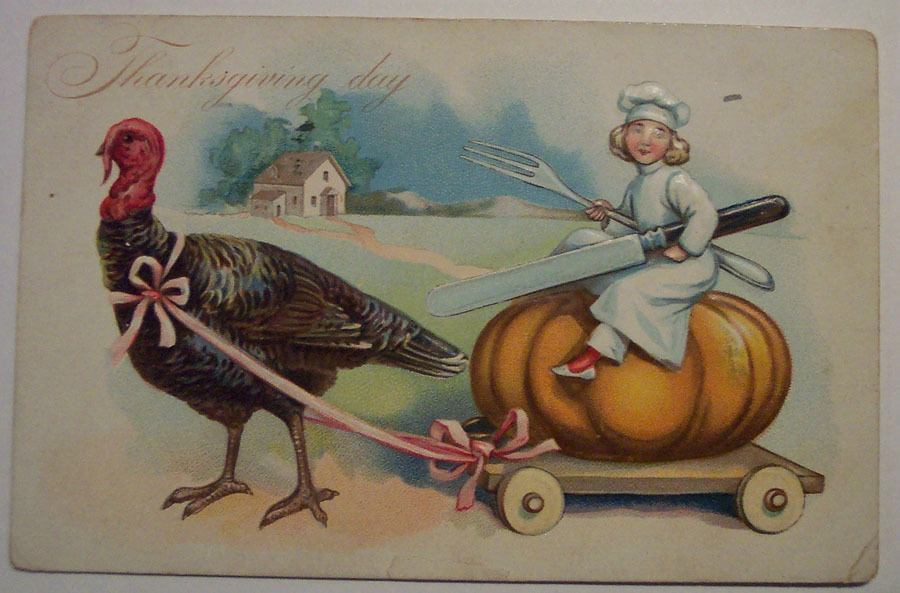 Just a little further, Mr. Gobble, then you can rest — forever. Flickr 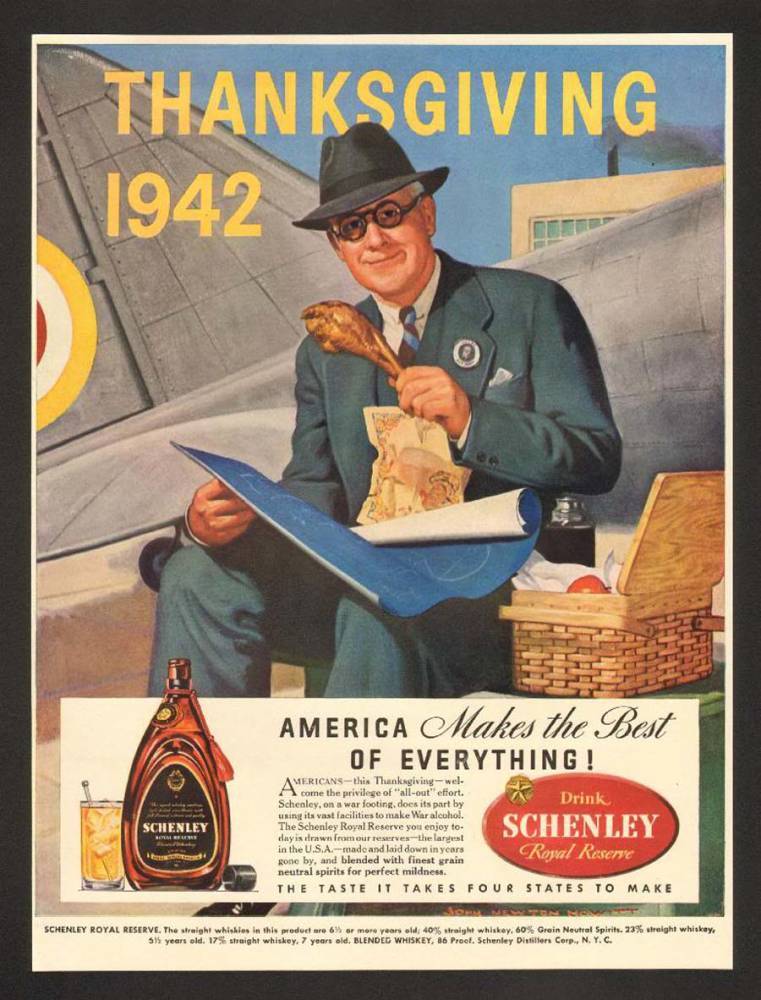 In 1942, men drank away their problems with Schenley Royal Reserve whiskey while eating their Thanksgiving dinner — over blueprints in front of a fighter plane. Why did this tradition have to end? Izismile 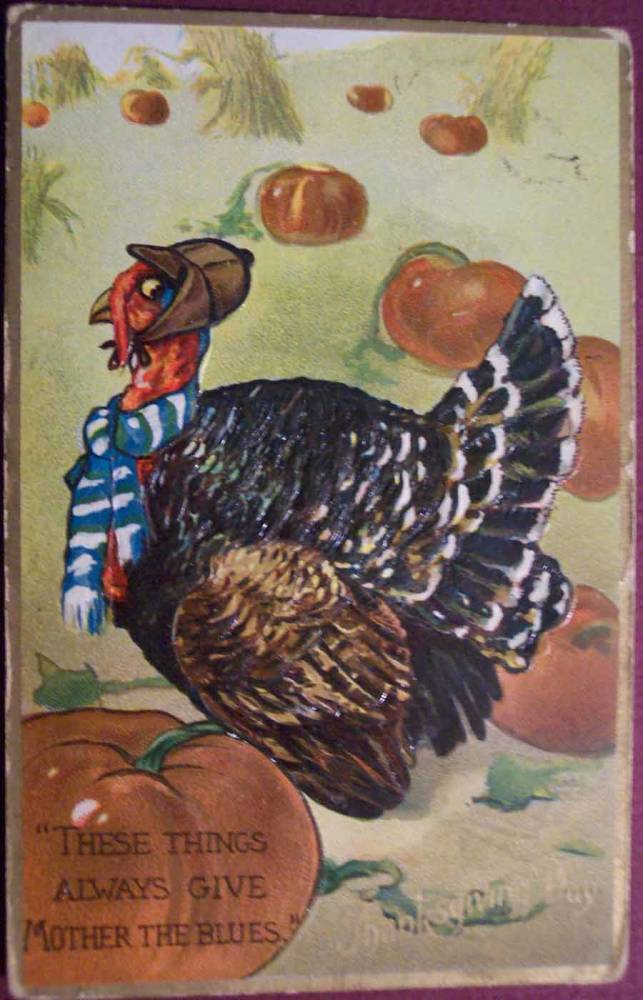 Turkey mothers: “Bundle up, it’s cold out there! Do you want to catch your death?” Flickr

Liked these ads? Be sure to check out these bizarre and offensive vintage advertisements.