These Black Friday facts will have you staying home.

As Thanksgiving approaches, so too does Black Friday, an annual reminder that as much as we like to give thanks, we absolutely love to consume goods. Whether you participate or not, the colossal shopping day has become firmly embedded within our cultural fabric. Here are some Black Friday facts you may find shocking: 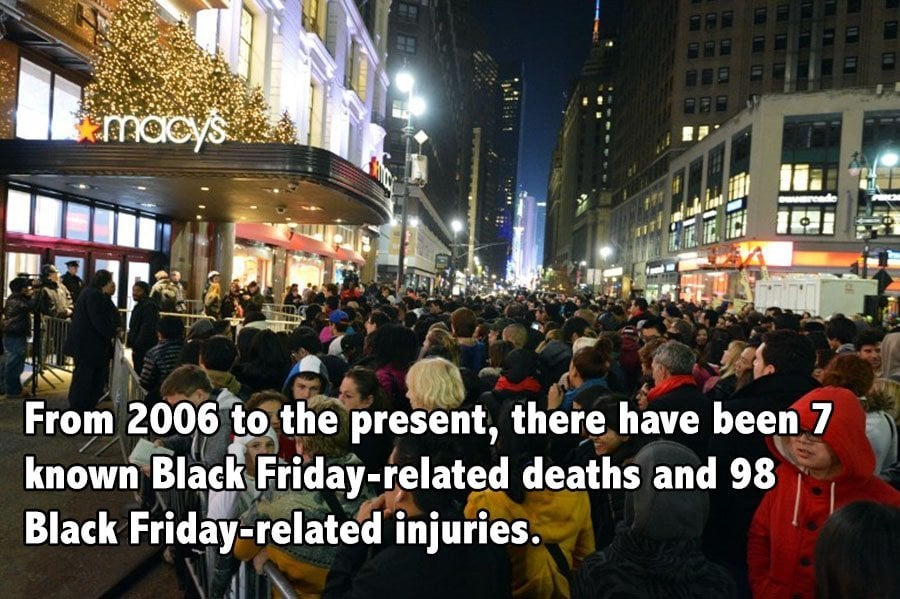 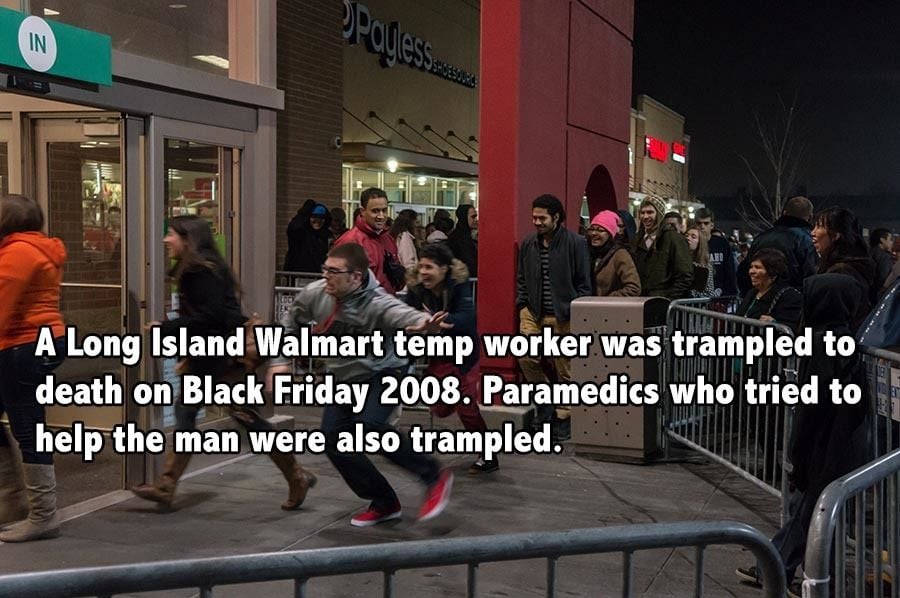 A Long Island Walmart temp worker was trampled to death on Black Friday 2008. Paramedics who tried to help the man were also trampled.Wikimedia Commons/Powhusku 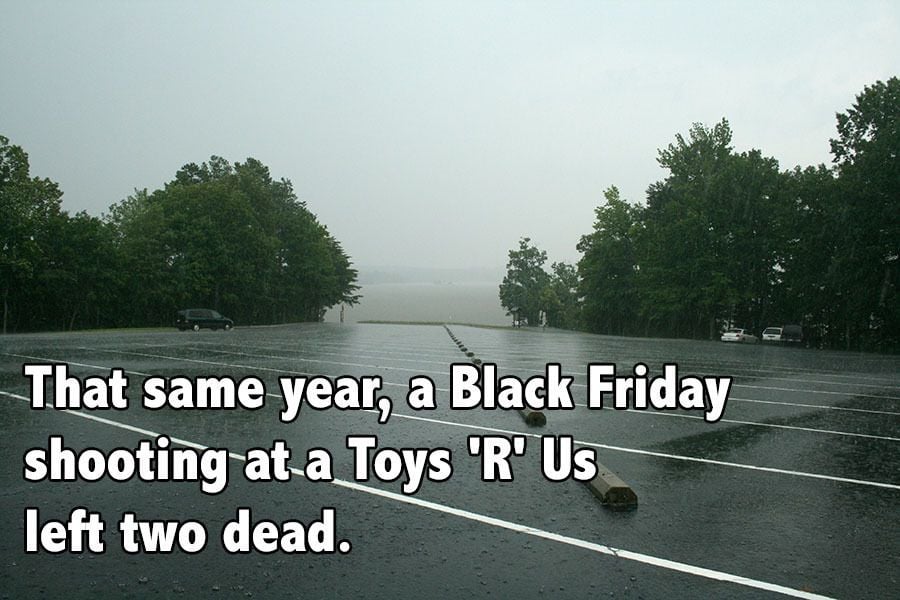 That same yaer, a Black Friday shooting at a Toys 'R' Us left two dead.Wikimedia Commons 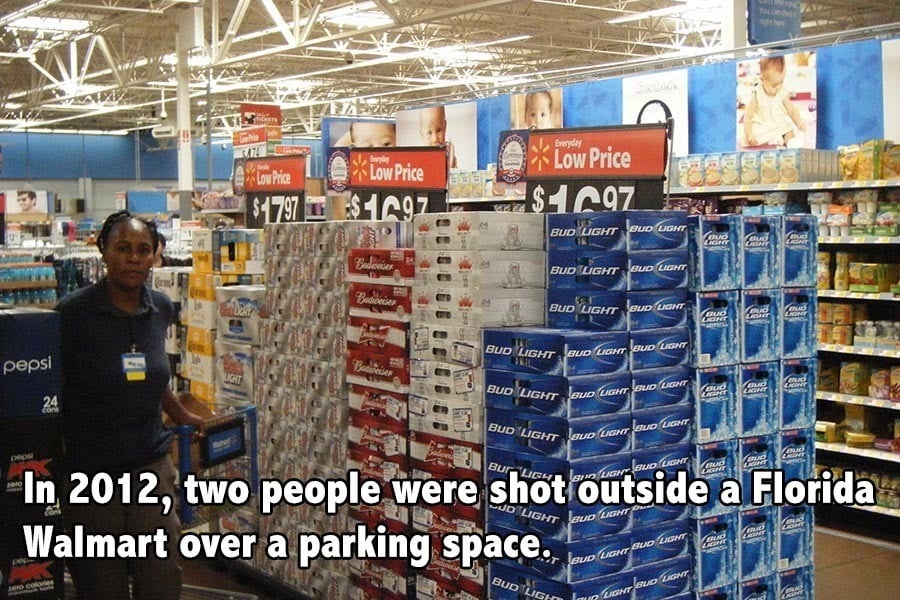 In 2012, two people were shot outside a Florida Walmart over a parking space.Wikipedia 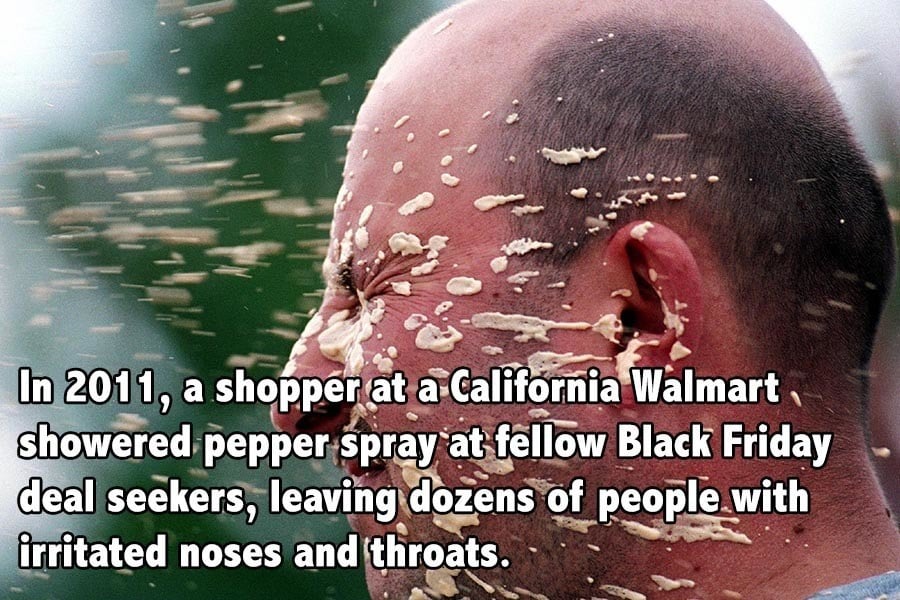 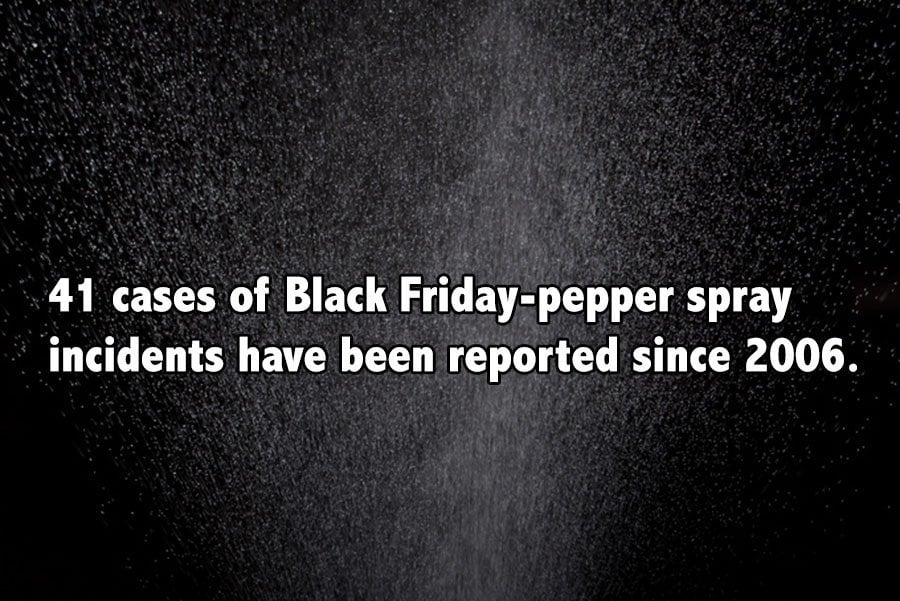 41 cases of Black Friday pepper spray incidents have been reported since 2006.Wikipedia 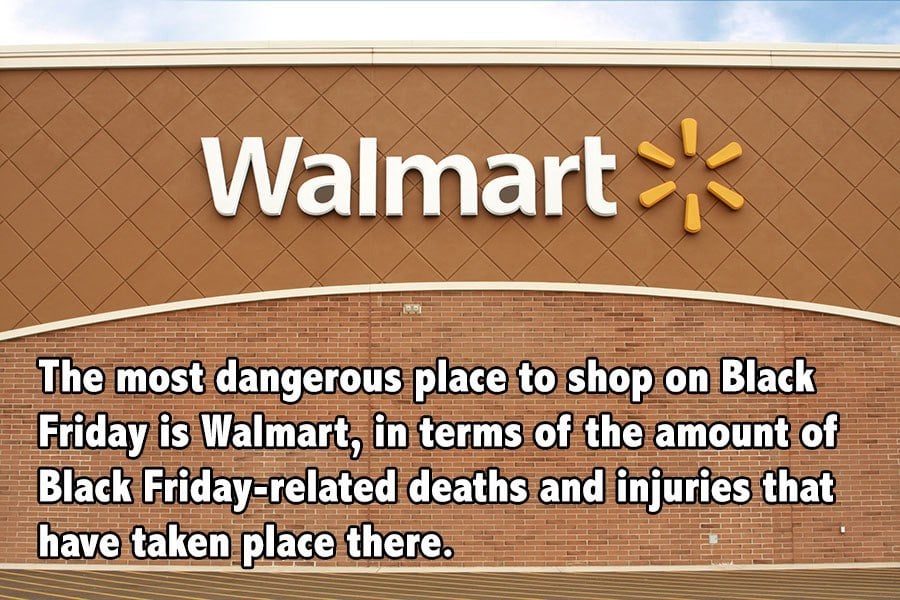 The most dangerous place to shop on Black Friday is Walmart, in terms of the amount of Black Friday-related deaths and injuries that have taken place there.Flickr/Walmart 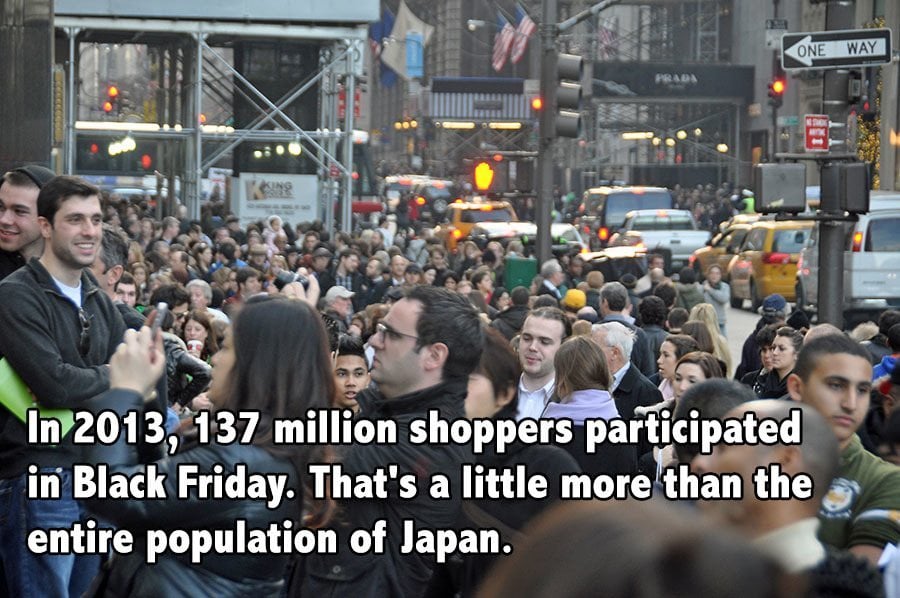 In 2013, 137 million shoppers participated in Black Friday. That's a little more than the entire population of Japan.Wikimedia Commons/JoelinQueens 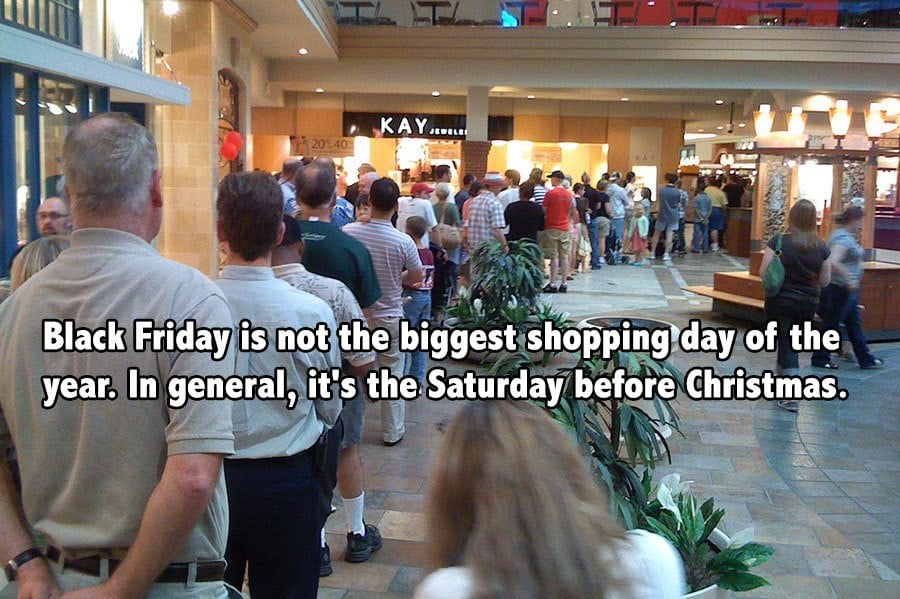 Black Friday is not the biggest shopping day of the year. In general, it's the Saturday before Christmas.Flickr/The Pug Father 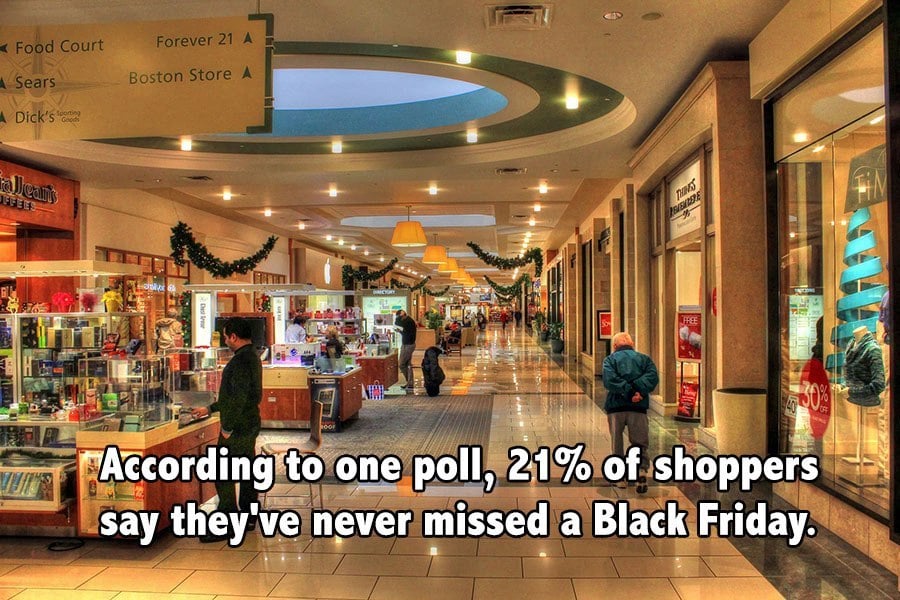 According to one poll, 21% of shoppers say they've never missed a Black Friday.Pixabay 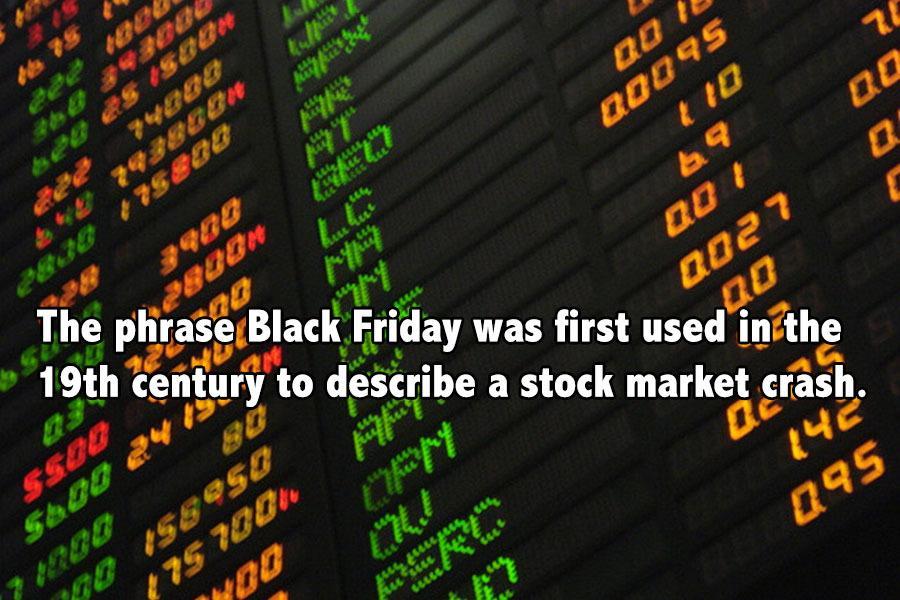 The phrase Black Friday was first used in the 19th century to describe a stock market crash.Wikipedia 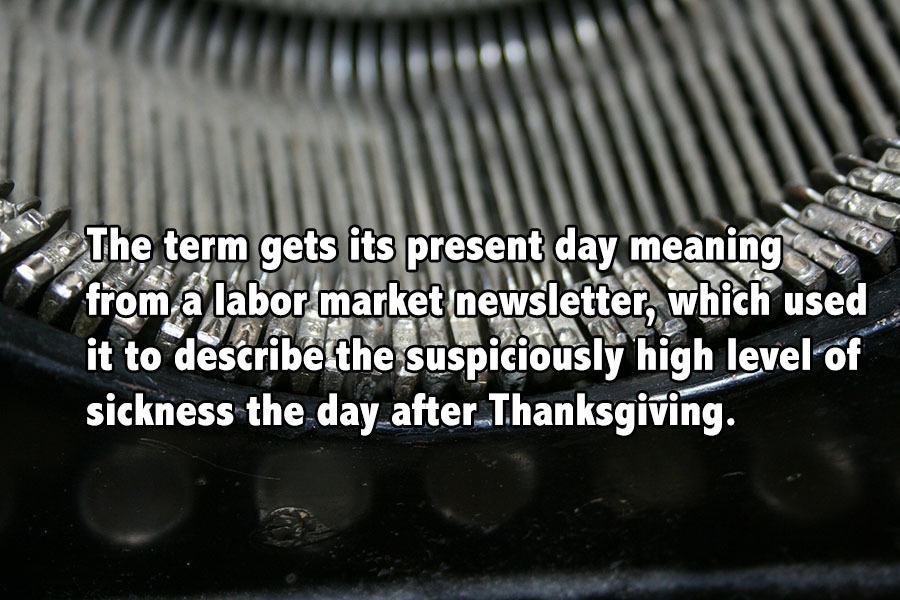 The term gets its present day meaning from a labor market newsletter, which used it to describe the suspiciously high level of sickness the day after Thanksgiving.Pixabay 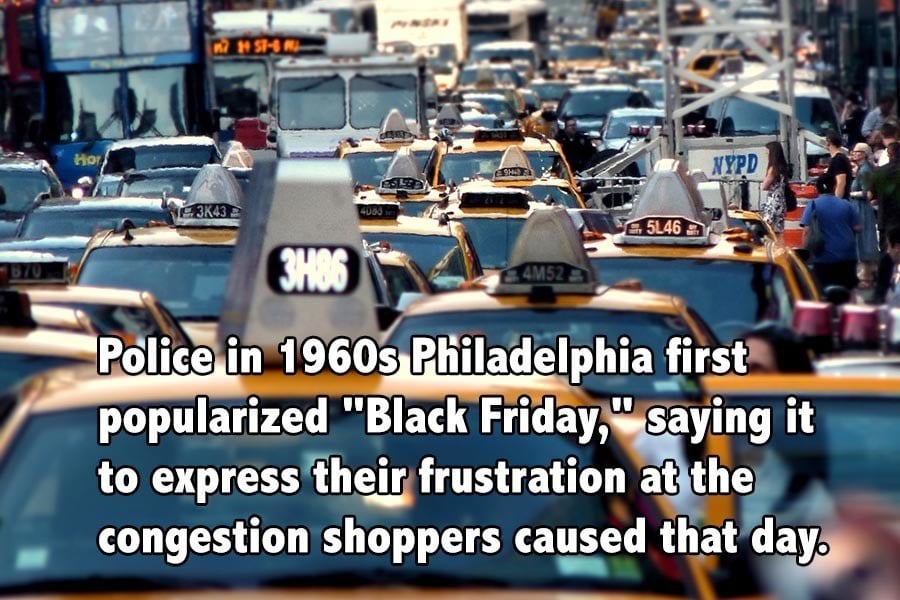 Police in 1960s Philadelphia first popularized "Black Friday," saying it to express their frustration at the congestion shoppers caused that day.Flickr/Joiseyshowaa 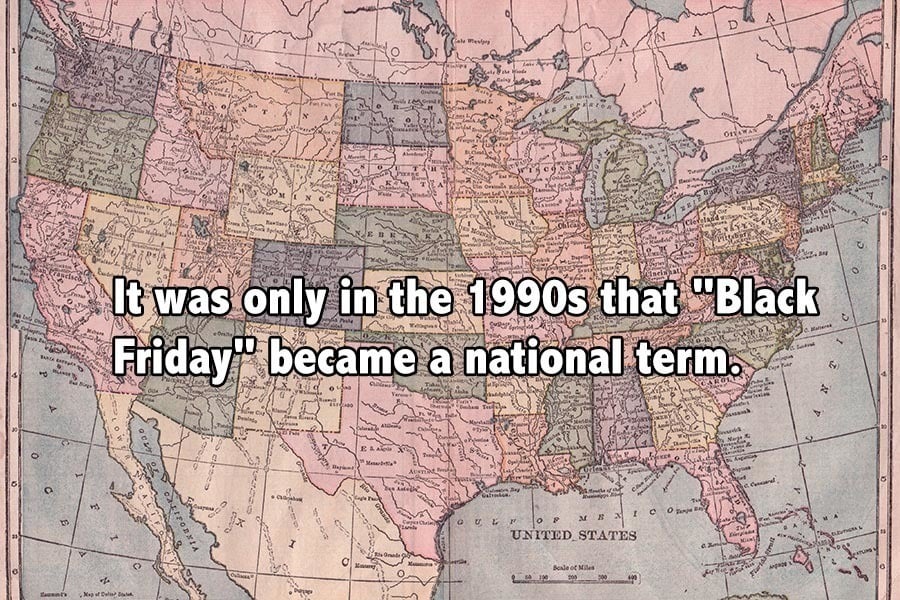 It was only in the 1990s that "Black Friday" became a national term.Flickr/Sue Clark 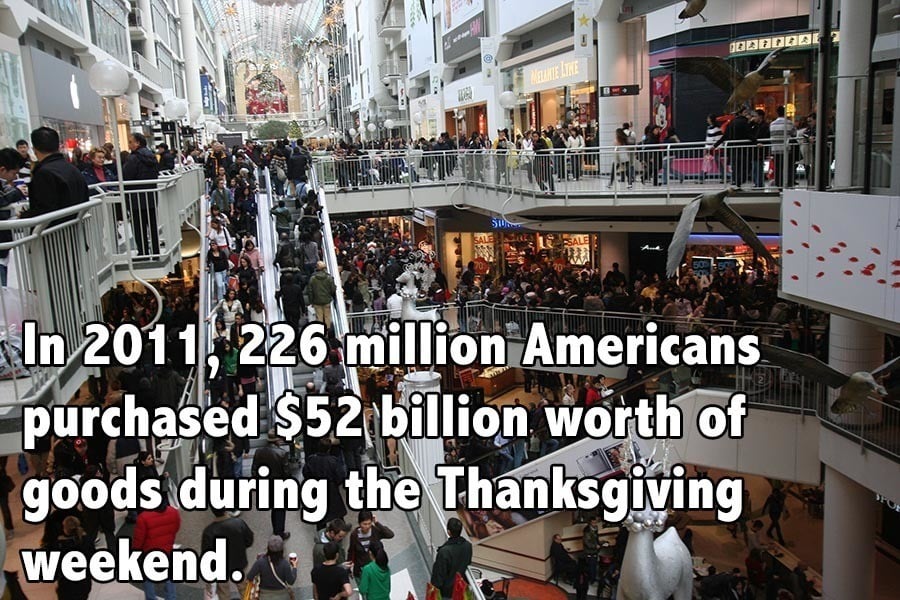 In 2011, 226 million Americans purchased $52 billion worth of goods during the Thanksgiving weekend.Wikimedia Commons 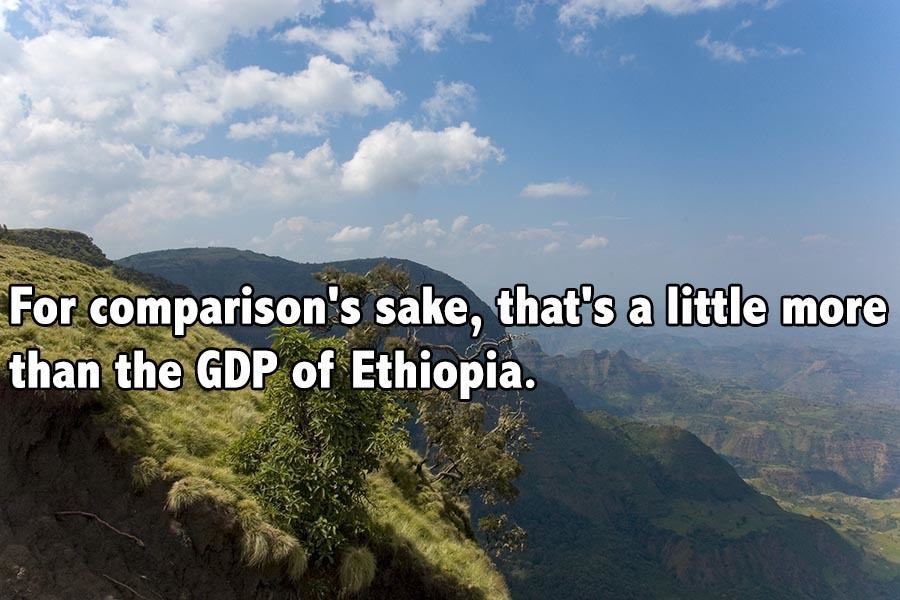 For comparison's sake, that's a little more than the GDP of Ethiopia.Wikimedia Commons/A. Davey 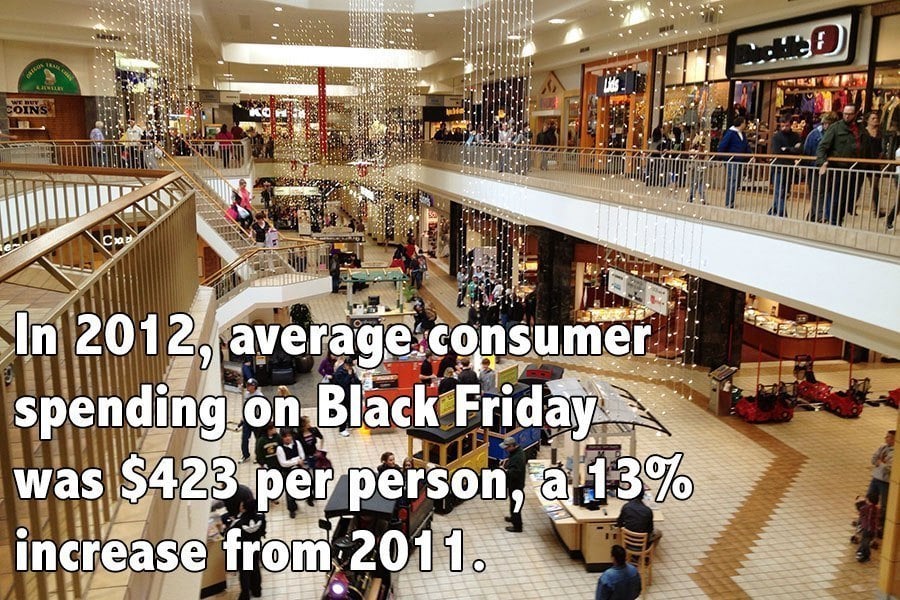 In 2012, average consumer spending on Black Friday was $423 per person, a 13% increase from 2011.Wikimedia Commons/Ray Bouknight 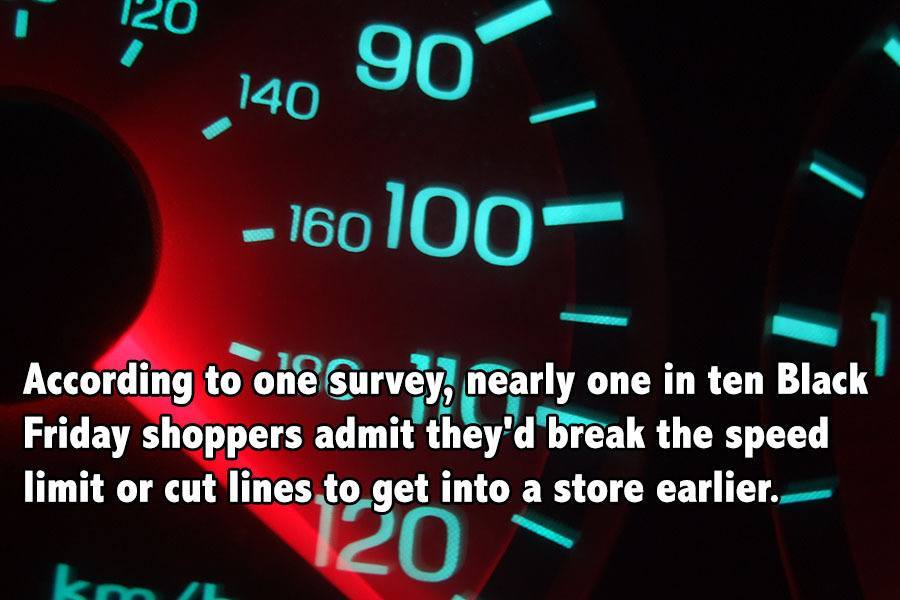 According to one survey, nearly one in ten Black Friday shoppers admit they'd break the speed limit or cut lines to get into a store earlier.Flickr/Nathan E. Photography 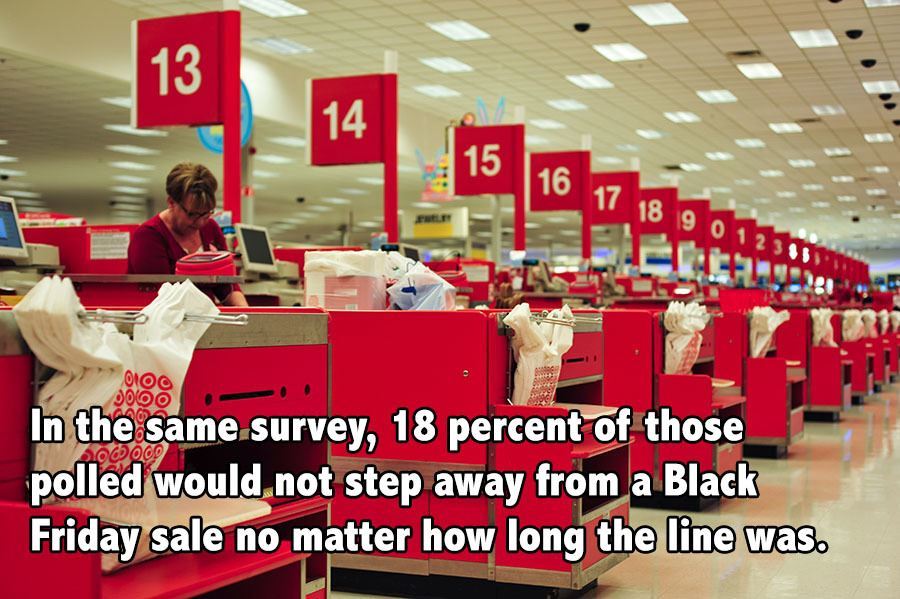 In the same survey, 18 percent of those polled would not step away from a Black Friday sale no matter how long the line was.Flickr/Patrick Hoesly 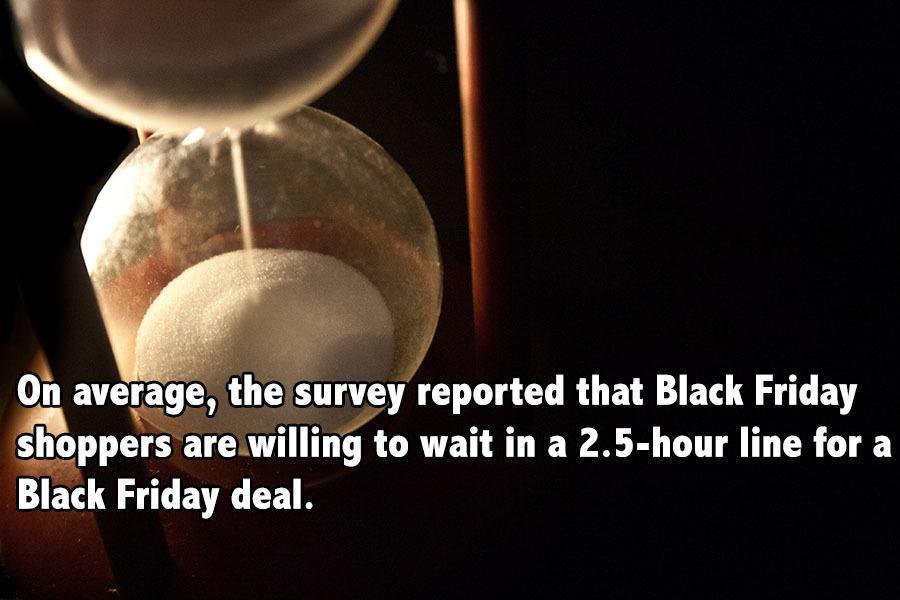 On average, the survey reported that Black Friday shoppers are willing to wait in a 2.5 hour line for a Black Friday deal.Flickr/Judit Klein 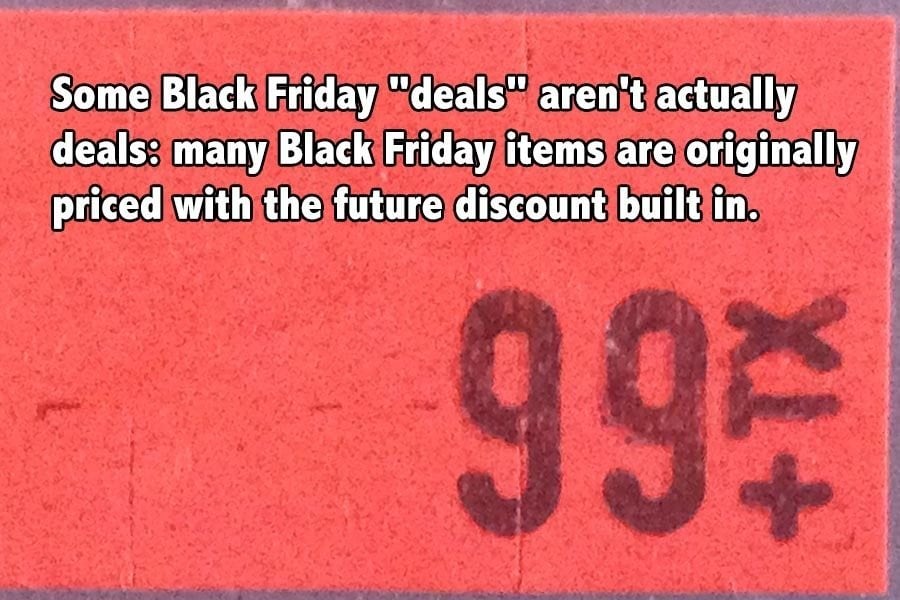