From stampedes at Walmart to brawls at Target, these horrific stories explain why the Black Friday death count keeps rising each year. 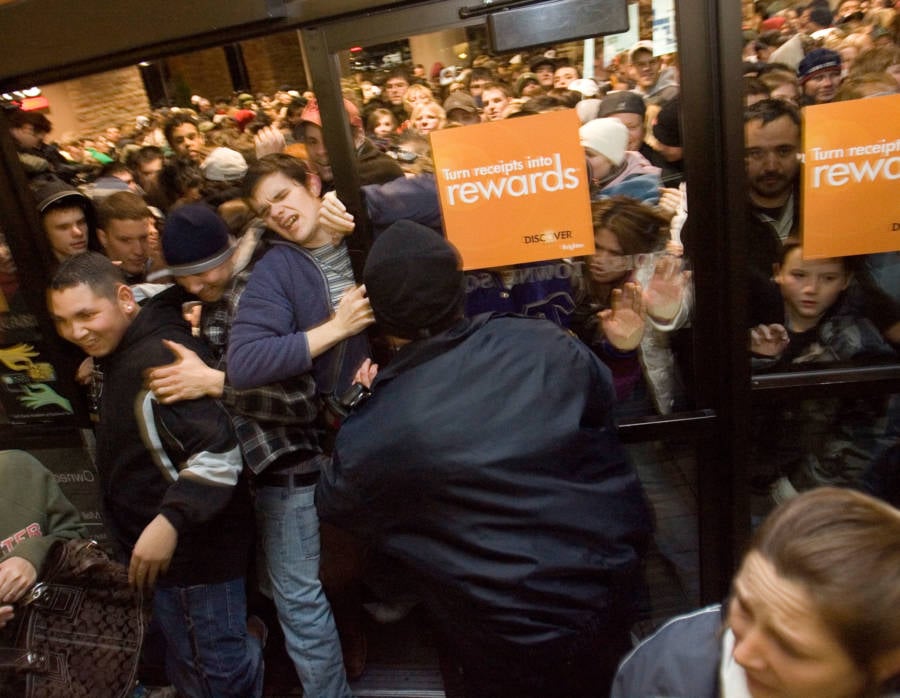 Black Friday is more than one of the biggest shopping events of the year: It’s a frenzy. On the day after Thanksgiving, shoppers looking for major bargains line up at malls nationwide and wait patiently until the stores open for their chance to buy new products for a fraction of the normal price. The ensuing chaos has gotten so bad that it’s left a trail of Black Friday deaths in its wake.

The first recorded use of the term “Black Friday” was on September 24, 1869, and it had nothing to do with shopping — it was dubbed as such due to the crash of the U.S. gold market.

Jay Gould and Jim Fisk, two Wall Street financiers, had bought as much of the nation’s gold as they could in hopes that they could drive up the price for gold and sell it back for an incredible profit. Their plot fell through and sent the stock market plummeting. 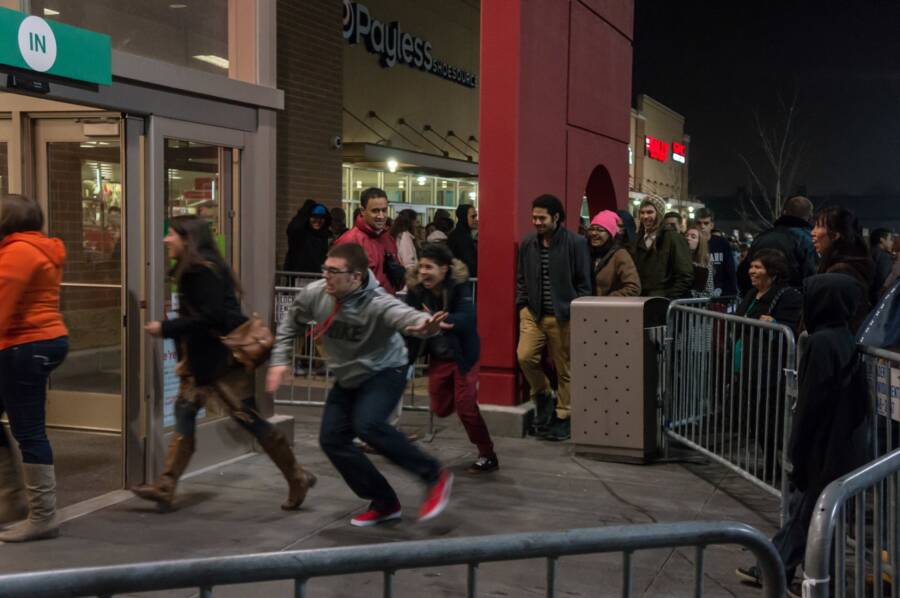 The first use of the term Black Friday as Americans of today now know it is widely debated. A story that’s commonly told is that the day after Thanksgiving marks the day that stores start turning a profit for the year. In accounting, losses are recorded in red and profits are recorded in black. Therefore, “Black Friday” signals when stores switch recording their earnings from red to black as they begin to turn large profits.

Another more grim myth regarding Black Friday’s origin suggests that in the 1800s, Southern plantation owners were able to buy slaves at a discount the day after Thanksgiving. This theory, however, has no historical evidence to back it up.

The most concrete story that reveals the origin of Black Friday actually begins in 1950s Philadelphia. Police in the city used the term “Black Friday” to describe the chaos that ensued in Philly the day after Thanksgiving. 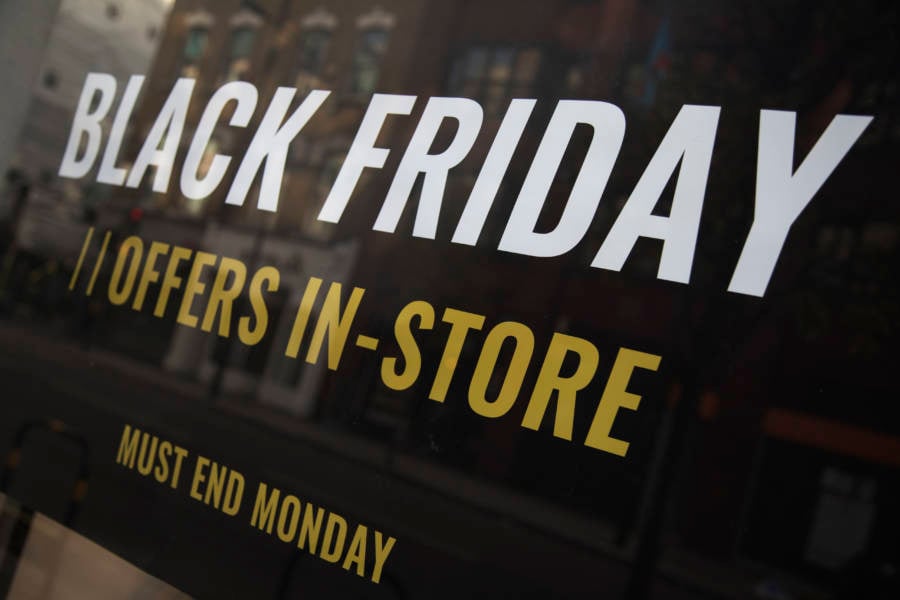 Philadelphia played host to the highly coveted Army-Navy football game, which took place on the Saturday after Thanksgiving every year. Everyone attending the game flocked to the city the Friday before and police were forced to work overtime for crowd control purposes. It also meant that businesses in the city got a major boost in sales.

In the early 1960s the term had caught on locally, and stores wanted to change it from “Black Friday” to “Big Friday” so that the term used would have a more positive connotation. But “Black Friday” stuck and their effort proved unsuccessful.

In the 1980s, retailers took the concept of “Black Friday” and turned it around to attract more people into their stores for door-busting, one-day sales. Doors opened earlier, even as soon as Thursday night. But Black Friday has evolved into an event that people covet so much that disasters have ensued from these sales.

The increase in crowds as the years went made Black Friday progressively more unsafe. Shoppers have been trampled and injured after eager storms of crowds flooded into stores seconds after the doors opened. People have gotten into fights over products, and in some instances, people have actually died.

Here’s a closer look at each of these Black Friday deaths:

The First Recorded Black Friday Death: A Walmart Employee Is Trampled In 2008

Walmart employee on Long Island is trampled to death at the store on Black Friday.

The first of the recorded Black Friday deaths occurred in 2008 on Long Island. An employee at a Walmart in Valley Stream was trampled to death after shoppers stormed the store in the early hours of the day after Thanksgiving.

Police were called at around 3:30 p.m. after Jdimytai Damour, 34, suffered fatal injuries due to a crowd of more than 2,000 people who rushed the door and stomped all over him in the process. Others who suffered from injuries were taken to nearby hospitals to be treated, but Damour was the only person who lost their life.

An eyewitness of the terrifying scene said that despite the announcements of an employee killed due to the crowds, people continued to push their way into the store.

A Shooting At A Southern California Toys R’ Us

Black Friday shoppers shoot each other dead in Toys R’ Us.

After two women got into an altercation at a Toys “R” Us 120 miles east of Los Angeles, the men who had reportedly accompanied them engaged in a shootout that ended in them shooting each other to death.

Alejandro Moreno, 39, and Juan Meza, 28, lost their lives due to the altercation, but nobody else in the store was hurt as a result of the shooting. Black Friday deaths totaled three by the end of that year.