They were caught in the bathroom, where they were waiting for smaller students to come in so that they could slit their throats, drink their blood, and eat their flesh. 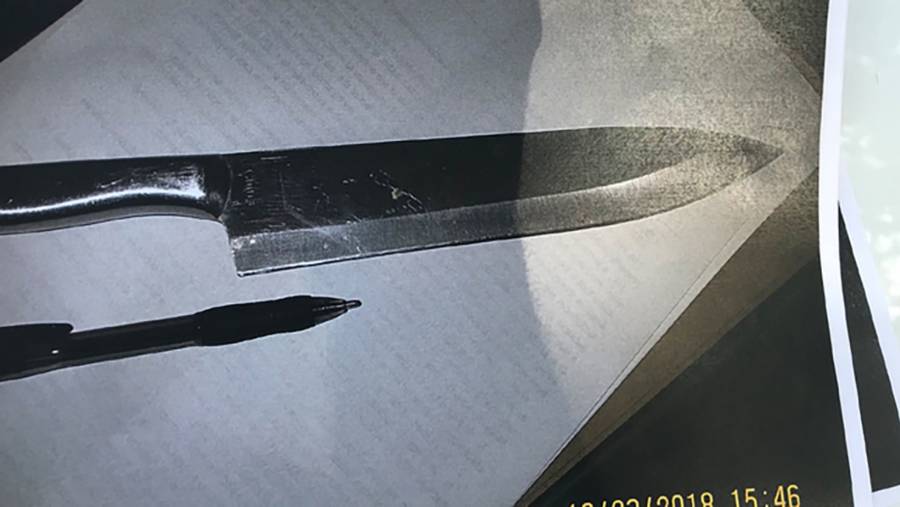 Bartow Police DepartmentA knife that the girls planned to use in carrying out their attacks.

Two middle school girls in central Florida were recently caught before carrying out their plan to murder their fellow classmates, cut up their bodies, and drink their blood as well as eat their flesh.

Police officials said that on Oct. 23, the girls, ages 11 and 12, brought knives to school in order to execute their plot, according toTIME. The two girls were arrested at Bartow Middle School that day upon being caught with the weapons in the school’s bathroom and have now been charged with conspiring to commit first-degree murder.

According to police, the girls’ plan was to set up in the bathroom and wait for smaller students to enter, at which point they intended to slit their throats and drink their blood, as well as consume their flesh.

The girls, who reportedly admitted to authorities that they are Satanists, then planned to stab themselves after they had completed their murder plot. Detectives say that the girls came up with the plot after watching “scary” movies over the weekend, per TIME.

“The plan was to kill at least 1 student but were hoping to kill anywhere from 15-25 students,” the affidavit said. “Killing all of these students was in hopes it would make them worse sinners ensuring that after they committed suicide … (they) would go to hell so they could be with satan.”

Their plan was foiled after a robocall was made to the parents of one of the girls, alerting them that she was missing from class. The child’s mother then called the school, which is when school officials went searching for her and found the two girls in the bathroom.

They were sent to the principal’s office after they were found with a butcher knife, a kitchen knife, a pizza cutter, and a goblet, according to CNN. 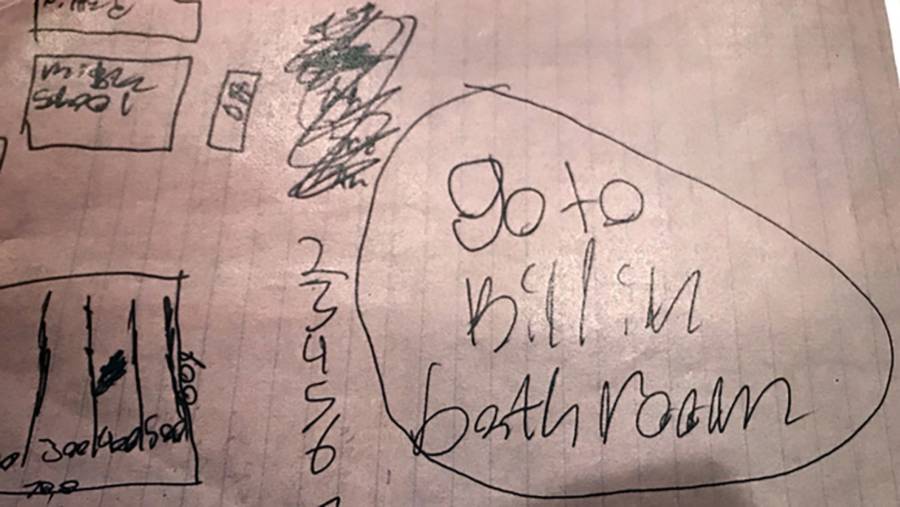 Fox 13The alleged map created by the girls that detectives found.

The girls were subsequently arrested and charged with conspiracy to commit murder, possession of a weapon on school property, carrying a concealed weapon, and disruption of a school function, Bartow Police Chief Joe Hall said during a news conference.

Detectives searched the homes of the girls and discovered what is allegedly a hand-drawn map of the school with the phrase “go to kill in bathroom” written on it. Fox News also reported that detectives also searched the girls’ phones and discovered incriminating exchanges, one of which read: “We will leave body parts at the entrance and then we will kill ourselves.”

Upon their arrest, the girls were sent to a juvenile detention center. According to an email sent to TIME, Deputy Police Chief Bryan Dorman said that it will be up to prosecutors to decide whether the girls will be charged as juveniles or adults.

Superintendent Jacqueline Byrd and Deputy Superintendent John Hill joined Bartow Chief of Police Joe Hall for a press conference today, to address an incident that took place at Bartow Middle School on Tuesday.Two Bartow Middle students have been arrested after bringing knives on campus and allegedly planning to attack other students. School staff quickly responded to a report of suspicious behavior; the students were taken into custody, and no one was harmed.As a precaution, additional law enforcement will be present on campus this week, and a team of counselors is available to assist students and staff. We greatly appreciate the efforts of the Bartow Police Department and are cooperating fully with their investigation.

There is no age minimum at which children in Florida can be prosecuted for a crime, and a law known as the “direct file” statute dictates that a prosecutor of a child has the power to move their case from the juvenile court system to an adult criminal court. While the statute recommends that the child be at least 14 or 15 years old, it’s the prosecutor that ultimately makes the final call — and that decision is made without judicial review and cannot be appealed.

According to Human Rights Watch, the juvenile court system aims to rehabilitate children that have committed crimes with the purpose of re-introducing them into society. Criminal courts, on the other hand, focus on punishment.

If the girls end up being prosecuted as adults, they may face jail time in an adult prison and have a criminal record for the rest of their lives — all before being of legal age to buy cigarettes, drink alcohol, and vote in an election.

Next, read up on Richard Chase and Peter Kürten, two partiocularly disturbing serial killers who drank their victims’ blood.