The first Macy's Thanksgiving Day Parade was held in New York City in 1924. These vintage pictures show just how much the parade has changed since then. 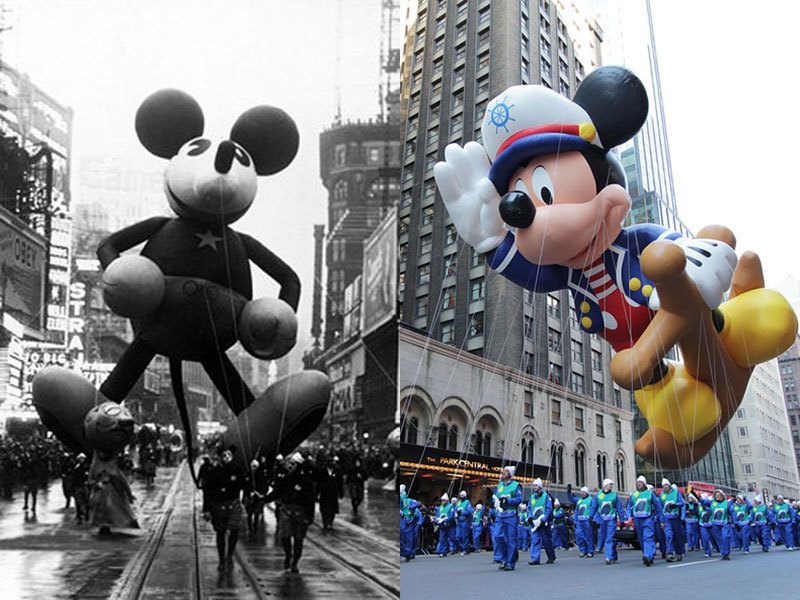 On Christmas Day in 1924, Macy’s employees rounded up professional bands, extravagant floats and animals from the Central Park Zoo, and marched to Macy’s on 34th Street in the first-ever Macy’s Day Parade. Drawing a crowd of about 250,000 people, the company instantly decided that the parade would be an annual event. 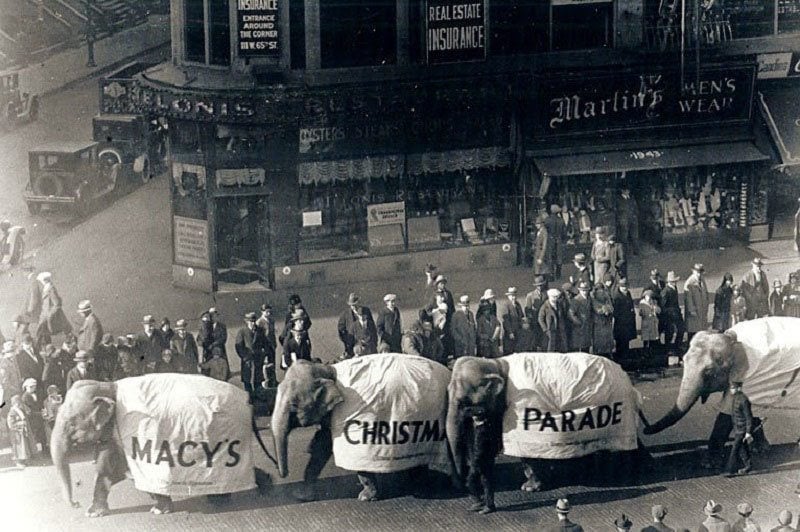 Animals and employees from the Central Park Zoo made up the first Macy’s parade, which was held in 1924. Source: Vintage Everyday 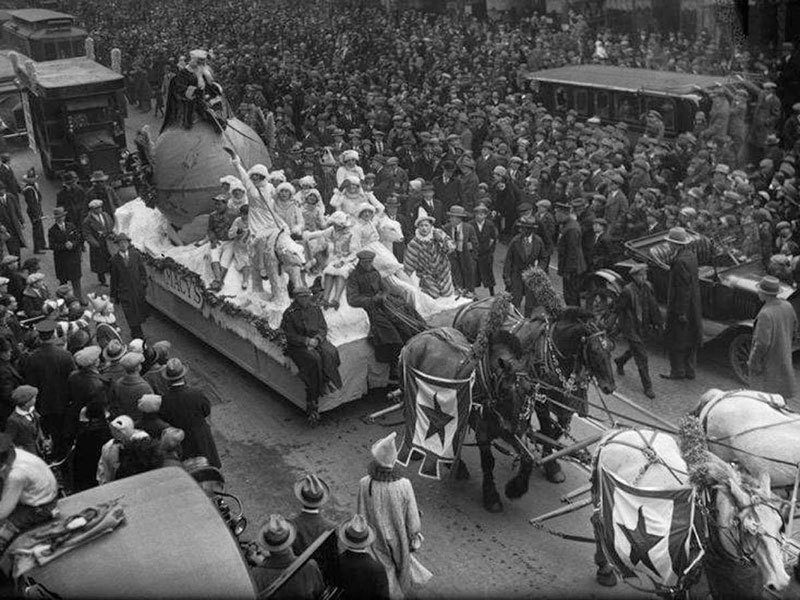 In 1925, Santa’s float was a crowd favorite. Source: Vintage Everyday 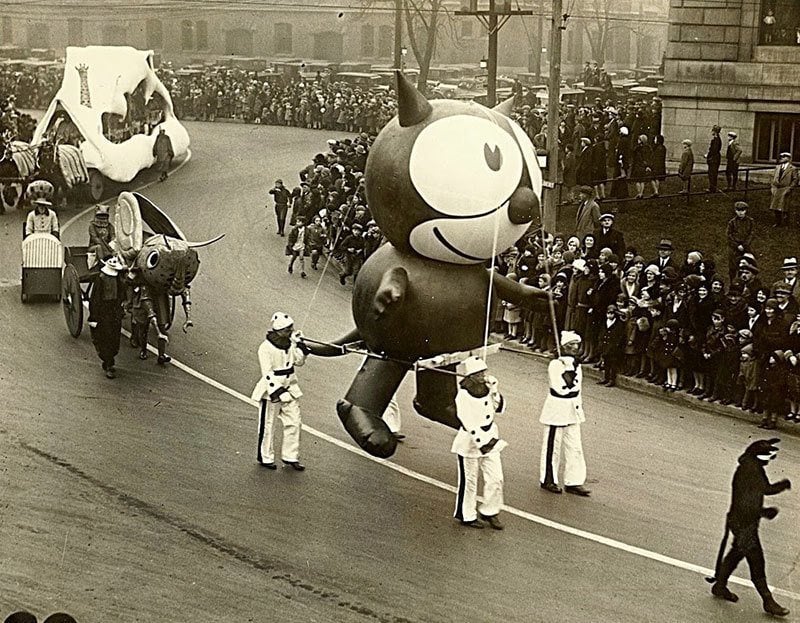 Felix the Cat, the first character balloon debuted at the Macy’s Thanksgiving Day Parade, made his first appearance in 1927. Source: Vintage Everyday 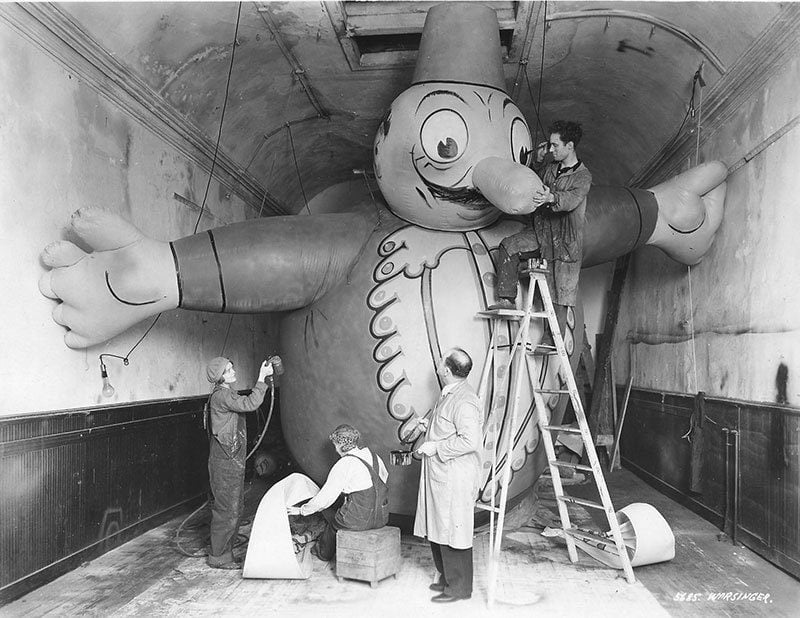 Tony Sarg---pictured here with one of his creations---was commissioned by Macy’s Department Store to create many of the parade’s earliest balloons. Source: PRINT 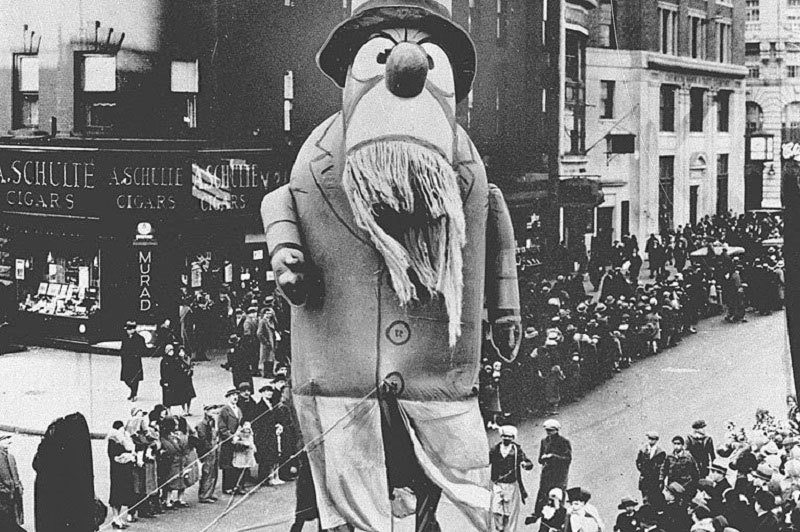 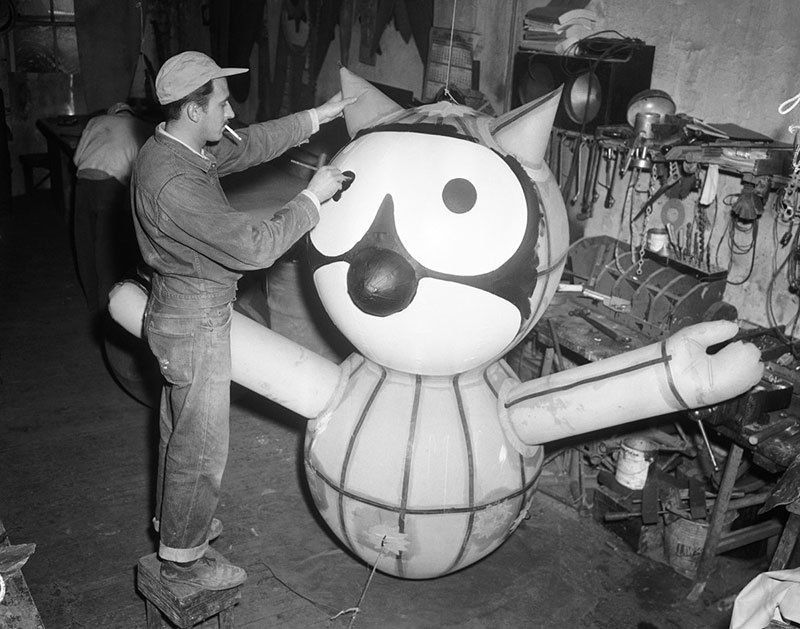 An early animal balloon in construction. Source: We Sleep in Tents 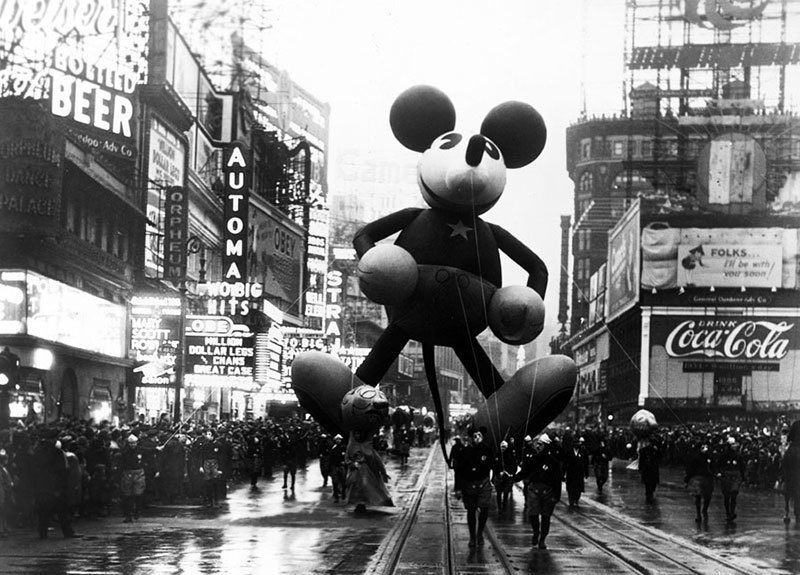 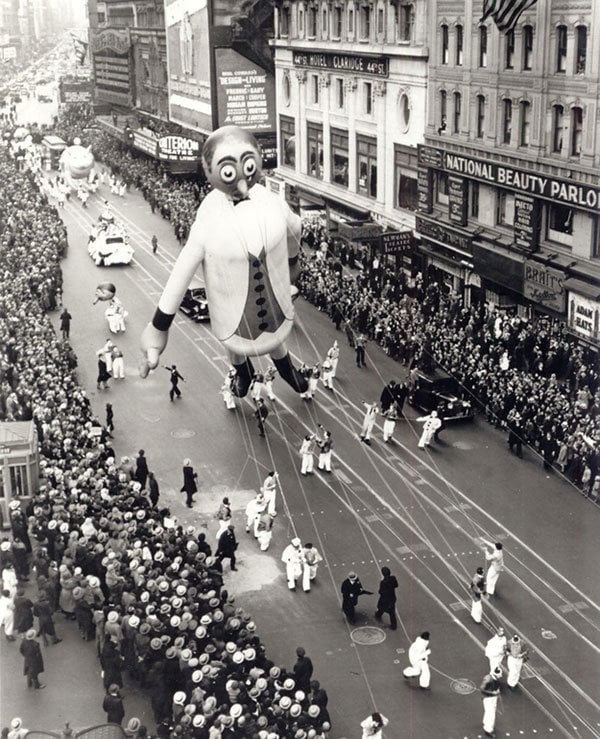 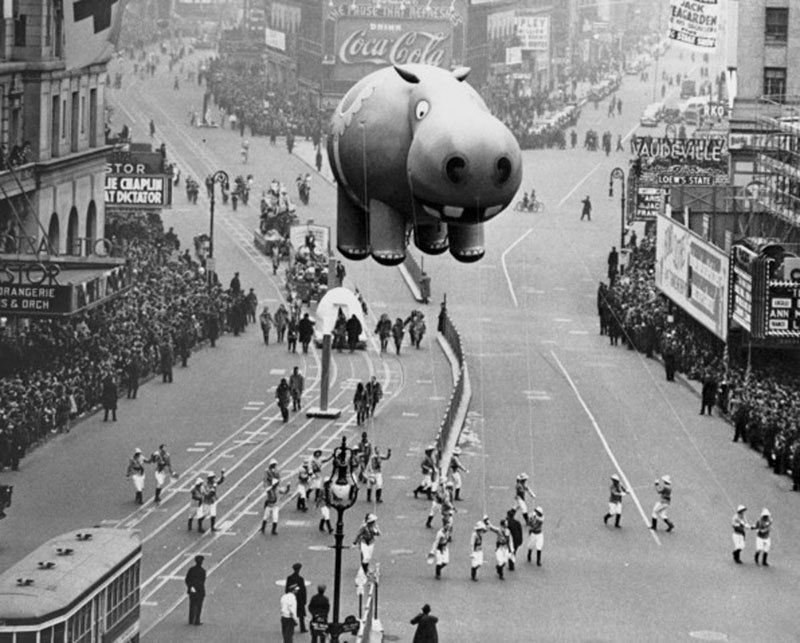 A hippo balloon delights thousands of people who crowd to catch a glimpse of the parade. Source: Lomography 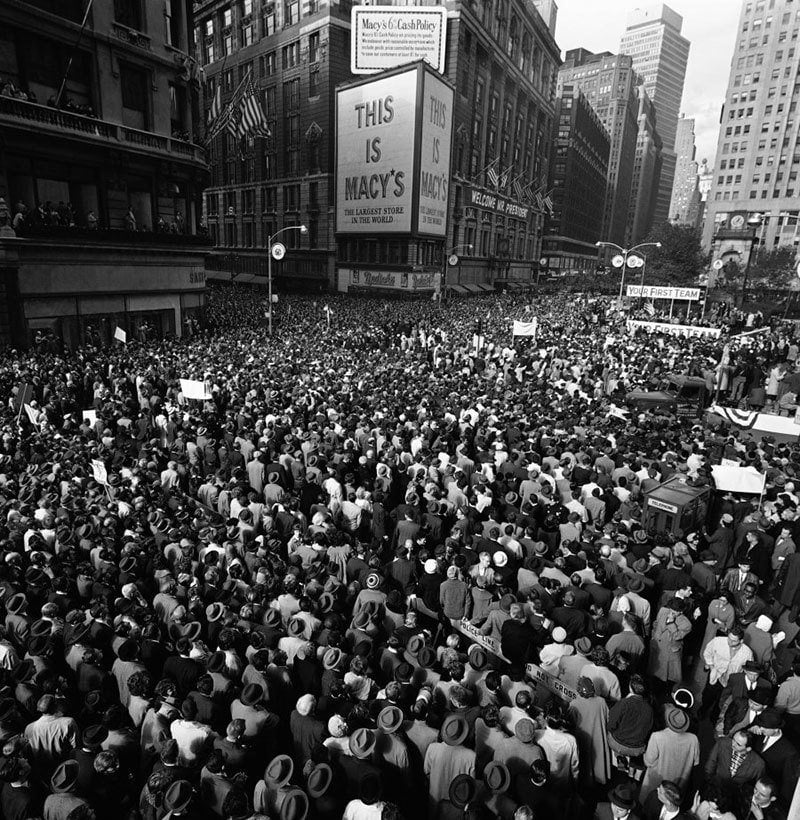 Spectators fill the streets to catch a glimpse of the Thanksgiving parade. Source: We Sleep in Tents 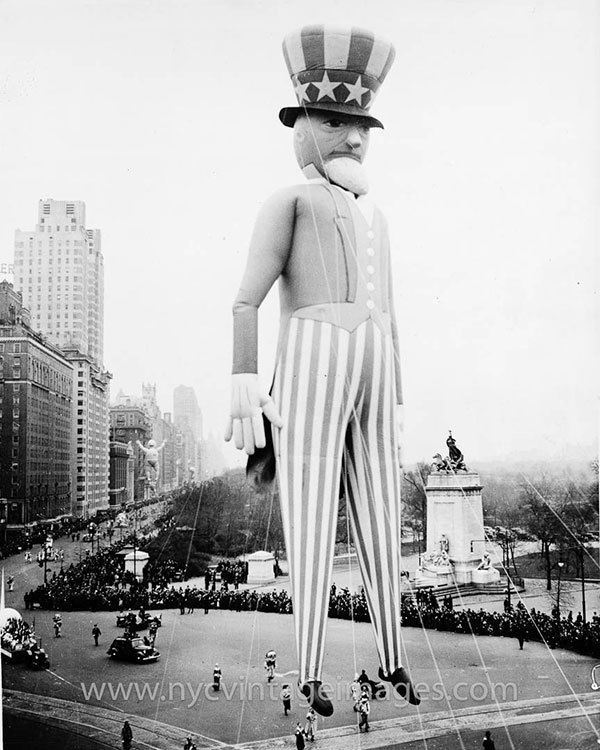 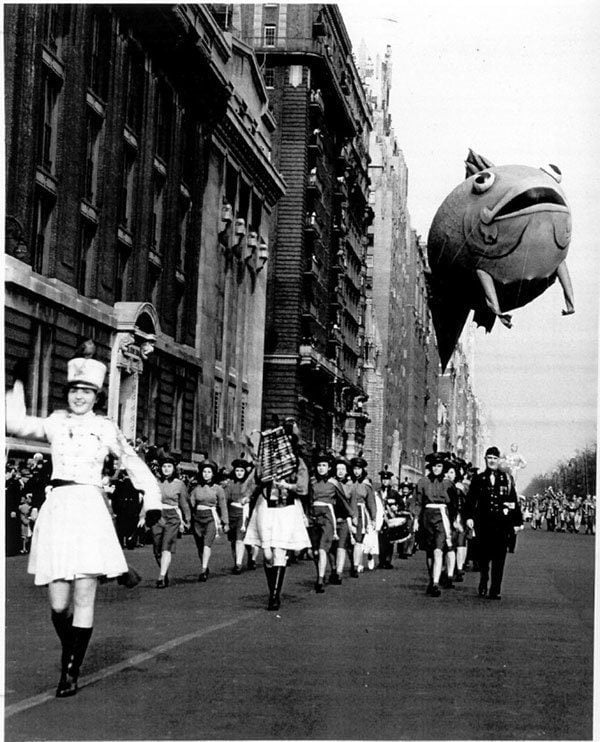 In 1938, this fish balloon floated through the Macy’s Thanksgiving Day Parade. Source: Wired 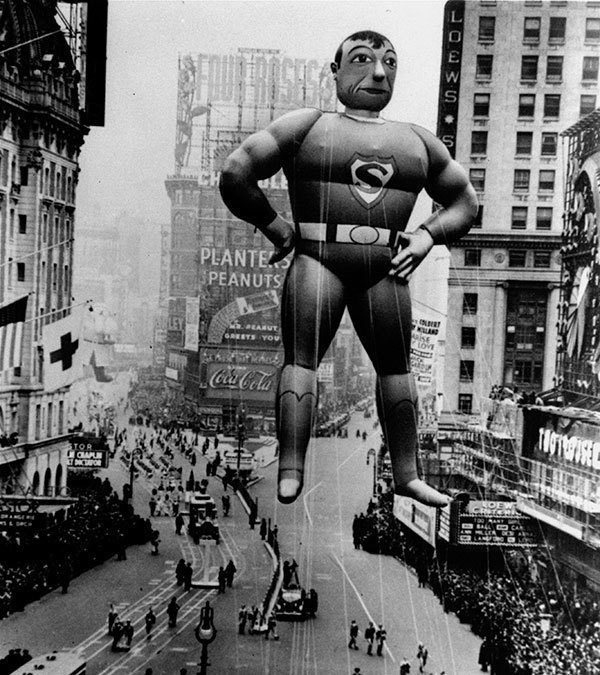 Superman makes an appearance at the 1940 parade. Source: We Sleep in Tents 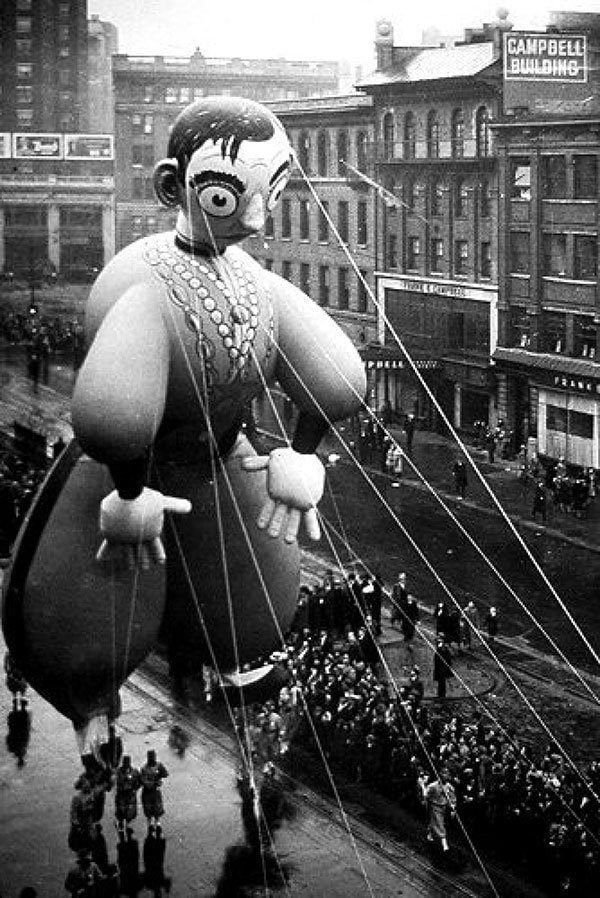 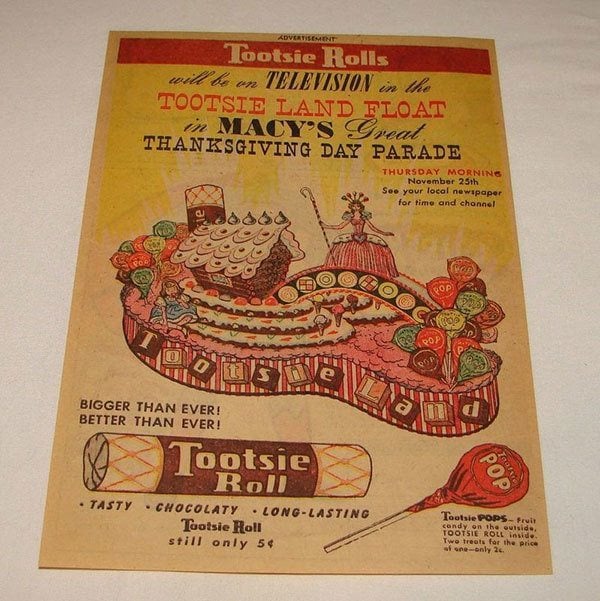 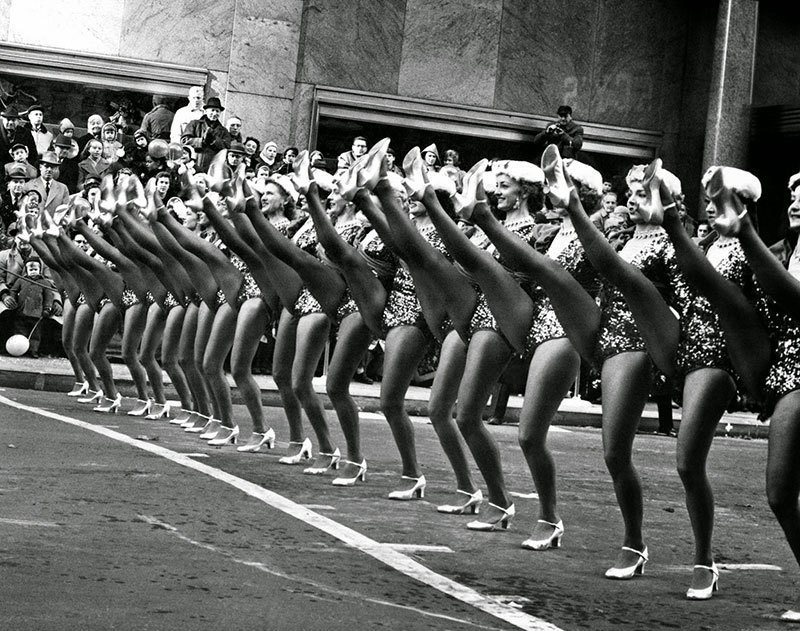 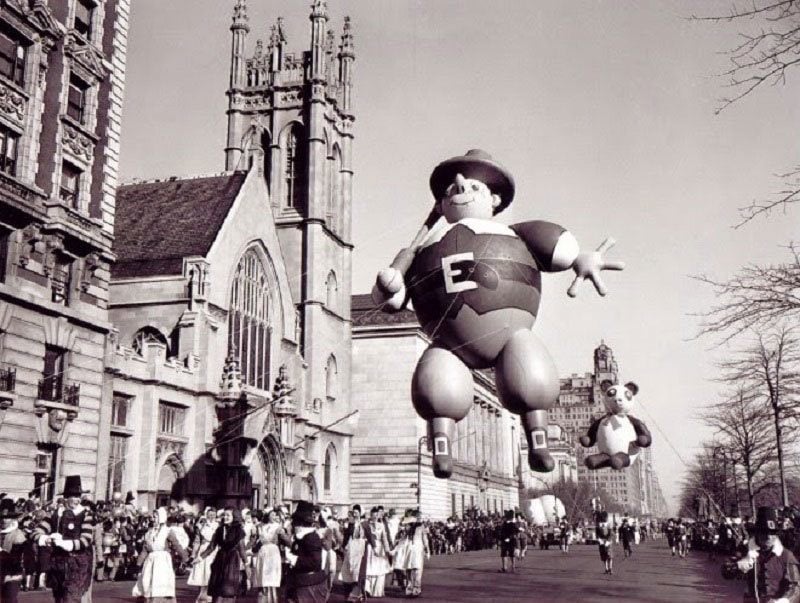 Both a pilgrim and a panda made it into this Macy’s Thanksgiving Day Parade. Source: Vintage Everyday 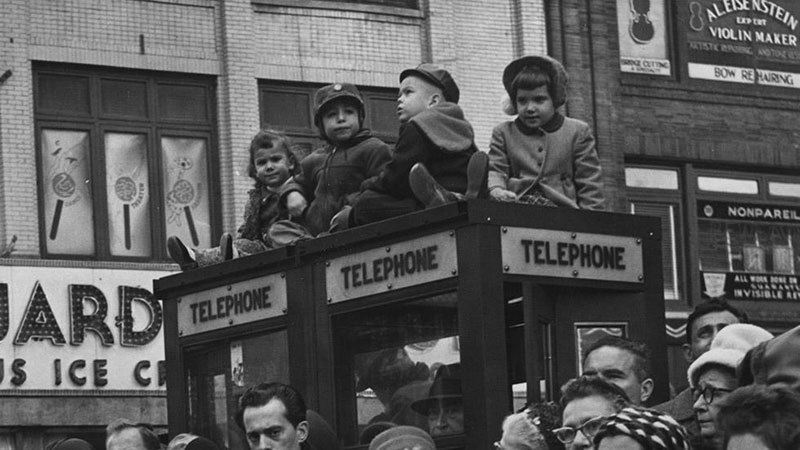 Children gather in the streets of New York to watch the 1961 Thanksgiving parade. Source: The Weather Channel 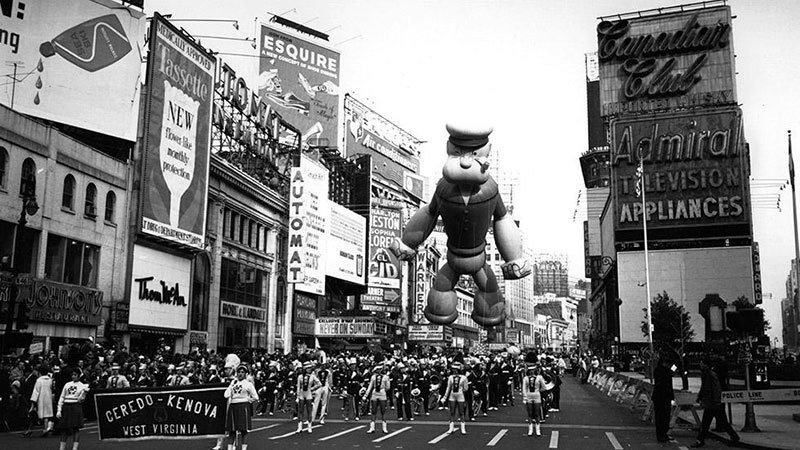 Popeye makes an appearance at the 1961 parade. Source: The Weather Channel 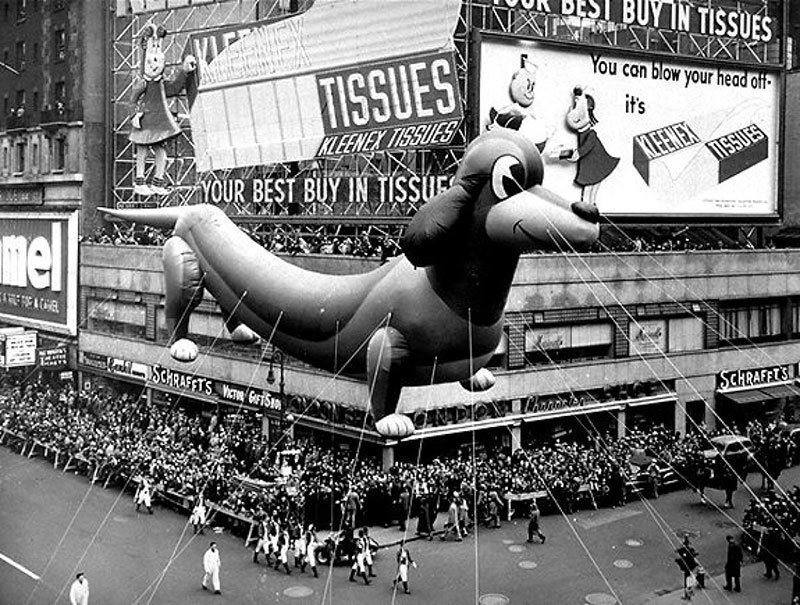 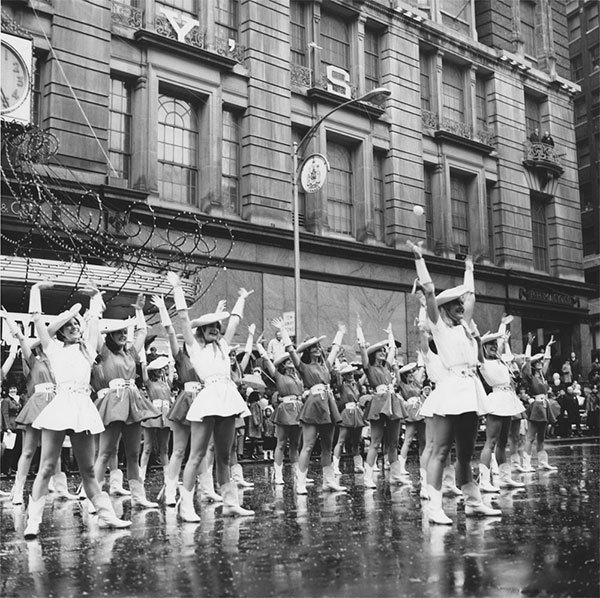 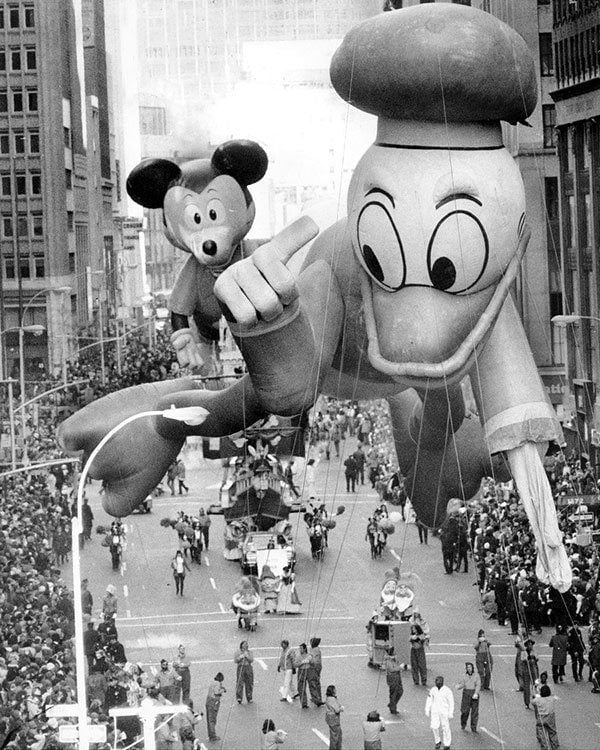 In the 1972 parade, Mickey Mouse and Donald Duck made their way through the streets of New York to commemorate the first anniversary of the Walt Disney World Resort. Source: Disney 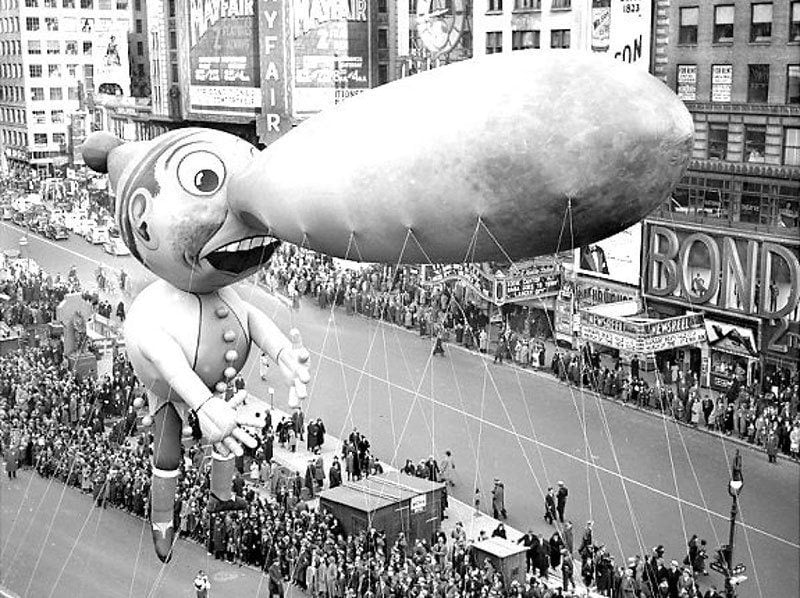 Pinocchio and his massive nose were literally larger than life in this parade. Source: Ranker